With Nintendo staying tight-lipped about the sequel, fans of Zelda: Breath of the Wild are still discovering new things in the game.

You Are Reading :Zelda Breath of the Wild Fans Discover Link Can Ride Barrels 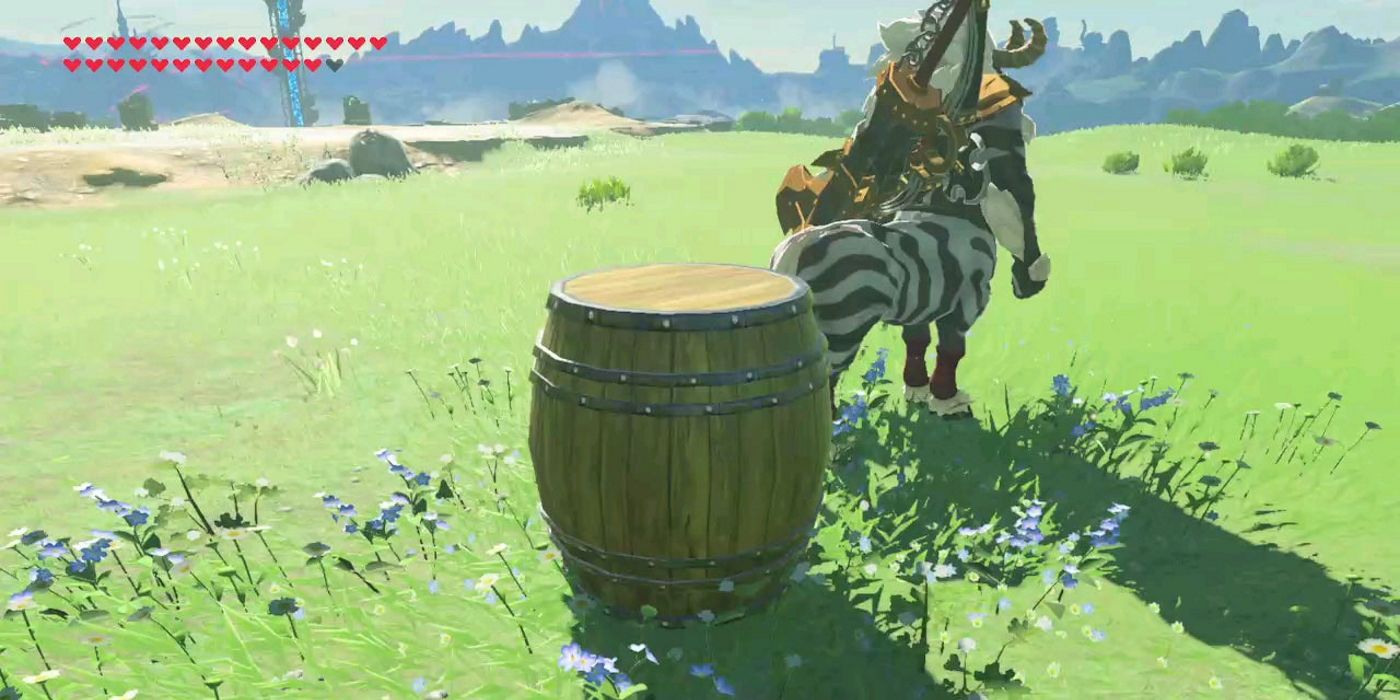 The sequel might not even have a confirmed title yet, let alone a release date, but fans of The Legend of Zelda: Breath of the Wild are keeping themselves occupied in the meantime. Plenty of secrets, tricks, and glitches have been discovered in the four years since the game’s release, and even what might seem like some relatively obvious mechanics like breaking walls without bombs are only just being unearthed by dedicated gamers with hundreds of hours in the game.

One of the best aspects of Breath of the Wild is undeniably its scale and attention to detail, along with its intricate and interlacing systems providing endless amounts of content and charming little mini-stories in each playthrough even now. Whether this is a rarely-seen detail in Calamity Ganon’s chambers suggesting a thousand-year-removed premonition or the telling placement of Link’s house in Hateno Village, the game is full of little secrets to uncover. Still, players probably weren’t expecting to discover a whole new way to get around Hyrule this late in the day, let alone that that method would hinge on the humble barrel.

Barrels appear in a few places in the game, but for the most part they don’t serve much purpose: smaller ones can contain resources like food or arrows, and if Link is careful he can use the larger ones found in places like the Great Plateau to hide from enemies like Metal Gear Solid’s Solid Snake, but most players would probably run right past them without a second thought. However, a few curious fans have discovered that the barrels are actually rideable, however slapstick it might look to the casual observer.

Fans of Wind Waker’s sailing will be thrilled to hear that as well as being rideable, the barrels float in water, though Redditor XprtGamer44 warns that “it’s hard to balance in water” and that taking your wooden companion all the way to, say, Eventide Island “would require practice and patience.” And as someone who’s plugged almost 1000 hours into The Legend of Zelda: Breath of the Wild, they probably know a thing or two about patience.

Part of the charm of this discovery is that it just seems to be a result of the game’s systems working together as intended, showcasing the extraordinary attention to detail the developers showed in the making of the game. No dodgy exploits and glitches here such as those employed to avoid the wrath of the Flower Lady at one of Breath of the Wild’s shrines: just a meticulously-crafted physics system that adds another small detail to an already impressively dense world.

It certainly puts a lot of pressure on the game’s sequel, which is currently in development, to deliver an expansive experience that is at least as well-made as the original, if not better. Just when everyone thinks they’ve managed to wring the last bit of fun out of Breath of the Wild, something like this comes along. Perhaps the next thing to investigate should be the big barrel’s use in combat.