You Are Reading :Watch ‘Batman v Superman’ Featurette Maps Out the Conflict

We’re now a week away before Batman v Superman: Dawn of Justice hits theaters, and if you still don’t know why these two heroes are clashing, a new featurette has arrived to really lay out the conflict. Plus, DC fans get some more new footage from the highly anticipated film.

Directed by Zack Snyder, Batman v Superman centers on the repercussions of Man of Steel. Bruce Wayne (Ben Affleck), having been in Metropolis during the destructive match between Superman (Henry Cavill) and General Zod (Michael Shannon), blames the Kryptonian for the damages and fears for the implications of his near limitless power. Meanwhile, the Man of Steel is looking at Batman as an out-of-control vigilante who’s run a mock of Gotham City. Smack dab in the middle is Lex Luthor (Jesse Eisenberg), a titan of industry who hates Superman, is direct competition with Wayne, and fuels their face-off.

What the video doesn’t touch upon are the other bits that point to the latter half of the film’s title, Dawn of Justice. Gal Gadot debuts as Diana Prince/Wonder Woman in this cinematic universe to help Supes and Bats battle Doomsday, a Luthor creation from the remains of General Zod. There are also numerous teases to comic book villain Darkseid, a conquerer and destroyer of worlds. Previous trailers for the film have teased Darkseid’s insignia (scorched onto the Earth) and his flying monkeys (a.k.a. para-demons) carrying off black-clad soldiers. Then there’s this shot from the featurette.

Based on the setting, it seems like it takes place in the same place as the other two Darkseid teases, but this one shows a pillar of flame in the background. The character has been shown in various comics and animated films as wanting to terraform the Earth, could be an explanation for this desolate location.

Batman v Superman: Dawn of Justice will further set up the DC cinematic universe for the standalone Wonder Woman film, as well as Justice League: Part One, both of which debut in theaters next year. 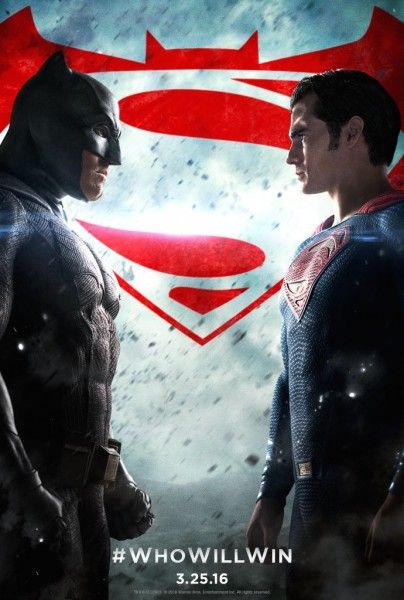