Popular Twitch streamer and political commentator HasanAbi watches as the US Capitol building is stormed by angry Trump protestors.

You Are Reading :Twitch Streamer HasanAbi Live Commentates Storming Of US Capitol 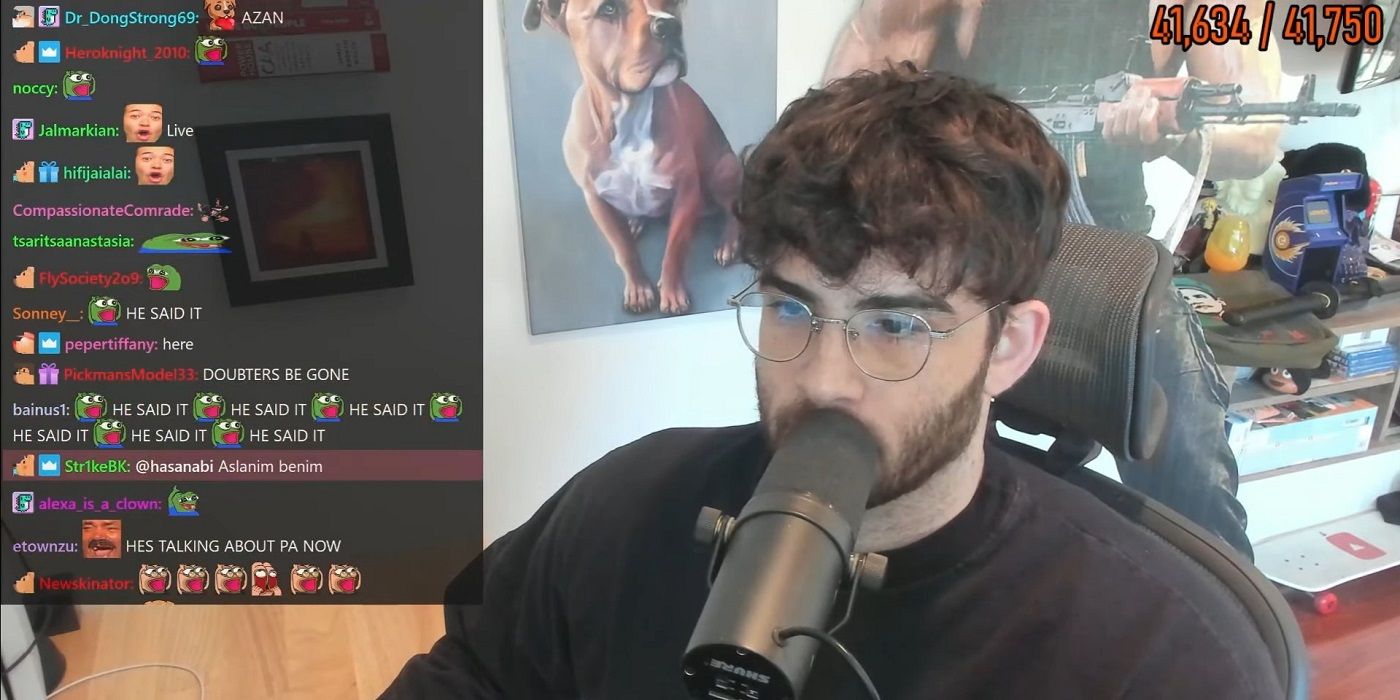 Twitch is a streaming platform that primarily focuses on video games, although in recent years, it has opened up to include many categories. During the US presidential debate and election, many viewers tuned into the Just Chatting category, watching 305,000 hours of coverage. 34% of the viewership was held by political commentator and former host of The Young Turks, Hasan Piker, known as “HasanAbi” on Twitch.

Hasan often streams in the Just Chatting category when focusing on his political commentary. His stream of the presidential debates drew over 125,000 concurrent viewers, and his Among Us stream with democratic representative Alexandria Ocasio-Cortez drew over 400,00 viewers. Although Piker is currently playing The Witcher 3 and was a minor character in the chaos of the Rust Offline TV Server, he was recently focused on the build-up to the Georgia Senate Runoff Election results.

Today, as HasanAbi live-streamed the coverage of the joint session of Congress to count the electoral votes, a chatter linked a tweet showing Trump supporters breaching the Capitol building. According to the tweet, the supporters tore down 4 layers of security fencing, fought through federal police, and were attempting to occupy the building. Piker stuck to his commentary as the situation grew increasingly tense, with the streamer sharing with his audience tweets that warned Senate members to “get in an office.”

Moments later, the pro-Trump insurgents were actively roaming the building. HasanAbi commented as he visited multiple streams, noting that “The hogs have breached the Senate!” Despite this comment in jest, the streamer highlighted a reminder from his moderators stating that anyone advocating for death would be banned from his chatroom.

The aftermath of the situation saw one woman shot and killed, with five others being taken to the hospital and an IED being recovered on Capitol grounds. Congress halted their proceedings to verify President-elect Joe Biden’s victory, although the Senators reconvened shortly after to continue the certification. Additionally, the residents of Washington DC have been placed under curfew as of 6 PM EST. The full details of the story are still developing as of the time of this writing.

The eruption of violence in DC follows President Trump’s continued insistence that the general election was stolen from him – a claim that has been rejected by various courts around the country. Just before the proceedings began, Vice President Mike Pence formalized his views in a letter, declaring his inability to change the results of the election. Amid the chaos of the breach, President Trump voiced his rage at Pence.

This election cycle has seen a mix of politics, gaming, and live-streaming rolled into one. While politicians like Andrew Yang have seen positive reception for embracing the video game community, the Trump campaign’s attempt to use Twitch resulted in their channel being suspended due to “hateful conduct.” President Trump released a video response calling for his supporters to “go home” following the breach, although it’s numerous references to widespread voter fraud resulted in Facebook, Twitter, and YouTube removing it.