You Are Reading :Transport Fever 2 review

Over the years I’ve shouted a lot of weird stuff at my PC in frustration. My poor black rectangle has been on the receiving end of all manner of cursing, insults, and childish outbursts. None of them, however, have been quite as embarrassing as when I yelled “use my train, you pricks!” at Transport Fever 2.

I was trying to modernise Scotland, you see (always a challenge, hohoho! Oh wait I live in Scotland please don’t hurt me). Part of this involved building a passenger train line from the Highland town of Fort William to the burgeoning metropolis that was nineteenth-century Glasgow. I got the line set-up easily enough, but those bloody Highlanders outright refused to use it. It appears the phrase “there can be only one” also refers to the use of post-industrial transportation.

Several expensive ghost-trains and one tantrum later, I started to wonder if the problem wasn’t the people of northern Scotland, but Fort William itself. I promptly established a new bus service (of the horse and cart variety) ferrying Gaels from the far end of town to the station. Success! Use of the Caledonian Express began to pick up, and my angry red finance chart gradually ascended back into the black.

This mixture of frustration and elation sums up my experience of Transport Fever 2, a game in which you turn idle rural backwaters into engines of productivity by connecting them together with planes, trains and automobiles. Its detailed logistics simulation is a delight to tinker with, but it’s not always the most elegant vehicle to pilot, with an underwhelming top-speed and several annoying blind-spots. 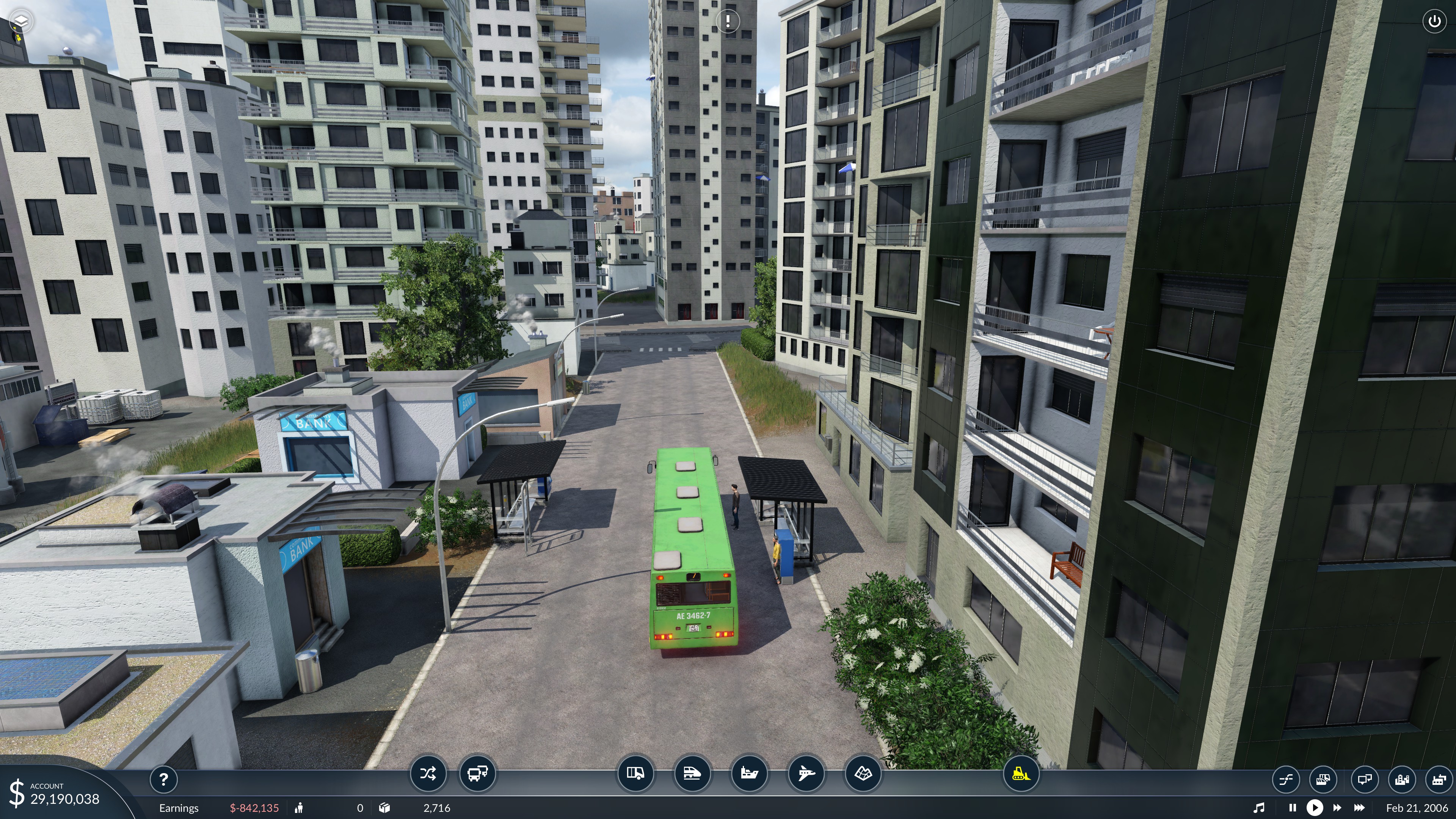 Transport Fever is basically a colour-flipped Cities: Skylines. Rather than manually expanding settlements and providing public services, your priority is what happens in the space between urban spaces. You make money by picking stuff up in one place and then dropping it off somewhere else. That stuff can be either people, products, or resources.

Let’s say you’ve got a town that wants bread, for example. To supply that settlement with the staff of life, you need to connect a grain farm to a food production factory, then connect the factory to the location in question. You might choose to do this by road, building truck stops at all locations, connecting them together to form a new “Line”, then assigning several trucks to that line to perform the necessary logistics.

You receive payment whenever goods or people are successfully delivered to another location, though that amount varies considerably depending on the type of cargo and the distance it has travelled. You also need to consider how much your transportation chains cost to maintain. Delivering bread by truck is relatively cheap, but it’s also slow, while an individual lorry doesn’t carry that much cargo. A railway line will get more bread to its destination faster, but trains have high purchase and maintenance costs, so you’ve got to make sure you can pack your wagons full of goods before your locomotive arrives at its final destination.

Transport Fever 2 is most enjoyable at two specific points of play. The first is when you’re setting up a new line, figuring out the most cost effective way to get machine parts to Rochdale (TF2 uses randomised maps with real location names), utilising the same train lines without blocking any other routes, establishing a bus service without causing a traffic jam. It’s an engrossing puzzle. Getting everything running like clockwork is supremely gratifying.

See also  Destiny 2 A Complete Guide To Taniks The Abomination 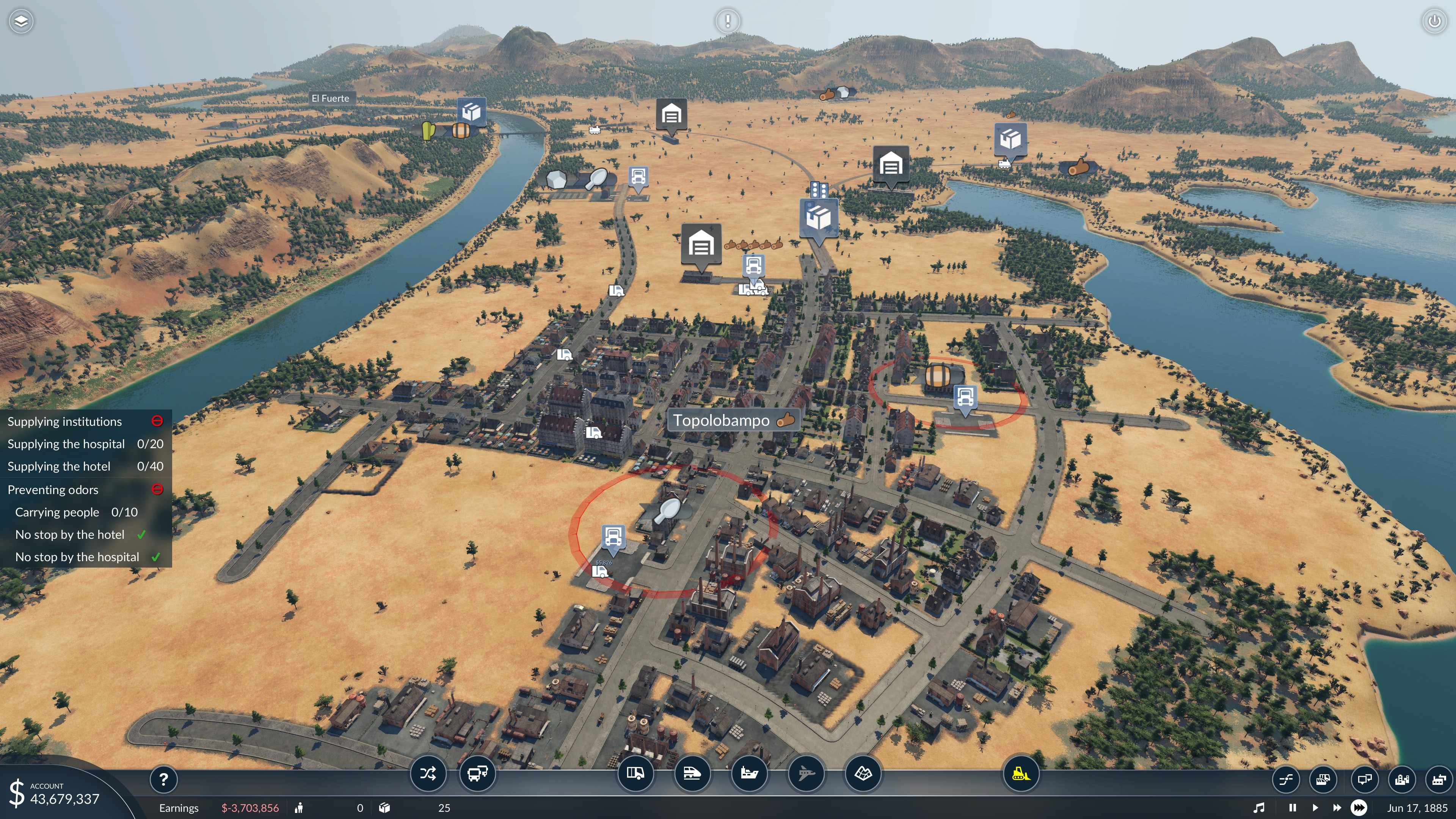 The second is watching those cogs turn. TF2 is brimming with detail. The way cargo stacks up on train platforms and truck bays, the way your public transports affects how civilians move through cities. The vehicle models are wonderfully intricate, down to the flecked paint on diesel trains and the soot stains on old ferries. Transport Fever 2 boasts three distinct historical periods that take you from the steam engines and horse-drawn wagons of the 1850s through to the bullet-trains and jet-liners of the year 2000.

Between those two points, trouble emerges. Altering lines and trains once they’re in place is very fiddly. You can’t simply add in a new bus stop, for example. You must redraw the entire line. Trains, meanwhile, can only be altered in the depot. If you want to make changes on-track, you have to replace the entire train. This would be less of a problem if such alterations weren’t frequently required, as you make new connections which require you to change routes and accommodate for new cargo.

Moreover, while Transport Fever looks great, interactively it lacks the slickness of Cities: Skylines. Roads don’t always connect neatly to infrastructure, leaving unsightly trails in the gap like asphalt spiderwebs, while it’s very easy to misalign railtracks without noticing, forcing you to later scour the map for a tiny break in the chain. When there is a problem with your transport lines, TF2 can be quite vague on what the actual issue is. It would benefit enormously from a “zoom-to” function when a problem is identified. These and other finicky mechanics slow your progress to the point where adjust the route of a train-line can take half an hour. 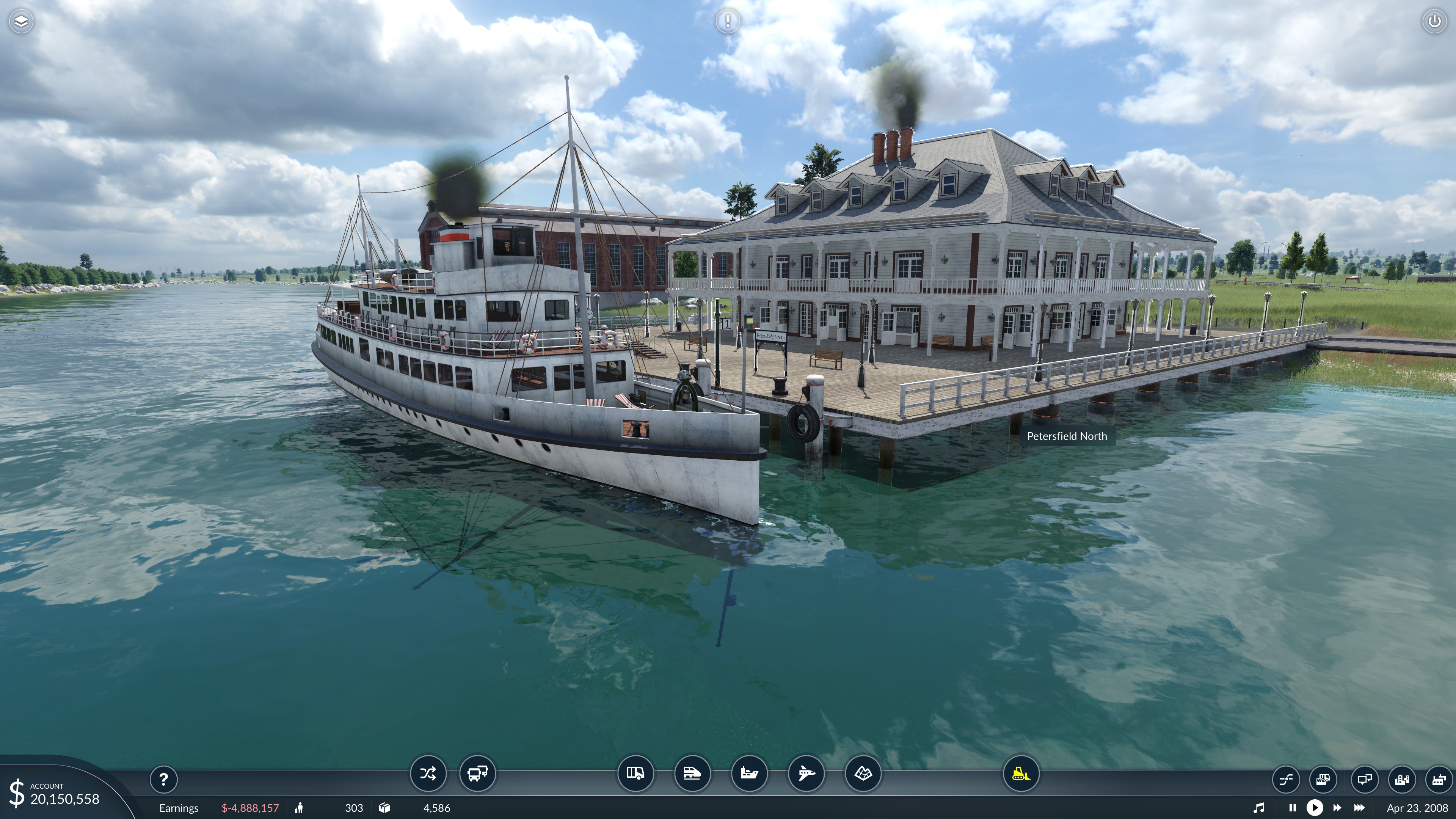 I should also make quick mention of the campaign. which acts as a detailed tutorial to the free game mode. It’s largely well-designed, featuring a wide variety of missions and a good mixture of directed and more open-ended objectives. However, the early game has a strong colonialist bent, in one level literally casting you as the industrial hero bringing civilisation to island savages.

The game forewarns you that it is simply assuming a particular historical worldview, clarifying that the thematic approach is not representative of the developer’s own views. But that’s not an excuse for the inelegance with which is approaches the subject. It’s not like the game is invested in exploring the theme beyond taking what it needs from it, which is more than a little ironic.

It’s particularly odd in what is otherwise a laid-back, gently enjoyable virtual train-set. Transport Fever 2 is hardly a genre trailblazer, but its journey is pleasant enough and despite a few delays, ultimately gets you where you want to go.