‘The Night House’ Trailer: Rebecca Hall Is Seeing Double — Does That Mean She’s in Trouble?

Hall stars in the upcoming horror feature from Searchlight Pictures.

You Are Reading :The Night House Trailer Rebecca Hall Is Seeing Double — Does That Mean She’s in Trouble 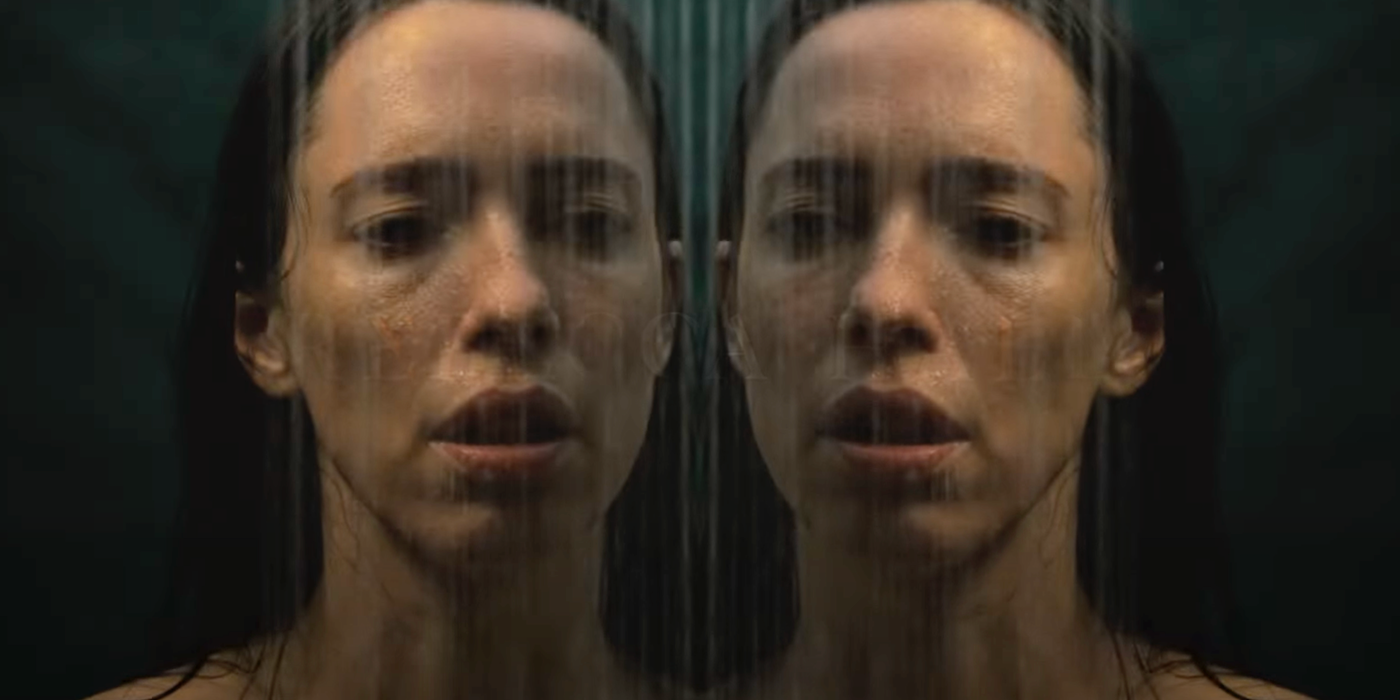 Searchlight Pictures’ trailer for The Night House is here to give us a chilling look at director David Bruckner’s (Southbound, The Ritual) new take on grief. In addition to an official trailer, this new horror feature also has an official poster featuring its star, Rebecca Hall.

The trailer presents us to the grieving widow Beth (Hall), dealing with the recent death of her husband (Evan Jonigkeit). All Beth has left are her memories and a strange note, in which her husband says she was right and there’s nothing beyond life. That’s not exactly Beth’s personal experience because once she’s all alone she begins to see things that weren’t supposed to be there. This includes a pair of creepy bloody footsteps coming out of the lake close to her house and ghostly apparitions. This could already be good enough for a ghost story, but The Night House brings us something a lot more unique.

As the trailer. moves on from the griefing and haunting, we also get to see Beth investigating a mystery in her husband’s past, which in turn leads her to find a house that’s the exact opposite of her own home. This house is a mirror image, built backward, and the trailer shows us another woman laying on a couch, on the inside. This woman is an exact copy of Beth herself. Parallel dimensions? Copycats? Time-traveling? We can’t tell from the trailer, but definitely count me in! We need fresh ideas in horror, especially when a movie decides to tackle a subject such as the loss of loved ones, and the burning human desire to know if there’s something waiting for us after we die. 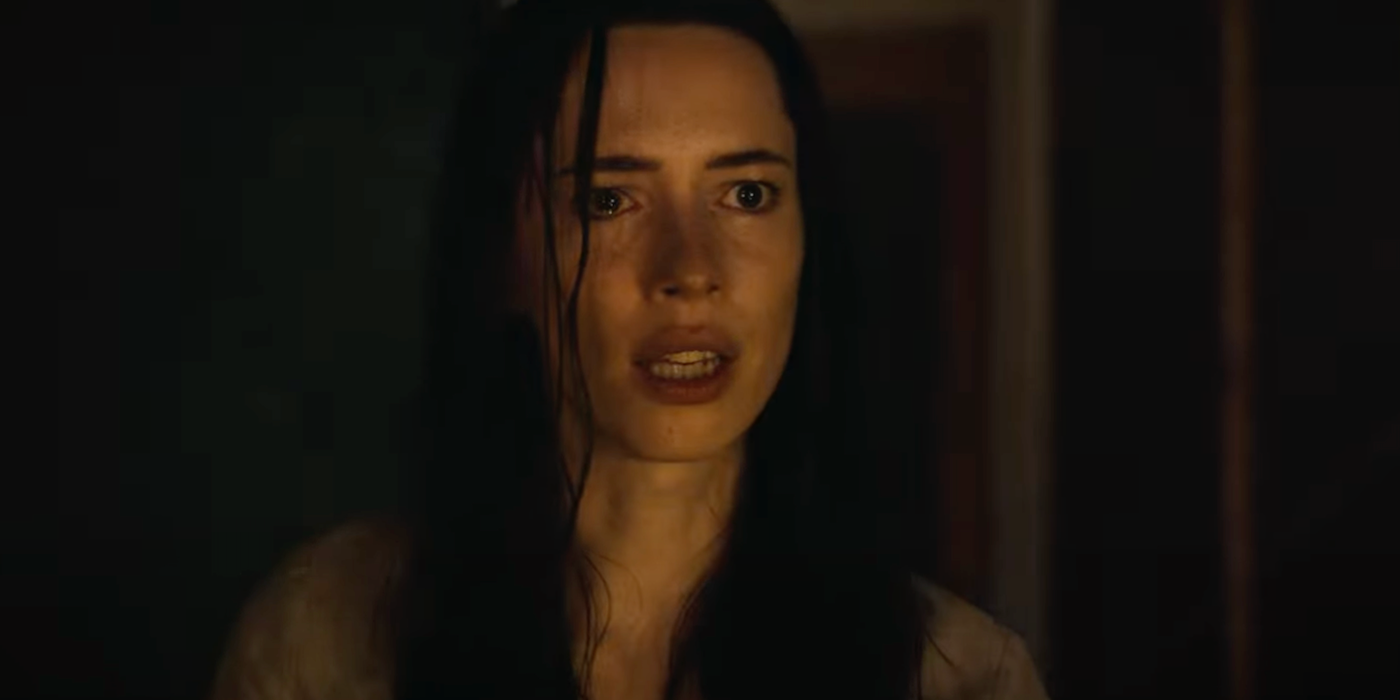 The poster released with the movie (which you can check out below) also shows Beth under a red moon, touching an invisible figure standing in front of her. The spectral presence is also touching Beth’s face, which can be seen by the hand-shaped cut in the image. It’s another nod to the movie’s premise, which could see two versions of Beth put together, as the trailer teases.

The Night House is written by Luke Piotrowski and Ben Collins. This noteworthy screenwriting duo is also credited as future writers for the Hellraiser movie reboot, which Bruckner is also set to direct. In addition to Hall and Jonigkeit, the cast of The Night House includes Sarah Goldberg (Barry, Elementary), Stacy Martin (Nymphomaniac: Vol. I) and Vondie Curtis Hall. Before The Night House hits theaters this summer, we’ll see Hall in Godzilla vs. Kong when it gets released this week in theaters and on HBO Max.

The Night House will be available to theaters on July 16. You can check out the trailer below.

Here’s the official synopsis and poster for The Night House.

“Reeling from the unexpected death of her husband, Beth is left alone in the lakeside home he built for her. She tries as best she can to keep it together – but then nightmares come. Disturbing visions of a presence in the house calling to her, beckoning her with a ghostly allure. Against the advice of her friends, she begins digging into her husband’s belongings, yearning for answers. What she finds are secrets both strange and disturbing – a mystery she’s determined to unravel.” 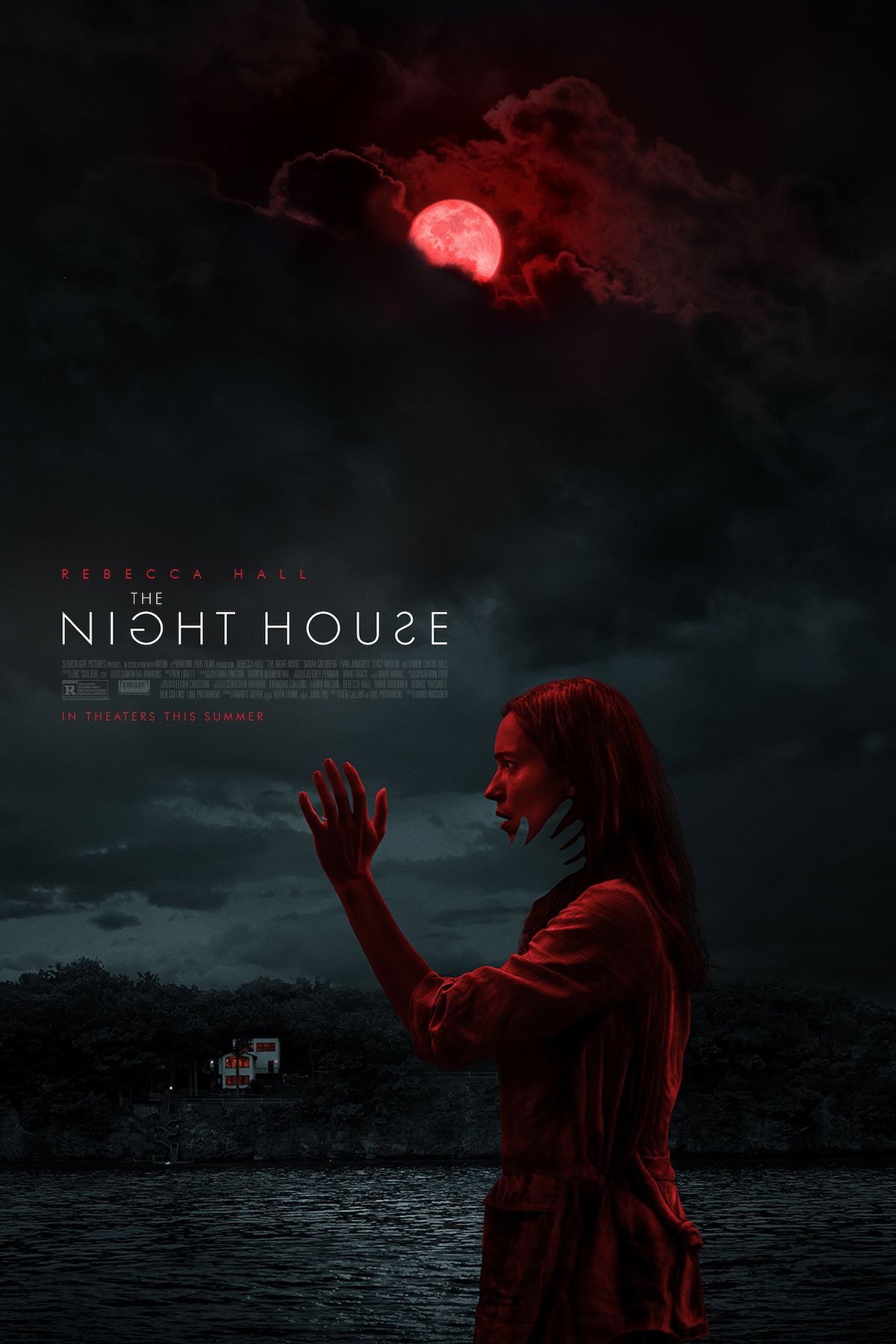