The Next Terminator Game Should be More Survival Horror, Less Action Based

The Terminator is no stranger to video games, but a future effort should look to the horror themes of the original film for inspiration.

You Are Reading :The Next Terminator Game Should be More Survival Horror Less Action Based 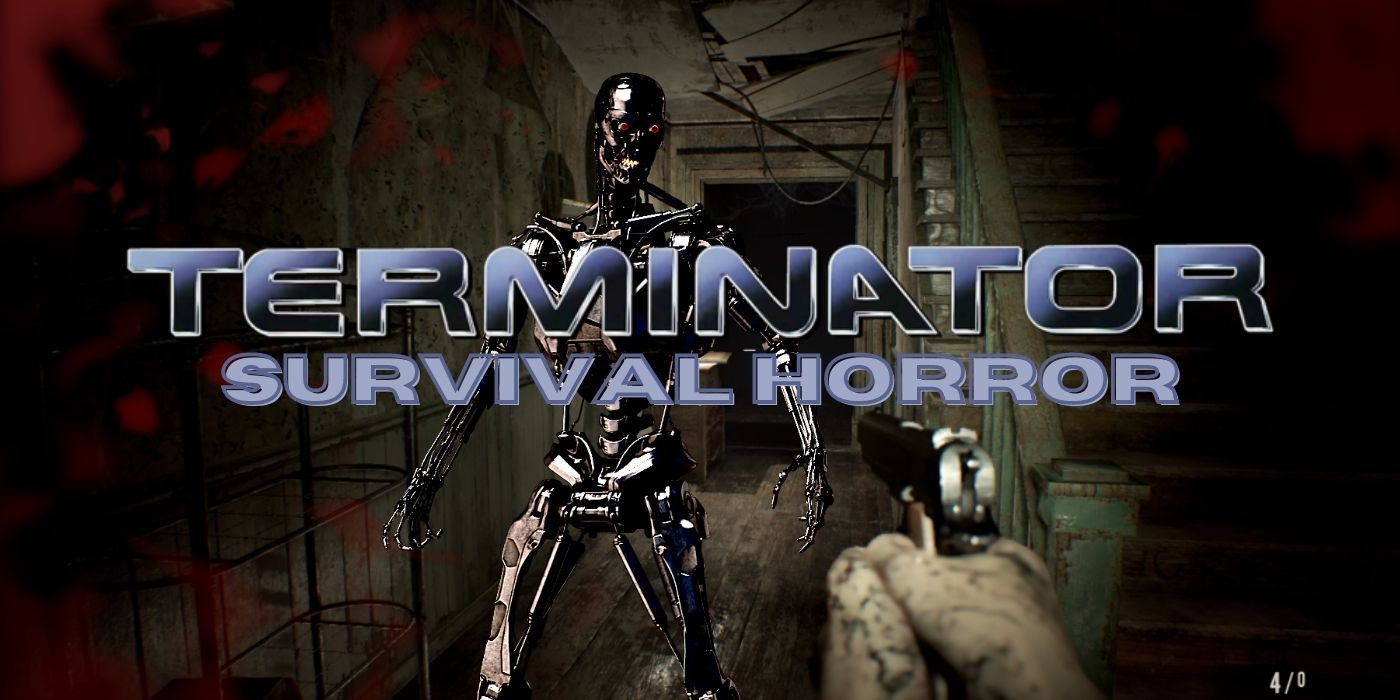 There are those who would argue that the Terminator franchise in itself should also be terminated, after a string of subpar film sequels. Whether its a bland narrative, mediocre action or dry performances, these follow-ups always seem to fall short in comparison to the incredible bar set by the first two movies. At the same time, the Terminator storyline is a compelling one, with humanity’s last stand against a menacing machine in a war-torn future can make for thrilling and engaging content.

The franchise can continue to live on in other mediums, such as the recently announced Terminator Netflix series, and even in the form of video games. As fun as it may be to smash these metal mother truckers into junk, adapting the Terminator into an action game may be a bit too obvious. The movies have been chasing the scale of Terminator 2: Judgement Day for years, and the recent Terminator: Resistance also tried to replicate the excitement of other first-person shooters but set within the Terminator world. The solution for a compelling Terminator game may be to examine the first movie’s horror/slasher themes, in an attempt to deliver a far more tense experience not far from what is seen in the survival horror genre.

See also  These Are The Most Discussed Games On Twitter

The Terminator Can’t Be Reasoned With 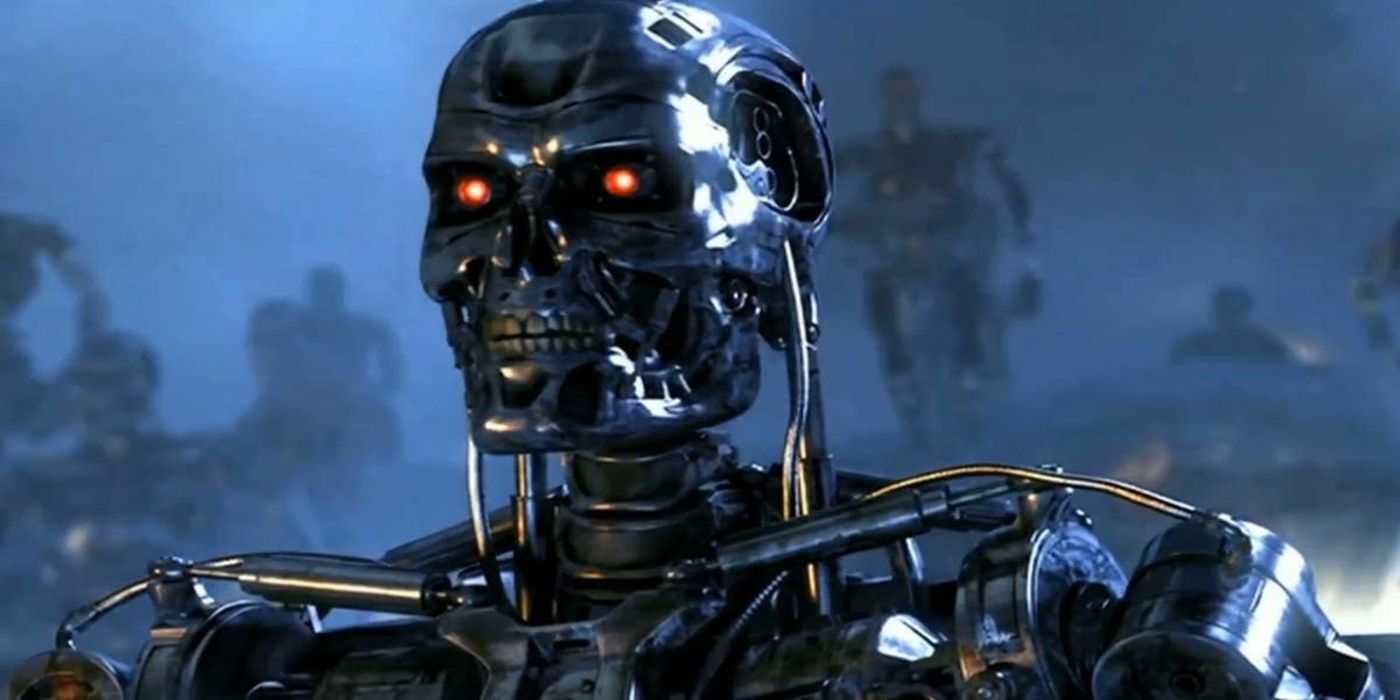 The Terminator is a terrifying sci-fi icon, due to its commitment to hunting down a target and practically being close to impossible to destroy without the weapons of the future. To return to the aforementioned first Terminator film released in 1984, much of the suspense was attributed to how Sarah Connor and Kyle Reese were massively outmatched by the T-800, as the weapons available were essentially useless and would only slow down the Terminator at best. A shotgun blast would merely stagger it, or a direct hit from a car would only cause it to stumble, and a blaze of fire would serve no more than a minor nuisance to it.

With all of this in mind, how much more exhilarating would it be for the player to be hunted by one Terminator, that can’t be killed, with the main objective being to hide or escape. As stated, blowing these robots away with high tech weapons is fun, but after a while, the thrill may subside and devolve into repetition. Why not allow a developer to take full advantage of the destructive potential of a T-800 and make it the single, scary obstacle in a focused survival horror experience.

A fellow sci-fi franchise had a similar treatment in 2014 with Alien: Isolation, ditching the more action-focused approach of Aliens: Colonial Marines. This much slower and intense experience was a fresh spin on the brand’s video games, taking full advantage of the monstrous Xenomorph and its abilities as a stalker and imposing foe. A T-800 is just as relentless and brutal in its methods as a killing machine, qualities which aren’t far off from established video game antagonists like Mr. X in Resident Evil 2. 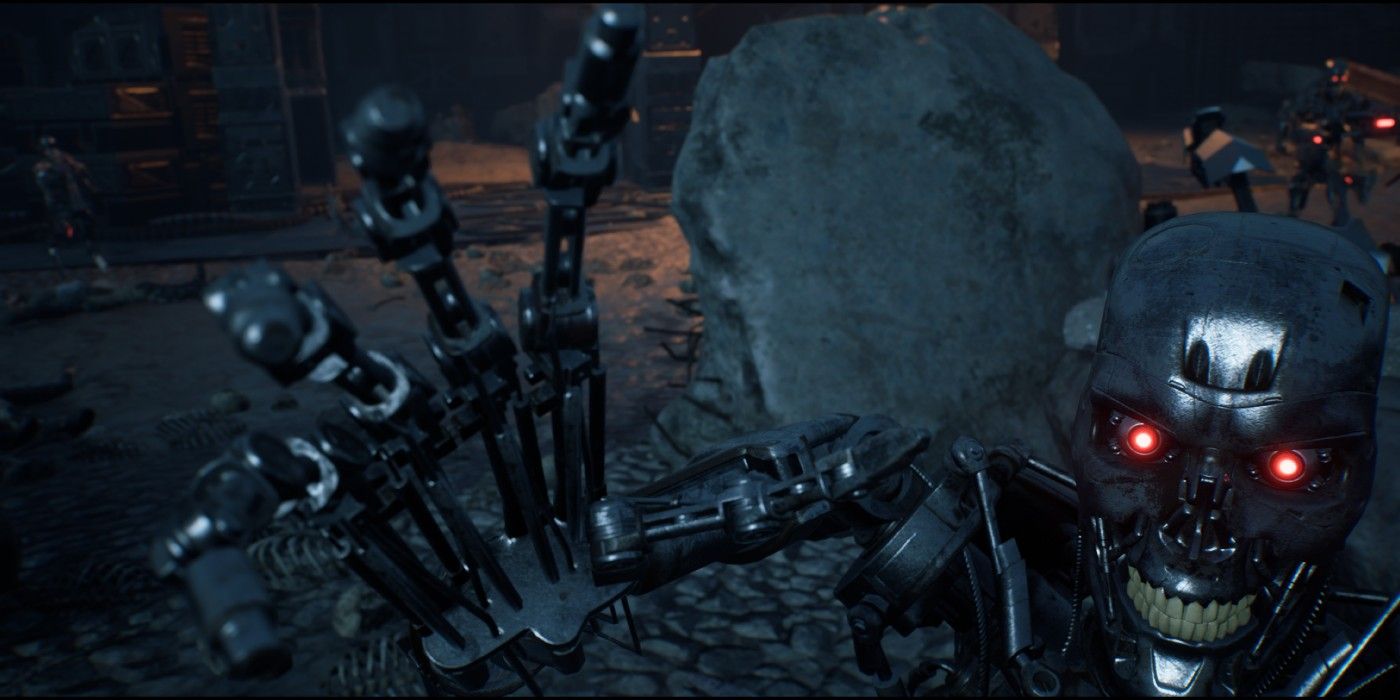 Speaking of the Resident Evil franchise, its recent entries have placed an emphasis on a “less is more” philosophy, resulting in fewer opponents that pose a more formidable threat. In Resident Evil 7, aside from The Mold creatures, the Baker family serve as the only physical opposition to the player, with traditional weapons doing very little outside of scripted battles. The only option in these scenarios is to run or hide, as direct combat will certainly lead to failure against an otherwise unstoppable enemy.

A similar approach can be taken with how a player interacts with the T-800, making items and weapons only capable of slowing the metallic menace down to provide a few split seconds to run away. Of course, this in itself could become a repetitive gameplay loop if stretched out too long, as a single enemy can only be entertaining for so much of a game’s overall length.

Perhaps restricting the game to one location like the hospital in Outlast, with the very simple goal being to get out, would help balance the experience to keep it short but sweet. Exploration would be a dangerous venture considering the Terminator is always on the prowl, but a necessary act in order to gather resources. It’s that sense of anxiety for these risks that make survival horror games so engaging for gamers.

All in all, the Terminator franchise has been proven to work exceptionally well in the action genre, with countless efforts in movies, comics, shows and games. But its the darker, noir horror inspirations of the 1984 original that remains rife with potential and completely untapped for the series as a whole. Make the T-800 a threat again, remind players why this pop culture icon is such a terrifying force to be reckoned with.

A survival horror game based on the series would surely revive these long forgotten feelings of fear the franchise once invoked. This sensation would surely return as players walk slowly down a dimly lit hallway, only to hear the whirring motors and spinning gears of the Terminator just around the corner.