A gaming historian obtains and operates the long-lost Game Boy accessory known as the WorkBoy, thanks to an extraordinary coincidence.

You Are Reading :The Game Boys Rarest Accessory Resurfaces After Almost 30 Years 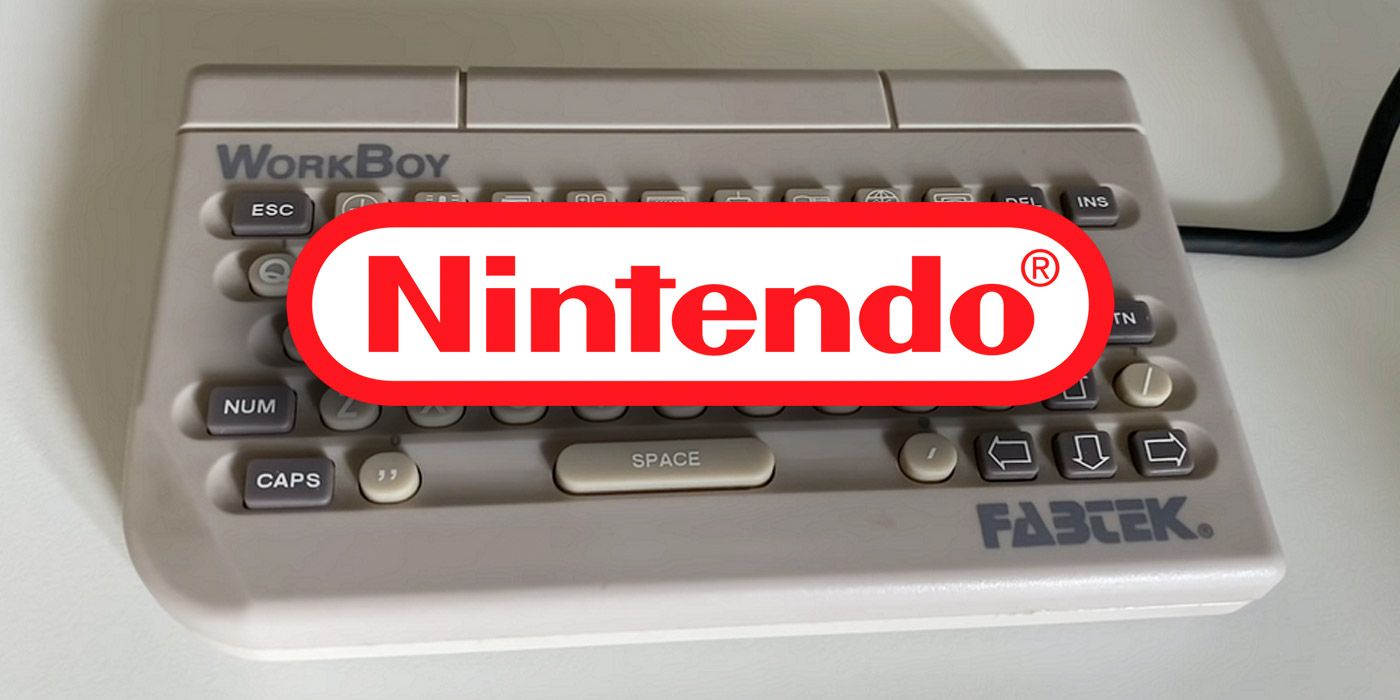 One of the most mysterious video game peripherals of all time has finally come to light, thanks to the work of gaming historian Liam Robertson. Known as the WorkBoy, the peripheral would have completely transformed the way owners interacted with the Game Boy, if it had ever released to the public.

Hardcore Nintendo fans are aware of many bizarre peripherals that released for the Game Boy during its decade-long lifespan. This ranges from ones that Nintendo produced itself, such as the Game Boy Camera, to more obscure third-party offerings, such as a Game Boy-connected sewing machine that helped users sow exclusive Nintendo designs. In most cases, these peripherals remain available to this day in some form of another. However, this isn’t the case for the system’s rarest peripherals, the WorkBoy among them.

The WorkBoy is a keyboard-and-cartridge bundle that turns the Game Boy into a PDA (personal digital assistant). While the WorkBoy generated some excitement in gaming magazines in 1992, it was ultimately never released. This left it to languish as one of many obscure pieces of Game Boy trivia until Robertson recently began looking for the device in earnest. Eventually, he was able to connect with Frank Ballouz, the man who had once overseen the WorkBoy’s production. As it turned out, Ballouz had a single remaining WorkBoy prototype unit in his office, and he shipped it to Robertson for him to review.

Even after receiving the unit, Robertson encountered a major issue. The WorkBoy required both a cartridge and a keyboard to work, and Robertson only had the keyboard. Incredibly, the WorkBoy cartridge data ended up leaking as part of the massive 2020 Nintendo “Gigaleak,” which also revealed a slew of unreleased games from major franchises like Pokemon. Robertson then migrated the leaked code onto a cartridge, allowing him to finally use the WorkBoy as originally intended.

Fans might be left wondering why the WorkBoy was scrapped before its release, if all of its components were functional. According to Ballouz, Nintendo’s imminent price drop for the Game Boy would result in the WorkBoy costing more than the system itself, which reflected poorly on the WorkBoy. Plus, a manufacturing accident in Japan resulted in essential components for the WorkBoy becoming much more expensive. Together, these obstacles resulted in the team behind the WorkBoy shutting it down for good.

Although clearly primitive compared to modern cell phones, it is impressive to see what the WorkBoy could do. Its functionality includes a world clock, calculator, address book, measurement converter, and much more. Perhaps the WorkBoy would have allowed the Game Boy to be seen as a legitimate business device and productivity tool. In any case, its robust offerings are in stark contrast to Nintendo’s perplexing single-screen Nintendo DS that was recently leaked, which stripped the DS down to its most basic functionality.