‘The Falcon and the Winter Soldier’ Episode 3 Recap: These Things Escalate

You Are Reading :The Falcon and the Winter Soldier Episode 3 Recap These Things Escalate 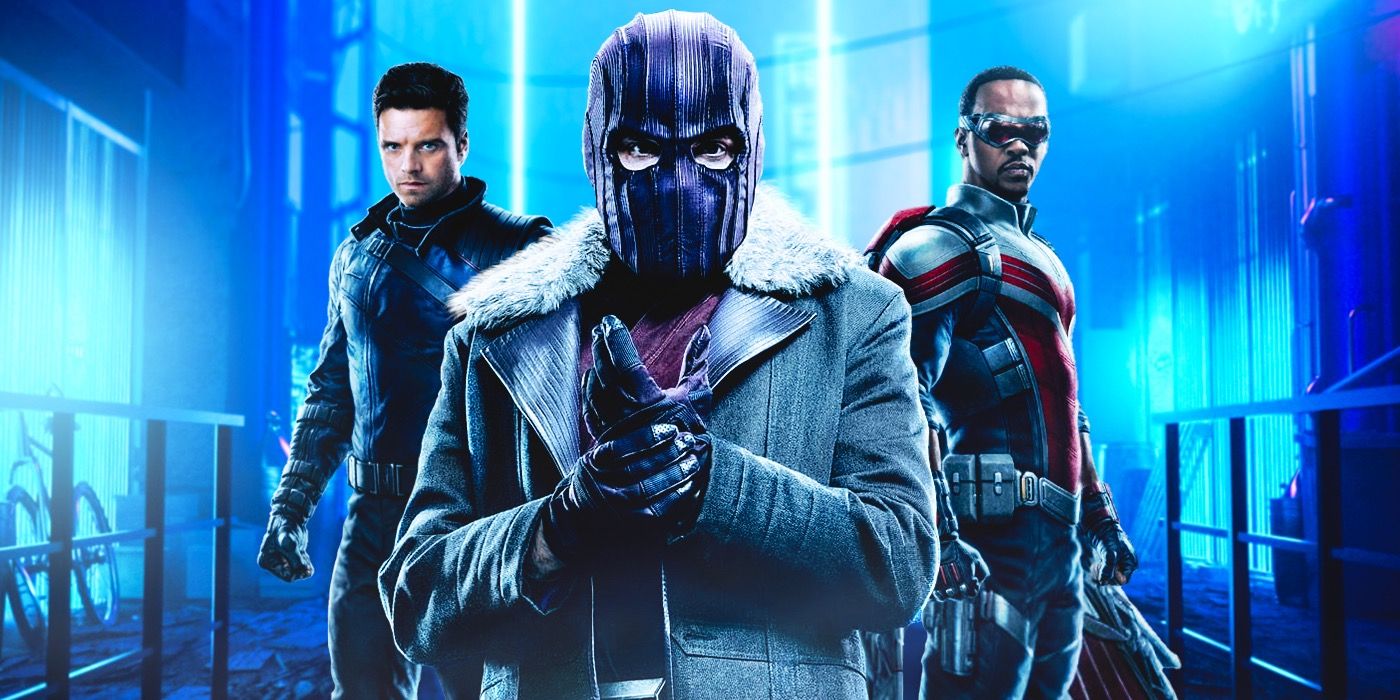 [Editor’s note: The following contains spoilers for The Falcon and the Winter Soldier Episode 3, “Power Broker.”]

This week’s episode of The Falcon and the Winter Soldier delivered a number of things I know I’d been looking forward to. But it’s also a tricky one to cover because there’s more than one plot element that’s hard to sort out. Like, as just one example, how exactly did Bucky slip the keycard inside Zemo’s book? That’s a small detail, but it’s one of many which feel a bit tossed into the mix of “Power Broker,” which technically marks the halfway point of the series. There are a lot of fun moments to enjoy in this hour, and that’s what I’m going to focus on in this recap, mostly because spending any more time trying to figure out stuff like the keycard thing is not good for my mental health.

We begin with a commercial for the Global Repatriation Council, which as a seasoned television viewer I fully anticipate being revealed as the ultimate Big Bad of the series. But for right now, the ad simply promises that the GRC exists to help the billions of people returned from dust settle back into their new lives. “Reset, Rebuild, Restore” is their motto, but not operating in that spirit is John Walker (#NotMyCap, as we’re starting to refer to him at Collider), who leads a raid of folks loyal to the Flag Smashers in Munich, not accomplishing much but tearing up the place.

Meanwhile, Bucky and Sam are following up on last week’s promise to pay a visit to Zemo, currently residing in prison, who’s able to convince Bucky that he can help them track down the super-soldier serum and/or the super-soldiers they’re after. Therefore, without consulting Sam, Bucky arranges things so that Zemo is able to make his escape, and reluctantly all three of them agree to work together.

Lucky for them, Zemo’s former royalty, which means they can fly to (the fictional island of) Madripoor to (in Zemo’s words) “scale a ladder of lowlifes.” Madripoor is introduced with Blade Runner neon aesthetics and Fast and the Furious underworld energy — hell of a place to party, or in this case infiltrate a local nightclub and speak to the “mid-level fence” who runs the place and might have intel on the super-soldier serum.

Part of Zemo’s plan is for Bucky to pretend to have reverted to his old identity as the Winter Soldier, while Sam impersonates an infamous underworld fella known as the Smiling Tiger. Sam doesn’t love the experience, given that it involves wearing far flashier clothes than he’s comfortable with and imbibing the Smiling Tiger’s preferred cocktail, which is made with live snake organs. (Poor snake.) But things really fall apart when Sam’s sister calls while they attempt to negotiate with Zemo’s contact Selby — when their cover is blown, a guardian angel kills Selby before her men can kill our guys. This ends up putting a massive bounty on our guys’ heads, though, and they flee the premises… discovering that said guardian angel was Sharon Carter!

Sharon Carter (who was announced as a cast member ages ago, and who has even had a placeholder card waiting for her in the final credits since the show’s beginning), we learn, has had a pretty crap time of things since she helped Steve and Sam with their save-Bucky adventure. Basically, while both of them have been forgiven by the government, Sharon’s remained on the run, settling into the hustler life in Madripoor in lieu of returning to the sunshine.

While she’s not thrilled to see Sam and Bucky, she does agree to help them with their mission — especially after Sam makes her a deal that he’ll get her a full pardon. After she throws what looks like a pretty banging party and makes a connection with one of her contacts, the gang’s good to explore a shipping container depot which, it turns out, does contain the secret lab of Dr. Nagel, who manufactured the batch of super-serum that transformed Karli and her pals.

While Sam, Bucky, and Zemo interrogate Nagel, Sharon keeps busy by absolutely annihilating a seemingly endless stream of bounty hunters that are after them. It is obligatory that I mention here that the credited writer of this episode is Derek Kolstad, whose other credits of course include the recent release Nobody as well as John Wick. Yes, this sequence might be reminiscent of John Wick’s special brand of ultra-violence, but director Kari Skolgand’s nimble approach gives it a single-take visceral feel that was one of the episode highlights. (That and Sam and Bucky yelling at each other. That is also consistently fun.)

Nagel tells them that he’s fresh out of super-serum, at which point a) the goons after the guys amp up their game by firing heavy artillery at the secret lab and b) Zemo kills Nagel (keeping with his mission to end the Winter Soldier program once and for all). From there, it’s time to hit the road — Sharon stays behind in Madripoor though tells Sam to keep her posted on that pardon, while the guys pursue a new lead on Karli.

Oh, speaking of Karli, she and her squad hover mostly on the sidelines of this episode while Karli mourns the loss of “Mama Donya,” a clearly maternal figure to her who dies inside a resettlement camp. But at the end the Flag Smashers raid a GRC facility, making off with a crap-ton of supplies before bombing the place — with people inside. “This is the only language these people understand,” Karli tells her colleague.

It’s Mama Donya that the guys are interested in, but when they arrive in Latvia, Bucky splits away from Sam and Zemo, having spotted some tech that looks a bit familiar to begin with and even more familiar once we see who it leads him to: Ayo (Florence Kasumba), his old pal from Wakanda. Wakanda has not forgotten that whole thing where Zemo was responsible for the death of King T’Chaka, and Ayo is here to remind Bucky about that.

And that’s this week’s cliffhanger ending! Again, lots of fun stuff here, and in the long run it probably doesn’t matter how Bucky was able to get Zemo that keycard (or any of the other plot holes that might exist). That said, that damn keycard will continue to haunt me.

Some Thoughts That Flew By

The Falcon and the Winter Soldier is streaming now on Disney+.