The Elder Scrolls 5: Skyrim Misses Out on the Franchise’s Weirdest Race

The Elder Scrolls series is known for its wide variety of races, playable and otherwise, but one of its strangest is all but forgotten in Skyrim.

You Are Reading :The Elder Scrolls 5 Skyrim Misses Out on the Franchises Weirdest Race 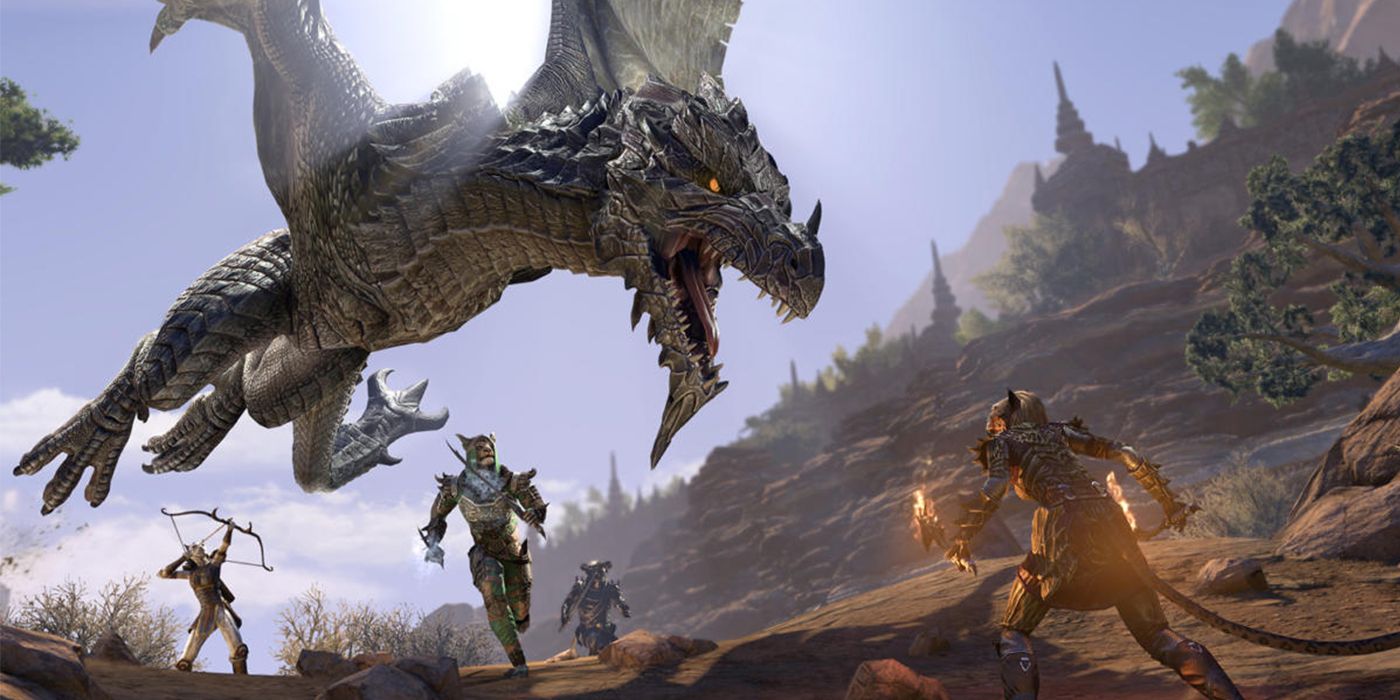 The Elder Scrolls 5: Skyrim offers its own take on many fantasy races, just as the other Elder Scrolls games do, letting players choose between Argonian lizardfolk, feline Khajits, orcs, several different subraces of elves, and humans (also with their own subraces). Yet Elder Scrolls lore has clued players in on another race that really hasn’t had any time in the spotlight: the Imga, otherwise known as the Great Apes.

Many may have never even heard of them. The race is mentioned in Skyrim, as well as Oblivion, Morrowind, and Elder Scrolls Online, but never actually seen–so unless players become diligent readers of all the books and other lore tidbits available to pick up throughout the games, there’s a good chance of missing mentions of the Imga altogether.

Introduction to the Imga 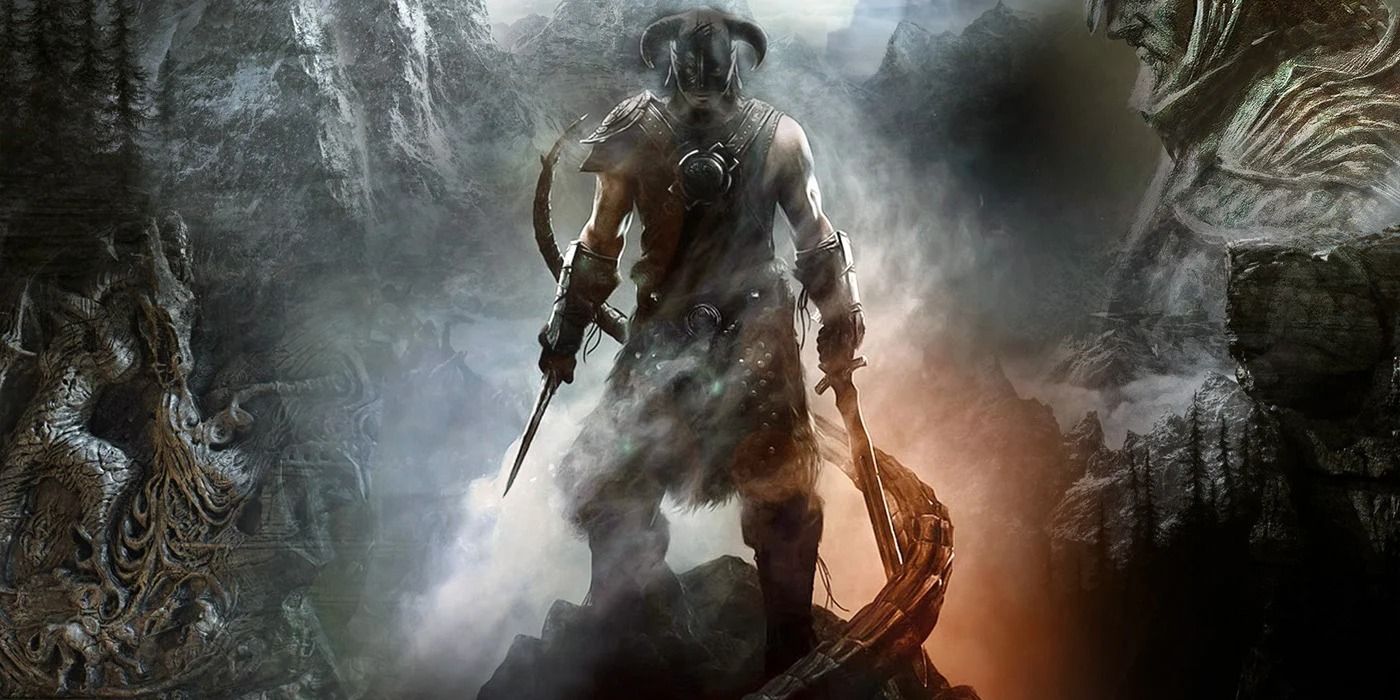 As their “Great Apes” moniker suggests, they’re a race of ape-like beastfolk native to Valenwood, dexterous and naturally gifted in climbing through trees, thought to have prospered there before the Aldmeri intervention. There are many beastfolk races on Tamriel, though the most recognizable would be Khajit and Argonians. Other beastfolk races, including the Imga, would be Rieklings (seen in the Dragonborn DLC), giants, and even the great and mighty dragons, or Dovah. Vastly differing even from one another, the only real common ground between all beastfolk races is that they’re not a subrace related to either men or mer.

As for the Imga themselves, their society and beliefs changed drastically when the Altmer conquered them. Overall, the Imga fully believed that Altmer society was superior to theirs and held it in high esteem, even going so far as to try and emulate the Altmer in both behavior and appearance as much as possible. They took to wearing capes, dueling with swords, and adapting their dialect to have flawless enunciation despite their deep and heavy voices. Imga vocabulary and etiquette expanded to resemble the courtly manners of the Altmer as well. Sadly, some Imga have apparently become so desperate to resemble the Altmer that they shave their bodies and powder their skin white. Naturally, it’s not the most effective technique, and it often results in Imga cutting themselves while shaving.

In 2E 582, there’s a record stating that all members of the strange and obscure race vanished from Valenwood, having supposedly gone to the city of Falinesti; however, Falinesti itself had vanished from the province years earlier, and there’s not a clear explanation yet for how the city or the race made their return. Nonetheless, Imga are more recently known to take up residence in old human trading posts from the Reman Empire–also known as the Second Empire of Cyrodiil, which collapsed in 2E 430.

Even living in their old structures, the Imga were recorded has having great disdain for humans, often holding up their capes to their noses to pretend that humans smell bad. Although it’s unclear if that stance is still the case with current-day Imga in Tamriel, it would make sense; they revere the Altmer, who also have a poor opinion of humans.

There is one famous member of the race who, unlike many of his peers, despised all Mer and did not want his people emulating them. Marukh, sometimes referred to as the Monkey Prophet, lived in the First Era and is actually recognized as the founder of the Alessian Order. Although the Alessian Order, a monotheistic religion, is now gone and the Eight (or Nine, depending on whose answering the question) Divines are recognized instead along with the Daedric Princes, Marukh’s religious order did have flourish during the First Era.

Marukh himself claimed to be a prophet visited by the spirit of Empress Alessia, who told him to question elven rule in Tamriel. Marukh began to write down seventy-seven laws that would become the Alessian Doctrine, known for its rigidity cruelty. It’s not known if Marukh lived to see his order at its height, as one book that can be found in The Elder Scrolls Online, “The Illusion of Death,” implies that he died while still writing his doctrines. 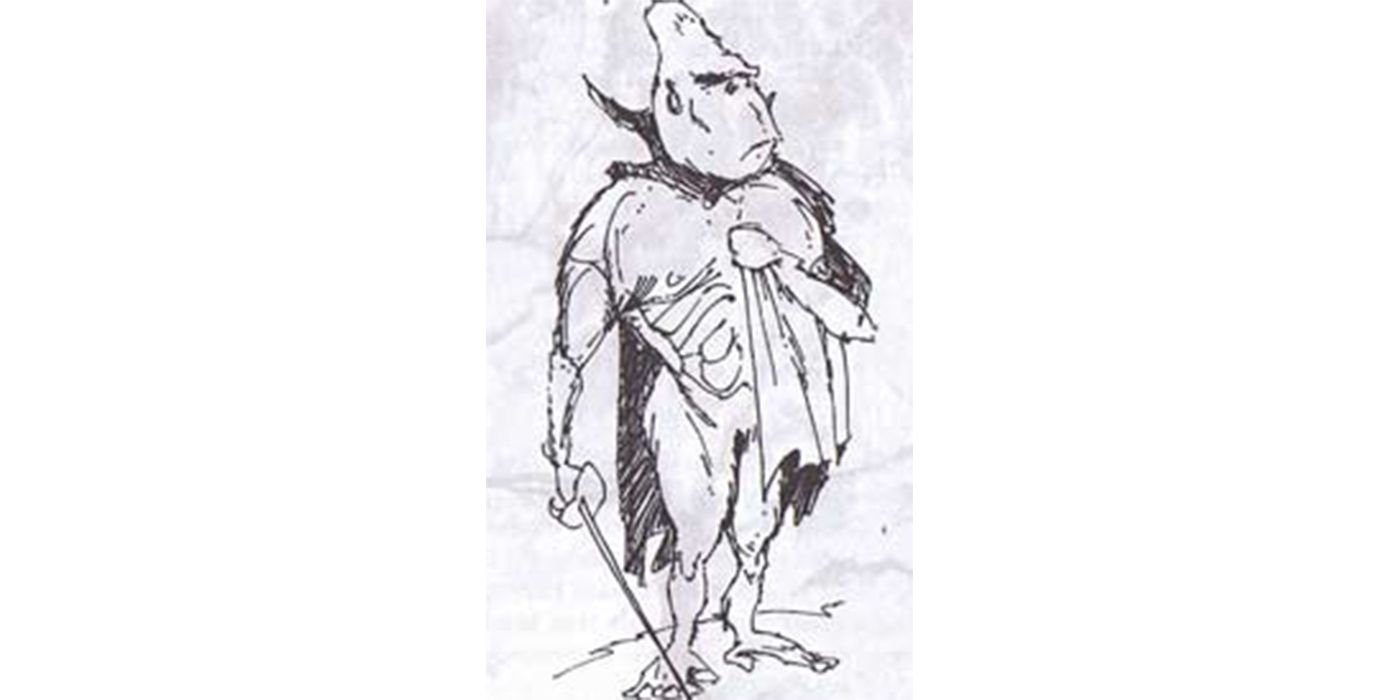 What’s Next for the Imga?

Even now knowing what the Imga are, it’s hard not to wonder what, if anything, Bethesda plans to do with them. Most of the beastfolk races are represented in some way throughout the Elder Scrolls games, even if it’s not as a playable race. And yet the Imga, arguably one of the strangest races to exist on Tamriel, have only mentions in discoverable books and such.

If nothing else, geography could explain why they aren’t present in Skyrim; it’s a far-northern province of Tamriel with no recorded history of having any Imga in its population. Skyrim, as everybody learned a thousand times over during the game, is the home of the Nords, and recent events have seen the Nordic people in Skyrim and their Stormcloaks become more nationalistic and exclusive to non-human races than ever before. So, even if it’s disappointing that fans haven’t seen some of the more far-out examples of beastfolk races, it’s not surprising that they wouldn’t be found in Skyrim.

With Elder Scrolls 6 on the way at some point, however, perhaps things will change. Rumored to be titled Elder Scrolls 6: Redfall, the upcoming game is also said to take place in both the countries of Hammerfell and High Rock. While neither of those places is a native spot for the Imga, it’s already been established that the nations of Tamriel, even Skyrim, are home to a wide variety of races as they emigrate elsewhere on the continent. So perhaps a few more of the little-known beastfolk races, including the Imga, will make an appearance in Elder Scrolls 6.

Maybe that will mean a new playable race, but that doesn’t seem compared to the possibility of just finding a settlement of them somewhere in the wilds of either country, especially Hammerfell, which borders Cyrodiil. That’s what happened with Rieklings in Skyrim’s Dragonborn DLC, as players could track down a clan of them taking up residence in a human mead hall. Elder Scrolls 6 is already reported to be gigantic in scope, so the odds of seeing a new race or two are as good as they’ll ever be; all that remains is to see what Bethesda does with all that potential.