You Are Reading :The Area 51 Raid Is Just Becoming A Lot Of Halo Memes 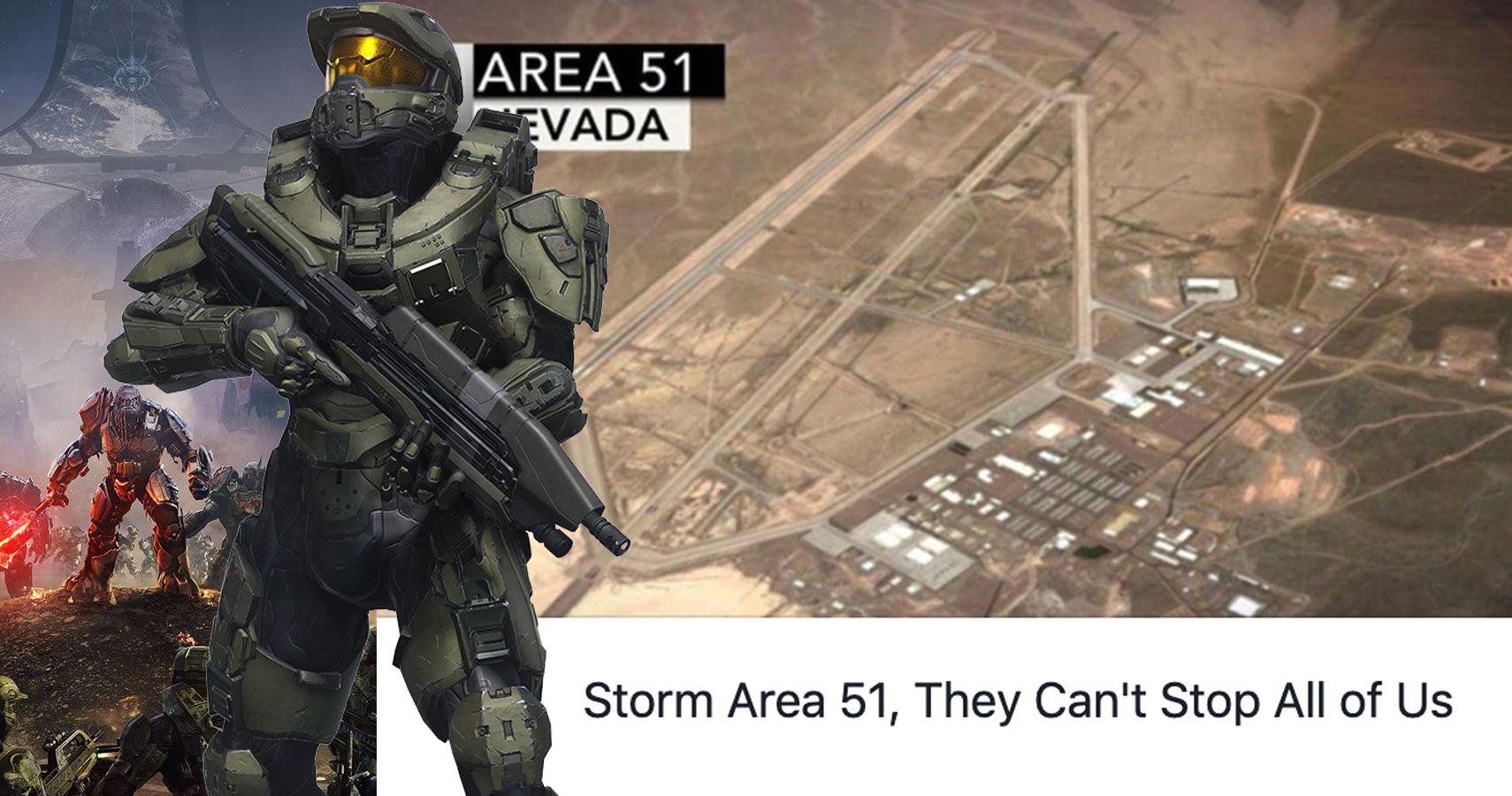 Chances are you will have heard about the Facebook event inviting people to storm Area 51 by now. Incredibly, at the time of typing this, the number of people who claim that they will be joining in on the invasion has broken the one million mark. What percentage of that one million-strong group actually shows up September 20, 2019, is something else entirely.

If you have somehow managed to avoid all of the Area 51 hubbub, let us quickly catch you up. A Facebook event has been created, and the description reads “we will all meet up at the Area 51 Alien Center tourist attraction and coordinate our entry. If we Naruto run, we can move faster than their bullets. Lets see them aliens.” Shockingly, what was probably a private and harmless joke has managed to gain an incredible amount of traction. 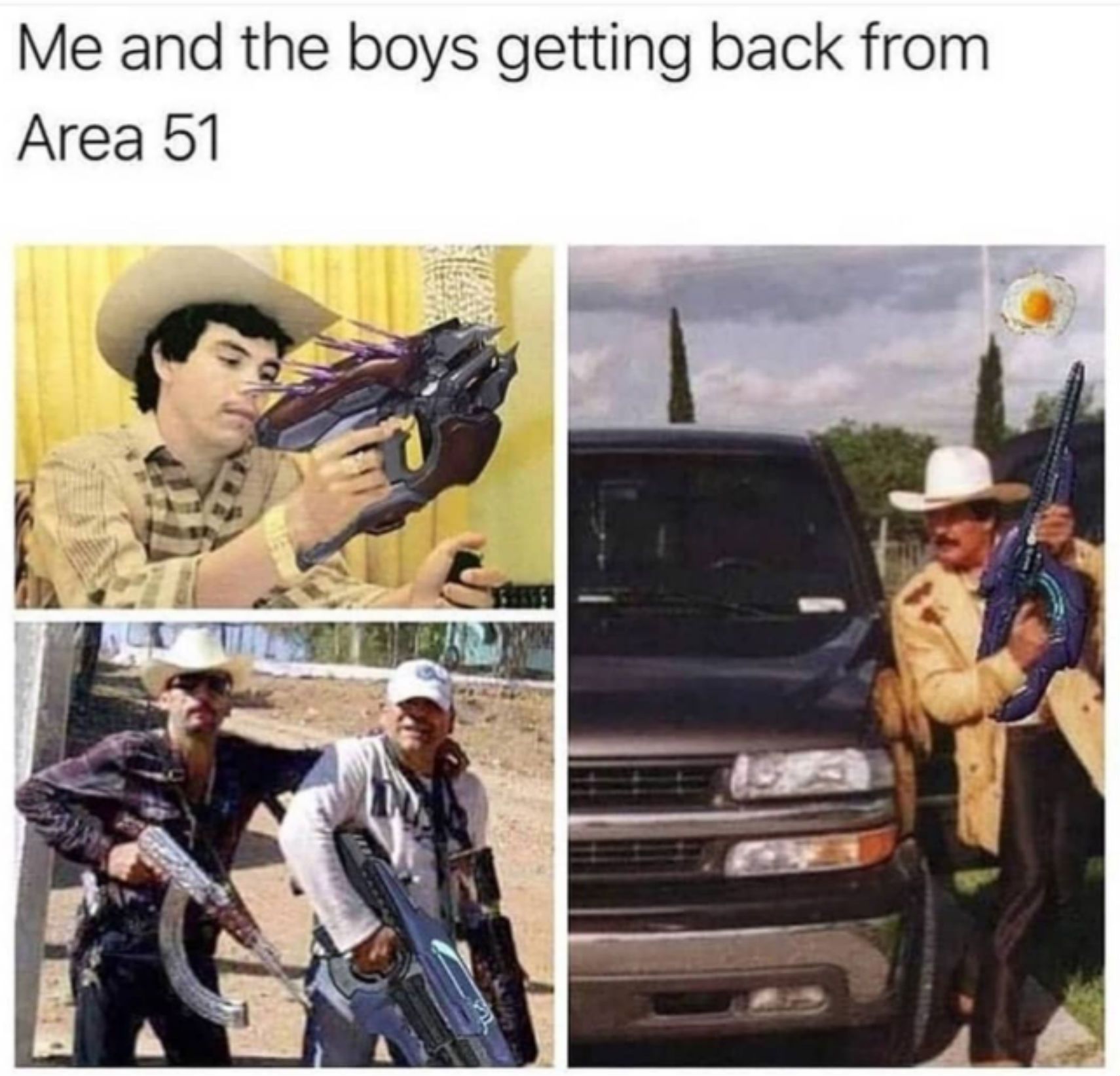 As with anything online that garners this much attention, the memes have naturally been pouring in. Due to the fact that most believe Area 51 is a haven for aliens and high-tech weaponry, a lot of the memes have been Halo-based. Some of our favorites include the one above and the one below. 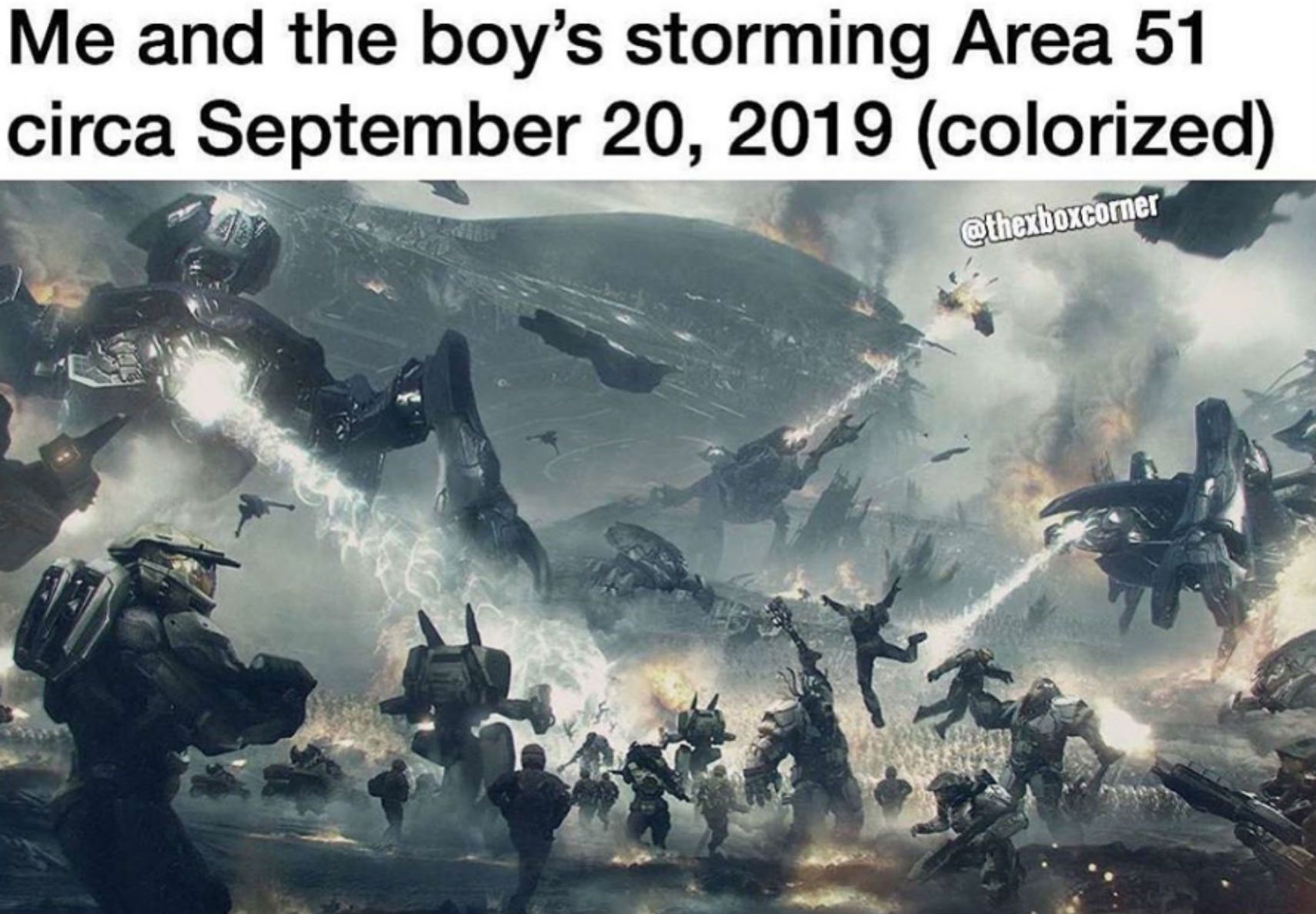 Honestly, if the raid ends up looking anything like the Halo scene above, we will be extremely disappointed that we decided to skip it. Although it will mean almost certain death, what better way to go out than by re-enacting your favorite video game? All while discovering that all the crazy secrets about Area 51 were indeed true.

Not all of the memes are Halo-based, of course, but there are a lot inspired by various video games. We can’t imagine the inside of Area 51 looks anything like the inside of Minecraft, but on the off chance that it does, the creator of the above meme will be incredibly pleased and likely leave the secret government facility with quite the haul. You know, if the highly trained military presence doesn’t stop them from doing so, obviously.