I’m a crow gliding over a vast desert, catching updrafts, plunging through ravines, and gathering with other crows on creaking, wobbling weather vanes. Sometimes I’m a child, too, running through a gloomy, ruined city, pushing a massive golden ball with the help of other children and watching as a bridge of rusted steel knits itself together ahead of us and vanishes in our wake.

You Are Reading :Surreal adventure Vane is darkly beautiful and occasionally frustrating

This is Vane, an atmospheric and surreal adventure where sometimes you play as a bird, and sometimes as a kid. Both of these forms are needed to progress through a series of environmental puzzles in a beautiful and oppressive world that transforms while you travel through it, like a rusting and ruined City 17 that seems to both grow and decompose at the same time.

There’s very little guidance in Vane—just finding an environmental puzzle and figuring out what, exactly, makes it a puzzle, is just as much a puzzle as the puzzle itself. It’s best to act on instinct. If a glimmer of something catches your eye in the distance, if there’s a small pool of light in the darkness, or if you find yourself drawn in a particular direction, you’ll probably come across something that needs solving.

Even the basic controls are never shown on screen, with the exception of a prompt that tells you how to use your voice (both as a crow and a kid) and another when you can interact with a certain kind of object. This is both good and bad. I enjoy having to figure things out and beginning a game with a series of movement tutorials would take away from the mysterious and engrossing world. It’s bad because it took me a while to realize that flapping my wings required me to click the mouse button each time. That’s a bit annoying, when holding down the mouse button to flap continuously would have worked just fine. 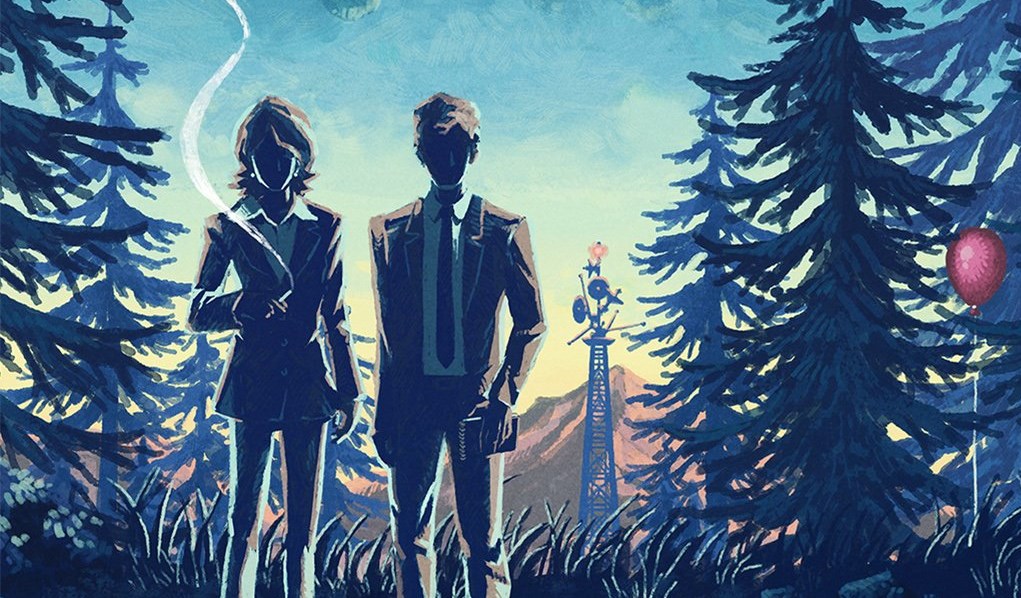 In the mood for some exploring and puzzle-solving? We’ve got you covered with our list of the best adventure games on PC.

That’s not the only issue with controls. Vane presents the kind of world I’d love to explore more between the environmental puzzles needed to progress. I’d be happy to just take wing as the crow and inspect every dune and rock in the desert, or poke my nose into every corner of the twisted metal structures while playing as the child. But as the kid, my running speed is extremely slow and the third-person camera is sometimes completely obscured by the geometry, and both are discouraging to exploration. Playing as the bird, clicking the mouse button for each wing-pump is tiresome and even just landing on something can be an awkward wrestling match with the mouse.

It’s a real shame! Getting immersed and lost in a strange world is difficult when you’re fighting with a camera or getting a cramp from mouse-clicks. The last thing you should be thinking about in Vane is the controls.

Luckily, Vane mostly makes up for it with its mood and mystery, and the puzzles are usually pretty satisfying to figure out. If you have some patience with the controls and don’t mind not knowing exactly what’s going on or what you should do next, it’s still something I can recommend.

I’m not a deep thinker so I can’t really tell what Vane might be about. As with any game featuring children lost in spooky industrial environments (like Inside), I’ll make a (probably incorrect) guess that it’s about how much school sucks, maybe? You huddle close to the handful of friends you find and vow to force your way through the nightmare as more and more dark obstacles grow and loom in front of you. And as much as you thought you were different than the cold and aloof adults of the world, will you really turn out any better?

But, I don’t know! I hated school and I turned into a crummy adult, so that’s just my interpretation. Maybe you’ll have a different one.

On PC, Vane appears only to be available on Steam. You can visit the official site here for a game trailer and some lovely artwork.