You Are Reading :SONS OF ANARCHY Episode Recap Small World

It’s been a rough week for TV characters across the board, and I was desperately hoping that Sons of Anarchy would be just as weirdly funny as it was last week. Alas. Despite Jax telling Tara that it was a quiet day, nothing could have been further from the truth. Everyone had something difficult to deal with and, in a surprisingly high number of cases, people died. Murder, suicide, more murder … there weren’t any laughs in Charming for the Sons or anyone else. “Senseless,” Tara says to Gemma, thinking back on her afternoon seeing Otto. “It’s been that kind of day,” Gemma replies, not knowing the half of it. But let’s pause and consider how truly senselessly violent and insane “Small World” was. Hit the jump for my picking apart the deaths this week and how much we did (or didn’t) need them. 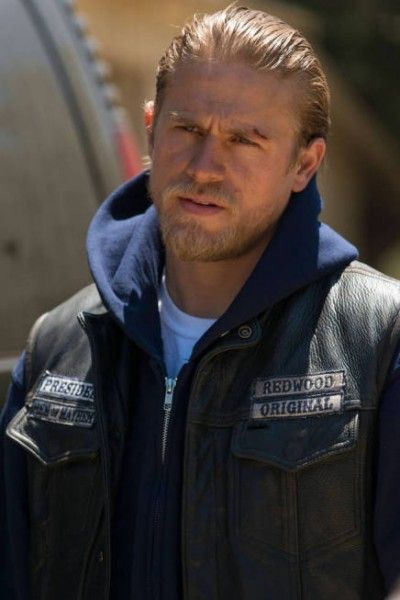 Let’s start with poor Rita Roosevelt, the victim of a senseless act of violence perpetuated by the Nomads under Clay’s direction (or so was confirmed by the end of the episode, but most of us had already guessed it was the case). I predicted last week that given Rita and Eli’s difficulties having a baby (last season we saw them visiting a fertility clinic) and since Rita was shot in the abdomen, she would likely survive but her baby certainly wouldn’t, which would give Eli a lot of cause to bear down on SAMCRO. Unfortunately, Rita died as well, escalating things to the highest degree for Eli.

I’ve always like Eli. His character seems created as a replacement for the character void left by David Hale (the actor apparently wanted off the show, which is a shame because the relationship Hale had formed with Jax was an interesting one). Eli picked up that torch, more or less — like Hale, he allowed the club some leeway, but when he sees the law being broken he does not hesitate to uphold it, unlike the corrupt Unser who was entirely in Clay’s pocket. Eli has always had a strained relationship with the club, but he has shown mercy in the past with Juice as well as with Jax. However this thing with the Nomads turns out, it will either bond Eli and Jax together or make things between Eli and the club all the more difficult (I’m hoping for the former, of course). The Nomad break-ins also robbed us of Rita, who had proved last season to be a pretty strong, badass female, even though she got very little screen time. More of those are needed on Sons of Anarchy, not less. I deem this death: unnecessary. Rita could have lived and lost the baby and Eli still would have lost his mind over it.

See also  Why The Borderlands Series Needs A Crafting System

Then there was Carla, who attempted to pull some strange sexual pantomime with Gemma and Nero before killing herself (note: more sexual violence against Gemma, a favorite theme it seems). Carla could have been another strong female, but she ended up just being another batshit crazy one, with a strange Game of Thrones-esque twist (she was in love with Nero, her half brother. Did we really need that in there? Wouldn’t it have just be enough to have them be close friends or ex-lovers?). Carla has put up with a lot of shit and deserved almost none of the horror she had rain down upon her since Gemma blew into her life. Bringing her back just to kill her off in such a spectacularly useless way just seemed there to use up screentime. What about bringing Nero and Gemma closer together, you say? Except … Gemma seems willing to possibly patch things up with Clay. And Nero knows better than to cross Jax with those business dealings. And what about this new guy in town (Joel McHale?) Bottom line: Poor Carla. She didn’t need to die. 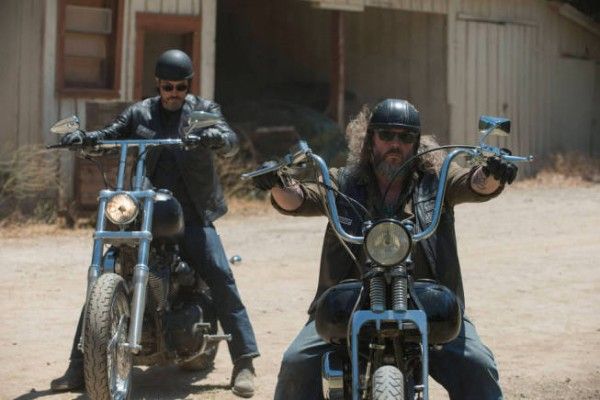 Finally, we had the prison guard and his wife. Yes, Jax said he would come for him. But honestly, when the car pulled up and we saw him in his front yard, I had no idea who he was. That aside … yes Opie’s death needed to be avenged and no “I was just under orders” is not a legitimate excuse … but to kill the wife as well? Because Tig “needed” it? Also, the way the guard’s death happened, with the excessive groveling … it was a nasty scene. I’ll allow the guard’s death, but including the wife as “collateral damage” was a bit much in an episode already stacked with violence against females.

See also  Ninjala Has Been Downloaded Over 4 Million Times Worldwide

It’s a gritty scene in Charming these days. I know plenty of people are going to moan about the fact that this is a violent show about bikers who are running guns and drugs with dangerous cartels, if you can’t handle the violence piss off, etc, but my argument is this: the pile up of deaths lessens the impact of every single one. The only time that “throwing bodies at it” works is when you’re Russia, and even then, it’s not exactly championed. Not only does the shock factor diminish, but Sons of Anarchy is not a show that has the time or inclination to properly mourn or consider most of these deaths in a real way (Opie being an exception), and so it becomes cartoonish. Sutter can call me a cunt as much as he wants over it, but it’s my opinion.

In any case, moving forward — I’m interested to see what Tara’s follow-up tactics are going to be with Otto, and why she lied to Jax about seeing him. Also, Clay is still exactly the danger we knew him to be, and his keeping the oxygen mask to feign weakness is just one example of his complex machinations. Unser called it when he said of the break-ins “someone’s trying to tear shit up from the inside.” How Unser still can’t see that Clay is the one behind it is completely beyond me, but he’s always had a blind spot for Gemma and Clay. And when Jax eventually finds out and deals with this news? Great drama will unfold.

— One of the best things about the Gemma/Unser relationship was that it was the only one she had that wasn’t sexual. Him thinking that they were going to hook up is pretty delusional, and a shame, because Gemma needs “family” to understand her as she loses friends, and without Unser she really doesn’t have anybody (though that is largely her own fault).

— Was it just my screener or was there a weird time jump after Bobby came off his bike in the day to suddenly it being night when Jax talks to Eli about getting to the bottom of the break-ins?

— Oh Joel McHale … your character seems completely messed up and I am ready for it.

— I liked the United Colors of Benetton meeting amongst the gangster on the rooftop.

— Death by snow globe, not how anyone wants to go out. It reminded me as well that the verb “brained” isn’t used enough these days.

— Chibs kissing Tig on the cheek was magical. He’s such a legit guy.

— Too much time was given to the explanation of the new business deal with Pope. None of us are counting kilos of coke, so the specifics don’t seem all that important to talk about over and over again. Maybe it’ll come into play later.

— I am worried about Juice being Clay’s #1 supporter … that can’t end well for him. 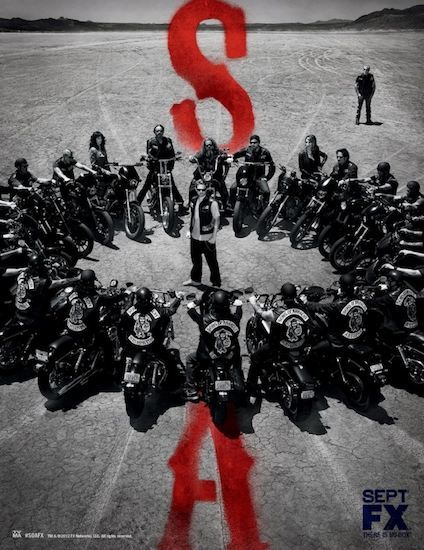