Some of the Weirdest Video Game Commercials Ever Made

Some of the Weirdest Video Game Commercials Ever Made

Video game commercials are huge, splashy spectacles now, but once upon a time, they were really weird, and it was wonderful.

You Are Reading :Some of the Weirdest Video Game Commercials Ever Made 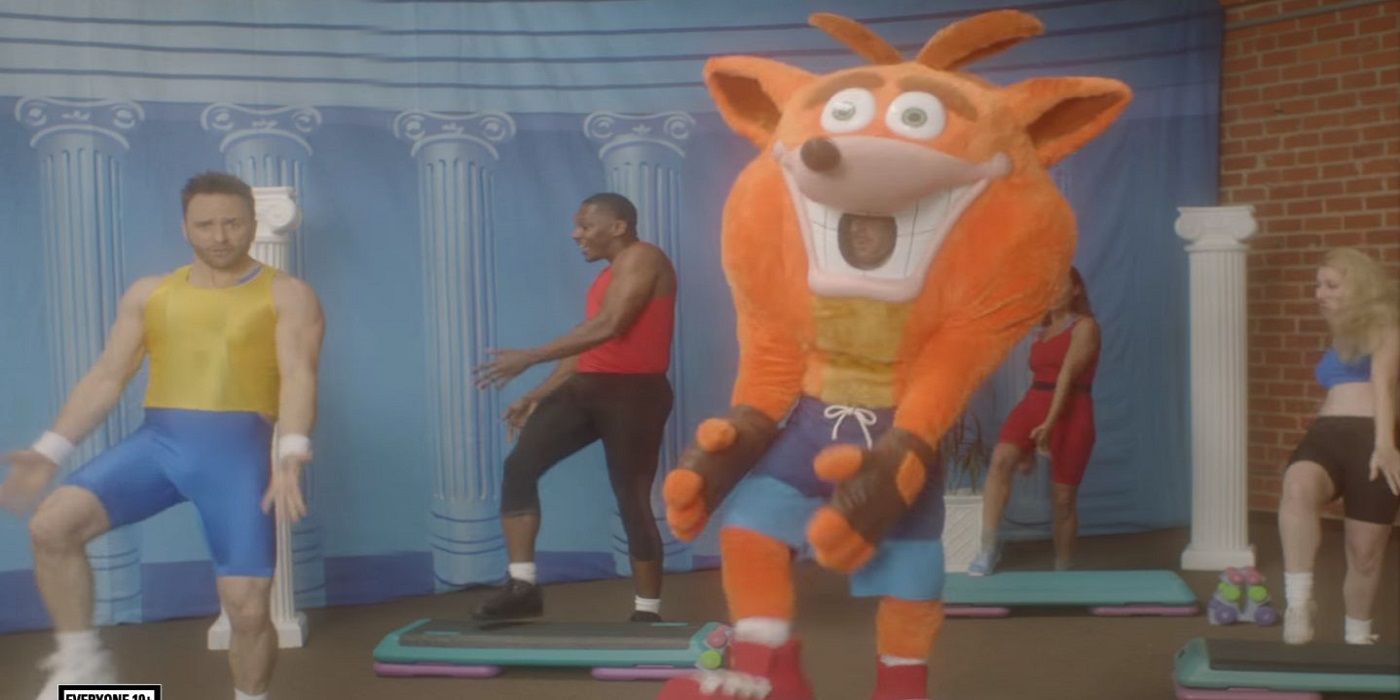 Video games have been around for decades and companies have been trying to find creative ways to convince people to hand over their money the entire time. Current video game commercials tend to hover between serious and concrete in tone, but there was once a simpler time when companies were willing to show off games and hardware in weirder ways — or by scaring everyone with babies and David Lynch for some reason.

Crash Bandicoot N. Sane Trilogy’s release not only brought back the games from the late 90’s but also the style from the commercials for the original games. This was to the delight of 90’s and early 00’s kids everywhere. After several years of marketing filled with drama, slow motion, explosions, and diorama shots over fallen allies, it was nice to revisit the wacky and weird side of video game marketing. It must have been effective too because Activision brought the style back again for Crash Bandicoot 4 , and just like the title of that game, it’s about time. There are so many weird and fun video game commercials from the last few decades that are ready and available to inspire future commercials and generations of gamers. Here are some of the best. Or at least the most…memorable.

Nintendo was on top of the gaming world in terms of recognition and quality in the 90’s, so it was wild that the marketing for 1996’s Crash Bandicoot had him literally calling out Mario in front of a building that was meant to serve as Nintendo’s headquarters. No one knew who he was and he didn’t even have any games released yet but here he was telling ‘Plumber Boy’ that his days were numbered. Not only was this fun and playful but it also let gamers know that Crash Bandicoot was serious and ready to go head to head against Nintendo and their iconic mascot’s latest game.

The 16-bit console war was probably the most bitter and contentious battle between two companies and yet the commercials were much more fun than most generations that followed. One of the most fondly remembered ads from the Super Nintendo era was where Paul Rudd captivated an entire neighborhood while playing Super Nintendo on a giant display in the dead of night. Seeing kids run to get a better look and push up against the fence made the system look even cooler than it already was, which was pretty cool since it had The Legend of Zelda: A Link to the Past. It made everyone watching realize they too needed the latest and greatest from Nintendo. Even though it’s almost 20 years old, Rudd barely looks different than his latest ad where he portrays a twenty-something and encourages other cool young people to wear masks to save lives.

A Link to the Past was sure to be a hit after the success of the first two games in the series but that didn’t stop Nintendo from creating a commercial where Link dances around and defends Hyrule against the forces of evil. Link saves Princess Zelda from a cage after performing his signature spin attack before the commercial ends with Ganon towering over the two heroes. It’s surprising Nintendo didn’t do something similar for the release of the underrated and music focused Cadence of Hyrule, especially with all the great music from the series over the years.

There were a lot of weird video game commercials and while a lot of them made people feel happy, some of them caused unknown emotions. It had been almost a decade since Twin Peaks was tragically canceled but PlayStation was confident that the director of Eraserhead would be able to communicate what the PlayStation 2 was to audiences all over the world. Perhaps Lynch could be persuaded to create commercials for the PS5, though maybe it’s best for everyone’s mental wellbeing that he doesn’t. Maybe just watch his weather reports, instead.

The start of PlayStation’s 150 million dollar ad campaign for PS3 started with this and the words “Play Beyond,” which sounded like a threat within this context. The ad begins with a baby doll on one side of the room and the PS3 on the other side. The baby’s eyes open suddenly and within seconds it goes from laughing like an old man to crying with red eyes. It’s terrifying. Why, PlayStation? Why. Why.

Phil Hartman was almost more excited playing pixelated hockey on an Atari than a kid opening up a Nintendo 64 on Christmas, and it’s the perfect mix of warmth and over the top joy. The store clerk checks to see if Hartman is ready for one of the roughest games around for the Atari and it’s clear by the end that he is absolutely up to the challenge.

The death of the video game commercial is a natural casualty of the move away from traditional television viewing. Outside of the Super Bowl, it’s hard to get most viewers to watch commercials, and companies like Sony, Nintendo, and Microsoft have found other ways to advertise their wares. Hopefully, it’s only a matter of time before they return to making wacky, weird, and fun commercials part of video game culture again.