We don’t blame you, looking for advice on the Sekiro endings. FromSoftware delivered one of its most challenging games in Sekiro: Shadows Die Twice and sometimes it’s good to know what you’re working towards. In case you are wondering how many endings does Sekiro have, there are actually four. These scale from worst to best as: Shura, Immortal Severance, Purification, and Return.

You Are Reading :Sekiro endings explained – how to get the Shura Immortal Severance Purification and Return conclusions

If you want the Sekiro best ending, well, prepare to die (a lot). There are extra boss battles to endure, hoops to jump through, and conditions that need to be met to trigger it. Below you’ll find our guides to each of the Sekiro endings but, as a warning, you are now entering heavy spoiler territory. You’ve been warned.

This is the worst ending possible, and it’s fairly easy to see why. Late in the game, you will be asked to return to the roof of Ashina Castle where you fought Genichiro. This occurs after you pick up the items necessary to end the immortal plague. Here you’ll find the Great Shinobi Owl you encountered in the Hirata estate.

He’ll give you an ultimatum, you either obey the shinobi iron code and forsake Kuro, or break it and stay loyal to the young lord. Choose to follow Owl’s orders and you will fight two extra bosses exclusive to this playthrough. Emma and Isshin. Once you wipe them out, Sekiro will be consumed by the demonic presence Shura and fall to the dark side, so to speak. 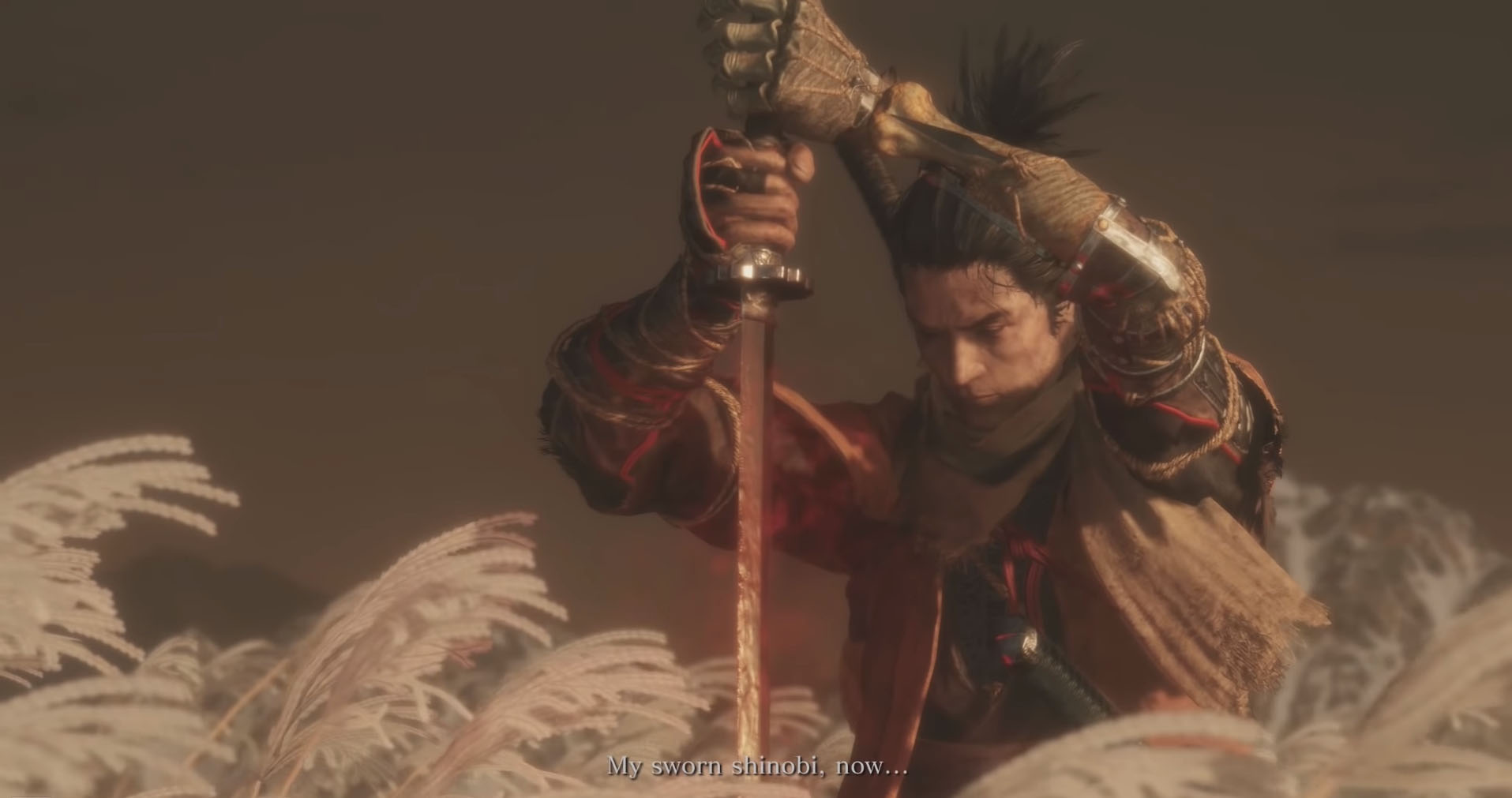 This is the standard ending. When you’re on the roof with the Owl, simply forsake him and stay loyal to Kuro. You’ll have to fight him to get to this ending, and it’s a difficult fight. Once you topple him, simply follow the game through to the end without doing anything extra and you will get the Immortal Severance ending. You’ll sever Kuro’s ties to the dragon blood curse, but at what cost…? 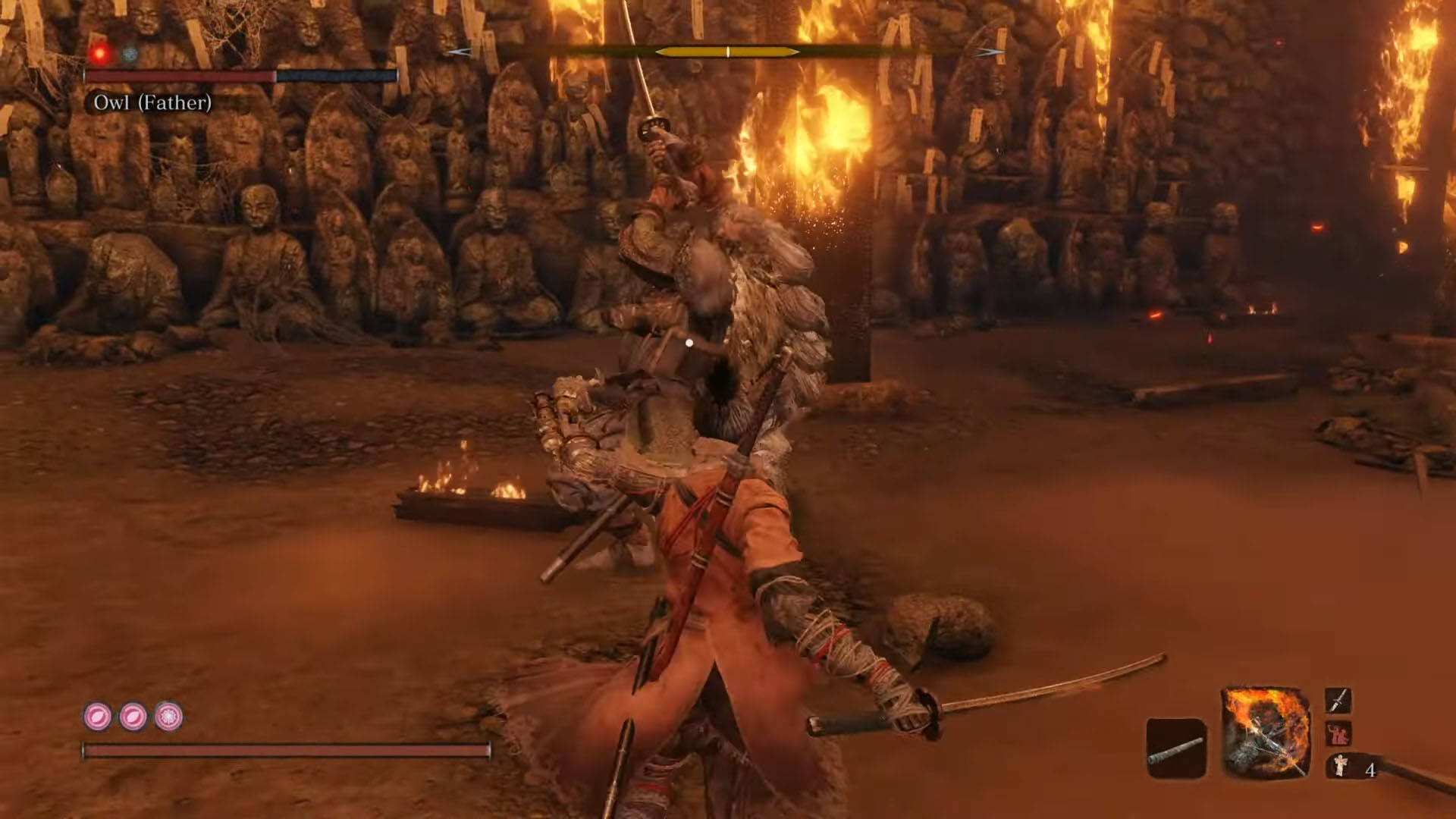 Now here’s where things get tricky. To get the purification ending, you have to eavesdrop on a lot of NPC’s. First, beat the Great Shinobi Owl like you’re heading for the Immortal Severance ending. Once this is done, head to Isshin’s dojo across the rooftops of Ashina Castle and eavesdrop on his and Emma’s conversation.

Once this is done, head back to Kuro’s Room and eavesdrop him (hug the screen doors near to him) to hear him say something quite unsavoury. Then, rest and talk to Emma at the top of the stairs from Kuro’s room. She’ll tell you she’s found a way to ensure that Kuro doesn’t die during the Immortal Severance process. Agree to help her.

Rest and talk to her again, then warp to the Old Grave idol and run through the arch to your left where the two graves are. Talk to Emma there, then warp to Dilapidated Temple. Go behind the sculptor’s abode and peek through the window to eavesdrop on their conversation. Talk to Emma about it and you will get a new bell that will alter the memory of Hirata Estate.

Head back in there, fight through two extra minibosses and you’ll face the Great Shinobi Owl once more where you fought Lady Butterfly. This fight is even more difficult than the first one, so be ready for it. Once you’ve done this, you will receive an Everblossom branch that you can take with you to the endgame and use on Kuro to activate the deeply sad purification ending. 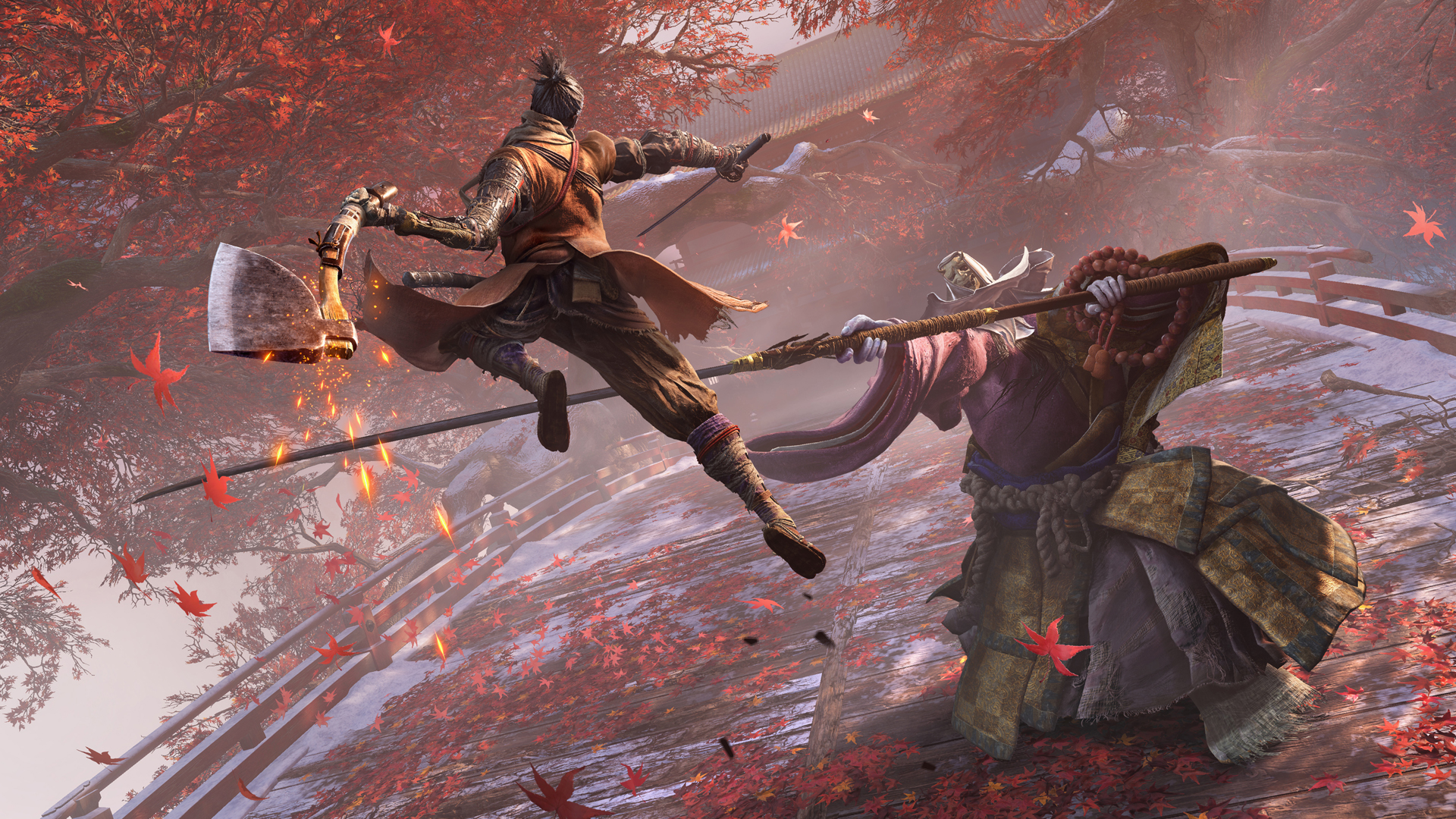 Weirdly enough, this one is less difficult, but there are more steps to it. Again, stay loyal to Kuro and fight the owl, but you can fill out these criteria prior to that fight too. You have to get two Great Serpent hearts so you can feed them to the Divine Child, who will act as a cradle for Kuro when you sever his immortality, meaning no-one has to die.

First up, head to Senpou Temple, Mt. Kongo and hop down to the right. You’ll see a monk at the end of a bridge. To his left and down some more you’ll find a kite mechanism and a rat enemy. Use your Puppeteer Ninjutsu on him, which you will have attained after beating the Folding Screen Monkeys, an unskippable boss fight in the story. The rat will fly the kite and create a shortcut across the massive chasm.

Now, advance through Senpou until you see the old lady who wants rice. She’s straight ahead, surrounded by pinwheels after you get through the room with the multiple monks and insects in. Hop up on the tree to her left and grapple across the valley. Advance through this area until you see a massive drop and the Great Serpent you met before, who is lazing peacefully. Drop down and murder it to get the first heart.

Next, you want to warp to the Bodhisvatta Valley idol, near the Guardian Ape boss pit. Instead of heading that way, turn away and advance through the poison. To your right will be a Toxic Memorial Mob vendor. Talk to him and he’ll tell you about a cave in front of him that you shouldn’t enter. Don’t listen to him.

Carefully make your way through the cave, sneaking past the snake and avoiding the poisonous lizards and wall-dwelling ghosts. When you see the snake’s head, drop to the left side and you will see a monkey dancing and jumping. Deathblow and ninjutsu the monkey to puppeteer it, and it will distract our big scaly friend. Run into the room that opens up behind him and you will get the second serpent heart.

We’re not quite done yet. Head to the Temple Grounds idol after you beat the first incarnation of the Corrupted Monk and can use the Mibu breathing technique to dive underwater. Down and to your left you will see a body of water. Dive and pick up the item in here. It will either be a mysterious scroll or a prayer bead. If it’s a bead, you picked up the scroll through your playthrough anyway, and you don’t need to worry about it.

Head to the Inner Sanctum where the Divine Child is staying, and pass her that scroll. Rest and she’ll head into the Hall of Illusions where you fought the cheeky monkeys. Head in there, talk to her about it and she will drop some bombshells.

She wants you to head into that never-ending cave next to the Main Hall of the Senpou Temple, which is the one full of the centipede enemies. Once you’re in there, after the big drop, turn around and double back on yourself to find a hidden route. You’ll end up in a populated room with a skeleton in a purple robe. Pick up the item he’s holding and give it to her. Now you’ll finally be able to feed her the serpent hearts and she’ll become the cradle.

Once you rest you’ll realize you can’t access the sanctum anymore. Head through the game to the final boss fight, and you’ll get an option to use both the Divine Dragon Tears and the Frozen Tears on Kuro. This will unlock the Return ending, where Sekiro and the Divine Child (who is cradling severed Kuro) travel to the West to find the birthplace of the Divine Dragon. Interesting!

Now that you’re done with Sekiro why not check out FromSoftware’s latest – the almighty Elden Ring, considered to be one of the best open world action games of the generation.