Resident Evil Village How to Get Quality Meat Ingredient

Resident Evil Village: How to Get Quality Meat Ingredient

A special meal offers a powerful upgrade to the player character in Resident Evil Village, so it’s important to hunt some Quality Meat ASAP.

You Are Reading :Resident Evil Village How to Get Quality Meat Ingredient 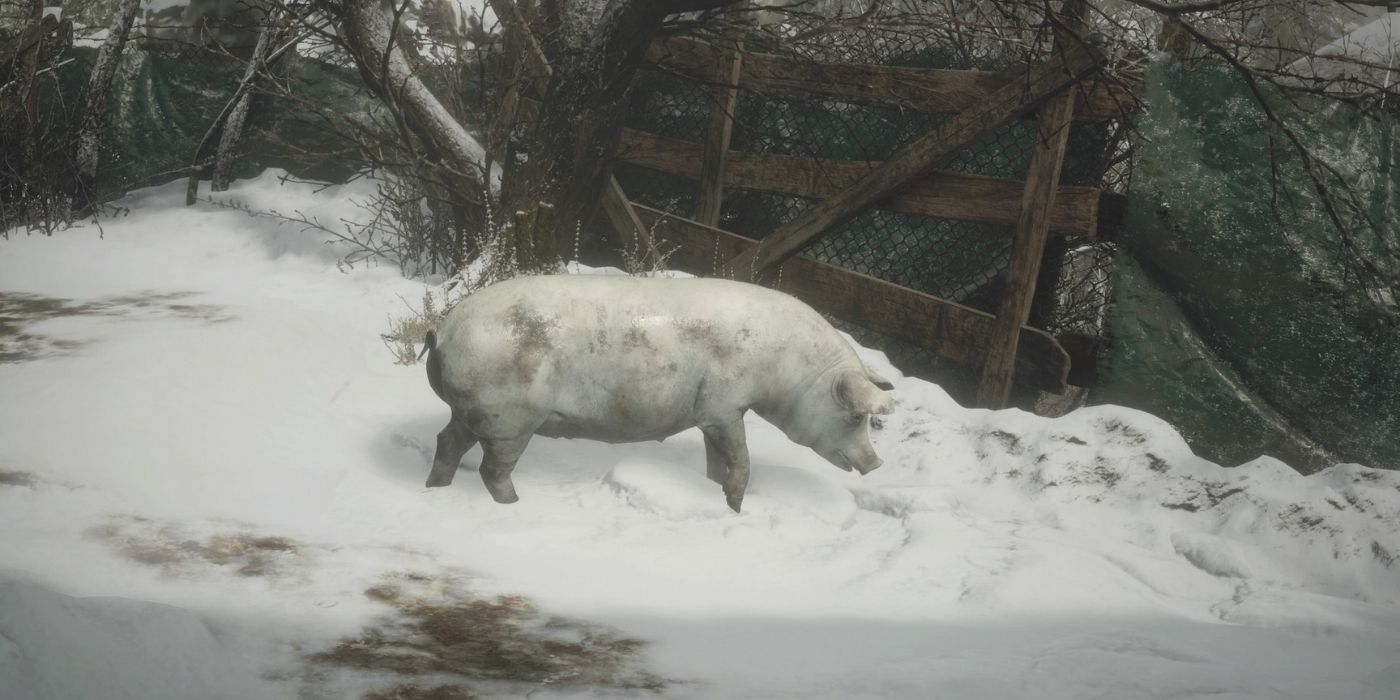 There’s more to do in Resident Evil Village than just surviving the gothic hellscape and searching for Ethan’s missing daughter. There are collectibles to find and sell, secrets to uncover, and achievements to strive for. At a certain point in the game, cooking becomes a viable side activity as well. Cooking dishes will yield permanent upgrades for Ethan, including increased max health or more effective guarding. One of the most powerful meals calls for Quality Meat, and there’s only one animal in Resident Evil Village that can offer it.

Cooking is a service offered by the Duke. This feature will be added to his shop after players complete the Lady Dimitrescu boss fight and subsequently visit the house with the red chimney. Around the same time, hunting targets will start showing up around the village. Players can use a gun or a knife to slay pigs, chickens, or fish. Doing so will cause meat, poultry, or fish to drop as an item that can be picked up. These common ingredients are used in a variety of meals.

There are special meals that call for one-of-a-kind ingredients, though. The Duke will cook up a Ciorba de Porc for Ethan if he can bring back a slab of Quality Meat. Prudent players will seek out this item as soon as possible, because eating the meal will greatly decrease damage taken when guarding from then on out. The animal in question is a pure white pig that grazes in a particular spot somewhere in the village. Before setting out on the hunt, players should check their ammo supply. The quality pig is a hardy animal that can take a few shots before it’s downed.

How to Get Quality Meat Ingredient in Resident Evil Village 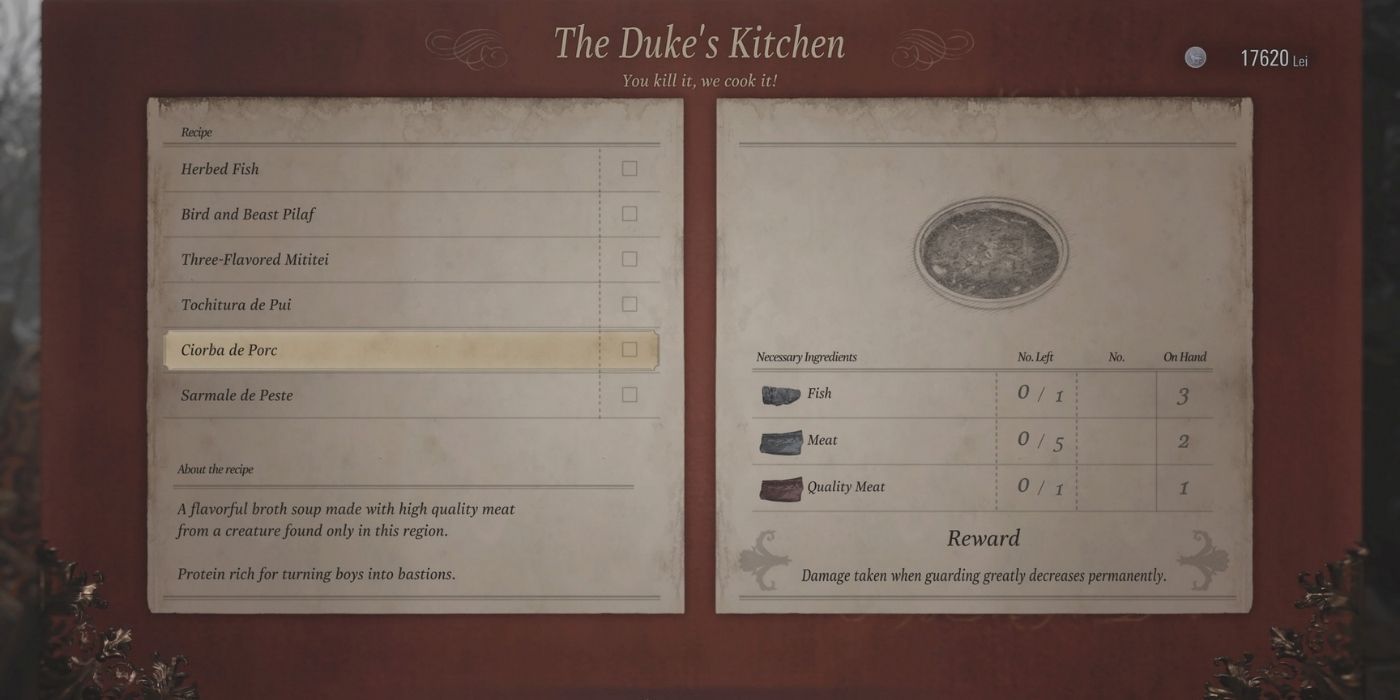 After encountering a werewolf at Moreau’s Reservoir, players will come across a photo of the white pig and it’s location. This can be cross-referenced with the player’s own memory of the village layout and landmarks to pinpoint where the pig dwells. However, it’s possible to find and hunt the pig long before ever stepping foot in Moreau’s Reservoir. The white pig will spawn after the Lady Dimitrescu boss fight, and can be hunted during the search for the house with the red chimney.

The Quality Meat pig will be found near the well south of Fallow Plot. The exact location can be seen on the map below. Players must enter the shack where they first met Elena near the beginning of the game. From there, it’s possible to hop out the back window. The white pig will be waiting in the clearing. It’s a tough creature, but it can be butchered with just a couple shotgun shells. 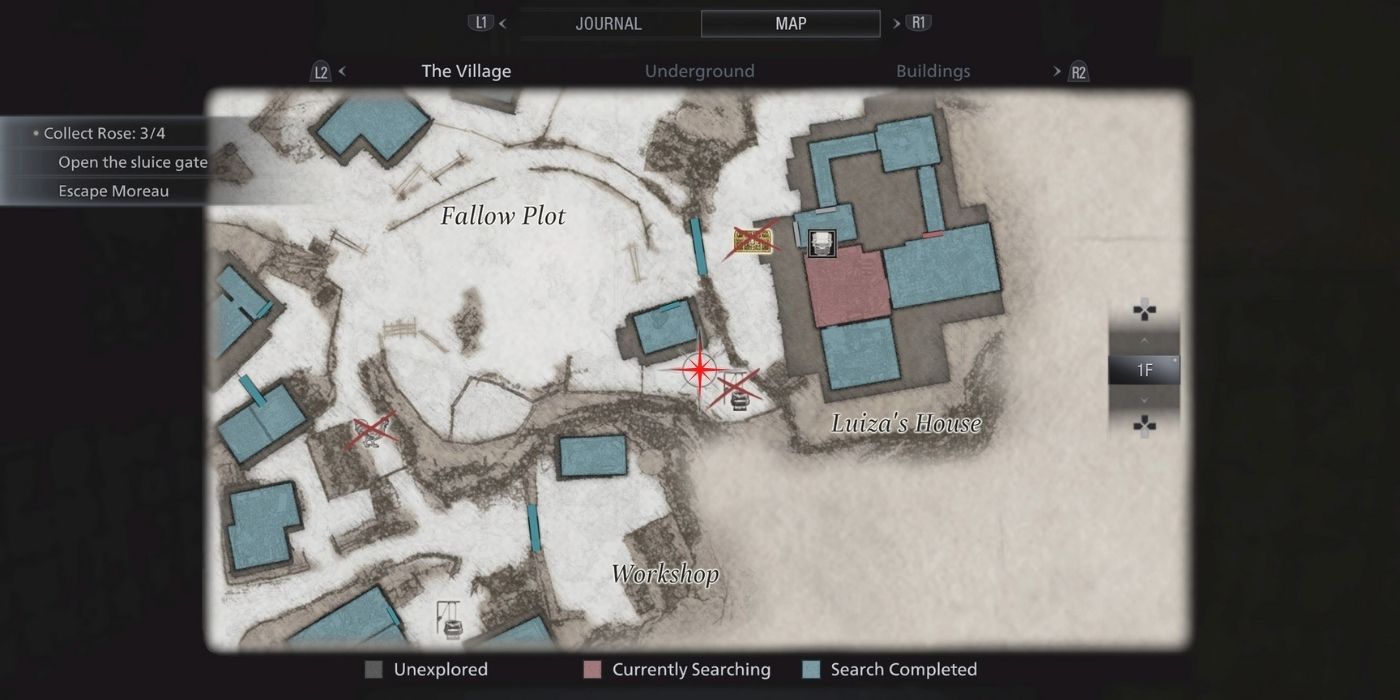 The white pig hunt is an important task in Resident Evil Village. Hardcore players will need every advantage they can get when playing on higher difficulties, and the boons granted from meals are invaluable. Ingredient hunting is far from the only beneficial scavenger hunt. Anyone struggling during their jaunt through the village should keep an eye out for treasures such as Crystal Fragments as well. A little extra coin goes a long way towards buying some assistance from the Duke.