Rainbow Six Siege’s newest Technical Test Server is trying out some huge nerfs and buffs to operators that have caught a lot of attention in recent months. Most notably, hipfire for shield operators is now less accurate and shield melee isn’t an instant kill.

The test server patch notes read like a laundry list of community complaints piled up since Phantom Sight’s release last month. As always, nothing listed here is guaranteed to make it into the live game, though I anticipate much of it will.

Update: Ubisoft has posted its Phantom Sight Designer Notes that expands on the balancing changes listed here and has updated graphs showing the win and pick rates of every operator in the game. 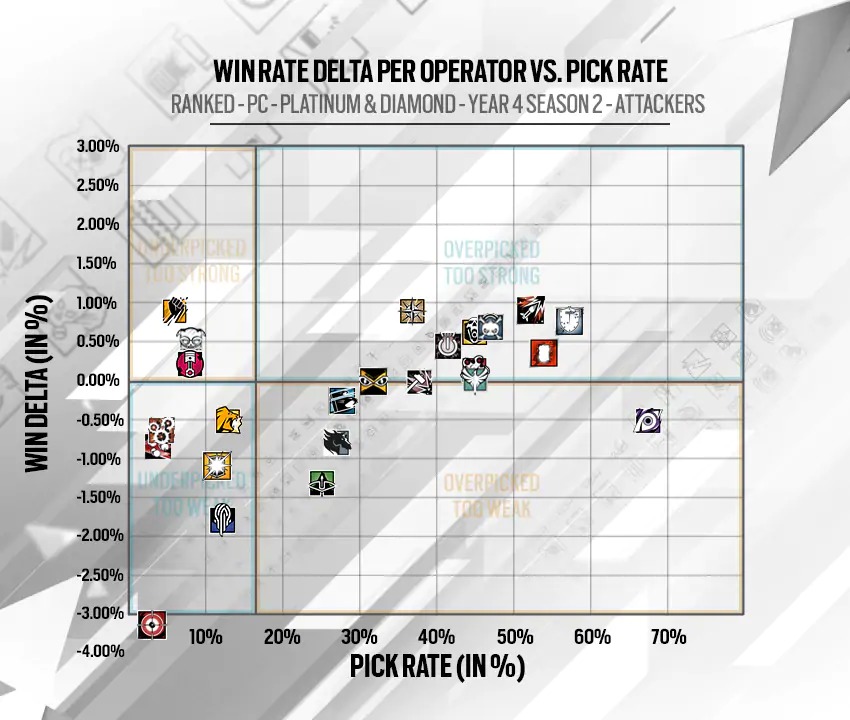 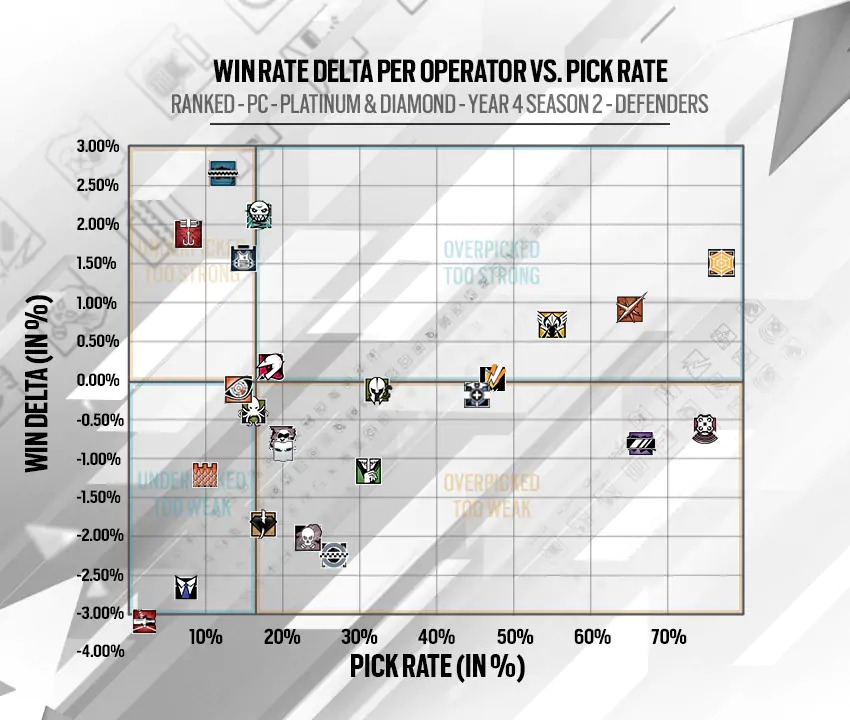 There are some interesting takeaways from this data. New operators Warden and Nøkk are among the least picked and least successful operators in the game. Ubi is trying to make Nøkk more consistent with a gadget upgrade, but I’d argue her awkward weapon choice is the real deterrent. Despite boasting the worst position on the graph (second only to Tachanka), Warden isn’t being touched in this update.

I imagine Warden’s stats are due to his stun-stopping smart glasses being incredibly useful, but only in very specific circumstances. If you’re not trying to counter a Glaz, Ying, or Blitz main, there’s no good reason to bring Warden along. His primary SMG is one of the worst in the game and his slow speed makes it harder to use his shotgun effectively. If you don’t know the glasses will be useful, you’re just giving yourself a disadvantage.

You also can see just how much Glaz’s scope rework plummeted his pick rate (it used to be well above the center line). Interestingly, his win rate didn’t dramatically decrease, which points Glaz players still being effective when they did play him.

As for Jackal, it’s interesting to see his pick and win rates rise throughout the season without any actual change to him. Ubi said its using a projection model to account for Jackal’s theoretical rates had he not been banned so much this season.

Shield operators like Montagne and Blitz have always felt a little busted, so it’s encouraging to see Ubi testing ways to make them less frustrating to play as and against. Though, I’m not convinced the melee change goes far enough. Going into DBNO (down but not out) is usually a death sentence in Siege, so I don’t see this making shield melee less frustrating.

Jackal’s infamy has exploded in the past month. Since the introduction of operator bans in Ranked, he’s had one of the highest ban rates among attackers. Is it because he’s too powerful, or his scans are too annoying? Those are questions that Ubi is deliberating as it figures out balancing in a post-operator bans Siege.

For now, they’re testing a pretty basic nerf to his footprint scans, which always felt a little too long. Enemies scanned by Jackal will be pinged a total of five times, down from six. If Jackal decides to use all of his pings on the same target, he can track them for a total of one minute, or one third of a Ranked round. That’s still pretty powerful.

Echo has one of the highest ban rates among defenders. Some of that can be attributed to his popularity in Pro League, but it’s also because nobody likes being dizzied by his Yokai drones for what feels like an eternity. This seems like a small change, but three fewer seconds with blurry vision and compromised hearing can make a big difference. 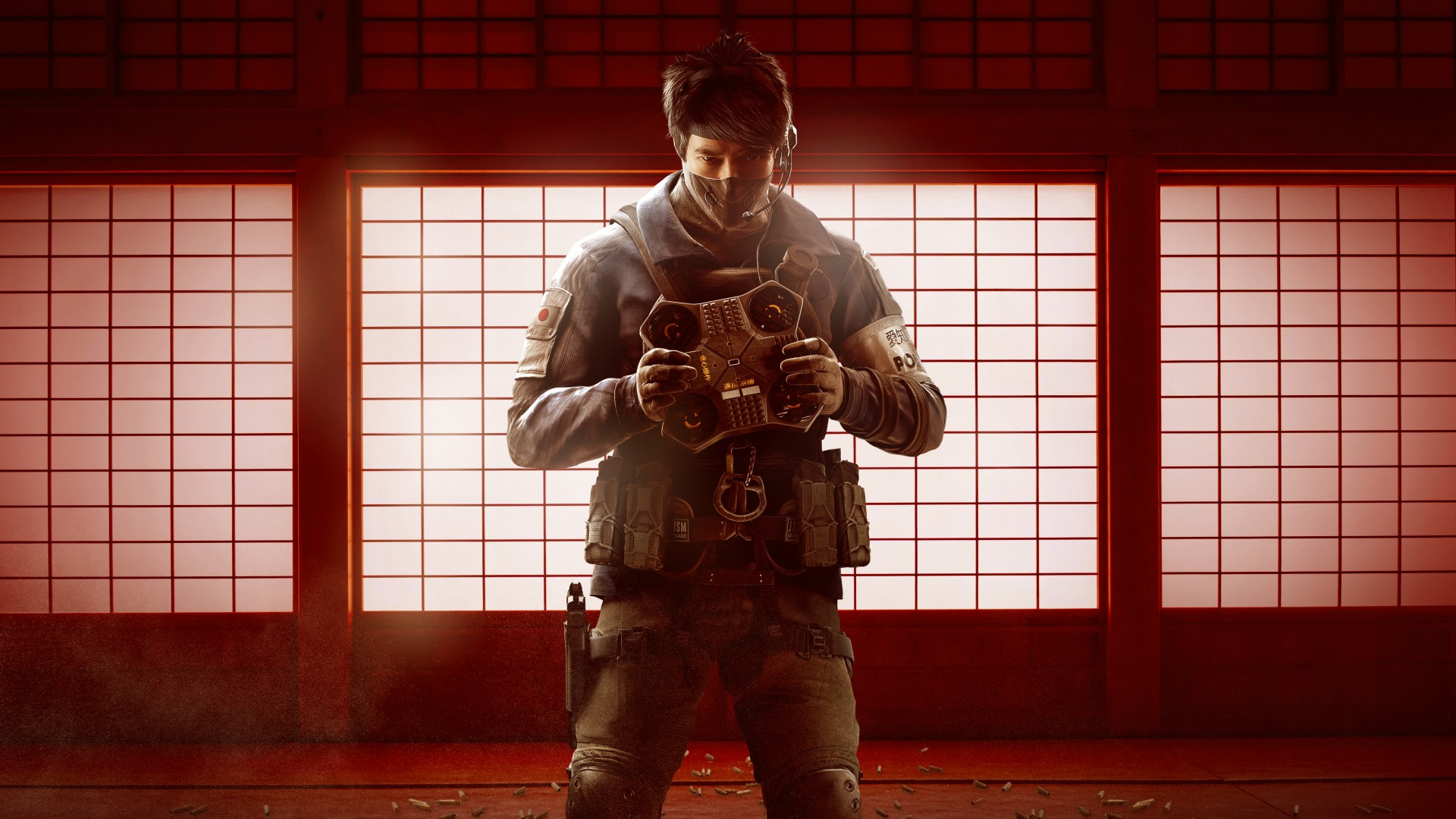 It’s tough to nail down how Maverick’s torch should be from certain distances, but almost everyone can agree that it’s too quiet when Maverick is only a few meters away. Maverick will still excel at infiltrating remote areas of the map, but quick breaching an objective wall should sound more obvious now.

Nøkk’s silent step and camera invisibility combo can be powerful, but it feels awkwardly short. It often expires right when I need it most, even at full charge. An extra two seconds will definitely help.

Following Glaz’s recent rework that forces him to stay still to use his thermal scope, Ubi is walking back the intensity of the scope. Glaz can now move around more freely while still somewhat seeing through smoke, and it won’t take as long for the vision to come back. Ideally, he still won’t be as good as he was pre-rework while making him less frustrating.

This test patch also includes a good chunk of bug fixes and other smaller stuff, like an on-screen idle kick warning and further tweaks to reverse friendly fire that make trolling less fun. You can read the full patch notes here.