Persona 5 Strikers marks a welcome return for The Phantom Thieves of Hearts. Persona 5 is among this generation’s greatest JRPGs, but Persona 5 Strikers takes a different approach. In keeping with Atlus’ previous follow-ups, it’s both a spin-off and direct sequel to Persona 5.

You Are Reading :Persona 5 Strikers guide What series newcomers and veterans need to know

With a mysterious corruption spreading across Japan, the Phantom Thieves are having a summer road trip, leaving Tokyo to explore multiple cities and take down hordes of Shadows. If you’re unsure what to expect before diving in, or just need a refresher on the series, I’m here to get you started.

Where does Persona 5 Strikers fit in the timeline?

This is a shared universe: the Persona series introduces new characters and settings with each main entry, but it retains common elements. Every story sees our cast awakening to their Personas, a physical manifestation of a character’s psyche. Symbolising their inner strength against adversity, they are the entity that unites each game.

Occasionally, they’ll reference each other, but you only need to worry about Persona 5 when it comes to Strikers. The spin-off sequel starts four months after its conclusion. You can disregard spin-offs, too, like Persona 5: Dancing In Starlight and Persona Q2: New Cinema Labyrinth. Both feature the Phantom Thieves, but despite being canon, and for reasons I can’t explain without spoilers, neither impact the wider plot.

Do I need to play Persona 5 first?

Not exactly. As a sequel, Strikers assumes your familiarity with the Phantom Thieves. The characters are fully established, and Strikers does an excellent job building upon those existing relationships further. Previous events are referenced and having that knowledge adds context to the events that take place in Strikers, but it doesn’t outright rely on them, either.

If you can, I strongly recommend playing Persona 5 first for that character development, but the problem with that is there’s still no Persona 5 PC version. For now, at least for the moment, you’ll need a PS3, PS4, or PS5. 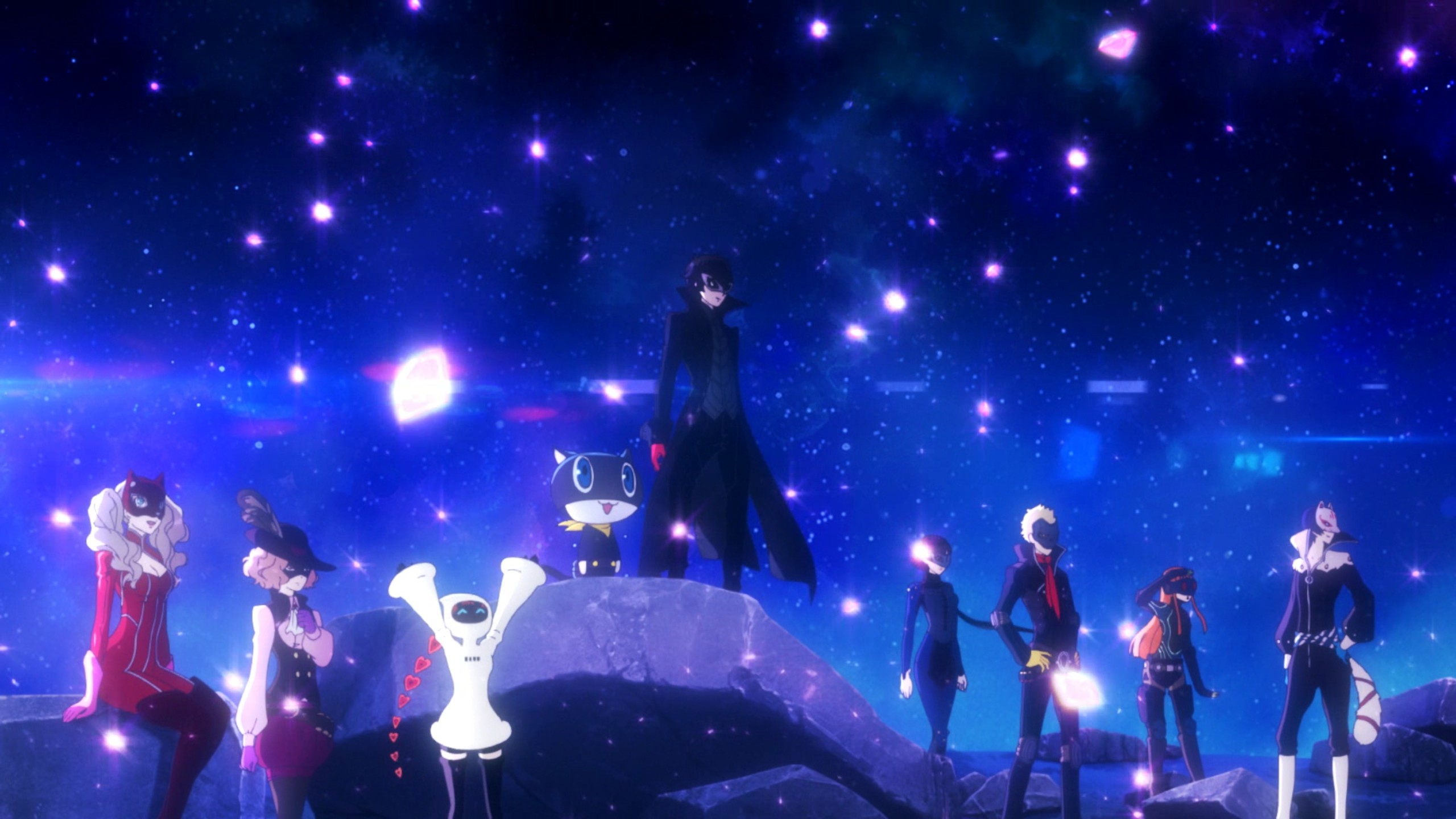 But what about Persona 5 Royal? This enhanced edition of Persona 5 is exclusive to PS4, adding a playable third semester, new story content, and quality-of-life changes. If you’ve only played ‘vanilla’ Persona 5 and can’t commit to another 100-plus-hour run, then I’ve got good news: Strikers doesn’t reference Royal’s story once, so don’t sweat it if you haven’t played the Royal-exclusive stuff.

If you don’t intend to play Persona 5 or Royal first, here’s what you need to know in terms of story (so here’s your spoiler alert).

In Persona 5, our team of Thieves took down a series of corrupt public figures. To do this, they infiltrate their target’s Palace within the Metaverse, a realm that exists outside the normal world. Palaces form when its ruler’s negative thoughts become highly distorted, based on how they see the world. Defeating the ruler’s shadow changes their hearts.

After taking down the last major target, prominent politician Masayoshi Shido, changes his heart just after he wins the parliamentary elections. Realising people are still clinging to him, the Phantom Thieves discover the true threat known as the God Of Control, Yaldabaoth. Seeking to ‘release’ humanity from free will, their battle destroys the Metaverse as the god is defeated. 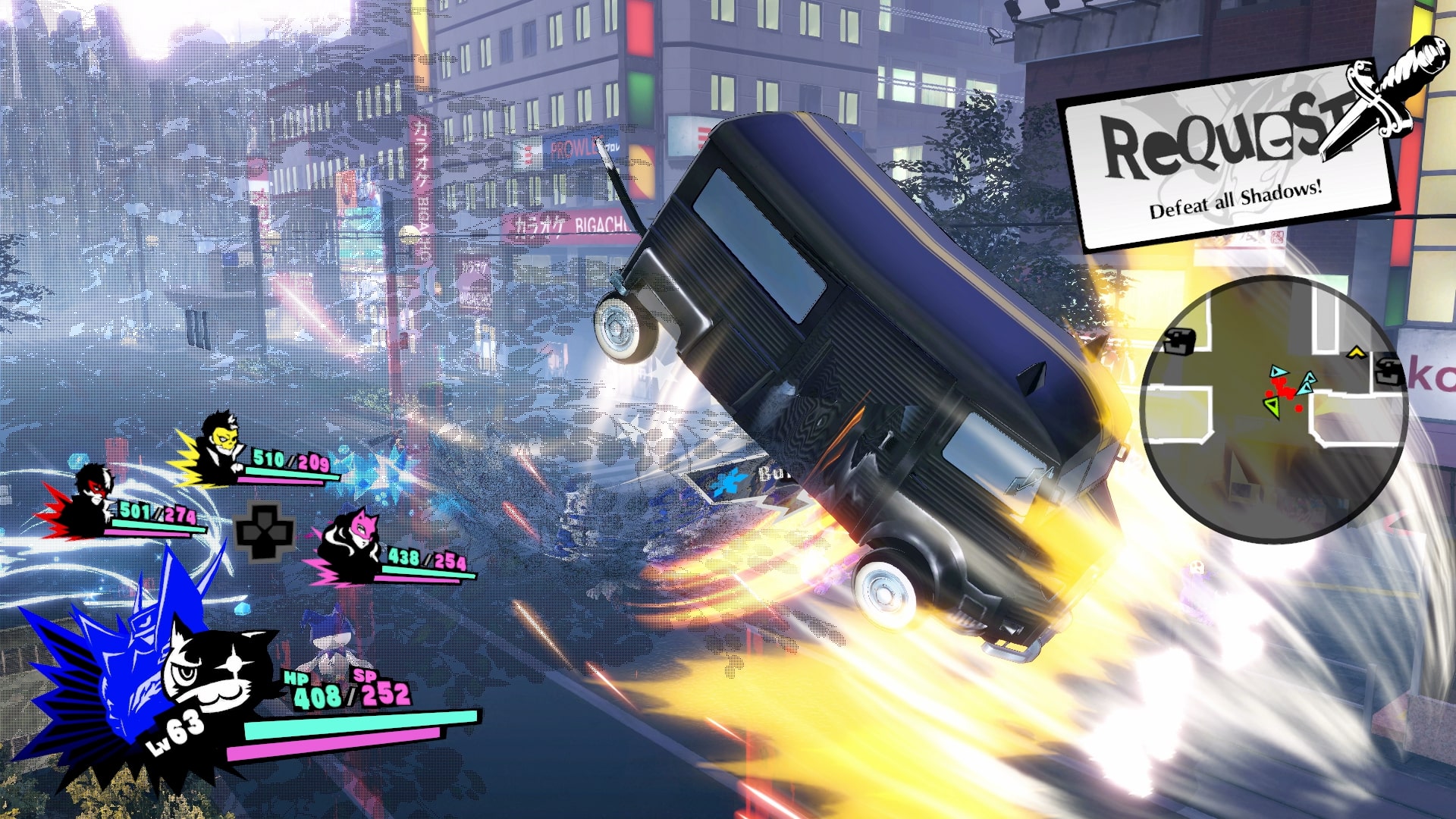 How is the combat different?

Strikers moves away from Persona 5’s turn-based combat, opting for hack-and-slash gameplay with many Shadows per battle. Instead of Palaces, the Phantom Thieves are infiltrating Jails—which function similarly, but don’t disappear upon completion. If you’re running low on stamina or health, players can leave that Jail to refresh everyone and come back. Unlike Persona 5, there’s no time penalty for this.

Strikers does include strategic elements from its predecessor that distinguishes it from Dynasty Warriors. If Shadows haven’t spotted you, ambushing them provides an early battle advantage. Players can also deal environmental damage, like destroying cars for a fire attack.

Persona skills are selected from a menu and Joker can wield multiple Personas at once. Choosing a skill freezes battle, giving you time to tactically manoeuvre. Each shadow has weaknesses/resistances and Strikers automatically says what’s effective. Hitting weaknesses stuns Shadows, allowing an All-Out-Attack for heavy damage, for example. 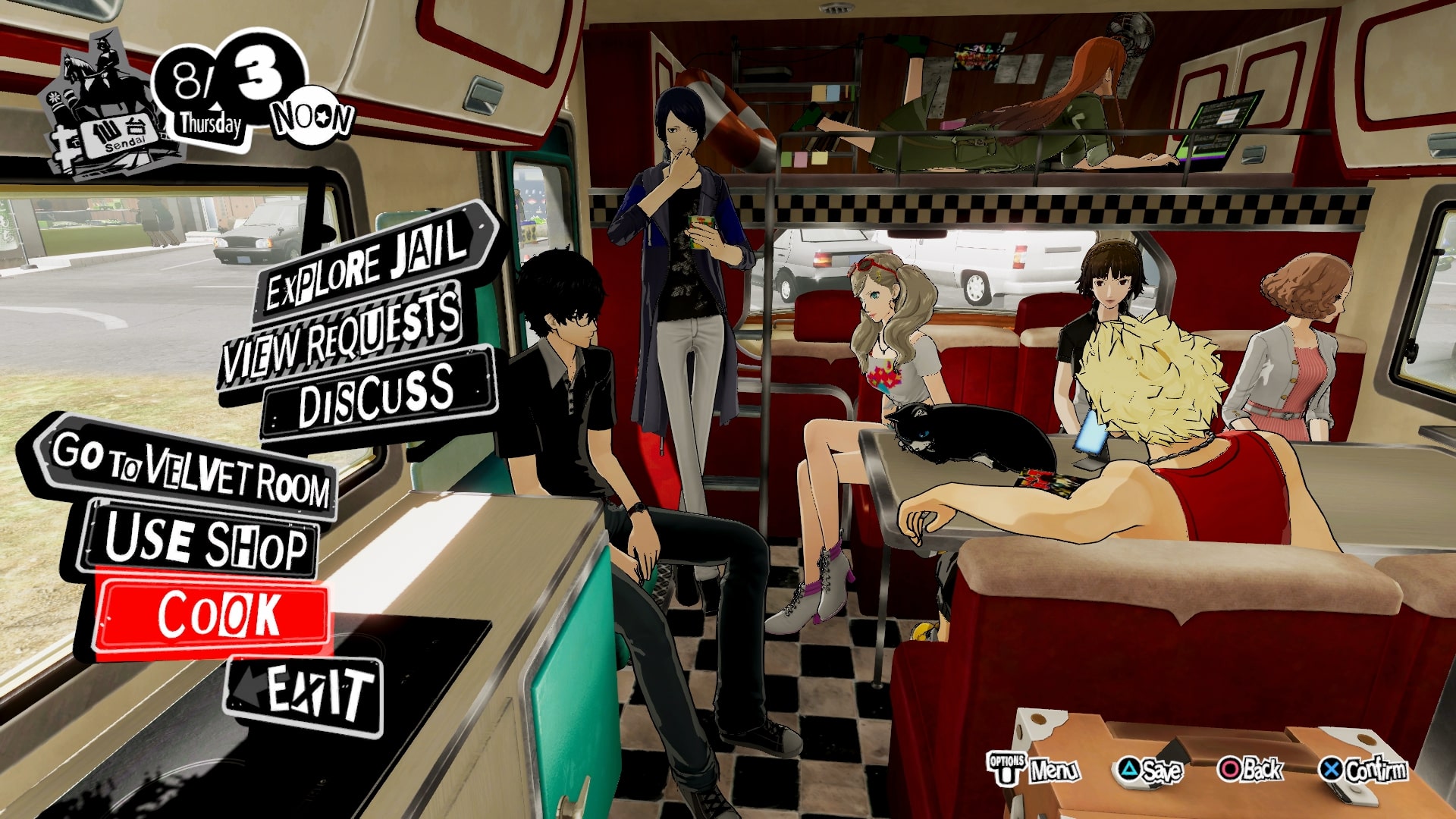 How do Social Links work?

Yes, but it’s changed. Ever since Persona 3, main entries included life simulation mechanics called ‘Social Links’. You can forge bonds with certain characters and, if you choose, enter romantic relationships with a select few, when you reach a certain level. Persona 5 renamed these ‘Confidants’ and boosted your skills with it, for example letting you use it to unlock special Persona fusions.

Strikers scraps the Confidants system. If you entered a romantic relationship in Persona 5, that won’t carry over. You can spend time with your fellow thieves through optional social events; they just don’t function like before. Otherwise, you can still freely roam each city, go shopping at different stores, practice your cooking, and chat with NPCs. 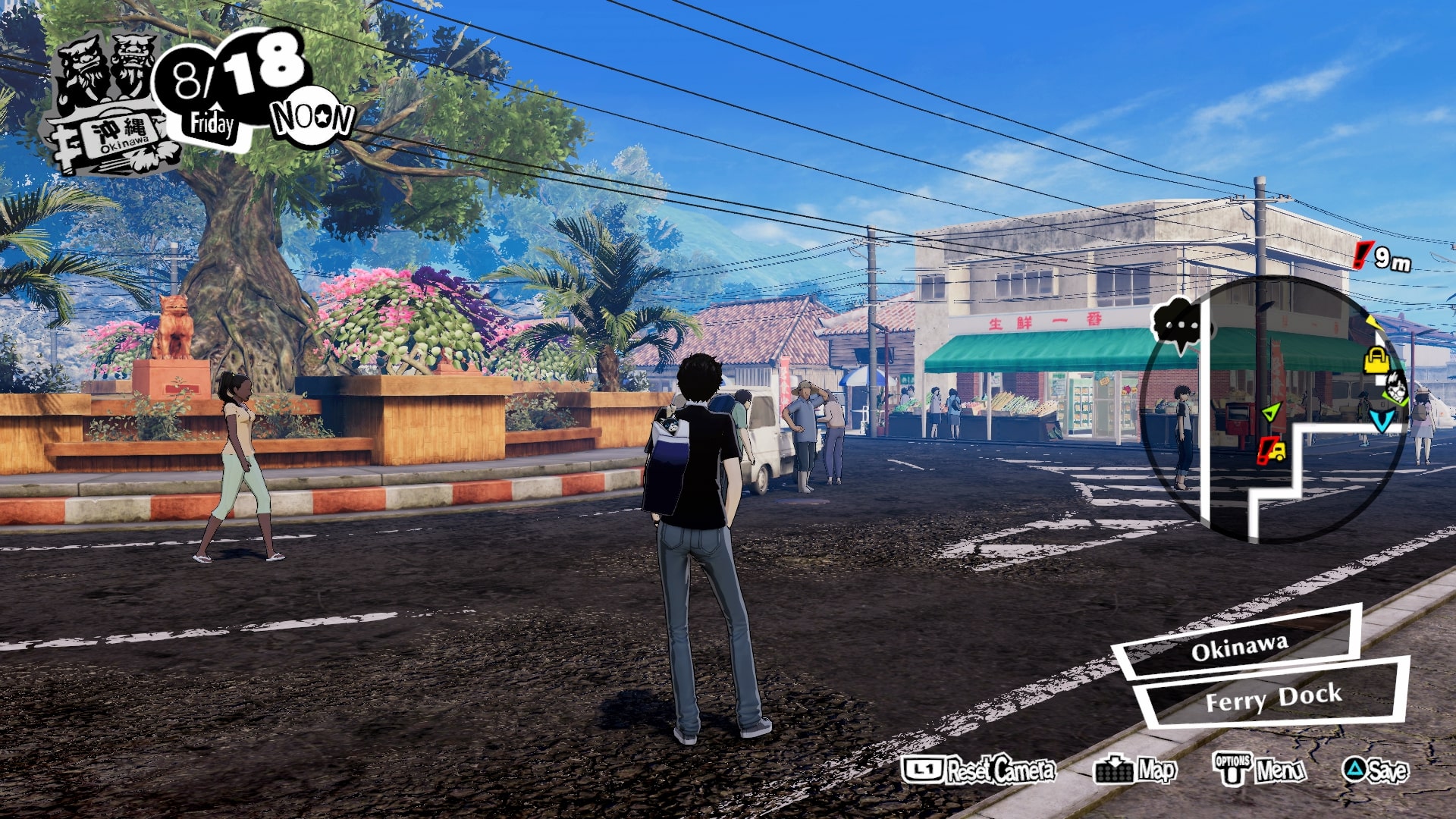 Everything else you need to know