You Are Reading :New Unboxing Gameplay And Painting Videos Released For Horizon Zero Dawn The Board Game 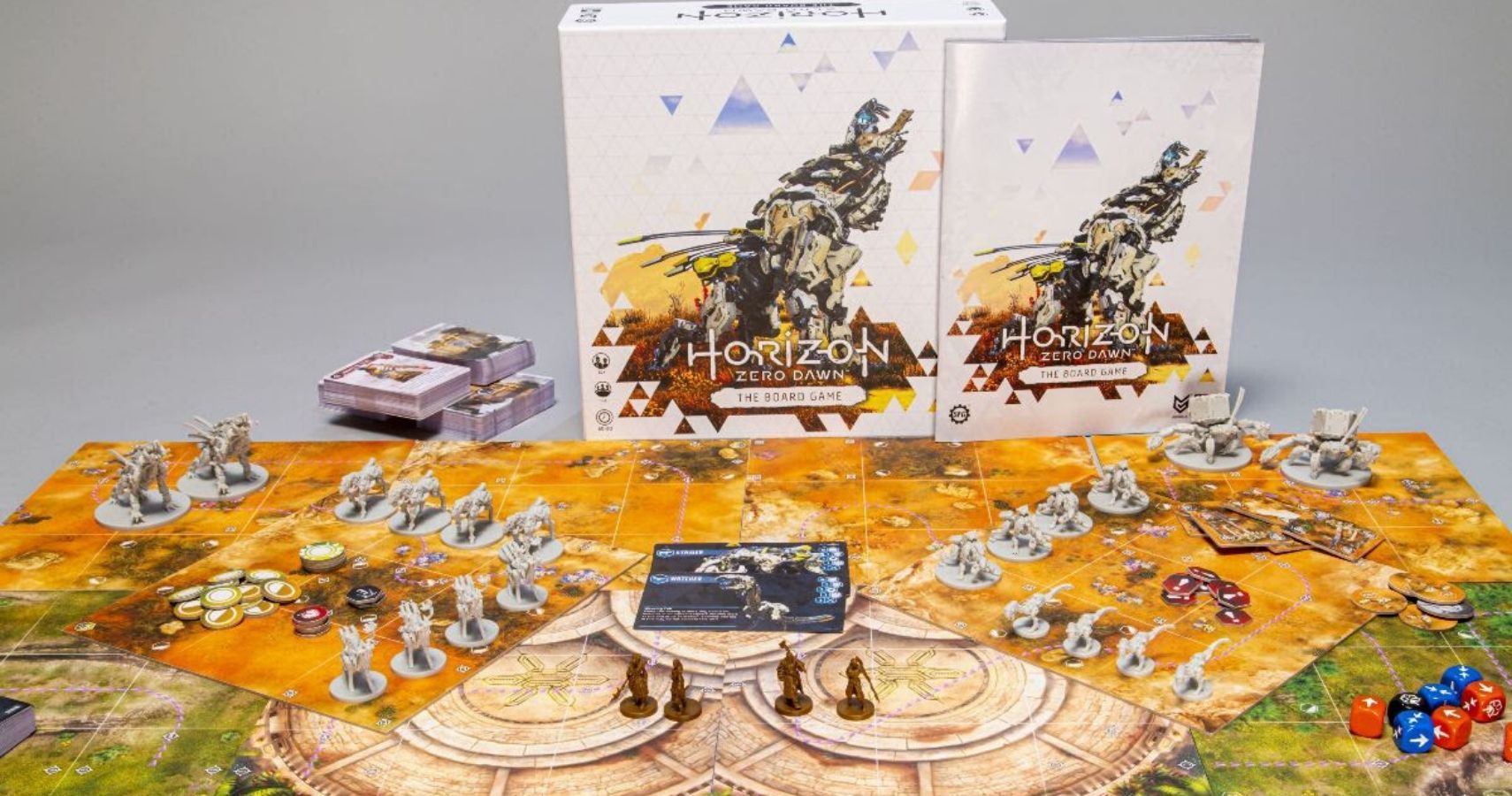 Renowned game studio Steamforged Games has published three new videos covering Horizon Zero Dawn: The Board Game. Totaling almost three hours of gaming goodness, the videos showcase an unboxing, a miniature painting, and an actual play demo of the video-game-turned-board-game. These videos can be found on the Steamforged Games YouTube channel.

Horizon Zero Dawn: The Board Game is based on the award-winning Horizon Zero Dawn action RPG video game developed by Guerrilla Games, published by Sony Interactive Entertainment, and released in February 2017. The board game was the result of a successful Kickstarter campaign which has since ended.

In the 45-minute Horizon Zero Dawn: The Board Game unboxing video, Steamforged Games co-founder Mat Hart (with a special appearance by his pet chihuahua) and Lead Designer Sherwin Matthews unbox one of the first retail core box sets to come off the production line. During the unboxing, Hart states that he guesses the box weighs about “3 kilos,” which is about 6 lbs, foreshadowing the massive amount of board game material that he pulls out of the box. Hart and Matthews rave on the construction quality and outstanding artwork the entire team put into creating all the game elements, which can be clearly seen throughout the video.

In Horizon Zero Dawn: The Board Game Painting Stream, Hart and Matthews select one of the Shell-Walker minis from the box and proceed to spend over an hour painting it. Hart does a great job of describing the painting process step-by-step, in simple terms for those who may be painting a mini for their first time. He begins by outlining his techniques used to prep the mini Shell-Walker, and how he wants to give it an obvious desert-weathered look. One of the more interesting painting techniques Hart describes is how he uses paint to portray overhead lighting on the mini.

In the Horizon Zero Dawn: The Board Game gameplay video, Hart and Matthews run through one of the games’ quests. Together they cover game set up and rules, the game phases, combat, leveling up skills, and detail much of the information that can be found on the game cards.

If you’re at all interested in any Horizon Zero Dawn: The Board Game info, then these three videos have what you’re looking for. You can also stay up-to-date on all Steamforged products by visiting their website and Twitter.