New details have emerged and a casting search is underway for the lead role in AMAZON, The CW’s Wonder Woman origin series written by Allan Heinberg.

New details have emerged for the joint production of Amazon, a Wonder Woman origin series from The CW, Warner Bros. TV and DC Comics. When we first reported on the pilot, it was in the early development stage, with a previous live-action Wonder Woman TV series failing just the year before. Now, with the success of The CW’s Green Arrow series, Arrow, it’s looking more likely that a young Amazonian princess will find her way to television. Warner Bros. TV has reportedly hired a casting director in search of someone to play the lead role, as they are anticipating a pilot pickup. Written by Allan Heinberg, Amazon is a fish-out-of-water series that has has shades of Tarzan as it centers on a young Amazonian named Iris who learns to develop her superpowers. Hit the jump for much more. 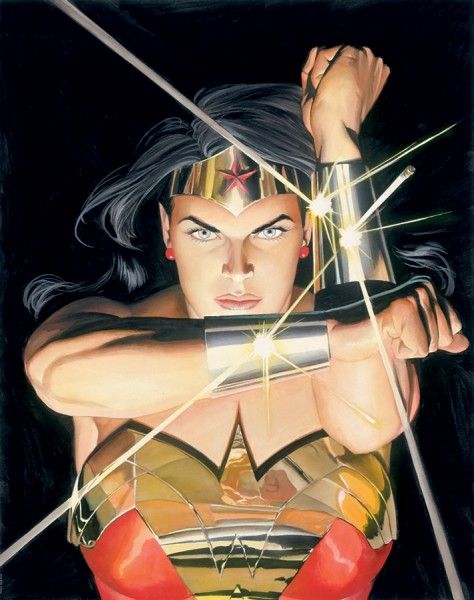 The following breakdown of the role of Iris comes via Deadline:

“She comes from a remote, secluded country and until now has spent most of her life as a soldier and a leader on the battlefield. Because of relentless brutality of her life at home, Iris looks at our world with absolute awe and astonishment. She’s delighted and just as often horrified by the aspects of everyday life that we take for granted: skyscrapers, traffic, ice cream.It’s all new and fascinating and sometimes slightly troubling to her. Iris is completely unschooled in our world, our culture, our customs. And she’s completely inexperienced at interpersonal relationships. She has no social filter, does not suffer fools, and tends to do and say exactly what’s on her mind at all times. She’s bluntly, refreshingly honest. She can tell when you’re lying to her. And she doesn’t have time or patience for politics or tact because she’s too busy trying to experience everything our world has to offer. There are too many sights to see and things to learn and people to care for. Hers is a true, noble, and generous heart. And she will fight and die for the people she loves. Iris is a fierce warrior with the innocent heart of a romantic and she will fight to the death to make the world safe for innocents and true romantics everywhere.”

This is potentially a huge role for a young actress out there, as the Smallville stars can attest to, as can breakout Arrow star, Stephen Amell. While the script is still being honed for the pilot, the casting search will commence concurrently. Shine up those bracelets and refresh those lasso skills! Quick! Someone call Gina Carano!