Skyward Sword HD is still more frustrating than it should be. 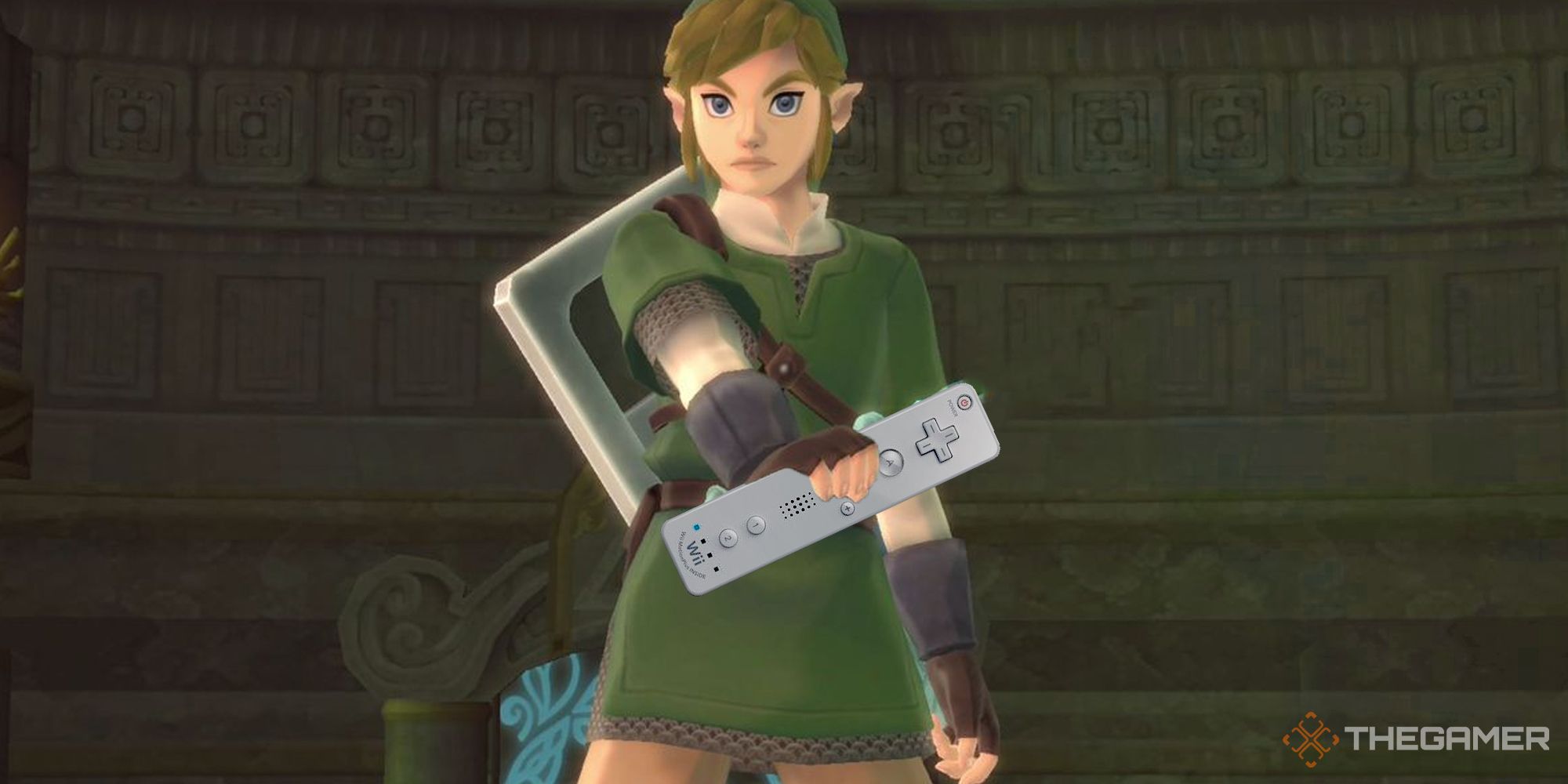 Skyward Sword has never been a fun game to control. It was innovative and rewarding, but progress was held back by the inconsistency of motion controls that were going out of fashion long before its initial launch on the Wii. While the idea of controlling Link’s sword movements with one-to-one accuracy had its appeal, the focus on drawing the player in like this meant that fundamental elements of the experience like moving around and controlling the camera were thrown to the wayside. In short – it was a bit of a hassle.

One step forward was met with two steps back, with many hardcore fans wishing that the control scheme of Twilight Princess or Wind Waker would make a sudden return. Motion controls are built into the foundations of Skyward Sword, so much so that the HD remaster has no choice but to accommodate them. Having only briefly dabbled with the original before pulling myself away in response to its method of play, this is my first time truly diving into Link’s final traditional adventure. It has all the flaws I expected, yet there’s still something magical about it, so the frequently irksome controls sadly dampen what is an otherwise vastly improved version of an unfairly dismissed classic.

I’ll start with the camera. If you’re playing with detached Joy-Con, it can be controlled with the right stick like the majority of modern games, with sword combat and other commands being executed with motion controls dictated by the controllers themselves. While not everything will gel with the motion controls, it’s a decent compromise that makes admiring the world of Skyward Sword and not accidentally bumping into walls that much easier. However, due to my aforementioned beef with wagging my arms about, I opted for the new method. Skyward Sword HD can’t abandon the precision associated with its combat because enemies and puzzles are designed around it, so a full overhaul just isn’t possible. 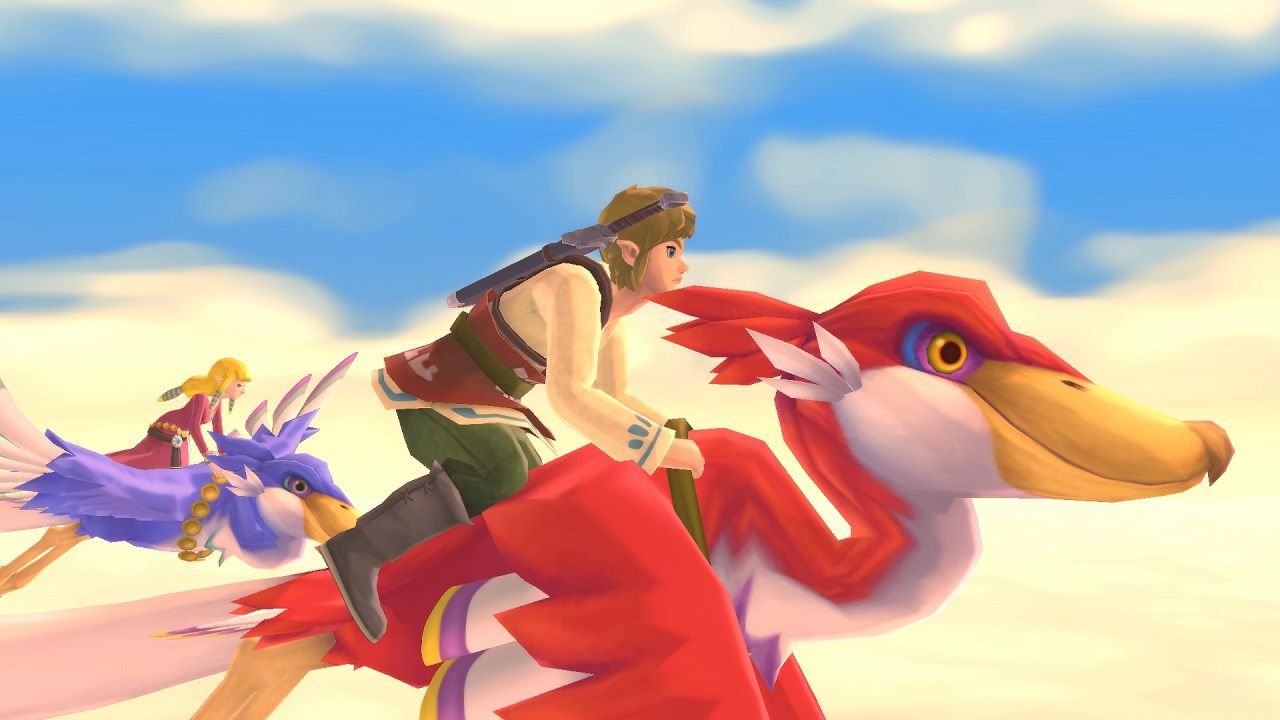 To strike a balance, Nintendo has introduced a new system that allows sword strikes to be pulled off using the right stick. Combat is mostly flawless here, with subtle swipes of the analog stick translating to a weightful impact on screen that makes battling with more cumbersome adversaries a breeze. It almost makes certain sequences too easy, with the consideration previously associated with real-world movements now being exchanged for something far more approachable. I breezed through some sections, although I appreciate the boss battles that will kick your ass time and time again if you aren’t willing to analyse the movements of foes and counter accordingly. Slashing away to your heart’s content won’t work here, and this dedication to strategy works in Skyward Sword’s favour. You feel like a knight conquering previously insurmountable obstacles, and for that Nintendo should be commended. Even in Breath of the Wild, combat is very much a matter of throwing everything you have at Calamity Ganon until he drops dead. Here, things are different.

It’s just a shame that many of the elements that surround these epic showdowns are so tedious. When playing without motion controls, the camera can only be adjusted by holding down one of the shoulder buttons and then using the right stick. As you might expect, this means that adjusting the camera during combat is a bit of a nuisance. During the first battle against Ghirahim, you are required to counter his attacks perfectly, but he also has a habit of teleporting behind you and unleashing attacks that can’t be dodged unless your vision is absolutely perfect. As you might expect, having to lock-off, manually move the camera, and lock-on all before he smokes you isn’t easy, 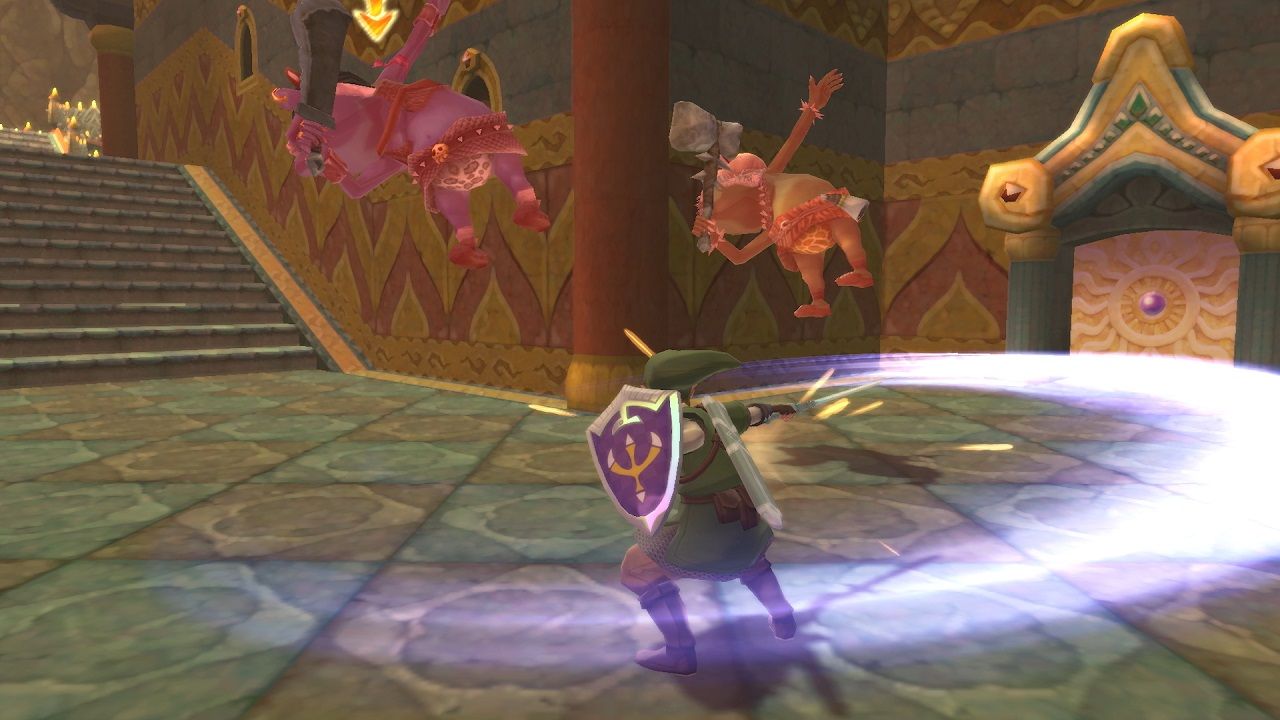 I’m only a handful of hours into Skyward Sword HD right now, but frustrating moments like this are far too common, and it extends beyond my muscle memory yet to adjust to manually adjusting the camera whenever it’s required. The original game and even Twilight Princess lacked modern camera controls too, but those entries didn’t have the hindsight afforded to Nintendo in 2021. I understand the foundations of the experience prevent such changes from being made, but that doesn’t make their presence any less dissapointing. Many look down on Skyward Sword because of its stubborn dedication to tradition, but its ambition to normalise motion controls for the series has aged it far more than overbearing tutorials ever could, especially when so many of these flaws have been ironed out with the remaster. I’m loving this game, but I wish wrestling with controls wasn’t such a big part of it.

Next: Zelda’s Haircut Is More Than A Fashion Statement, It’s A Sign Of Growth 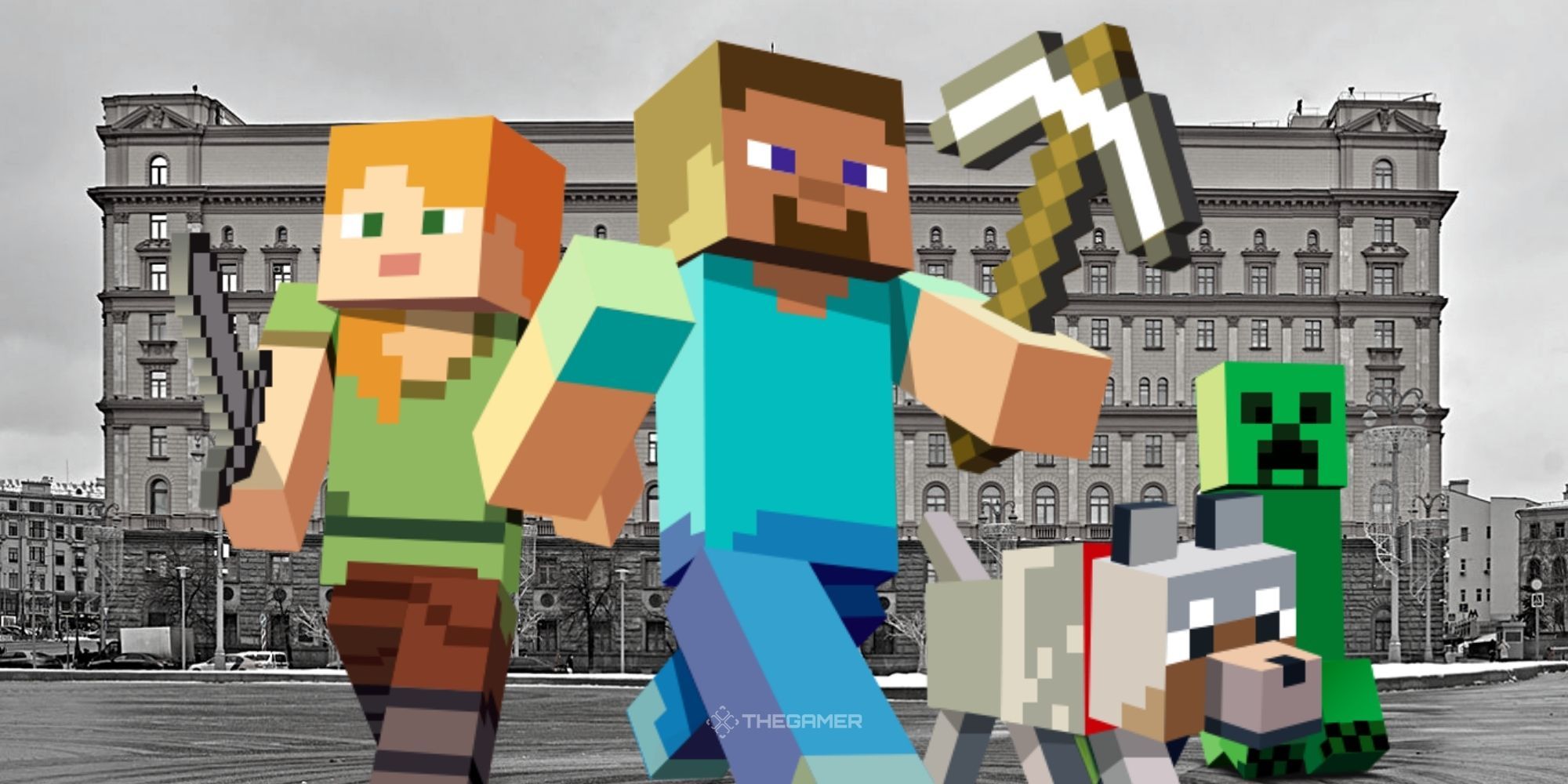 Jade King is Lead Features Editor for TheGamer. Previously Gaming Editor over at Trusted Reviews, she can be found talking about games, anime and retweeting Catradora fanart @KonaYMA6.