Mod of the Week Just Cause 2 Multiplayer Mod

Mod of the Week Just Cause 2 Multiplayer Mod

You Are Reading :Mod of the Week Just Cause 2 Multiplayer Mod 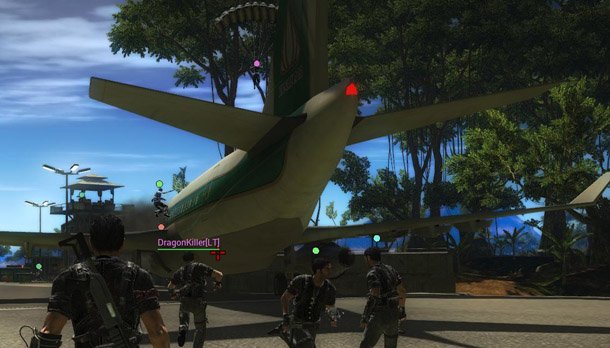 You’re parachuting over the island of Panau, as you’ve done countless times before. This time, however, you’re not alone: the sky is full of chutes. Planes streak by, wildly firing at each other, while a crowd of people with grappling hooks all try to hijack the same helicopter. On the ground, two dozen limousines careen past in the midst of a race around an airport. The Just Cause 2 Multiplayer Mod doesn’t boast a server of 24 or 36 players, but hundreds, potentially thousands, all in the same game at once. Panau, already a ridiculous place, just got truly nuts.

In the Just Cause 2 Multiplayer Mod , there are no NPCs on Panau. No enemy soldiers, no AI citizens. There are just other players, and the first time I joined the server, there were over 1,200 of them. On the same server. On the same map. At the same time. Naturally, it’s utter chaos, and far more chaos than even Panau is used to. Planes and choppers fill the skies and cars, trucks, motorcycles, and tanks fill the streets. Respawning takes place in the air, so players are constantly parachuting in, guns are always firing, and the sound of explosions in the distance is nearly constant. Plus, everyone has a grappling hook.

Can you grapple onto a moving vehicle and hijack it? Yep, just like in single-player. However, since the driver is another player, they can do the same thing right back, leading to some comical business as you and the driver and possibly several other players desperately try to commandeer — and re-commandeer — the same vehicle over and over again. Speaking of vehicles, if driving around at top speed isn’t fast enough for you, holding shift will give you a boost — such a boost your land-based vehicle may eventually launch itself into the air and fly across the map.

Besides committing acts of random violence on strangers, is there anything else to do? Sure! Press T to open the typing tool, then type “/race”. This will add you to the racing queue, and when it’s full, you’ll be automatically transported to the starting line of the next available race. With over a thousand players bouncing around the server, it takes just a few moments to gather enough players, and the race, when it begins, is almost always stocked with dozens of people.

Sometimes it’ll be a 30 person motorcycle race where the first gate is at the top of a nearly sheer cliff. Another race is on a tiny figure-eight course on solid ice, meaning tons of skidding and crashing and head-on collisions where the track crosses itself. There’s even a skydiving race, from the Mile High Club to the ground.

Winning races, killing other players, and sometimes even dying will result in you earning a little money to spend with the mods’ Buy Menu (used by pressing B). There you can purchase vehicles — planes, choppers, boats, or land vehicles — which will immediately appear with you inside them. You can use the same store to buy weapons and gear, and your money will carry over between gaming sessions.

I don’t know how often this will happen in the future, but while I was on the server, Woet (one of the JC2MP developers) made himself the subject of a massive manhunt. “I’m in the snowy mountains,” he announced. “First one to kill me gets 1,000,000.” Tracking down a single player in the massive world of Just Cause 2 seems like an enjoyable, possibly epic quest, but in truth, with nearly 1,300 players, many of them in jets, all of them money-hungry, it took only a minute or so for Woet to be killed. A bounty system would be a great regular feature, though, drawing players in from all corners of the massive map one a singular mission to hunt down a lone players.

See also  Control How To Complete The Punch Card Puzzle

While you tend to spawn in the vicinity of other players, you can occasionally find yourself stranded far from anyone else with no transpiration and no money to buy a new ride. Luckily, you can teleport to a busy spot by typing “/tp airport” (or the name of whichever spot you’d like to visit.)

During my time on the server, the fewest amount of players I saw was around 500, and the highest was about 1,400. And while there can be a bit of lag from time to time, for those kinds of numbers it’s actually been a pretty smooth experience. One thing I could do without is the global chat: it’s spammy, full of horrible people saying terrible things, and with hundreds of people all using it at once, the text scrolls by too fast to be useful anyway.

Installation : The mod is scheduled to officially launch on Monday, December 16th. It’s on Steam , so you can install and launch it like you would any other Steam game.