Looking Back on 20 Years of Luigis Mansion

Looking Back on 20 Years of Luigi’s Mansion

The original Luigi’s Mansion game has now reached its 20th birthday, becoming an award-winning and fan-favorite series of spooky games.

You Are Reading :Looking Back on 20 Years of Luigis Mansion 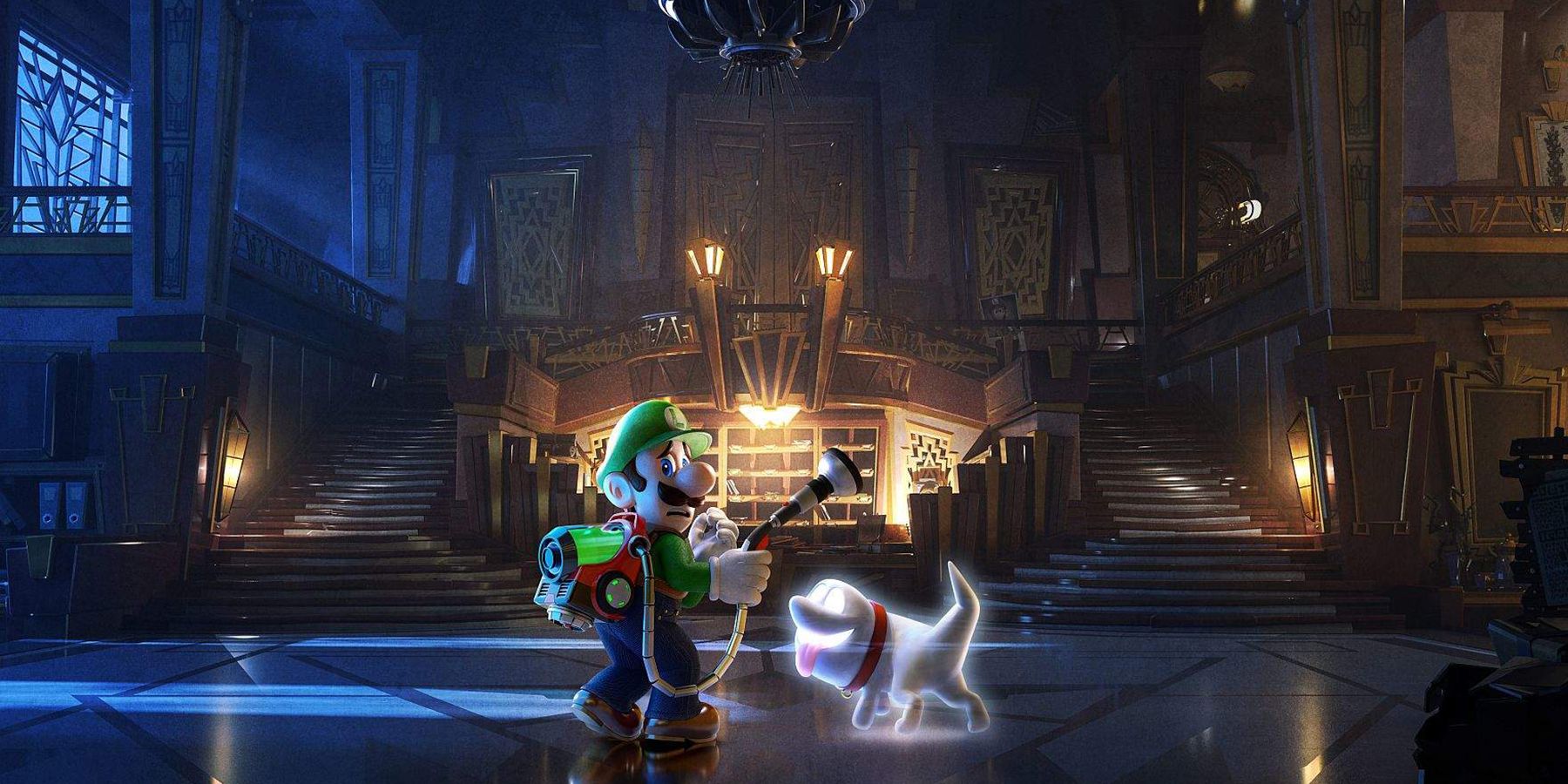 November 18, 2021 marks the 20th anniversary of the North American release of the beloved GameCube game Luigi’s Mansion. With three games now comprising the series, the titular 2001 game was a same-day release as the GameCube console. As the first Super Mario Bros release for GameCube, it was a defining game for the new console’s sales and general reception.

Now, two decades later, Luigi is still fighting ghosts in different forms. Between ghost-infested mansions, abandoned mines, decrepit factories, and haunted hotels, Luigi and players have battled all kinds of specters together in Luigi’s Mansion. The not-so-brave protagonist now has a long history of vanquishing ghouls as a fan-favorite Mario Bros. franchise. 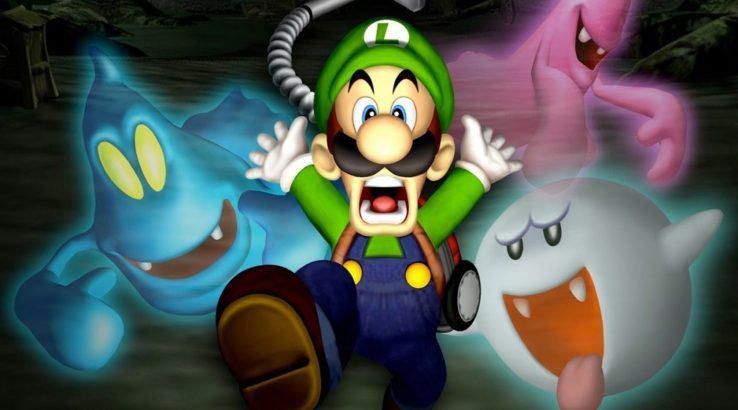 The original Luigi’s Mansion released with the GameCube as one of the only Nintendo-exclusive projects for the console. This was Luigi’s second role as the protagonist after Mario is Missing, which shared a similar premise: Mario is incapacitated (this time, kidnapped by King Boo) and it’s up to Luigi to rescue his brother. Two characters, Professor E. Gadd and King Boo, made their debuts in Luigi’s Mansion and have remained staples in the Mario universe ever since.

In the game, Mario and Luigi receive a notice informing them that they’ve won a free mansion, and when Mario goes ahead to investigate the offer, he’s kidnapped by ghosts that reside in the mansion. Luigi, catching up, finds a dark and terrifying mansion where he faces a sneak attack from a band of ghosts, waiting to trap him alongside his brother. However, Luigi is saved by Professor E. Gadd and the pair escape to Gadd’s lab. There, Gadd explains the Poltergust 3000, the iconic ghost-sucking vacuum device, and Luigi’s frightening journey begins as he sets out to defeat the mansion’s resident spirits and rescue his brother.

Beyond being a launch title for the Nintendo GameCube, Luigi’s Mansion had a team of bold developers taking new steps in the world of Nintendo. It had a notably dark tone for the family-friendly game company, and some critics even called it a parody on the survival horror genre. The spooky game also had a unique control scheme: it combined mechanics reminiscent of a third-person shooter with an arcade style-camera, a new approach at the time. Additionally, the analog nature of the GameCube controller’s L and R buttons allowed Luigi to use the Poltergust in different ways, including lighter and stronger suction and an expel mechanic.

Luigi’s Mansion was nothing short of a commercial success, selling 3.6 million copies and eventually landing the spot of the fifth-highest-selling GameCube title. It was also met with overall praise from critics and fans, with compliments flooding in about its graphics, gameplay, puzzles, and voice acting. The main complaints were only that the game was too short, with some fans reporting to have completed it in six hours. The game is not only a fan favorite but also an award winner, receiving the 2002 BAFTA Interactive Entertainment Award for Best Audio. Luigi’s Mansion was also re-released on the 3DS in 2018. 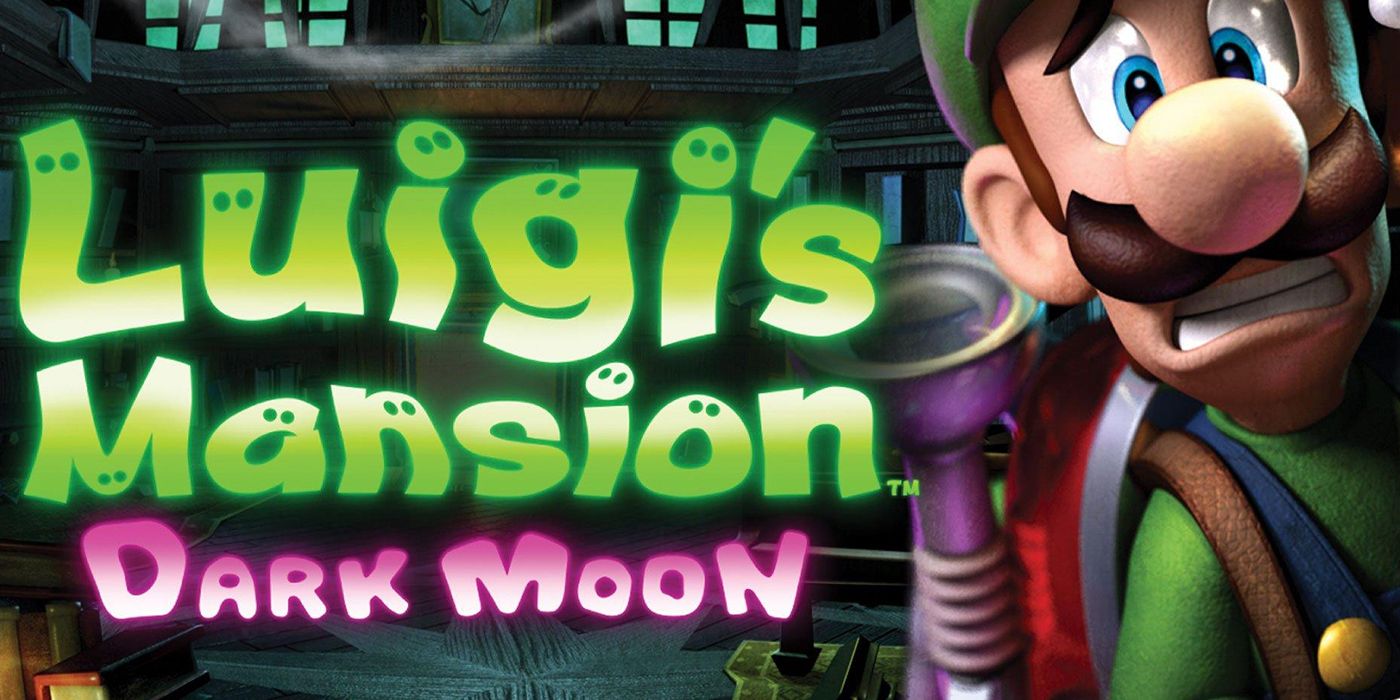 More than a decade after the original game, a sequel came to the 3DS in 2013. Luigi’s Mansion: Dark Moon introduced a few things that would eventually appear in the third game: The character of Polterpup, an adorable ghost dog who occasionally steals vital items from Luigi, and the Poltergust 5000, which is essentially the same as the Poltergust 3000 but with a strobe light attachment that is now required to stun ghosts.

At the start of Luigi’s Mansion: Dark Moon, Luigi is sent by Professor E. Gadd to recover the pieces of the Dark Moon, a magic crystal that King Boo shattered. Luigi ventures to the Evershade Valley, where he and the professor soon discover that Mario has been turned into a painting and is being held in one of six haunted buildings in the valley. In true Luigi’s Mansion form, our hero braves the terrifying ghosts as he travels between the different manors in an attempt to save his brother.

The utility of the Poltergust is significantly magnified in Dark Moon. Rather than only being able to suck ghosts and expel small objects, Luigi must use the Poltergust to manipulate and carry a plethora of objects, handles, valves, and switches in order to progress through the game’s puzzles. Dark Moon also introduced the Dark-Light Device, which revealed hidden doors and objects by using a special blacklight.

As the game was made for the 3DS, it took full advantage of the Nintendo Network and introduced a multiplayer game mode that was available locally and online in the form of ScareScraper minigames. Critics and fans alike loved this sequel, despite the long hiatus between games one and two, and it was praised for its creativity and heart. Ultimately, Luigi’s Mansion: Dark Moon sold 5.4 million copies worldwide. 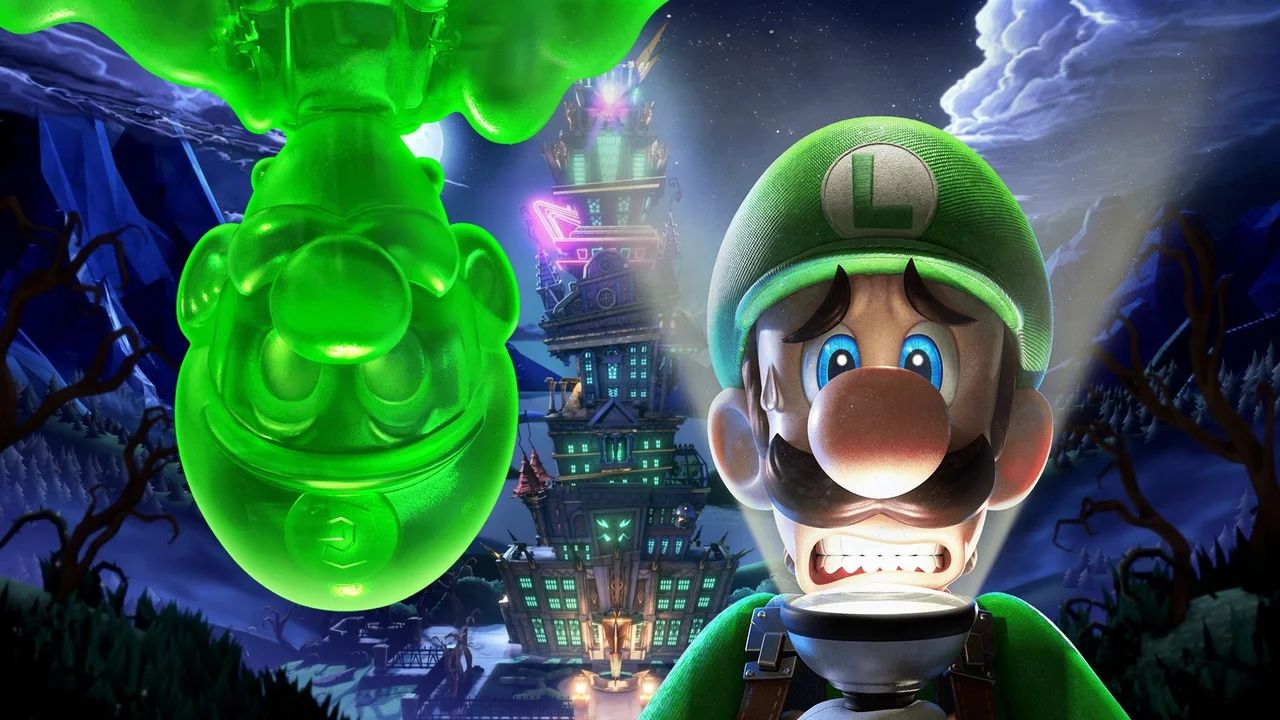 The third installment in the series didn’t take quite as long to come out, releasing on the Nintendo Switch on Halloween of 2019. Princess Peach makes her first series appearance in Luigi’s Mansion 3 as she, Luigi, Mario, three Toads, and Luigi’s recently-adopted Polterpup travel to a luxury hotel for a weekend getaway. They arrive at the hotel, aptly named The Last Resort, and in the night Luigi awakens to shouts of terror from his friends.

Luigi just can’t catch a break, because it turns out the entire hotel staff is made up of ghosts, and they are all working for King Boo once again to kidnap the Mario Bros. gang and trap them in paintings. Luigi and Polterpup narrowly escape, and must brave all 17 floors of the haunted hotel in order to rescue their friends, and they soon find and free Professor E. Gadd from a painting. Professor E. Gadd gives Luigi several useful tools, including a Boo Tracker, a communication device, and most notably the Poltergust G-00.

Enter Gooigi, a Luigi-lookalike made out of ectoplasm. Gooigi can be used in singleplayer mode or with local co-op and can squeeze through vents and grates and walk on spiked floors, but instantly disintegrates upon contact with water. Many of the hotel’s puzzles require both Luigi and Gooigi to complete, and as the doppelgangers and Polterpup traverse the hotel, they must battle and outwit ghosts in order to receive buttons for the elevator, eventually leading to the hotel rooftop.

Once again, Luigi’s Mansion 3 was a hit with players and critics, receiving praise for the variety between hotel floors and the implementation of Gooigi. Luigi’s Mansion 3 sold 9.6 million copies worldwide and was nominated for 23 distinct awards between 2019 and 2020. The game won seven of those awards for outstanding animation, best family game, and best kids game.

It’s no surprise that the Luigi’s Mansion franchise has stuck around for 20 years at this point. Fans of the series and the games’ stellar mechanics, art, and creativity have given it the staying power to last much longer than two decades. While nothing has been confirmed by Nintendo, it’s likely fans haven’t seen the end of this scaredy-cat’s journey, and rumors point to a fourth game coming in the near future. Whether or not that’s true, it’s clear that Luigi’s Mansion isn’t going anywhere for Nintendo fans.