J.J. Abrams Says He’s “Nothing But Grateful” for the Decisions Rian Johnson Made in ‘The Last Jedi’

The filmmaker reveals he ran with a lot of story points from ‘TLJ’ for ‘Rise of Skywalker’.

You Are Reading :JJ Abrams Says He’s “Nothing But Grateful” for the Decisions Rian Johnson Made in ‘The Last Jedi’

The final film in the Skywalker Saga is due to hit theaters within a week, so naturally the internet decided it was time to re-litigate the quality of Star Wars: The Last Jedi. The second film in this new trilogy took the characters to bold and challenging places, and some fans simply were not onboard with where writer/director Rian Johnson took the story. One person who was onboard with that direction, and is “grateful” for it, is Star Wars: The Rise of Skywalker co-writer and director J.J. Abrams.

The new dustup over The Last Jedi surfaced over some comments made by the cast in a New York Times profile, and namely John Boyega getting candid about the fact that he didn’t love the direction Finn took in TLJ. Which, look, is kind of understandable. Finn doesn’t get a ton to do in the sequel, so from Boyega’s standpoint he was probably not thrilled on set. But the entire point of Finn’s arc in The Last Jedi, and the reason he’s taken to Canto Bight, is so his character can grow and change. When we meet Finn in The Force Awakens, he’s a lifelong stormtrooper who knows little of the outside world. His arc in The Last Jedi is about coming to understand the larger societal construct of the world under First Order rule, and the class disparities that exist. By the end of that film, Finn’s grown as a person through his relationship with Rose Tico (Kelly Marie Tran), a mechanic who has had a very different life. 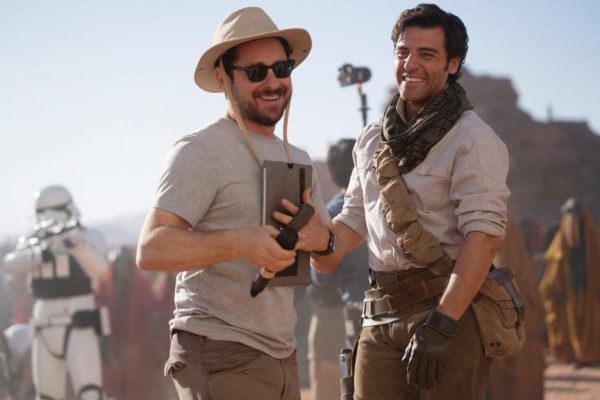 The other complaint that arose this week from the cast was that they were all split up in The Last Jedi, thus making Rise of Skywalker—a film where Finn, Rey (Daisy Ridley), and Poe (Oscar Isaac) go on an adventure together—somehow inherently superior. But this is the exact structure of the Original Trilogy. In Empire Strikes Back, Luke is hanging out with a puppet and Han and Leia are running around with a new character named Lando. And it’s one of the greatest films of all time. So the fact that the cast were split up in The Last Jedi, and each grew on their own individual journeys, makes their reunion in Rise of Skywalker that much sweeter.

“Rian is an incredibly talented director. I don’t know if you’ve seen Knives Out but I loved it. Just an incredibly talented guy and a great storyteller. So when he came on to work on the next film, and we were just starting to shoot [The Force Awakens], I was really excited to see where he would go and what he would do. And it’s funny because one of the things that I was [thinking] at first [was], ‘Oh, I really want to see all the friends together.’ And in his story, they really weren’t. [Rey] doesn’t really meet Poe until the end. Rey and Finn are not really together in the movie. So in a way the story that he told in a lot of ways helped set up what we were doing in 9. But it also allowed Episode 9 to have the group together and out on an adventure in a way that was weirdly, even though it’s the third film, it’s the first time they all get to be together.” 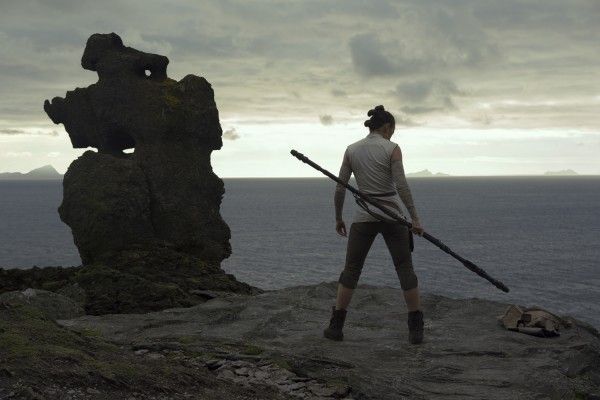 Indeed, while A New Hope teams up Luke, Han, and Leia at about the mid point, it’s not Rian Johnson’s fault that Abrams kept the characters fairly disparate in The Force Awakens and ended that movie with Rey off on her own adventure to find Luke Skywalker.

But in case it needed any clarification, Abrams continued by saying his version of Rise of Skywalker would not exist if not for the choices that Johnson made in The Last Jedi:

“But there were a lot of details [and] story points that Rian set up in Last Jedi that [we] run with in this movie. I don’t think this movie would’ve been nearly what it is without the choices that Rian made, so I’m nothing but grateful.”

It’ll be interesting to see how Abrams capitalizes on The Last Jedi and which Force Awakens story points ignored in that movie he returns to. We don’t have much longer to wait.