Hitman 3 has an action-packed month ahead of it.

You Are Reading :Heres Whats Coming To Hitman 3 In February 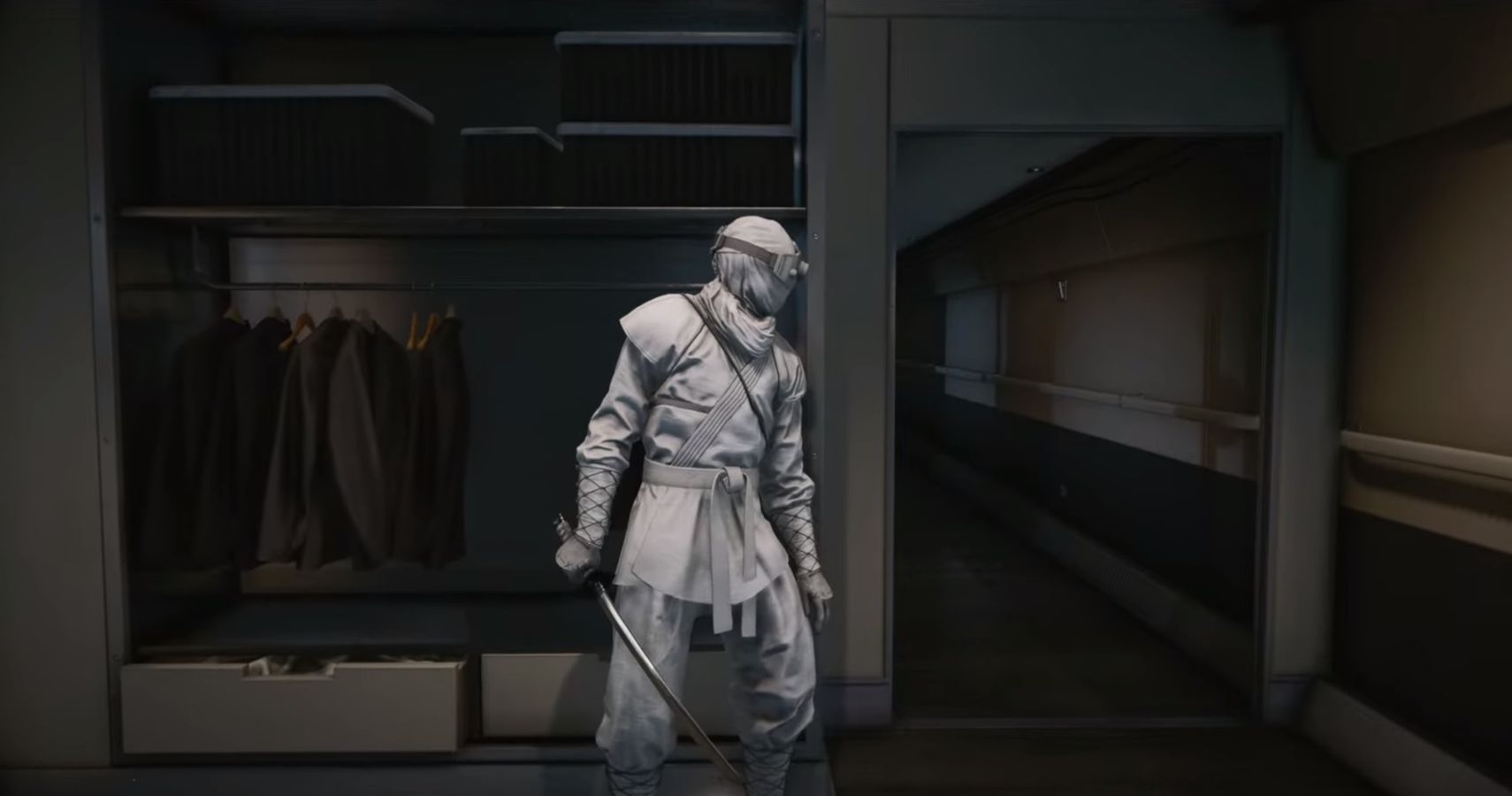 IO Interactive has revealed a roadmap for the first Hitman 3 content update. The game will see new content released every week throughout February, including Featured Contracts and Deluxe Escalations.

Hitman 3 wrapped up the rebooted trilogy, but Agent 47’s work is far from over. If you purchased the Deluxe Edition, there are two Deluxe Escalations coming your way later this month. The Proloff Parable sees you cutting through foes with a deadly katana, while The Gauchito Antiquity tasks you with poisoning a troublesome guru. Both will drop on February 23.

The Deluxe Escalations come with new items, including:

If you can’t wait until February 23 for some new content, today you can jump into The Baskerville Barney Escalation. This Escalation tasks you with taking out every one of your targets with accidents only.

February 11 will see the addition of Dubai Featured Contracts, created by Minnmax – IO Interactive says to “expect something with a banana.” That’s followed up with The Sinbad Stringent Escalation on February 18, which tasks you with hunting down boxes – yes, boxes – with your trusty throwing knife. 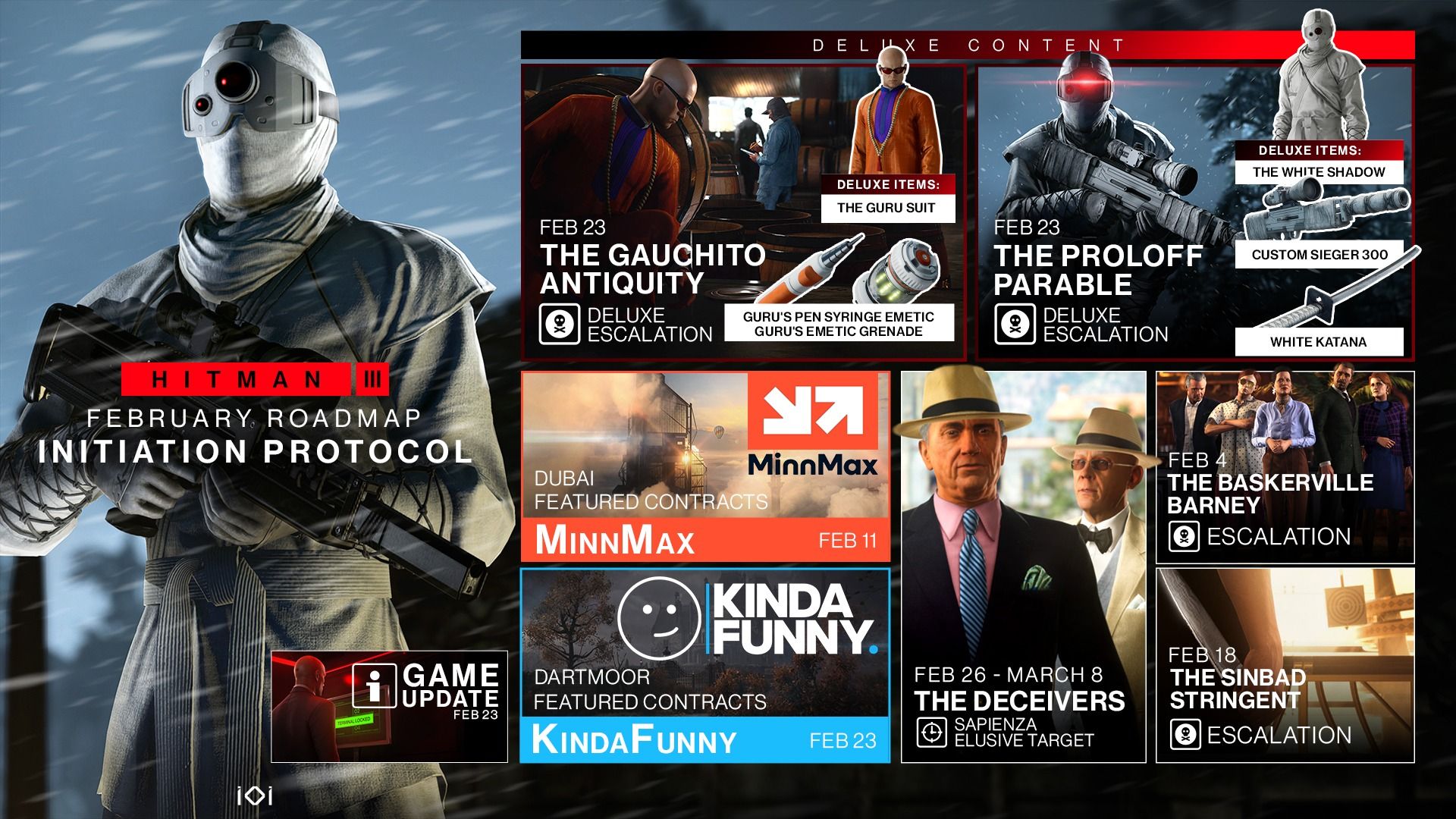 Once you’ve cleared all the above content, Dartmoor Featured Contracts by KindaFunny will become available on February 25, followed by The Deceivers Sapienza Elusive Target on February 26.

Hitman 3 has an action-packed month ahead of it, but the IO Interactive team said it’s just getting started. The trilogy’s finale has been selling like hotcakes, recouping its development costs within a week of launching. And – if this first month of post-release content is any indication – the game will only get better with time.

With Hitman 3 wrapped up, part of the studio is now focused on the upcoming 007 Project. We don’t know much about the elusive Bond title, but Hitman 3’s executive producer hopes the 007 team taps into the talent available to them. It’s uncertain how much DNA the Bond game will share with Hitman 3, but it’s safe to say the game is in good hands.