With Hearthstone’s new Battlegrounds auto-battler mode still in beta, today Blizzard announced a raft of additions and changes for the mode, including four new heroes and some sizeable balance changes. This update will go live later today, and Blizzard says an additional download won’t be necessary.

The update is headlined by four new heroes: Sindragosa, Elise Starseeker, Brann Bronzebeard, and Sir Finley Mrrgglton. It’s interesting to see Sindragosa instead of Reno Jackso, the fourth member of the League of Explorers. Likewise, Brann’s addition as a hero feels a bit fourth-wall-ish since he’s already in Battlegrounds as a minion. Anywho, here are their hero powers: 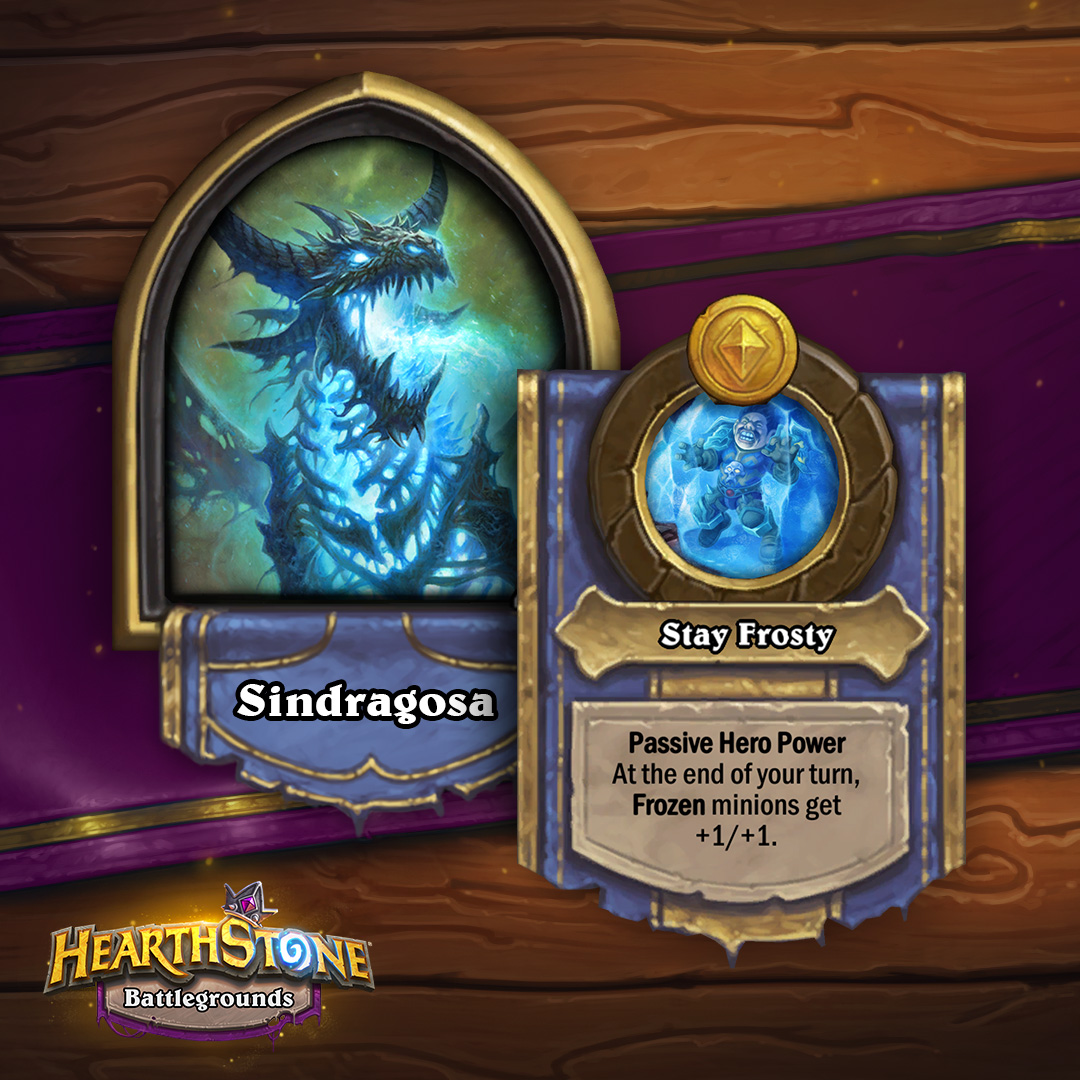 These newcomers will replace four existing heroes: King Mukla, Giantfin, Millificent Manastorm, and Lich Baz’hial. I suspect some of these heroes were temporarily removed so they could be rebalanced – Mukla was buffed once already, for instance, and Giantfin remains underwhelming – and Blizzard says “we may see them return in a future update. It also says more new heroes with “recognizable faces” are planned for December.

Heroes aside, several Battlegrounds minions are getting some tweaks today as well. For starters, the Murloc tribe is getting a considerable buff. Primalfin Lookout has been moved from Tavern tier five to tier four, and Coldlight Seer has been moved from tier three to two. This will give Murloc players more immediate access to two of the best Murlocs around. In the same vein, Demons got a single but significant buff: Voidlord is now a tier five minion rather than tier six. Voidlord is the big daddy of the Demon tribe, and together with Malganis, he can make or break a fight, so getting him down early should buff Demons considerably.

To further address the current dominance of some minion tribes, Mechs are getting a much-needed nerf: Junkbot is being moved from tier four to tier five. “Junkbot was a bit too strong for Tavern tier four and often made it so mech players never had a good reason to upgrade to Tavern tier five,” Blizzard explains. “With these changes, we think the minion types are closer together in power level.”

“We’d like to continue balancing minions and heroes based on how they’re performing,” Blizzard adds. “We don’t have the changes solidified yet, but we’ll be watching things closely and will have more to say soon.”

Black Friday is almost here. Check out our Black Friday game deals round-up for all the buying advice you need.