You Are Reading :HANNIBAL Recap Releves

Hannibal may be the smartest, most reflective series on TV right now. And I say this as a Mad Men fan (that show has it’s own problems). Hannibal is not without its flaws — it suffered from a few episodes early on that relied too much on Cases of the Week or plots that didn’t seem to connect much beyond a cursory fact being revealed (like with Jack Crawford’s wife, we learned Hannibal can sniff out cancer). But even then, nothing was ever totally extraneous. It all fed into the main drama between Will and Hannibal, which all lead up to and was explored with incredible intelligence in “Releves.” This penultimate episode also included a shocking ending that still made perfect sense. Hit the jump for why “you look pretty,” oh so prettyyyy … 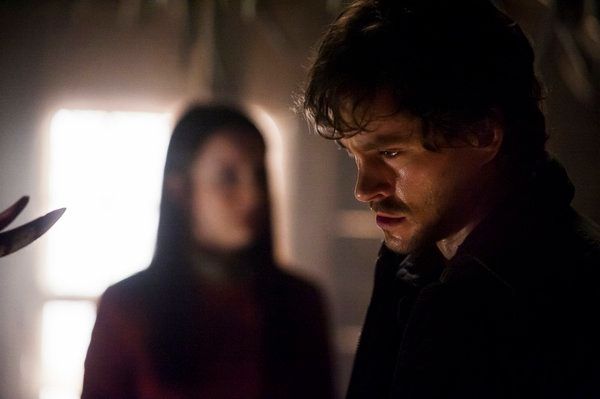 Is there another show on TV that so thoroughly explores the mind and the mental process? Mad Men does so cryptically, and only as it relates to Don Draper. In Hannibal, we are exploring the mental conditions of a number of characters: Hannibal, Will, Abigail, Garrett Jacob Hobbs, the weekly killers, as well as the general concept of the mind and illness. There are extraordinary lines that are thrown in so casually: “nothing is more isolating than mental illness,” Hannibal says. “Some places are stained now. Some people, too,” Abigail says to Will, which was wonderfully poetic. There was also that telling look into Hannibal’s own mind when he discusses Nick’s death with Abigail: “Nick is more important for you having killed him. He changed you.”

Even Georgia Madchen’s mental state is an important issue to start the episode, when Jack is convinced she committed suicide. But Will knows she didn’t because they understand each other, and hewouldn’t. Will’s extreme empathy in these cases gives him the investigative edge. It also makes him the prime suspect, something Hannibal uses to his ultimate advantage.

Speaking of the mind, Hannibal’s mind games are exceptionally complex. Throughout his discussions with Will and Du Maurier, there’s a constant question of how much he actually feels, and what his motivations are. His relationship with Du Maurier is one we’re only now peeling back the layers from, but it’s hard to begin to consider that when we still don’t really know his real intentions with Will. He is still largely a mystery.

The episode ended with Hannibal revealing a classic tendency towards emotionless curiosity: “what would happen if I did this …?” He admits to Abigail that he warned her father about Will closing in on him to see what would happen (something most of us presumed at the time — he was igniting a volatile compound in the reflexive way he gave Georgia the comb). Both Hobbs and Georgia posed a threat to Hannibal that had to be dealt with, and he made a decision to learn something from their demise that would show him something about humanity along the way. 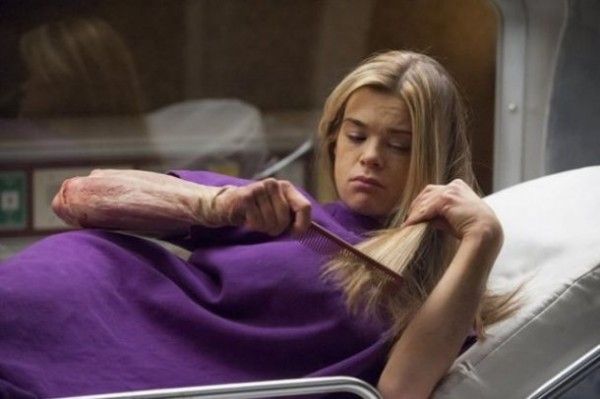 The grooming of Abigail was an investment, but ultimately it was a disposable one. The interest was in how much like her father she was, and provided opportunities for her to explore that side of herself, the side closer to him. She was never fully comfortable with it, but like Will, she was also drawn to some of its seductive aspects: she was able to save herself by trapping other girls, which in a survivalist way must have been somewhat satisfying. Killing Nick was also positive in a way because it was in self-defense.

Hannibal has of course tried to cultivate Will’s acceptance of his attraction to killing too, but Will’s personality is much more strongly set against it. Still, in working his coercion, Hannibal has also set Will up to take the fall for the copycat murders, should it come to that. The way Hannibal reacted to both Will putting the pieces of the copycat killer together and Jack putting together Abigail’s role in her father’s murders was brilliantly acted by Mads Mikkelson. There was a mixture of annoyance and acceptance, as if to say, “damnit. You’re getting too close to figuring it out. Ah, well.” With this, Hannibal has to say goodbye to his friend. Or will he?

Next week shows Will being arrested and continuing to put the links together that lead directly to Hannibal. But series creator Bryan Fuller recently said he envisioned seven seasons, with the book material being minded starting in season four (and going through Silence of the Lambs, etc). That means we have several more seasons (NBC willing) before Hannibal is incarcerated for his crimes. Meanwhile, Will also will need to not be in jail. So seeing how that plays out in next week’s finale should be fascinating, like pretty much everything with this show, which continues to exceed expectations.

— I almost never watch episodes twice, but this one deserves it. The references and nuances were fantastic. 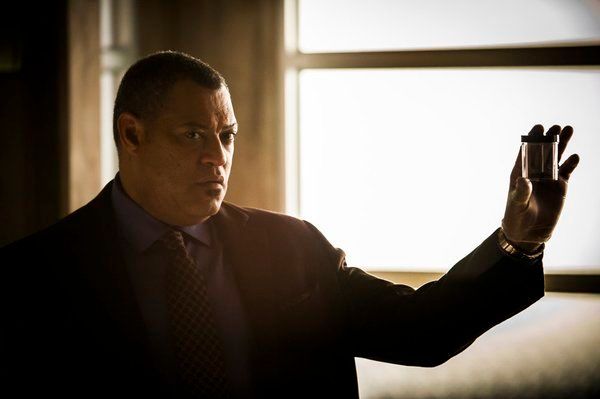 — Georgia’s death was absolutely horrific. On the bright side, I learned that pure oxygen can do wonderful things for hair and the complexion.

— I particularly love the Lynchian and Jungian way that Will’s dreams mean so much and reveal that his subconscious has the answer before he is aware of it in his waking mind. His dream about Georgia showing the impaling and the flames put together the connections about the murders in a way neither Will nor anyone else had considered before.

— “Her whole life, this woman was misunderstood. And all I can do is make sure her death isn’t misunderstood” – Will. This gave me chills (in a good way). Sometimes this show feels like a PSA for mental illness.

— Abigail bringing up the phone call from the pilot episode was a great callback. Will’s killing of her father has been the lynchpin of this entire season. So well wrought.

— The “whose personality is it?” question by Jack was so apt. It’s Hannibal’s (or just that of a killer), but Hannibal turns it to make it about Hobbs in a way that makes total sense. That’s what impresses me the most, is that when characters make these leaps or these assertions, there are things from the rest of the season that reasonably back it up.

— Du Maurier is pretty fabulous. Her chats with Hannibal are very telling, and her half-truths about her attack will be interesting to explore.

— Jack is always close to the truth, but never gets it quite right. He always knew Abigail was never totally innocent, but he also attributed too much guilt to her. He realizes Hannibal is withholding things from him, but he thinks it’s about Will.

— The snarky forensics team feels too CSI to me, and Scott Thompson has been weirdly stiff. Like Jack, I missed Beverly.

— Hannibal being really fancy about Will’s chicken soup was hilarious.

— Freddie should be happy Abigail is dead because she can probably profit off of it. Any Freddie fans out there? She makes my skin crawl.

— Will’s breakdown when he realizes Abigail and Hannibal’s betrayals was difficult to watch. Hugh Dancy is so great.

— Ending with a little cartoon of the smaller moments from this week’s episode.