Fortnite World Cup heres when it starts and how to compete

Fortnite World Cup heres when it starts and how to compete

The Fortnite World Cup will kick off on Saturday, April 13 with the first of ten online qualifier weekends, Epic announced. These qualifiers will be open to all players who are at least 13 years old (or older, depending on their region) and have a Fortnite account that’s at least level 15. The qualifiers will alternate between solo and duo modes every week. Here’s the full schedule:

You Are Reading :Fortnite World Cup heres when it starts and how to compete 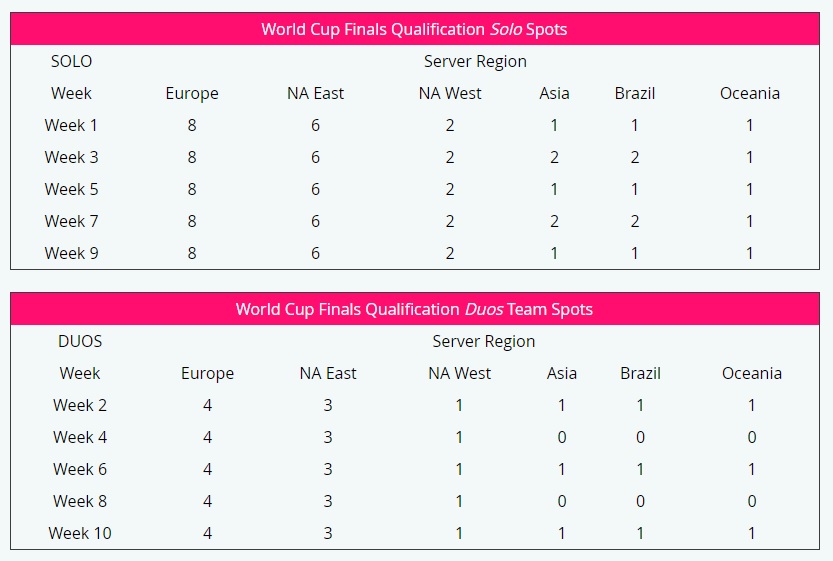 To recap, you’ll need to qualify for the Online Semi-Finals by climbing in Arena mode. After that, you’ll need to compete for three hours every Saturday in order to qualify for the Online Open Finals, which throws the top 3,000 players into another three-hour tournament with a $1 million prize pool. These tournaments and their qualifiers will use the following scoring system:

This is your road to the Fortnite World Cup! Get all the details here: https://t.co/HM5iubonLq pic.twitter.com/Wi3uxUqGGQMarch 25, 2019

If you’re planning to compete with a buddy, remember that you can’t change your duos partner during the semi-finals or finals. However, as Epic clarified, “players can switch duos partners from week to week.”

Here are 21 Fortnite tips to help you claim that coveted Victory Royale.