Let’s talk about who’s related to whom.

You Are Reading :‘Fantastic Beasts 2’ The Convoluted Lestrange Lineage Explained

Spoilers ahead for Fantastic Beasts: The Crimes of Grindelwald.

Near the climax of Fantastic Beasts: The Crimes of Grindelwald, we finally get a big exposition scene where the characters gather and secrets are revealed about family relations. There’s a tossed off prophecy that’s supposed to relate to Credence’s origin, and it’s what has him at the center of a manhunt. However, it’s his genealogy that really concerns writer J.K. Rowling, so we’re treated to a long scene where various characters explain how they’re related (or not related) to each other.

It starts with Yusuf Kama, a French auror who has made an unbreakable vow to his father, Mustafa Kama, to avenge the death of his mother, Laurena Kama. In a flashback, we see that the evil Frenchmen Corvus Lestrange used the Imperius Curse on Laurena, effectively kidnapping her and raping her, and she produced the child, Leta Lestrange. Laurena Kama died in childbirth and Leta’s father never loved her. Then Corvus found a new woman, and had a baby with her, Corvus Lestrange Jr. Corvus loved this child, but felt that in order to protect him, he needed to send him away to America and give him up for adoption.

This series of events still leads to a litany of questions. If Yusuf couldn’t fulfill his unbreakable vow to kill what Corvus Lestrange loved most in the world—his son—then wouldn’t the vow kill Yusuf? What are the chances that Leta swapped out one wizard baby with another wizard baby? Why does everyone seem to have as secret sibling?

In the end, all we get is that Yusuf and Leta are half-siblings because Leta’s father raped Yusuf’s mother (this is a movie ostensibly for children, FYI), and Leta’s half-brother died because she accidentally got him killed during a shipwreck. And as for poor Credence, it turns out he’s also a secret sibling.

For more on Fantastic Beasts 2, peruse links to our recent coverage below: 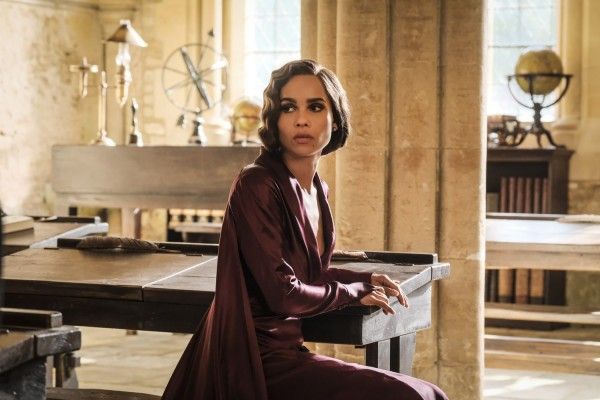 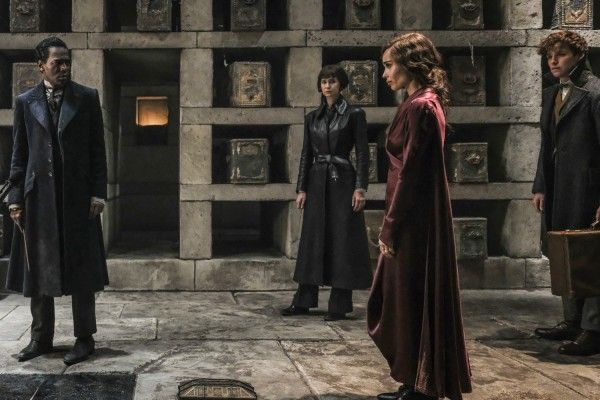