Expectedly Boba Fett Will Jetpack Into Fortnite In December

Expectedly, Boba Fett Will Jetpack Into Fortnite In December

Is there anyone who didn’t see this coming?

You Are Reading :Expectedly Boba Fett Will Jetpack Into Fortnite In December 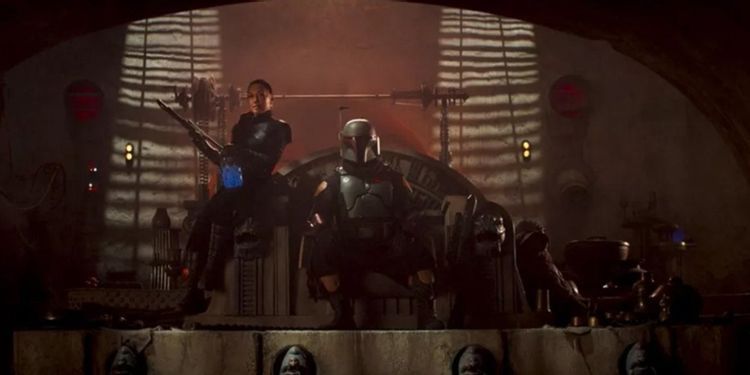 Much like an IP eating Sarlacc, Fortnite has announced that Boba Fett will be coming to the game to promote Disney Plus’ The Book of Boba Fett series. The announcement was made via Fortnite’s official Twitter handle, which revealed that the iconic Mandalorian bounty hunter will dive into the game on December 24.

The tweet also revealed how he will look when he comes to the game, and well, he looks like a Fortnite version of Boba Fett. The image further shows his partner in crime, Fennec Shand, but doesn’t mention if we’ll be getting a skin based on her as well. The fact that she has been included in the image and given the Fortnite makeover suggests that we will, unless of course Boba will be wearing a Fennec Shand shaped as back bling.

The Book of Boba Fett will launch on December 29 on Disney Plus and is a spin-off of it’s popular Mandalorian TV series. Fett made a few appearances alongside Mando and will soon be taking over Jabba the Hutt’s empire in his very own show. He has been a fan-favourite character over the decades, primarily due to his cool looking armour. The truth is that he barely did anything in his original appearances in The Empire Strikes Back and Return of the Jedi, except for falling into a Sarlacc pit.

It seems nothing is strong enough to withstand the tidal wave that is Fortnite. Not characters from an iconic franchise like Star Wars, and not even one of the most popular anime characters of all time. Only last week, Fortnite announced a crossover with none other than Naruto Shippuden.

V-Jump magazine revealed that skins for Naruto, Kakashi, Sasuke, and Sakura will be coming to the game along with their very own items, one of them being back bling in the shape of a folding shuriken like the one Naruto used to beat Zabuza.

Fortnite initially tweeted out the announcement of the crossover, telling us that we better “believe it”. Datamines of the collaboration revealed that mythic explosive Kunai will also be added as a weapon and a ramen bowl will be introduced as a Creative coin.