“I’m here to talk to you about the Avenger Initiative.”

You Are Reading :Every Marvel Cinematic Universe Credits Scene Ranked From Worst to Best 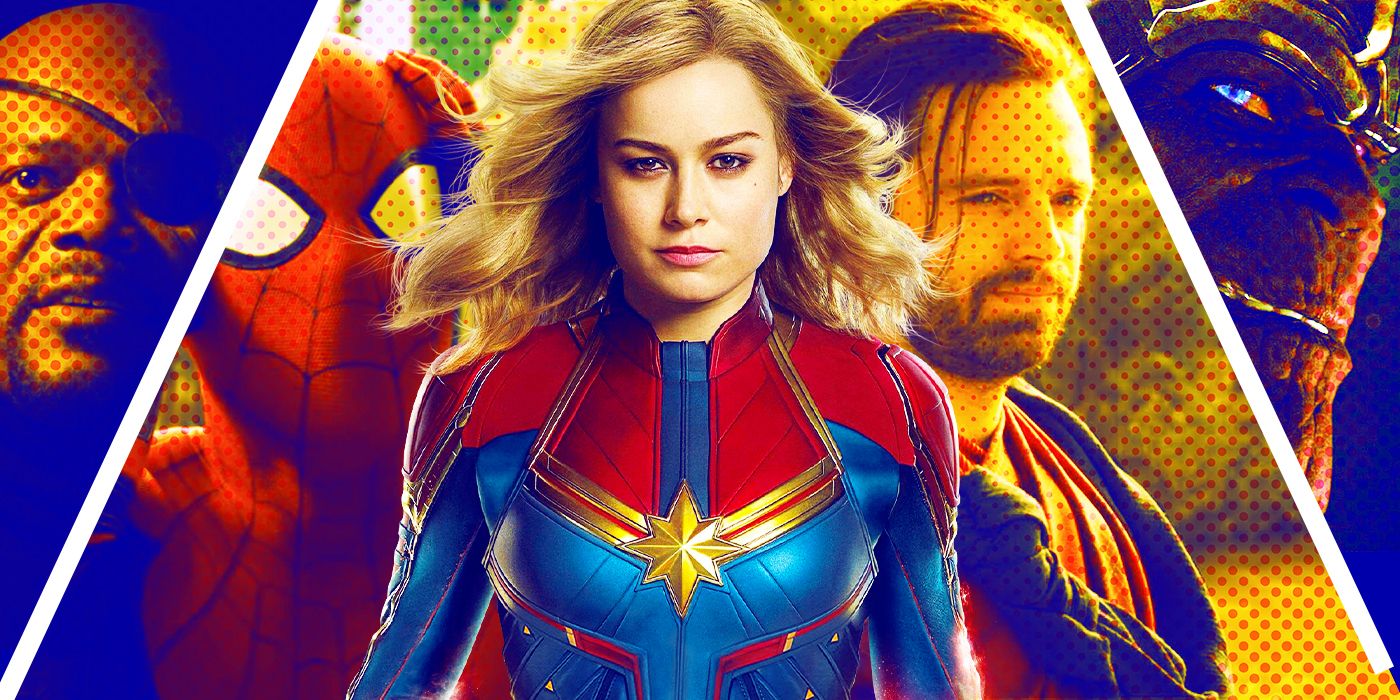 The concept of a secret post-credits scene existed long before the Marvel Cinematic Universe, as The Muppet Movie and Airplane! can attest. But this sprawling saga of superhero movies has certainly popularized this tool, particularly in using these scenes to tease further MCU adventures. So many of the most famous parts of this universe (the Avengers, Wakanda, and Thanos, to name a few) were all first teased or revealed through these after-credits stingers.

These sequences, which can arrive either in the middle of the credits or at the very end, have been in all but one of the 23 features Marvel Studios has produced, and we’ve ranked all 37 of them from worst to best. Some of them are vital, some are just plain fun, and some miss the mark entirely, but all of them remind you why audiences now dutifully sit through the credits of every superhero movie just to see them.

Thor returns to Earth to share a kiss with Jane Foster while one of the Frost Beasts is shown still rampaging across London. It’s baffling that this crucial plot detail was saved until after the credits. Placing this tender moment alongside a gag involving a Frost Beast knocking around shipping containers also makes for extreme tonal whiplash.

Nick Fury reveals the Tesseract to Erik Selvig only for the audience to realize that Selvig is secretly being mind-controlled by Loki. One of the more baffling post-credits scenes in the history of the MCU given that Loki doesn’t actually control Selvig’s brain until he comes to Earth in The Avengers. 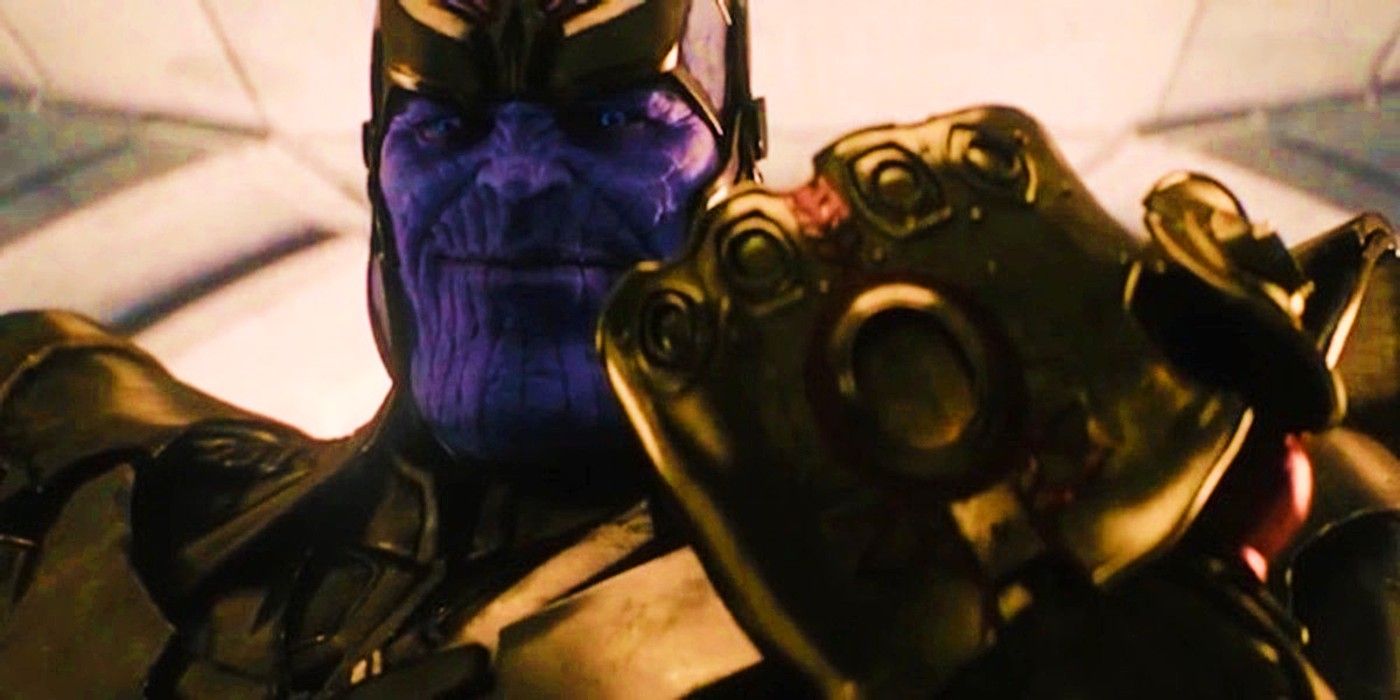 This mid-credits scene depicts an Infinity Gauntlet rising on a pedestal before Thanos puts his hand inside the object and uttering “Fine! I’ll do it myself!” This whole scene feels hastily assembled and subsequent movies have made it puzzling to figure out where this one actually fits into the continuity of the MCU. 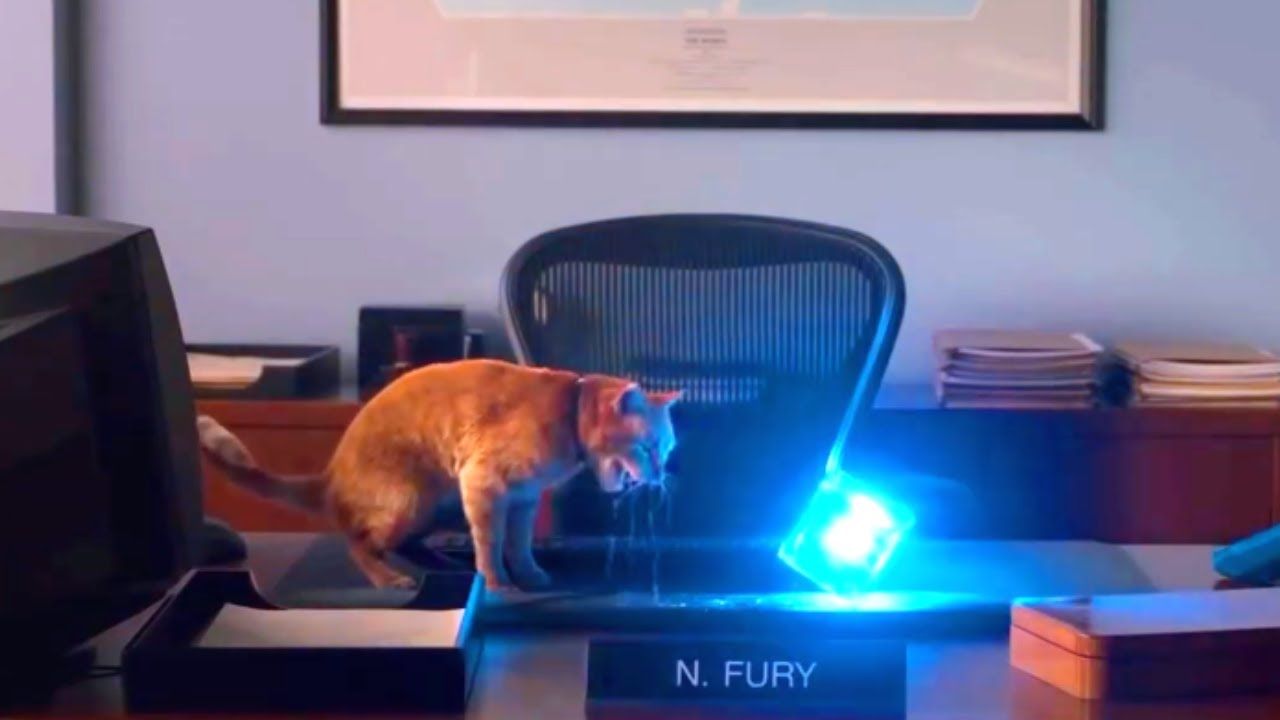 Goose the cat hacks up a hairball in the form of the Tesseract. The poorly implemented green-screen and the fact that hairball gags have been done to death make this one of the weaker joke-oriented MCU post-credit scenes. 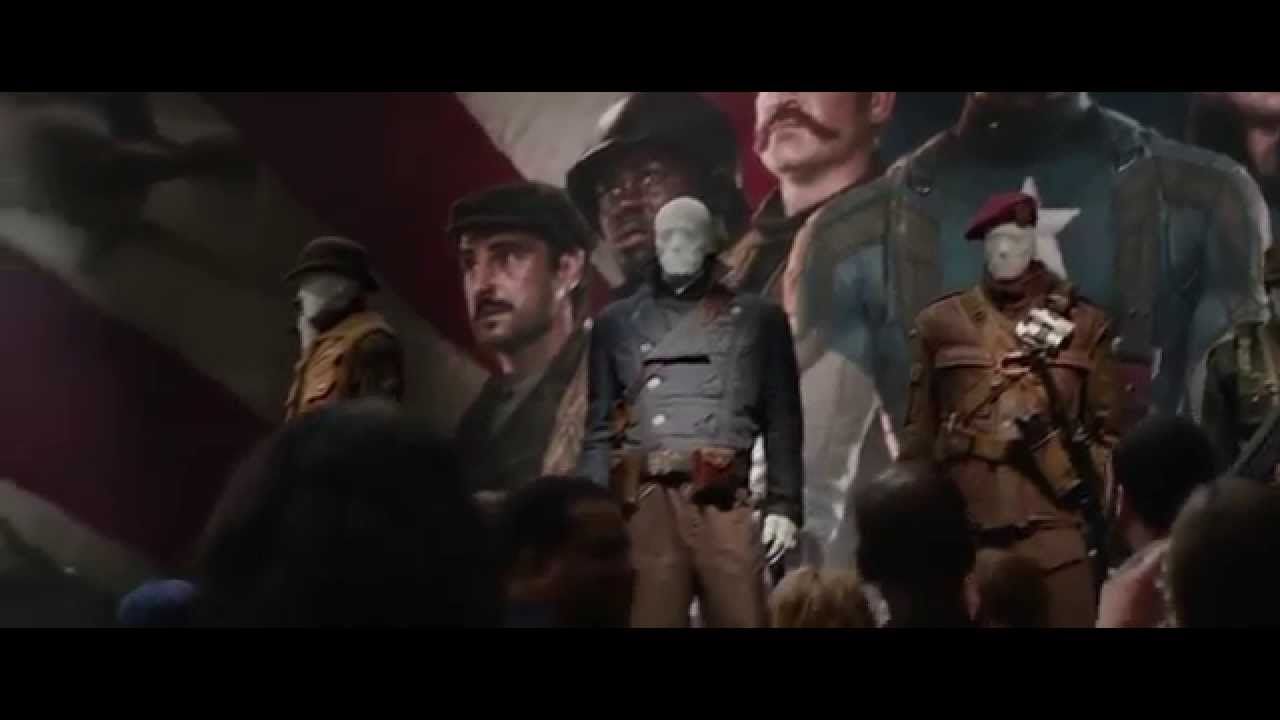 Bucky Barnes, in a civilian disguise, checks out a museum exhibit of Captain America’s WWII exploits, including some featuring himself. This demonstration of Bucky searching for answers about his past merely restates what Bucky saving Steve Rogers from the river in The Winter Soldier’s climax already clearly indicated, so it’s relatively skippable. 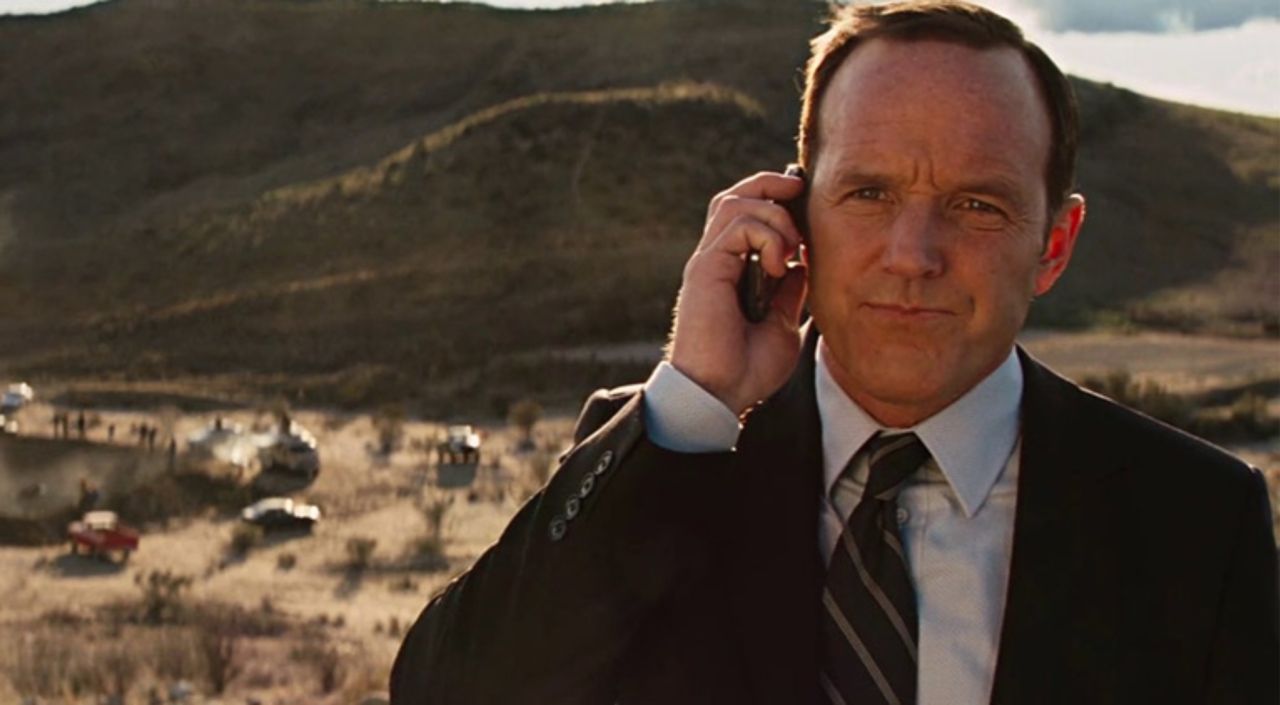 Phil Coulson arrives in New Mexico where he looks upon a crater containing Thor’s hammer, Mjolnir. A cute tease of what was to come, especially in 2010, but it’s not much more than that. 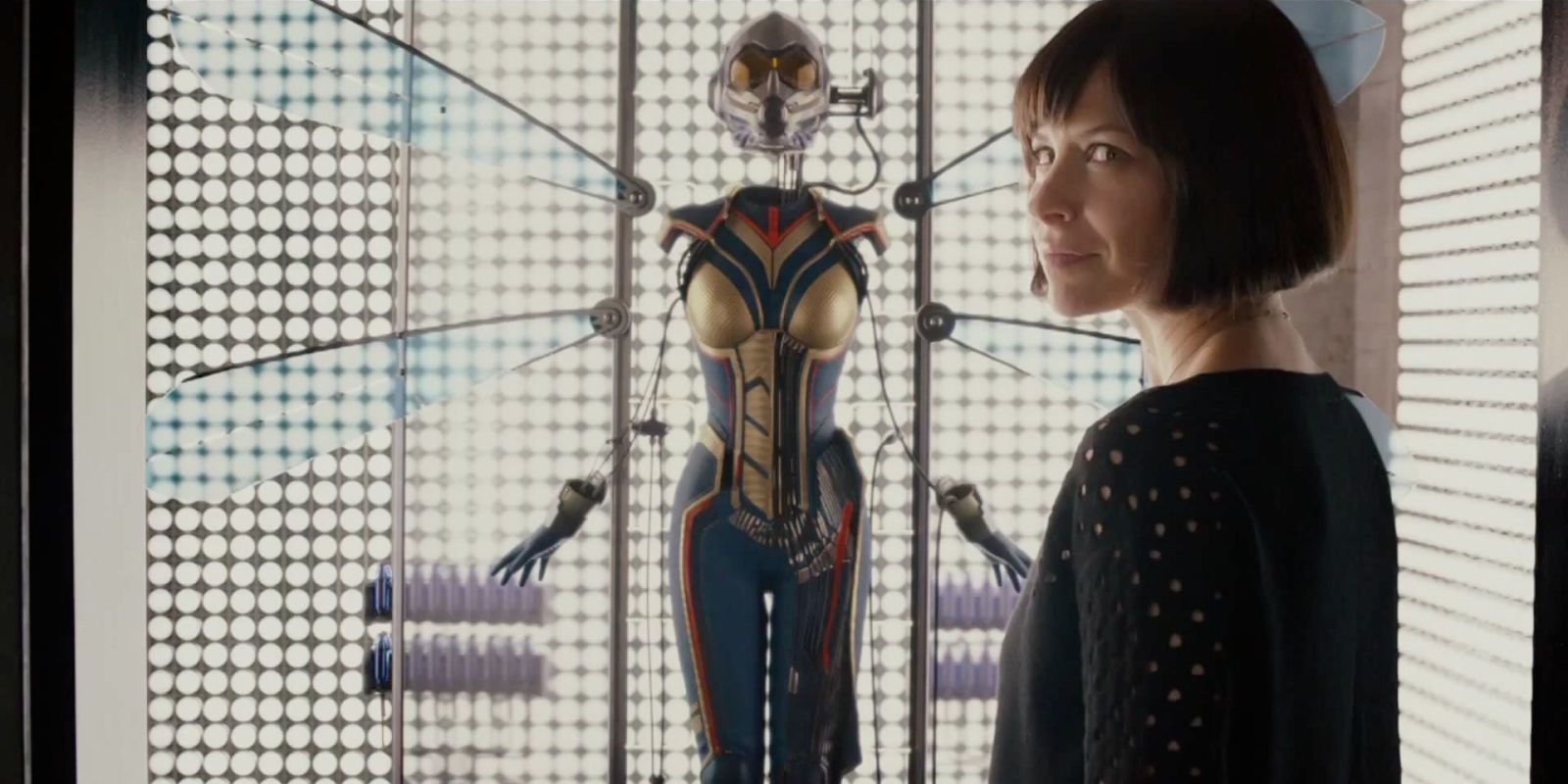 Hank Pym reveals to his daughter, Hope Van Dyne, that he’s got the technology to help Hope take on her mother’s superhero mantle of The Wasp. Seeing the bright yellow Wasp outfit in a feature-length movie for the first time is a thrill, but Marvel Studios essentially sidelining Hope for the entire movie only to tease her debut as a superhero at the very end is thoroughly frustrating. 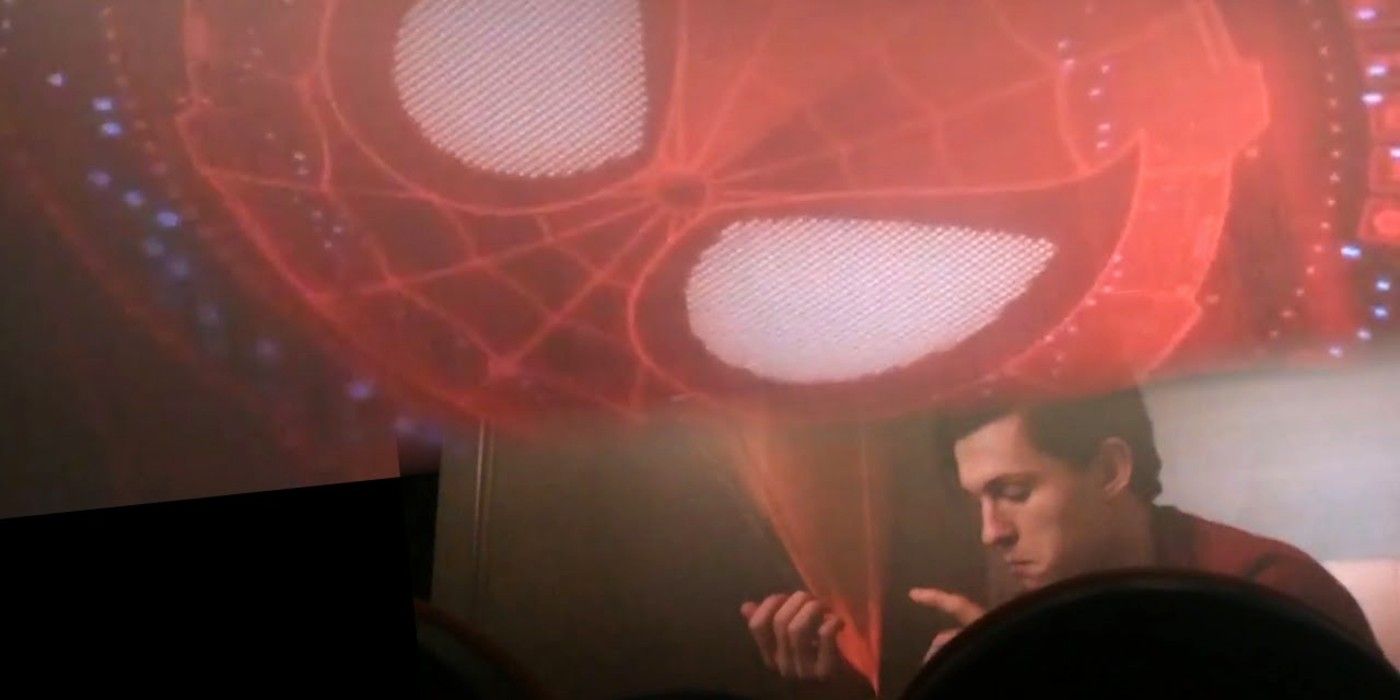 Peter Parker is in his bed nursing his wounds after his German airport duel with the Avengers and fiddles around with some new gizmos from Tony Stark. It’s an unsubstantial scene but there are some cute lines of dialogue between Peter and Aunt May as he dances around revealing who he was really fighting (“This one guy, he was…really big!”).

Bucky Barnes is placed into a state of controlled hibernation in Wakanda as a favor from T’Challa. The main problem here is that the production design of a Wakandan lab in Civil War stands out as distractingly at odds with the visual aesthetic later seen in Black Panther.

Tony Stark approaches a somber General Ross in a tavern about the prospect of “putting a team together.” In 2008, such a direct connection between The Incredible Hulk and Iron Man was exciting. In 2021, the scene mostly just raises questions about why Tony would ever try and involve “Thunderbolt” Ross in the formation of the Avengers. No wonder they had to do a short film to retcon it.

27. Ant-Man and the Wasp (After-Credits) 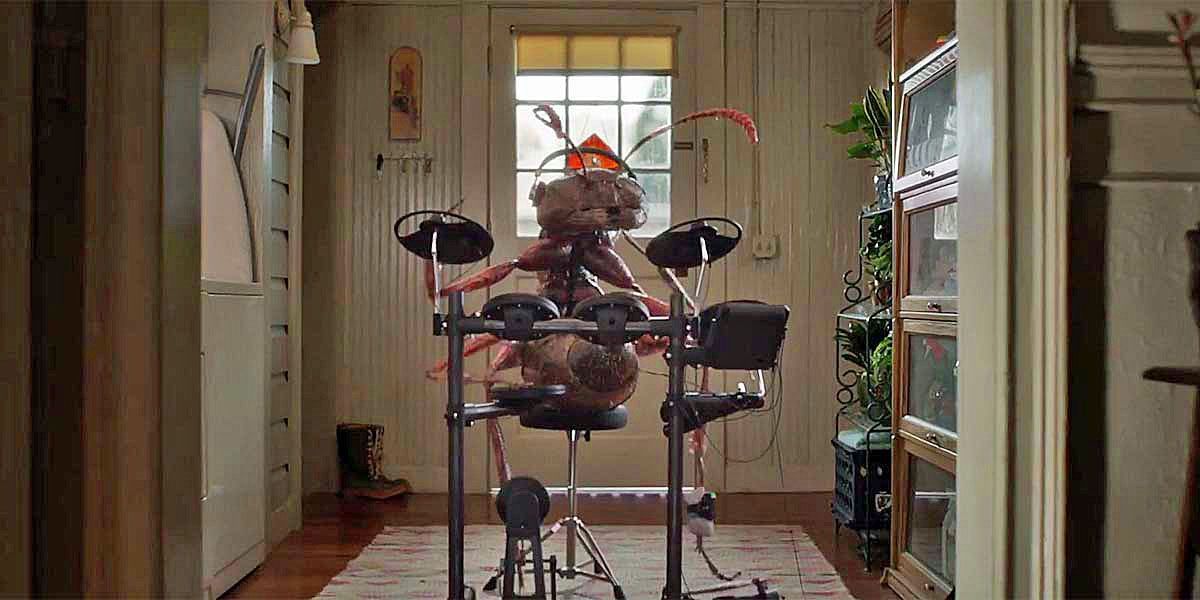 San Francisco streets are shown to be vacant in the immediate aftermath of The Blip while a siren goes off and a human-sized ant drums in Scott Lang’s house. The dissonance between the sight gag of drumming ant and the ominous tone doesn’t quite work, but there is something effectively eerie about combining that siren wail with all those vacant streets. 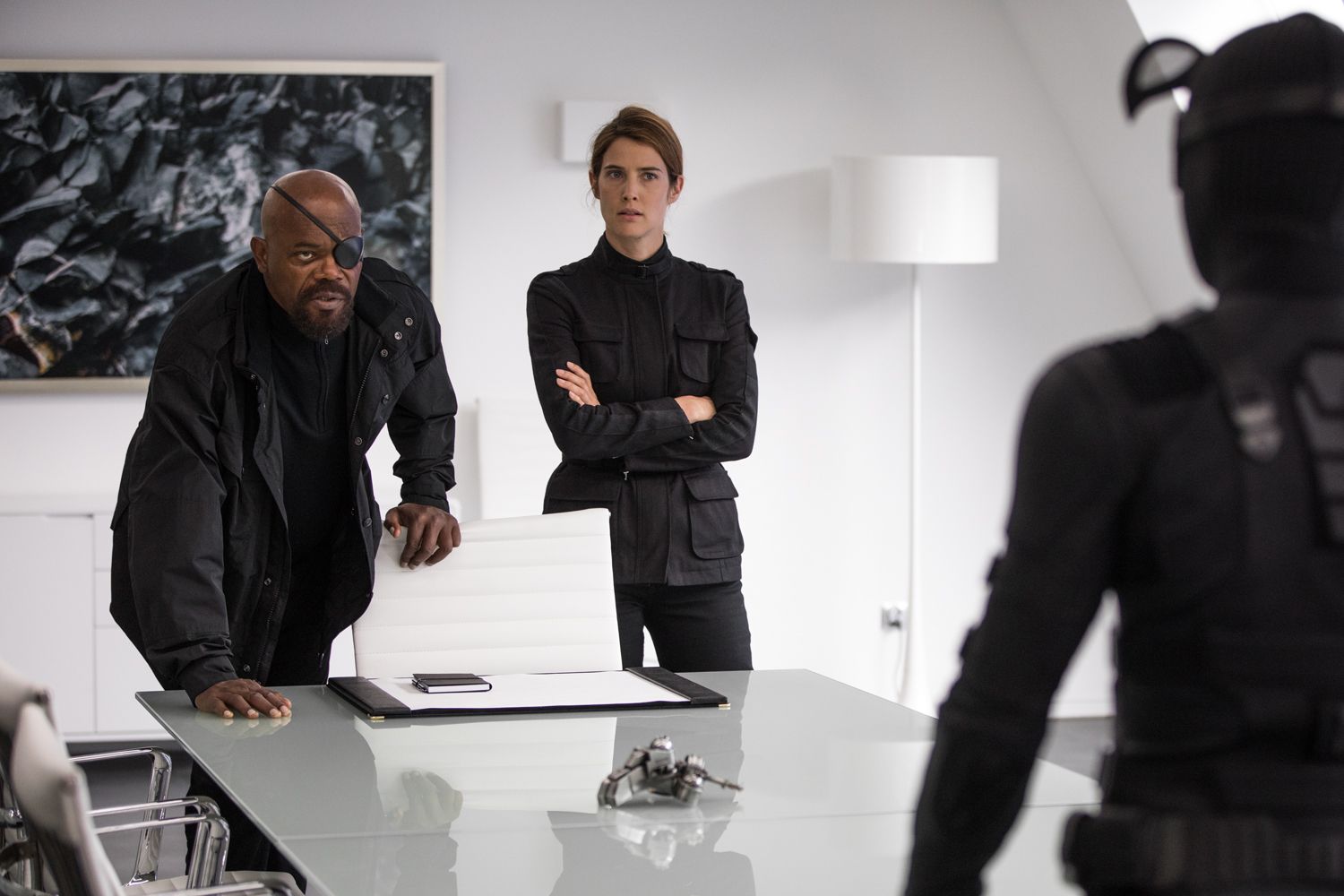 Nick Fury and Maria Hill are revealed to be Skrulls Talos and Soren while the real Nick Fury has been lounging on a Skrull spaceship. Good luck to non-MCU devotees for making heads or tails of the sudden introduction of shapeshifting aliens into this movie. However, the presence of Ben Mendelsohn’s Talos is always welcome. 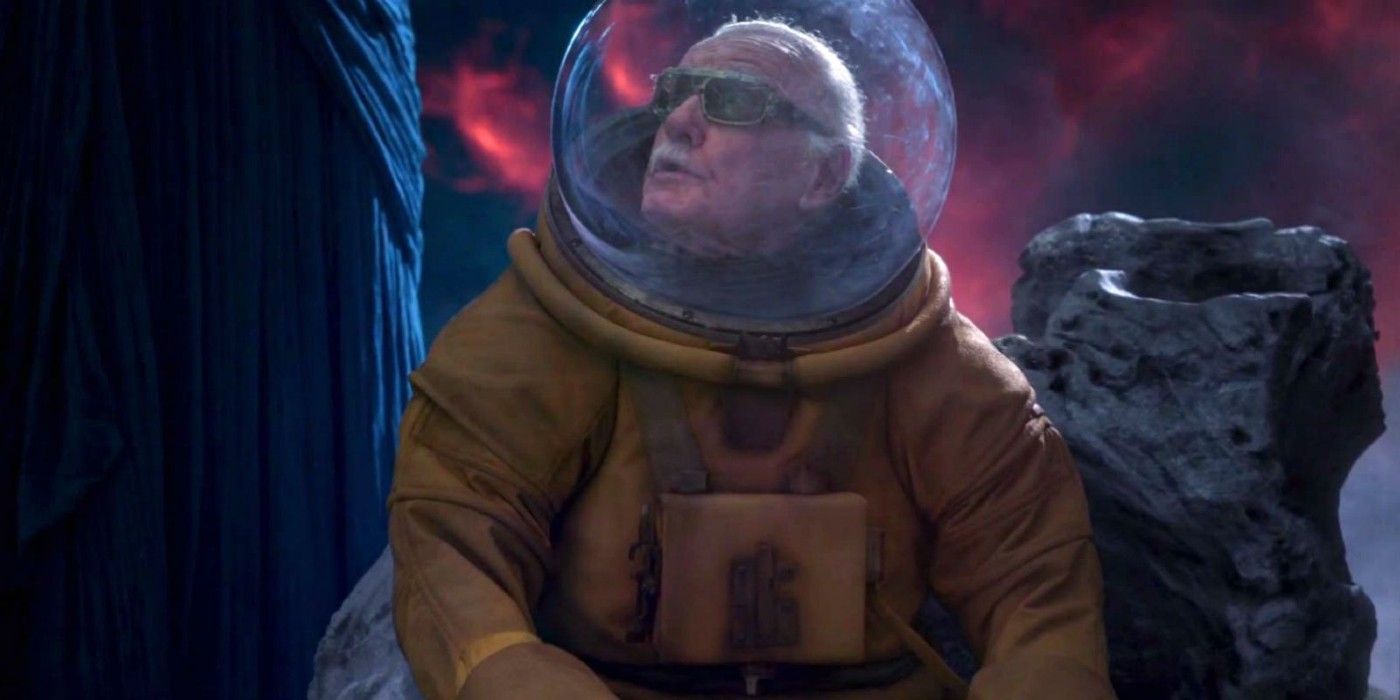 A final tag on an earlier Stan Lee cameo, two Watchers walk away from Lee’s character who implores them to stay because “I still have so many stories to tell!” In its initial release, this registered as merely a smile-worthy moment, but after Lee’s passing it carries an unintended level of emotional potency. 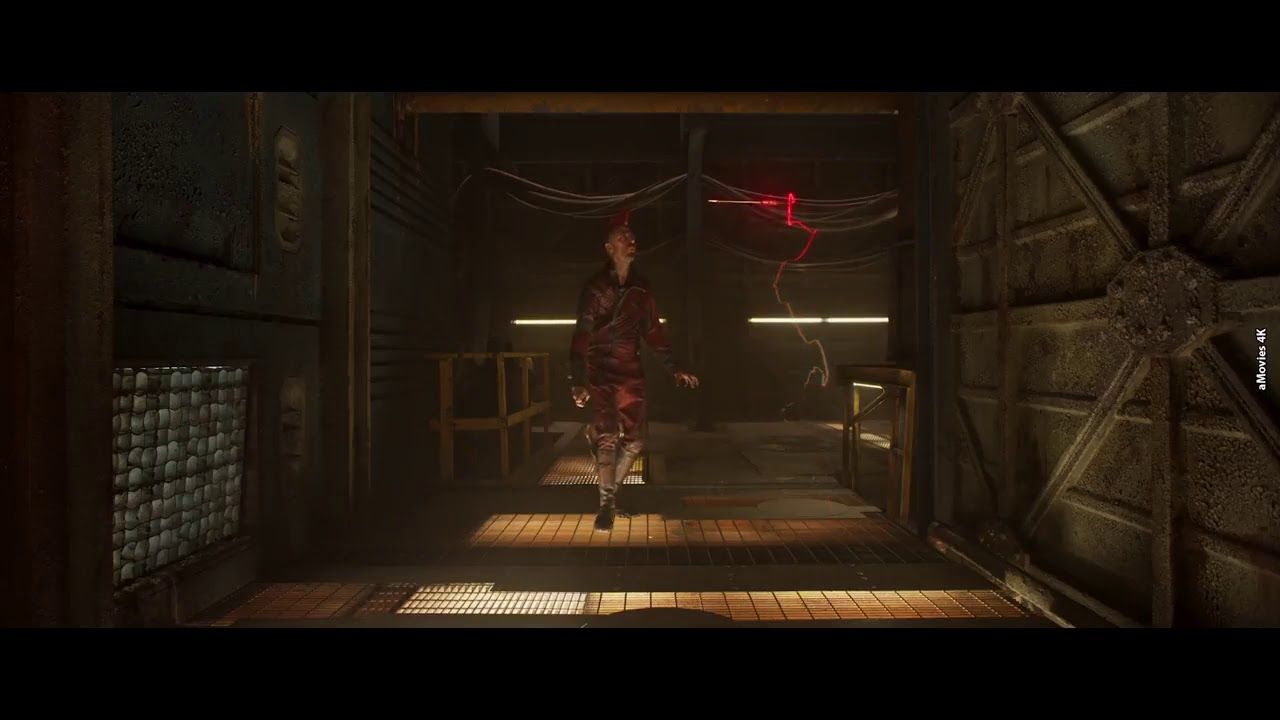 Kraglin attempts to control Yondu’s arrow only for the object to pierce Drax in the throat. This quick gag is nothing essential but the timing in this scene makes it an amusing trifle. 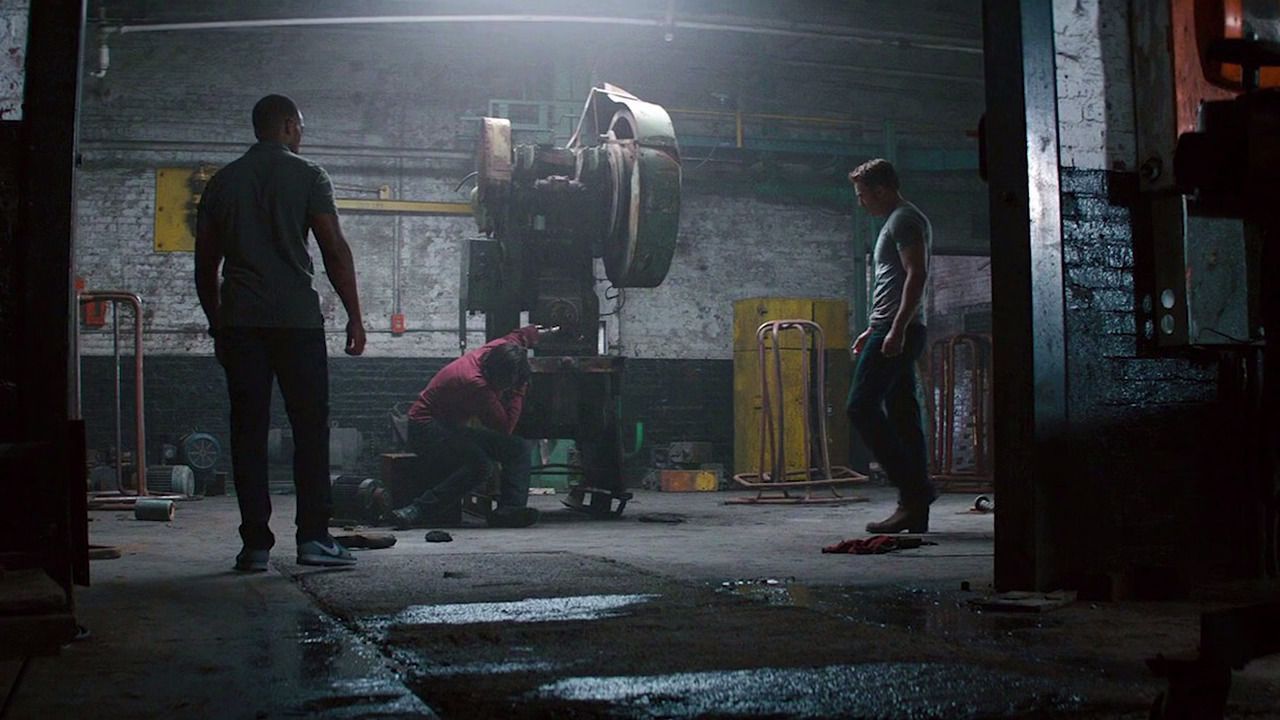 A brief scene from Captain America: Civil War is shown depicting Steve Rogers, Sam Wilson, and Bucky Barnes on the run from the government, with Wilson noting that he “knows a guy” who could help the trio. This sequence effectively conveys the idea that Scott Lang has a big future in the MCU, and Wilson’s final line nicely pays off his earlier scuffle with Lang. 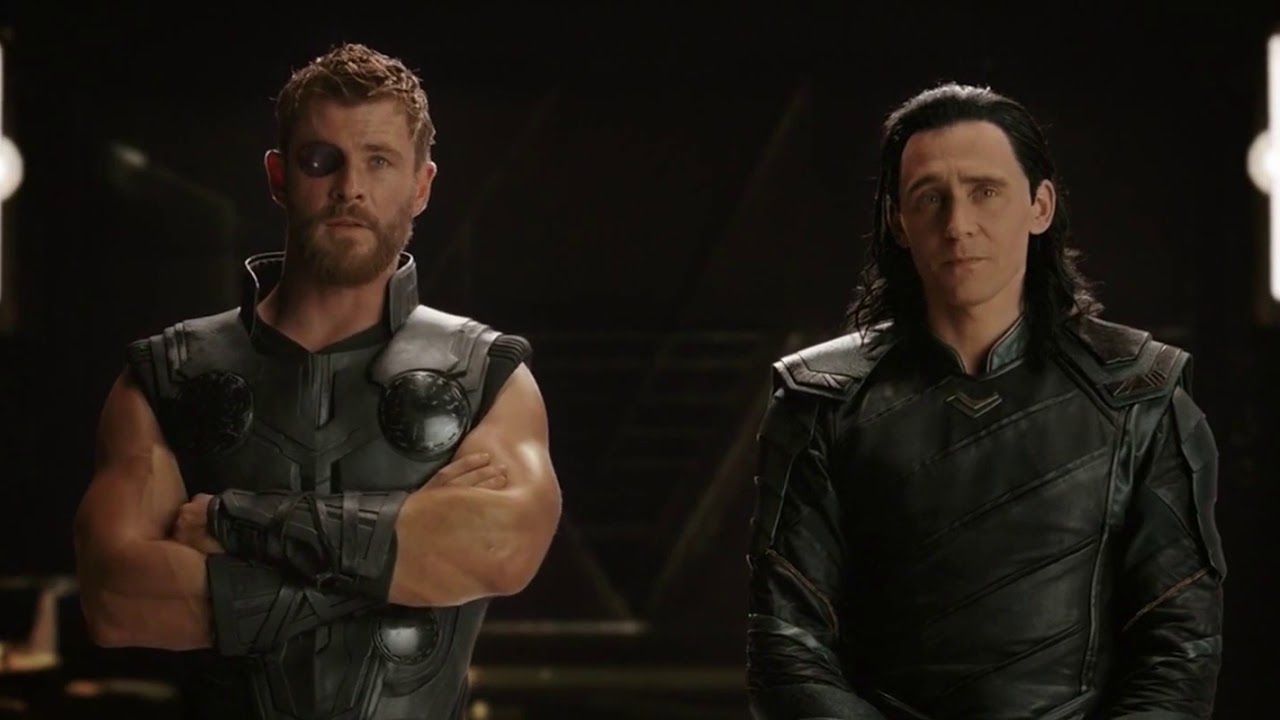 Thor and Loki discuss if it’s such a wise idea for Loki to return to Earth after the events of The Avengers only for a ship belonging to Thanos to ominously loom over the duo. This perfunctory set-up for the opening of Avengers: Infinity War still garners a few chuckles thanks to the rapport between Chris Hemsworth and Tom Hiddleston. 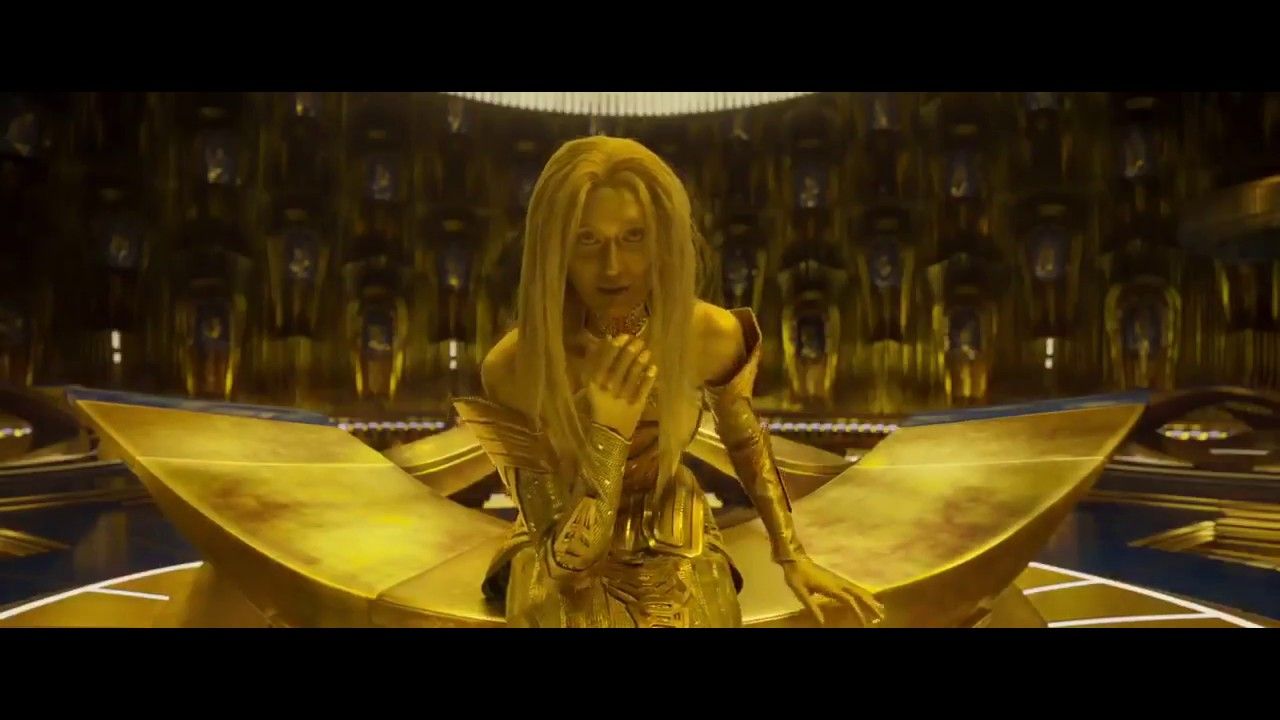 Ayesha, shortly after being defeated by the Guardians of the Galaxy, looks upon a new creation in a gigantic egg and dubs it “Adam.” This tease of the impending arrival of Adam Warlock, a mainstay of the Marvel Comics cosmos, is exciting enough on its own. But offering viewers one last glimpse of the glorious production design of The Sovereign’s planet makes it even more memorable. 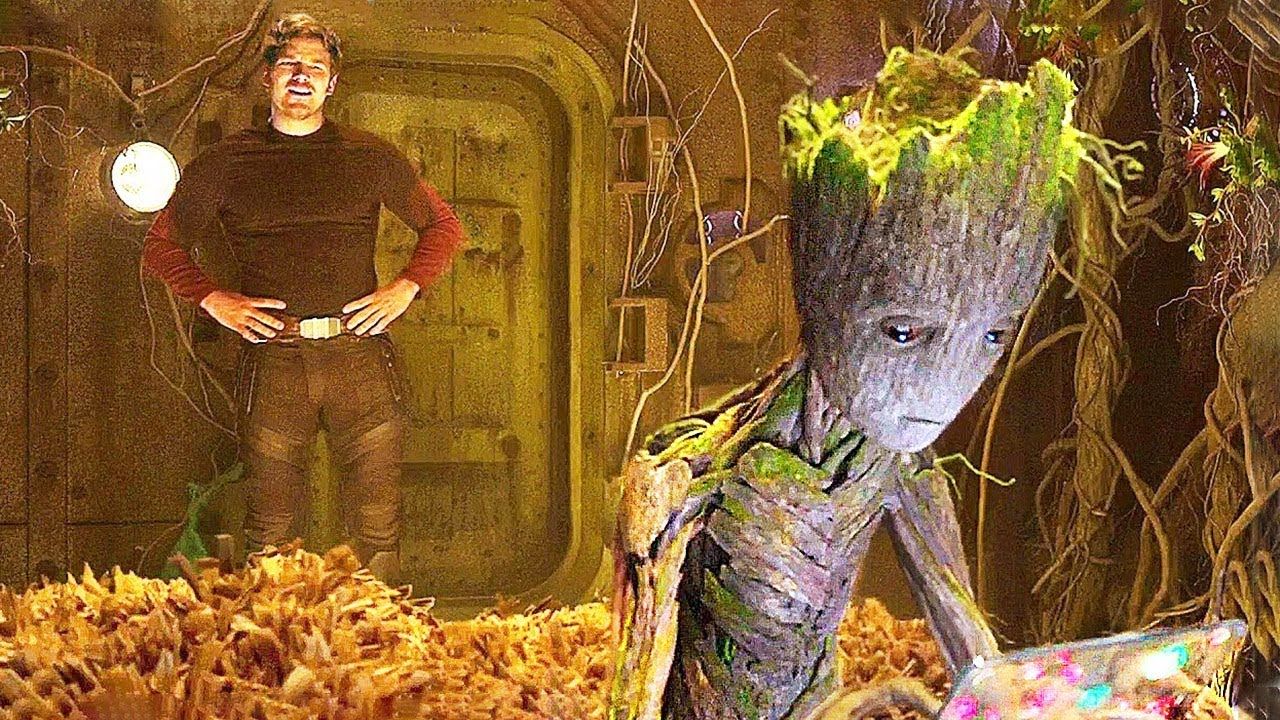 Groot has now grown up into a rambunctious child addicted to playing a video game, much to Peter Quill’s chagrin. This bratty version of Groot isn’t the most original creation, but Gunn gets some humorous lines (“You’re leaving branches everywhere!”) out of paternal Quill’s frustrations. 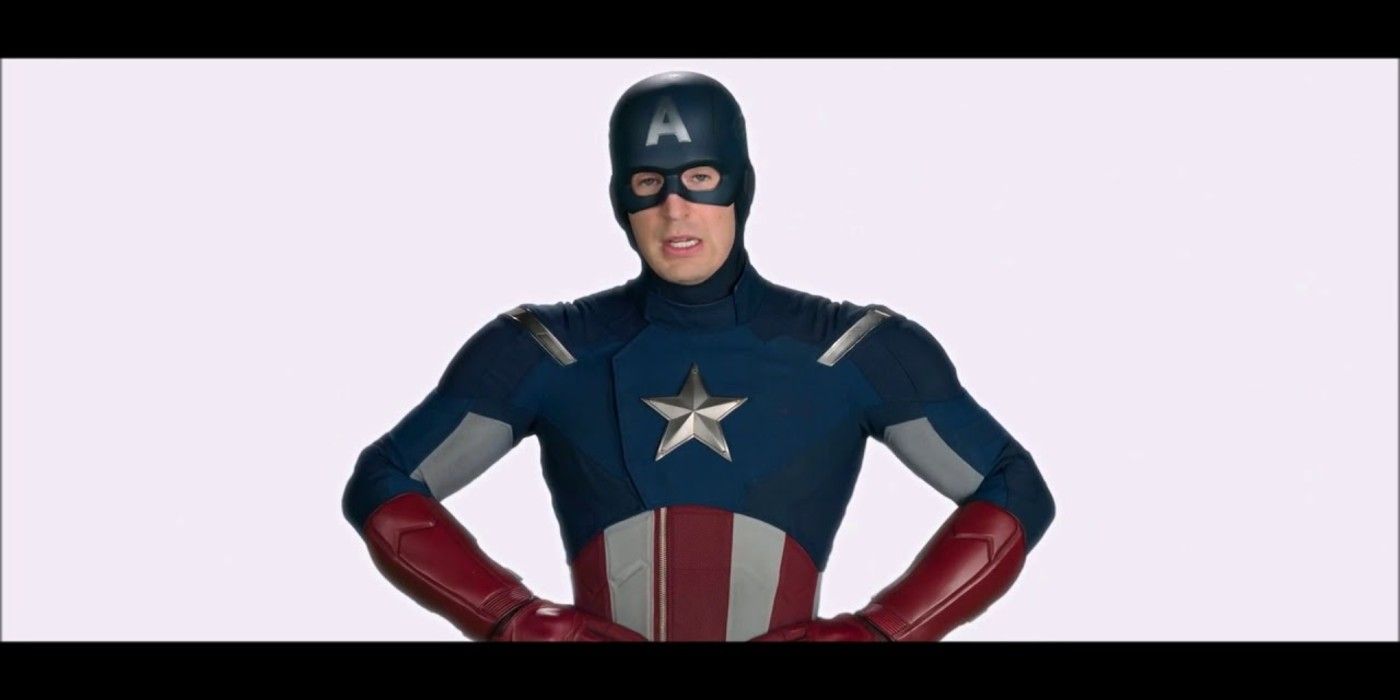 One of the more memorable MCU post-credits gags, Steve Rogers comes out to inform the audience, who has just waited through the film’s entire credits, about the virtues of patience. The irony here is as obvious as it is amusing. 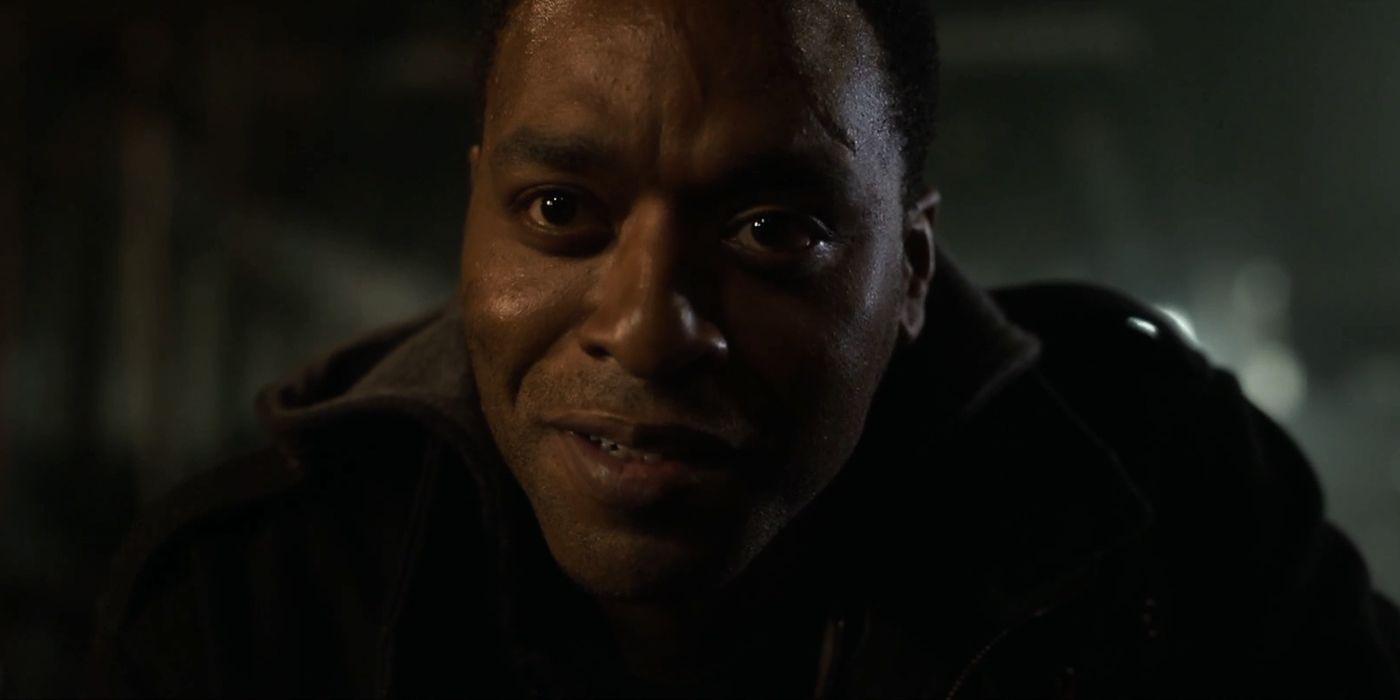 Mordo solidifies his slide into villainy as he goes to see Johnathan Pangborn and removes the magic that cured Pangborn’s physical impairments. Both Chiwetel Ejiofor and Benjamin Bratt put in good work in this scene, with Ejiofor’s final line delivery here nicely setting up Mordo as a sinister threat worth taking seriously.