The Merc with a Mouth has met his match.

You Are Reading :‘Deadpool 2’ New Trailer Hooks up the Cable Package

20th Century Fox has released a new Deadpool 2 trailer. The upcoming sequel will have Wade Wilson (Ryan Reynolds) squaring off against Cable (Josh Brolin), a freedom fighter from the future whose backstory is so delightfully convoluted that I’m pretty sure the movie will have a field day making fun of it. The movie will also see the inclusion of Domino (Zazie Beets), who’s also probably gunning for Deadpool.

The upcoming sequel features director David Leitch (Atomic Blonde) stepping in behind the camera with writers Rhett Reese and Paul Wernick returning to pen the script. Leitch shined with his past action movies, and so it stands to reason that the set pieces in this film will also be outstanding. Coupled with Reese and Wernick’s great sense for the character, there’s no reason why the sequel can’t surpass the original. Presumably, there will be gratuitous violence and vulgarity, and good times will be had by all.

The trailer is as funny and as irreverent as you’d expect for a Deadpool movie, taking shots at the mustache-removal from Justice League, flipping over to Deadpool playing with action figures, and then finally launching into the actual movie with action that looks terrific. Cable almost seems like he’s from a completely different movie, so it will be interesting to see how he plays against Deadpool.

After surviving a near fatal bovine attack, a disfigured cafeteria chef (Wade Wilson) struggles to fulfill his dream of becoming Mayberry’s hottest bartender while also learning to cope with his lost sense of taste. Searching to regain his spice for life, as well as a flux capacitor, Wade must battle ninjas, the yakuza, and a pack of sexually aggressive canines, as he journeys around the world to discover the importance of family, friendship, and flavor – finding a new taste for adventure and earning the coveted coffee mug title of World’s Best Lover.

For more on Deadpool 2, peruse our recent stories in the links below: 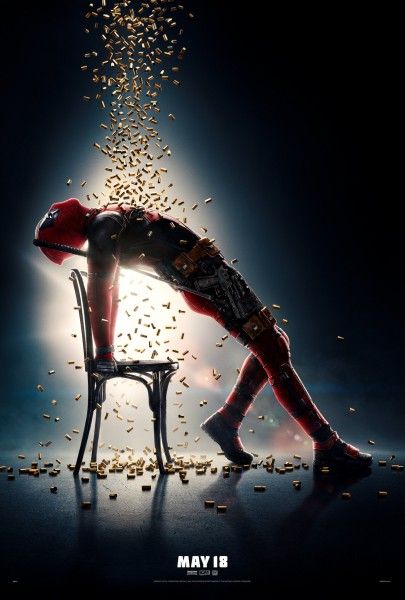