A weird glitch renders Cyberpunk 2077’s children like they’re straight out of a horror flick.

You Are Reading :Cyberpunk 2077s Kid NPCs Are Ripped Straight Out Of A Horror Movie 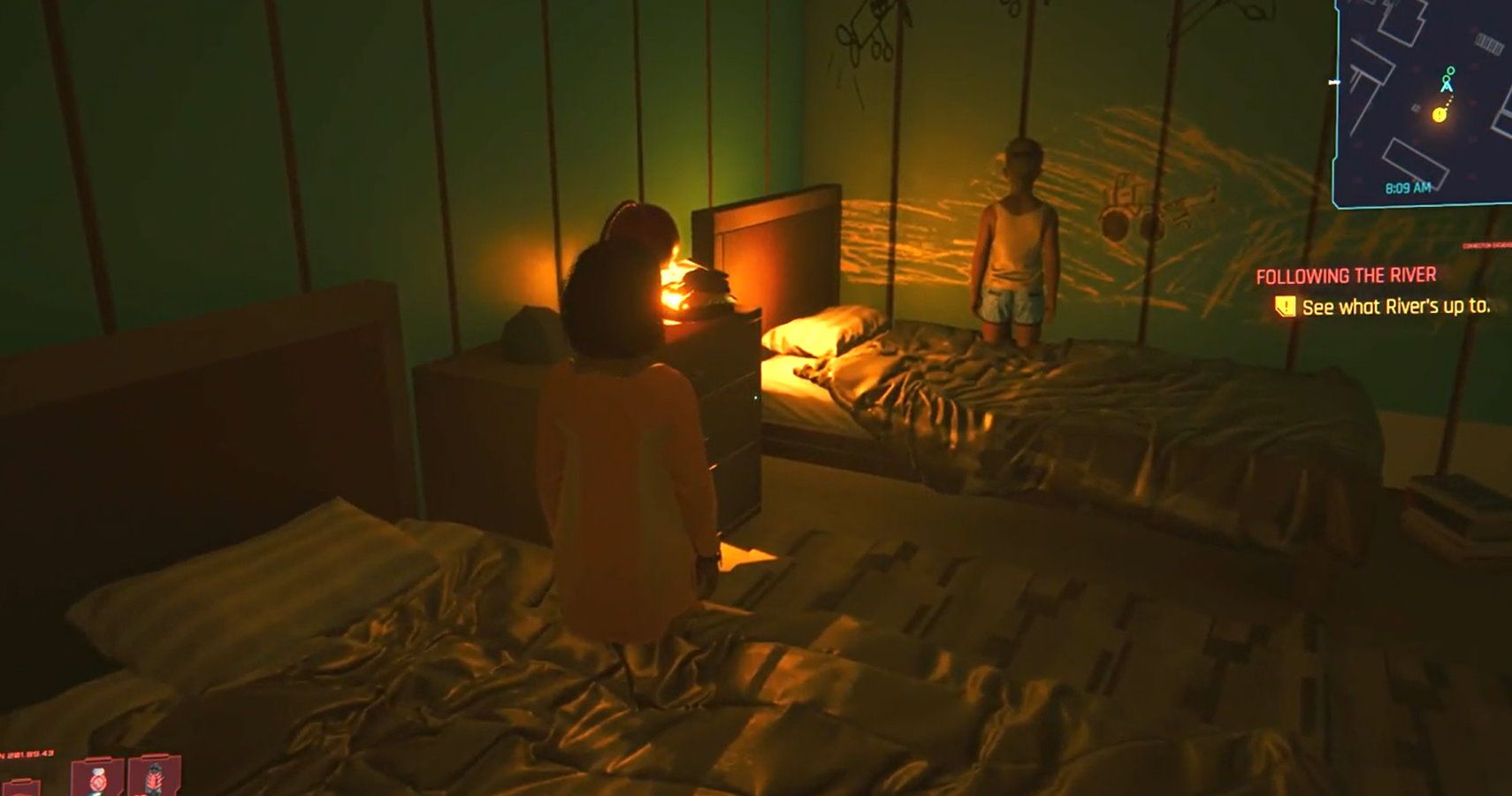 If you haven’t been playing Cyberpunk 2077, it’s probably safe to say you only know about the game thanks to an unparalleled media blitz and because it’s so chock full of amazing, hilarious bugs.

But sometimes Cyberpunk’s bugs take a very un-funny turn. Reddit user apostrophefee recently posted this video to the Cyberpunk 2077 subreddit that features two children of the corn catching some shuteye in the most terrifying way we can imagine.

It’s not so much that they’re glitching through their beds–it’s that they’re both standing ramrod straight with their eyes closed. Clearly they’re supposed to be sleeping peacefully under the covers, but instead, they’re like mute statues. We’re just waiting for a high-pitched violin screech to signal when they’re about to open their eyes and start spewing satanic syllables.

Again, this is clearly a bug, but Cyberpunk is so full of weirdness that it can be hard to say what’s a bug and what’s intentional. Let’s take these swimming animations for instance. Certainly, nobody is going to swim with their arms splayed at bizarre angles like this, but it does seem to fit the first-person animation at least somewhat. And then there’s V’s running animation that looks almost exactly like Woody from Toy Story. Again, it makes sense when you compare it to your first-person camera view, but it still looks ridiculous.

Hopefully those animation glitches will get fixed as Cyberpunk receives patches throughout the coming year. The latest leaked intel from an anonymous CDPR dev says not to expect a truly completed game until the end of the year.