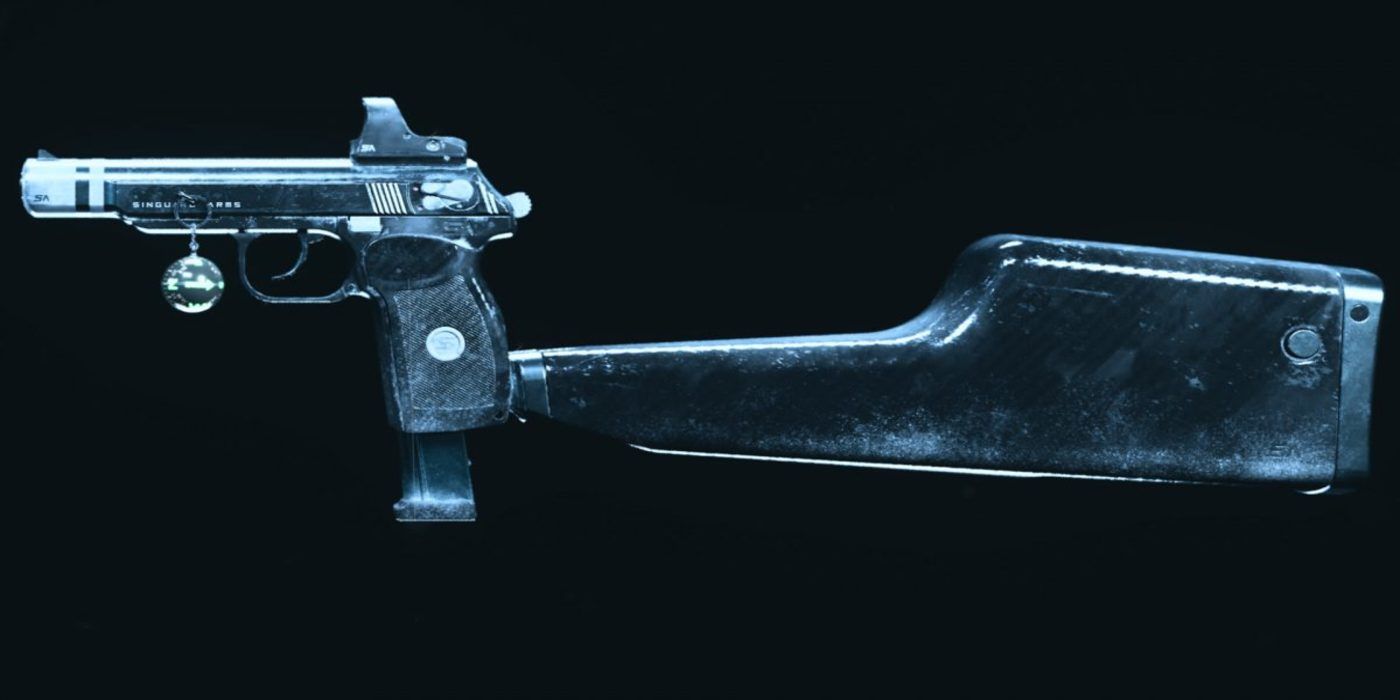 When an overpowered weapon dominates inside Call of Duty: Warzone lobbies, it usually does so for several weeks. However, Raven Software has already ended the Sykov pistols’ reign of terror in Call of Duty: Warzone, as the game’s latest patch provides a nerf so severe that some players may completely stop using the guns.

Call of Duty: Warzone fans may be shocked to see the Sykov pistols nerfed so quickly, as the FFAR and AUG meta lasted an entire month before a change was made. The same could be seen with the DMR 14 and MAC 10 meta, outlining a clear pattern for weapon balance updates that Raven seemed determined to adhere to. However, a new patch has already seen the Skykov pistols nerfed heavily, so much so that they are noticeably weaker than they were before.

With most fans quickly declaring the Sykov pistols overpowered, this nerf should be satisfying for the majority of the player base. After all, with the game’s most recent meta proving frustrating, a Sykov meta could have been utterly devastating. To stop this, Raven has made several adjustments to the attachments of the pistol. The Sorokin 140mm Auto barrel increases bullet spread, making the gun less accurate. The Akimbo attachment lowers movement speed, while 80 Round Drums lower movement speed and ADS speed. However, the biggest change is the damage reduction for the guns.

If players equip the 80 Round Drum mags and Sorokin 140mm Auto barrel at the same time, they will be punished with a 25% reduction to the weapon’s damage output. This change forces players to choose between a massive ammo count or a fully automatic pistol, heavily nerfing the Sykov. As a result, all Call of Duty: Warzone players using the gun will need to adjust their Sykov loadouts, losing one of the attachments if they want to keep the gun strong. With so many attachment nerfs, though, many may stop using the pistol entirely.

The update also saw Call of Duty: Warzone’s RC-XD removed from buy stations. Frustrating players due to its prevalence in every match, the special items has become a rare drop once again. Players can now only access RC-XDs via Verdansk’s containment monitors. The sniper scope bug has also been fixed, ensuring scopes display a glint properly. Outside of these changes, various bug fixes were made, ranging from the Containment Protocol missiles to flaws with King Slayer Trios. Visual errors with the Swatt Master blueprint were also corrected.

After this update, it seems like Call of Duty: Warzone’s M16 is alone at the top of the battle royale game’s meta. While the dual wield Sykovs were the perfect companion to the Tactical Rifle, this massive nerf has ensured they are nothing like they once were.