Bug Fables is a charming platformer, but newcomers may find it deceptively challenging. Here’s how to keep the early game running smoothly.

You Are Reading :Bug Fables 10 Early Game Tips You Need To Know 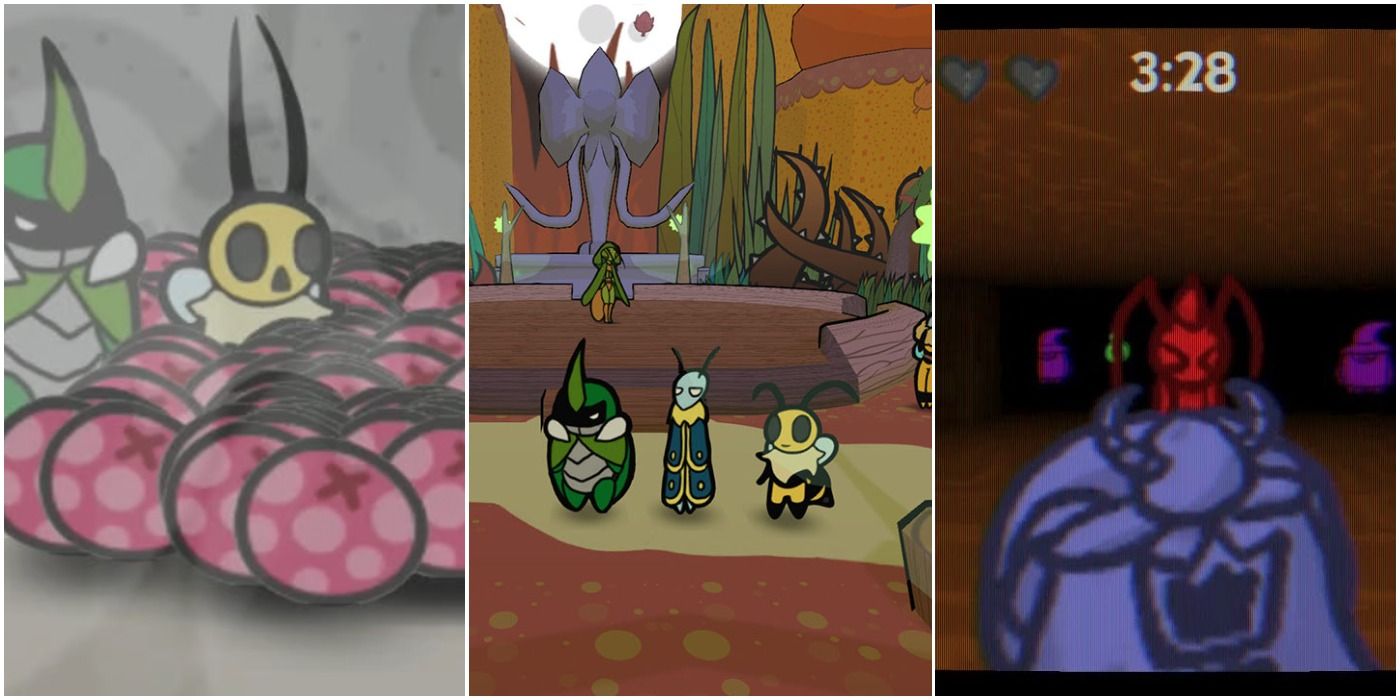 Bug Fables is a gorgeously stylized adventure that follows three main characters: the bee Vi, the beetle Kabbu, and the moth Leif. Though it takes plenty of inspiration from Paper Mario and the likes, it’s got lots of its own charm and very satisfying combat mechanics.

Players just getting into the game should be careful, though. Bug Fables’ outwardly casual appearance is, in actuality, nothing but. It can be as frustrating as it is good to look at, but if gamers knowing what they’re getting into, it can make all the difference. 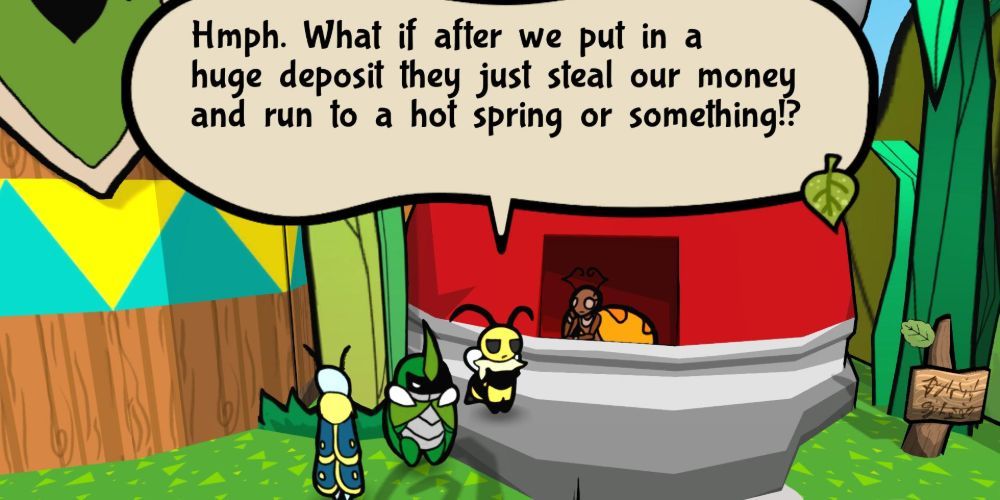 Bank accounts in Bug Fables work more closely to how they operate in real life than they do in other games; that is to say, they give the player interest. The Bank of Bugaria is in Ant Kingdom City, and after initial payment, players can use it store up to 10,000 berries.

Every half hour that passes in-game increases the bank balance by 2% of its total. After depositing 500 berries, this number increases to 4%. If only banks worked this generously in real life!

9 Vi Can Bring Down Flying Enemies 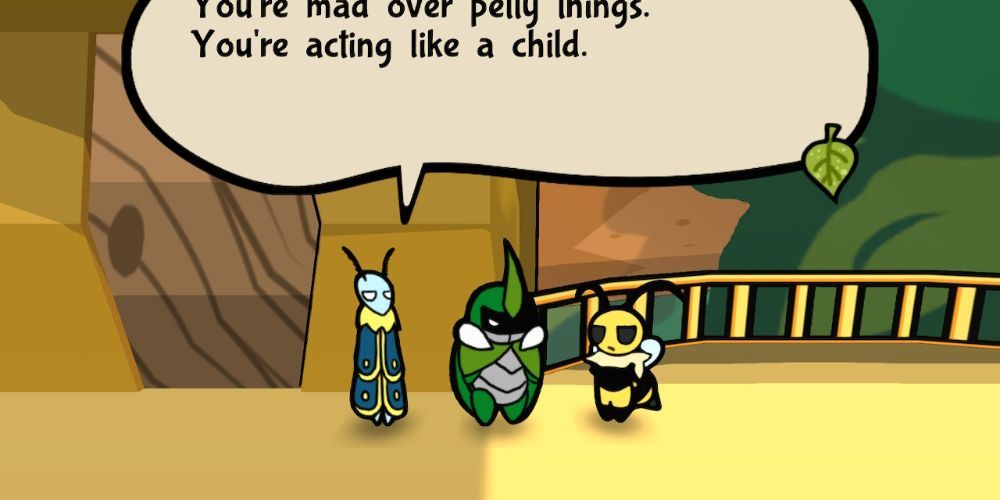 Vi, the bee protagonist, is unique in that she is the only one able to fight flying enemies at the start of the game. Getting into combat with one of these foes is not an instant game-over, though, as Vi can both attack flying enemies and bring them to the ground.

Players can use Vi’s Beemerang for this, as well as other moves gained throughout regular progression. Leif and Kabbu, who are restricted to attacks on the ground, will be able to attack the foe as well, once Vi knocks it out of the sky. 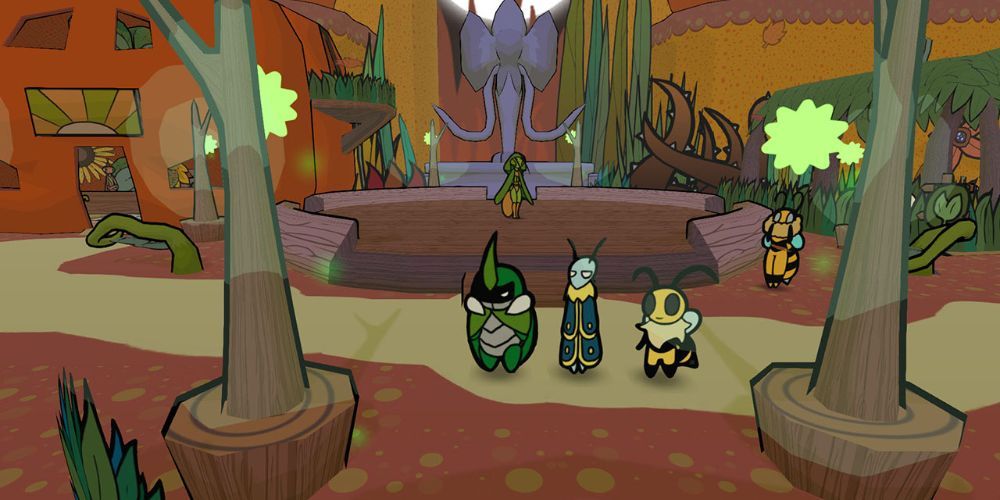 One of the major inspirations that Bug Fables takes from the Paper Mario games is its combat system. It’s a turn-based system in a platforming game where players can see and interact with foes before battle. Enemies are not randomly encountered like in many turn-based games.

By using an out-of-combat ability on an enemy before combat starts, the team will gain advantage and be given a free round of attacks – handy! 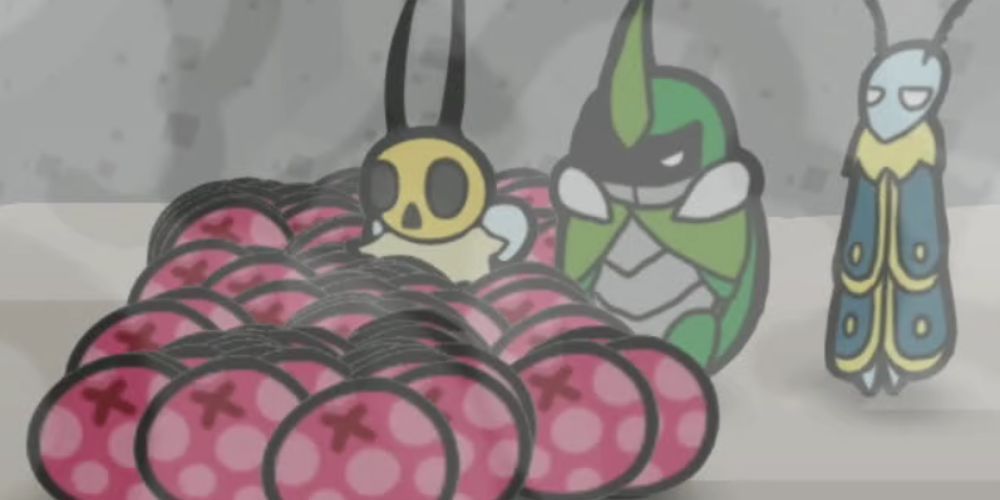 Berries are the unit of currency used for just about everything a player will buy in Bug Fables. Despite being important to progression; however, it’s not something a player should go hunting down in vast quantities.

Players can acquire berries naturally in normal levels throughout normal gameplay. It’s not necessary to farm berries for purchases most of the time, unless a player is particularly bad with their spending.

6 Keep Hard Mode Off, Except For Bosses 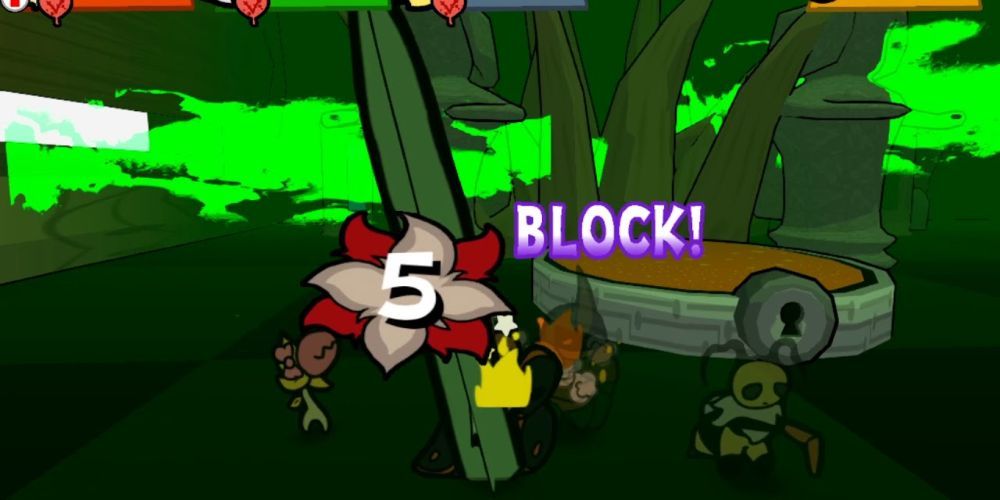 Players can enable hard mode in Bug Fables through the use of the Hard Mode medal. With this turned on, medals can be earned from bosses on defeat, more berries drop, more XP is gained, and more items are dropped from enemies in general.

However, the significantly tougher overworld enemies are not worth facing for their increased loot. Only turn on Hard Mode for bosses to make the most out of those encounters. One stronger boss is easier to deal with than four enhanced normal enemies, and the rewards are more worth it.

5 Ignore The Cave of Trials Until Later… 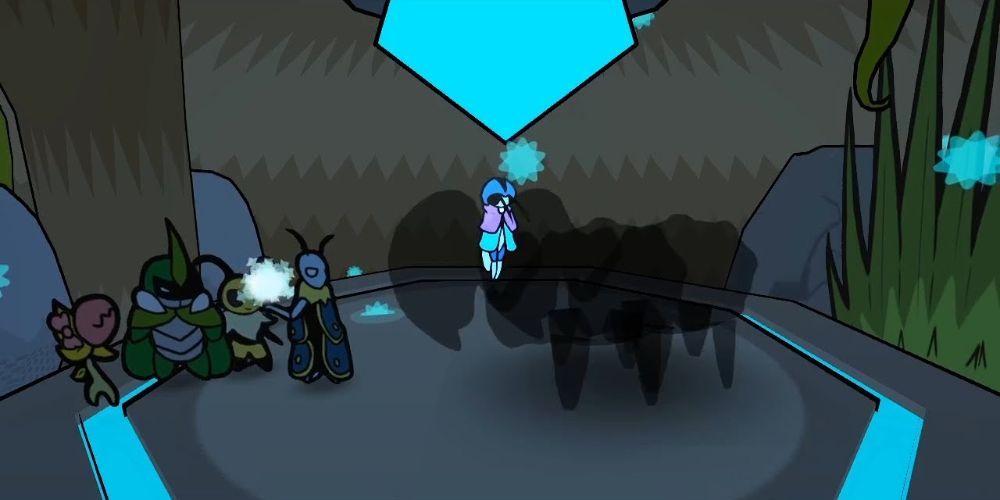 The Cave of Trials is a place far beyond the Bugaria Outskirts that offers rewards to players skilled enough to make it through 50 rounds of enemies. Every 10 rounds completed yields a reward, including a special reward for first-time completion.

However, the rewards are not terribly powerful for the amount of effort one must expend to get them. It’s a bit tedious to get through, and the challenge becomes much easier and less time-consuming as the player gets stronger.

4 …But Check Out The Arcade For Easy Badges 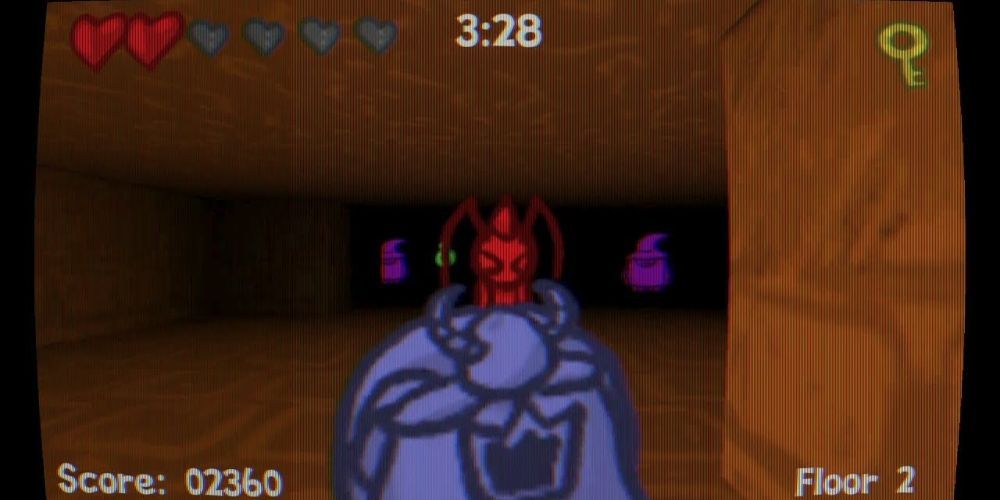 The Termacade is a special area in the Ant Kingdom that houses two playable games-in-a-game: Mite Knight and Flower Journey. Doing well in both games yields special tokens that the player can then use to buy special badges.

The games themselves are not too hard, but it’s worth looking up strategies for the later parts of each. The badges available here range all over, too, and it can help solidify a build quickly. 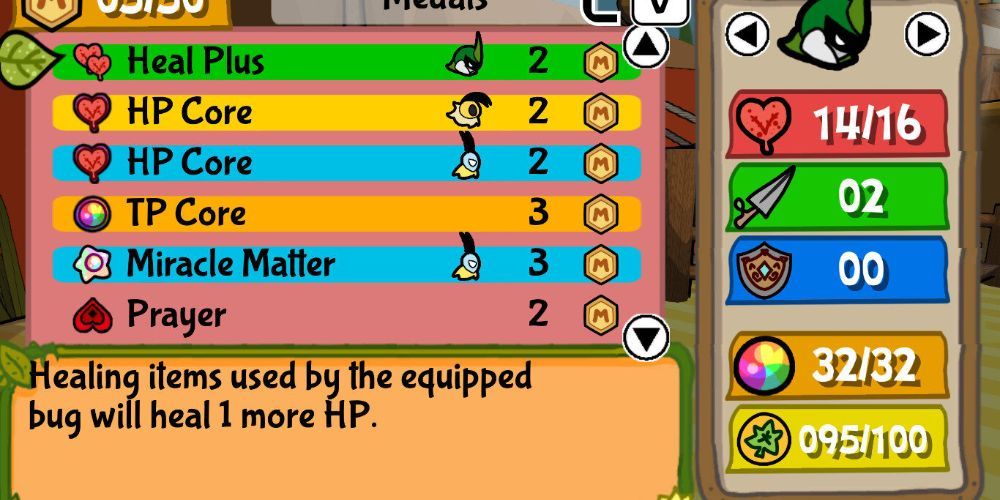 Two of the best stats to level in Bug Fables are Medal Points (MP) and Tech Points (TP). MP determines how many medals can be equipped on a character, while TP determines the skills available to the team.

Leveling MP allows the use of more medals than normal, while a high TP stat lets the team use better skills and gear. Keep these two stats in primary focus while leveling up. 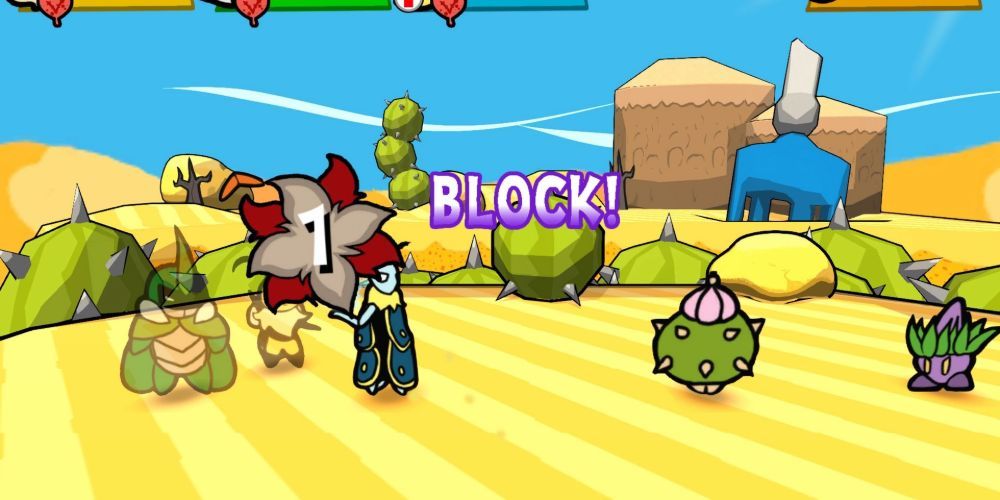 The blocking system of Bug Fables is integral to the flow of combat – and integral to keeping the party alive without relying on items. When a player presses any button on the gamepad face (except directional buttons) right before an attack is about to hit a party member, it will be blocked.

Blocking an attack effectively negates downsides to spells and also reduces damage across the board by 1. It’s a useful skill to master, especially as the game continues into its end stages.

1 Look For These Medals In The Early Game 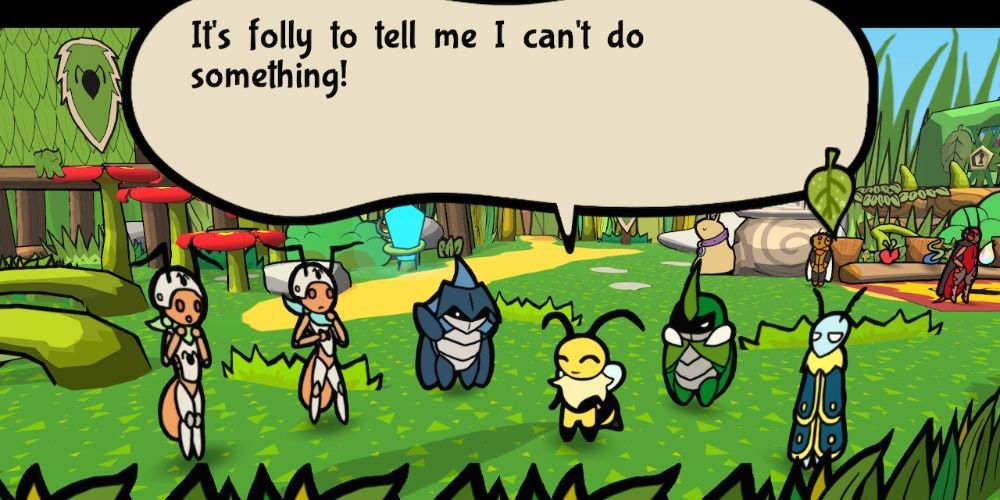 Medals in Bug Fables can hugely improve a character’s chances of survival, and change some core elements of the gameplay in general. There are a few medals found early on that can boost a player’s damage output and survivability.

Medals can make all the difference between winning a fight and losing, and some medals change how the game is played altogether. It’s best to play around and figure out what works best for each individual team composition.