One of the most exciting films of the year gets a generic poster.

Dreamworks and Fox 2000 have released the first poster for Steven Spielberg’s Cold War thriller Bridge of Spies. From a script by Joel and Ethan Coen, and Matt Charman, the film stars Tom Hanks as Brooklyn Lawyer dragged into the Cold War when the CIA recruits him to negotiate with the Soviets for the release of an American pilot.

The Bridge of Spies poster is about as plain a piece of promotional material as I’ve ever seen. It’s not a poster aimed at artistry or wit. This is a poster to remind you that there’s a Steven Spielberg/Tom Hanks drama about the Cold War headed your way. You can tell because there’s a hammer and sickle on top of Tom Hank’s face on top of an American flag. It’s like a Cold War sandwich with extra Tom Hanks.

Here’s the thing though, when you’ve got Spielberg directing Hanks in a movie written by the Coen brothers, you don’t need fancy posters. It sells itself. That combo of talent immediately makes Bridge of Spies one of the most exciting, promising and highly anticipated films of the year. We’ll get our first look at the film when the trailer drops tomorrow morning at 9AM PST, until then you can catch up on all our recent Bridge of Spies coverage here and check out the new poster below. 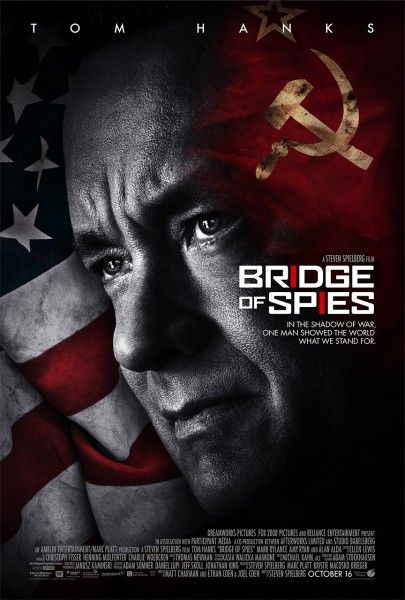 Here’s the official synopsis for Bridge of Spies. The film arrives in theaters October 16, 2015.

A dramatic thriller set against the backdrop of a series of historic events, DreamWorks Pictures/Fox 2000 Pictures’ “Bridge of Spies” tells the story of James Donovan, a Brooklyn lawyer who finds himself thrust into the center of the Cold War when the CIA sends him on the near-impossible task to negotiate the release of a captured American U-2 pilot. Screenwriters Matt Charman and Ethan Coen & Joel Coen have woven this remarkable experience in Donovan’s life into a story inspired by true events that captures the essence of a man who risked everything and vividly brings his personal journey to life. 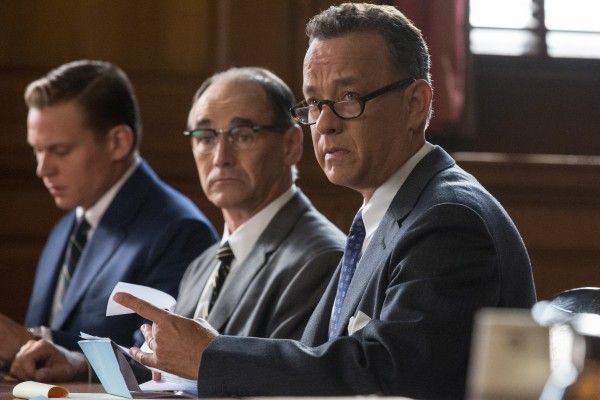