Breath Of The Wild Is The Best Designed Open World Ever Made, And The Rain Is Partly Why

Breath of the Wild’s rain might be annoying, but it’s genius.

You Are Reading :Breath Of The Wild Is The Best Designed Open World Ever Made And The Rain Is Partly Why 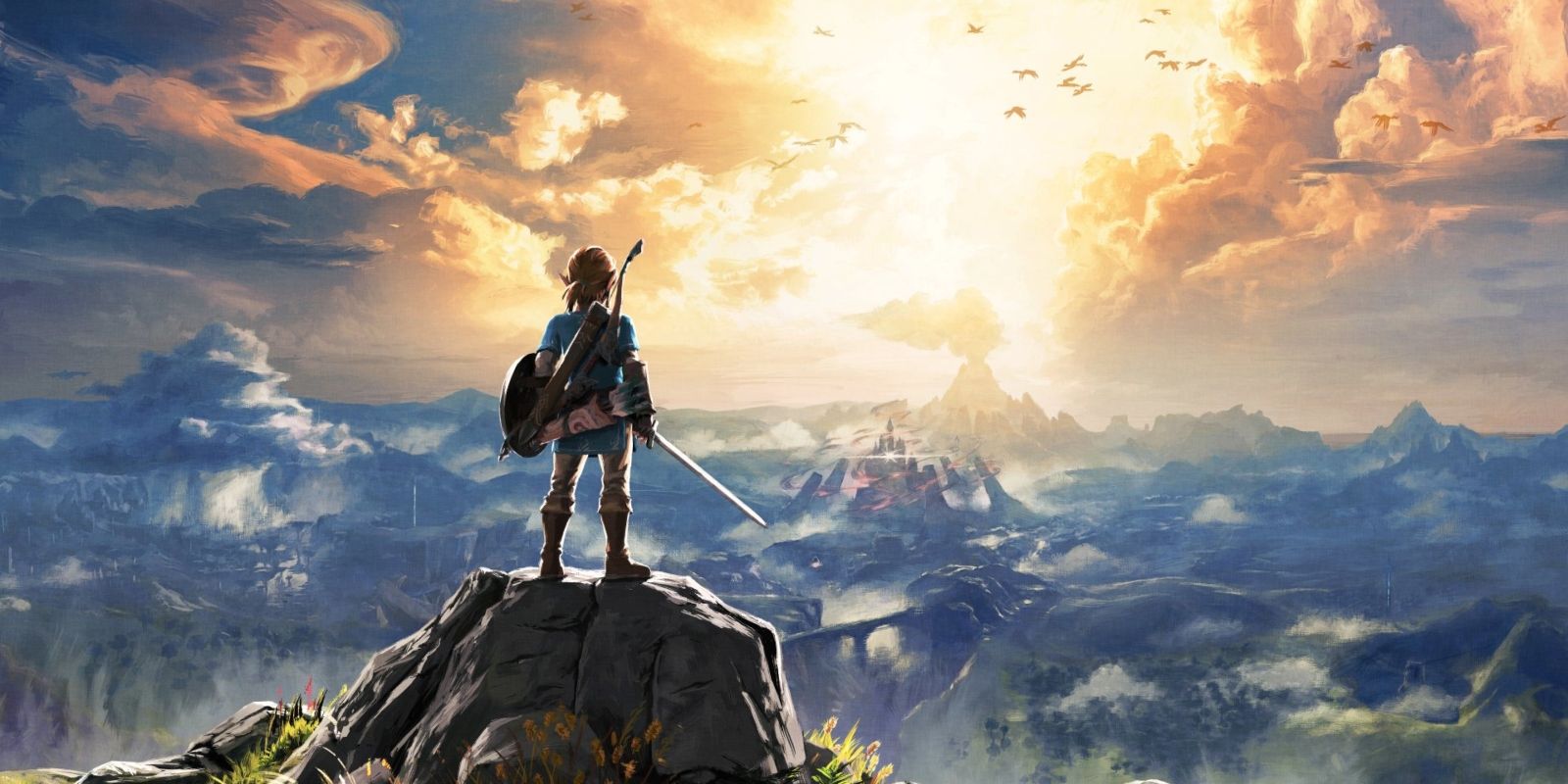 It’s easy to see the rain as an annoyance in Breath of the Wild, but that downpour is as life-sustaining for Nintendo’s open world as it is for all the living organisms on Earth. Link can scale anything in Hyrule as long as he has the stamina for it, scurrying up sheer cliff faces as if he’s been bitten by a radioactive spider. Yet, somehow, the world manages to contain this unbridled freedom.

Game developers know that players will travel as the crow flies if the option is there. Hell, they will do it even if it’s not the intended route. Who among us hasn’t spent an hour trying to glitch jump up and over a mountain in Skyrim instead of simply walking around? Breath of the Wild avoids that by giving us the tools to do it legitimately – just stick to the wall and climb up, bit by bit, then glide down to your objective from the peak.

This seems like a nightmare for the creators. How can you make sure the player meets all the interesting characters on the road, sees that cool enemy encounter, or spots that secret tucked away behind the back of a waterfall if they’re exclusively meandering around Hyrule’s peaks? Breath of the Wild’s weather systems are just one mechanic that ensures players don’t miss a thing (brilliant horses are another). 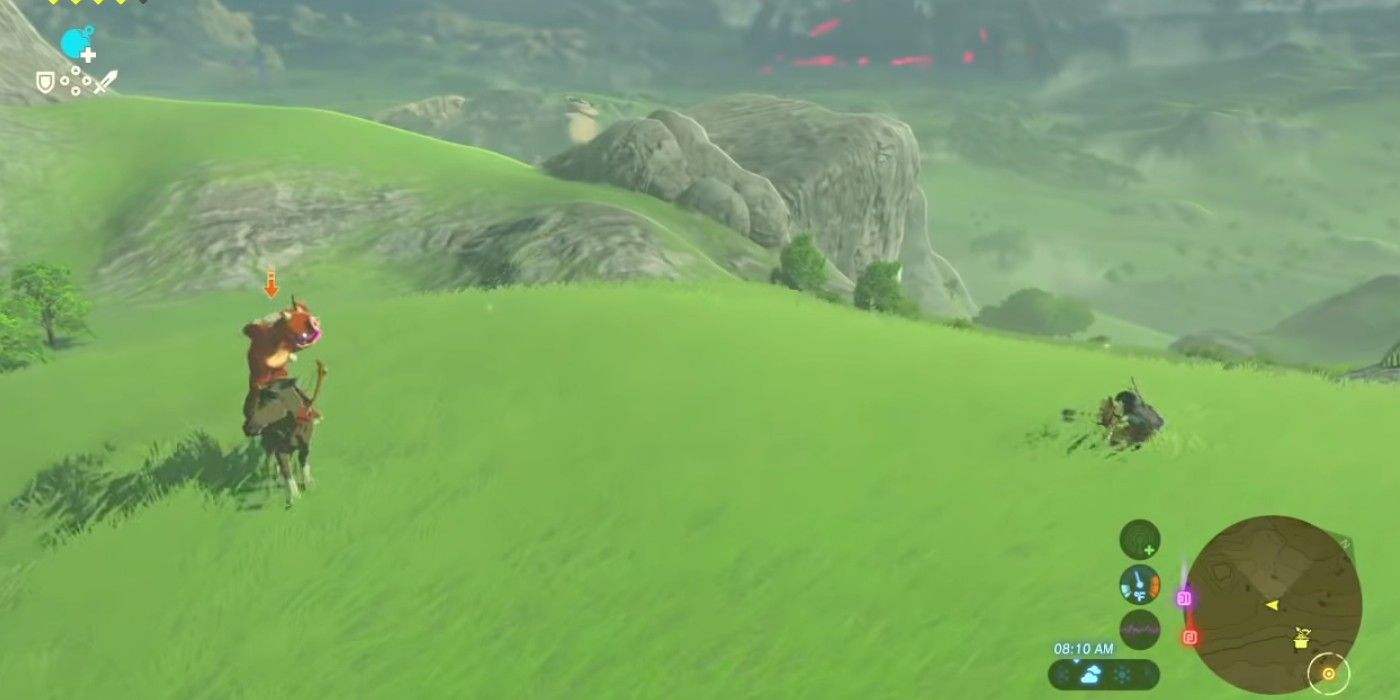 When rain comes, climbing is near impossible. You can still attempt to climb, and you can often successfully manage short distances, but the slick rock sends Link sliding back down to ground level if you’re trying to clamber more than a few feet. It doesn’t matter how many stamina potions you have – you’ll just waste them. Of course, you can wait for the skies to clear, but you either need to make a campfire, find a campfire, or sleep in a bed to pass the time. That’s how the game subtly nudges you towards the nearest slice of civilization.

Those mountains and cliffs aren’t placed randomly either. They’re dotted around strategically to act as funnels and create sightlines, gently guiding you between points of interest. Even if you never climb anything, you’ll naturally stumble across cool stuff as you walk, run, shield surf, and gallop around Hyrule. Think about how you first came across Zora’s Domain, a city of amphibious humanoids – you just bumbled into it, didn’t you? And you started right at the bottom of a long road filled with enemies, before following a winding river all the way up as Prince Sidon egged you on from the water. You didn’t accidentally just glide into the centre of the village – you entered from the exact spot the developers intended. Why is that?

When you first go to Zora’s Domain, they’re suffering from a perpetual downfall, caused by a nearby Divine Beast, an ancient machine that’s been corrupted by evil. The only way to stop the rain in this region is to do the main mission there. So the road to the mission starts at low altitude and takes you up high, preventing you from getting there by other means because of slick cliffs on all sides, despite it being almost smack bang in the middle of the map. Then, once you’re in, you’re given some armour that allows you to swim up waterfalls like a salmon, which, again, encourages you to go the right way when you leave the village. This is all done without invisible walls or illusion-shattering messages that you’re leaving the mission area. It’s just smart topography and systems working together in perfect harmony. Even though it’s all by design, it feels completely natural. 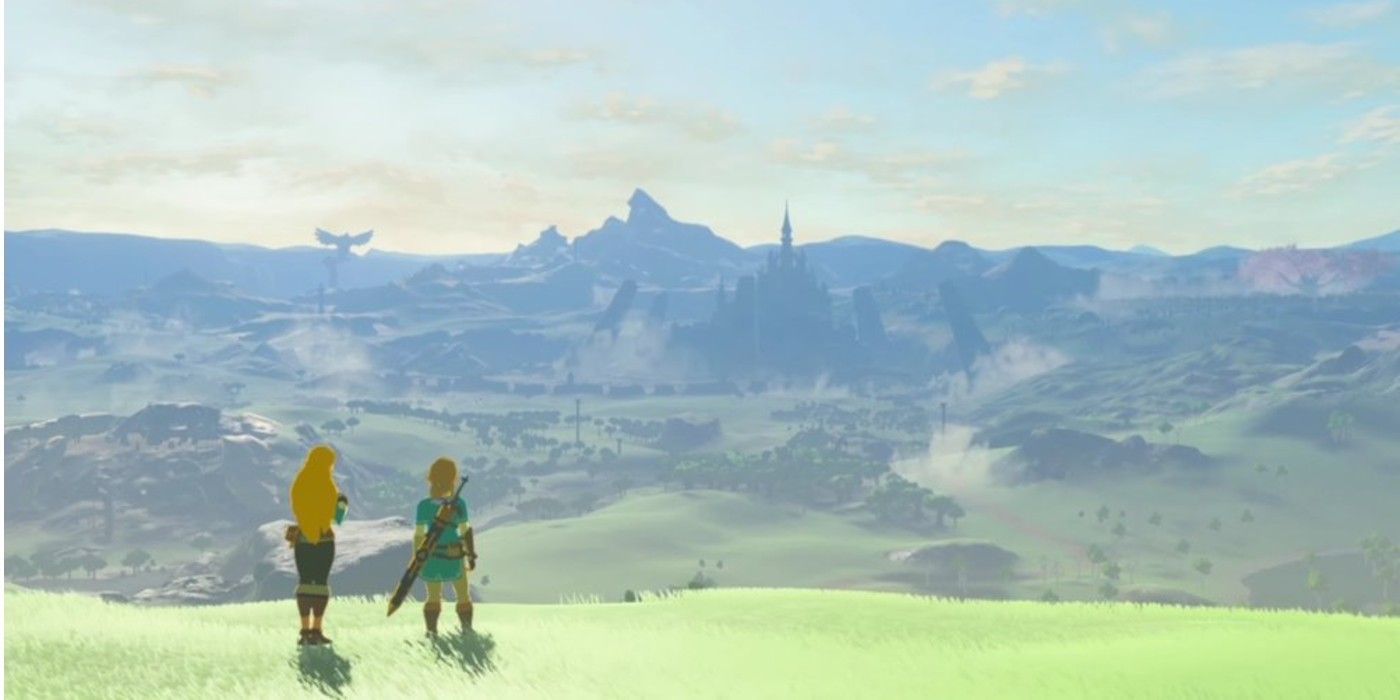 Nintendo uses this same trick throughout the game. When you visit the jungle just north of the beach at the south end of the map, you’re caught in a thunderstorm. There are these little pockets of the map where the weather is fixed so you can have quests related to them, such as the stable where you have to remove an axe embedded in the roof because it’s acting as a lightning rod. And you likely did this before you stumbled across the nearby shrine encased in rock, which you have to break open by bringing lightning down on top of it – it’s a good job you just got that axe, eh?

You technically could have done the above examples in a different order, but the layout of the world is designed to pull you where the developers want you to go. What’s that, Sheikah Slate? You’re beeping because there’s a shrine nearby? I best get my bearings and head towards the source. Despite these moments being “scripted”, it never feels artificial. That’s because up until those specific points, the world is fully simulated. Characters in Breath of the Wild comment and react to things on a much deeper level than they do in almost every other game ever made. They run for cover in the rain, comment if you happen to be standing on a table when you talk to them, reference your equipment, deeds, and much more. It’s a game designed with “if”. “If Link does X, NPC does X,” and that design ethos makes the world feel alive in a way most other games could only wish for. 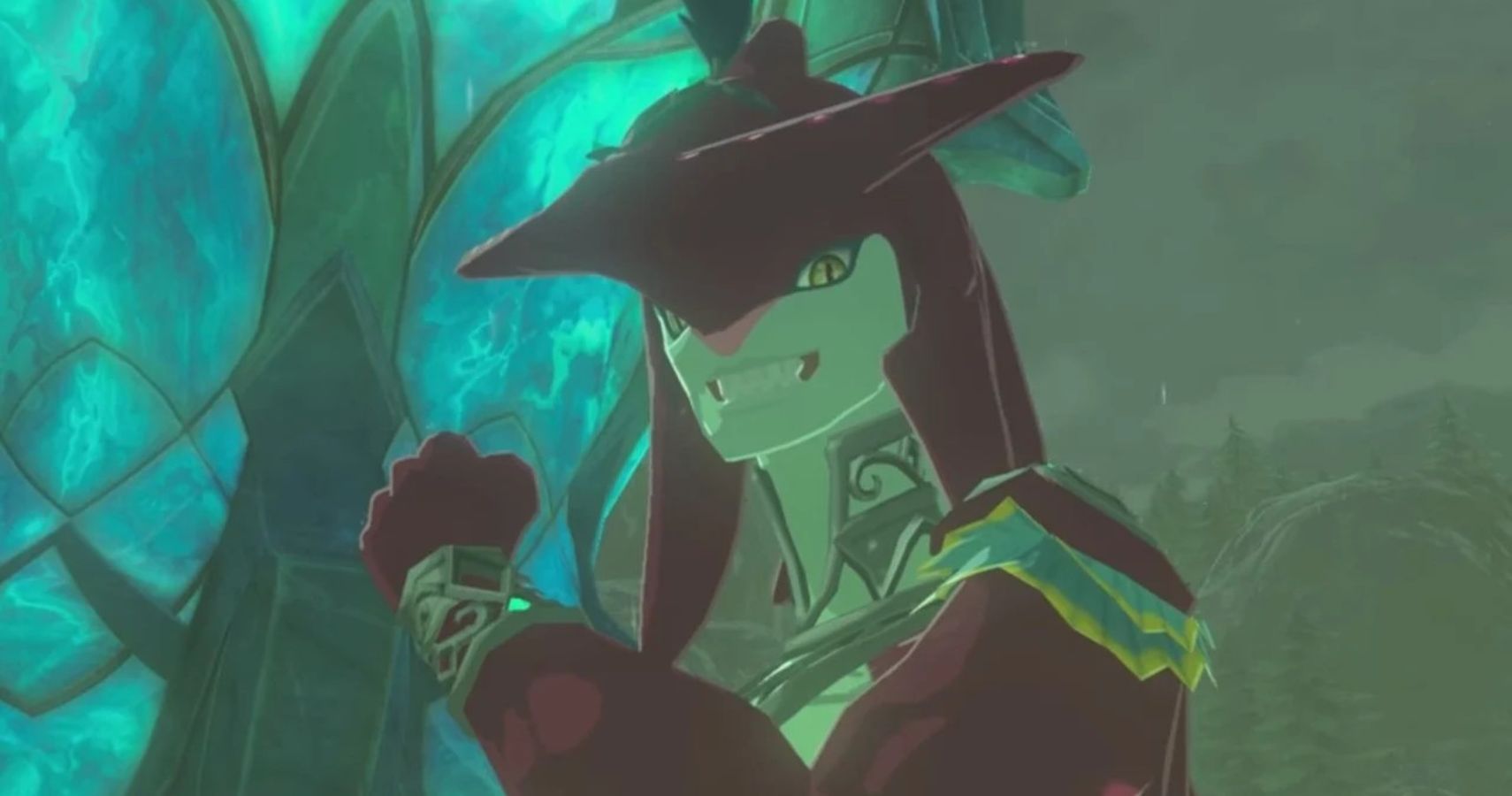 Another way the game gets away with these scripted sections, beyond them feeling completely natural because of how elegantly they’re implemented, is how much freedom you have generally. Even the shrines – a series of puzzle tombs – can often be completed in various ways. In some, you have to create an electric current from one side of the room to the other, and some players simply drop their metallic weapons on the floor to create a makeshift circuit. Last night, I couldn’t figure out how to complete a seesaw puzzle that relied on using Stasis to freeze the seesaws in place, so I just threw my bomb onto the final platform to create a slight counterweight and cheesed my way across.

It’s a Zelda game built with the same design principles as games such as Deus Ex, Dishonored, and Prey – games built around simulation. If there’s a fire, it spreads and destroys flammable objects. If Link opens his paraglider over a fire, the updraft grants him some lift. If there’s a storm, lightning will target metallic objects, even if Link or an enemy happens to be holding them at the time. If an electrically charged object touches another metal object, it conducts. If it rains, Link slips when he tries to climb. If. These “if”s are what keep you focused on the game world as an actual place, and not a video game location where you’re simply checking off objectives. It feels like you’re on a proper adventure, and that anything can happen at any time. So the next time it rains in Breath of the Wild, don’t see it as the game barring your progress over that next mountain – use it as an excuse to see what’s on the winding path that skirts around.