DICE is giving gamers a closer look at two of its upcoming DLC offerings for ‘Battlefield 3,’ Aftermath and Armored Kill, both of which boast new maps, vehicles, and weapons. 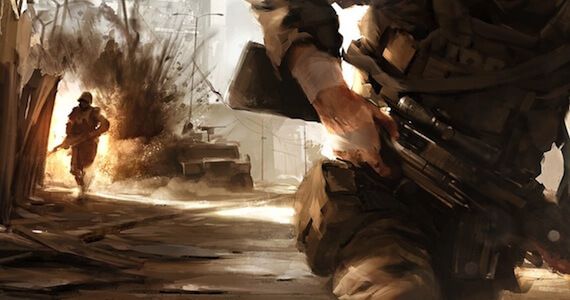 Though it’s been nearly seven months since the release of Battlefield 3, DICE’s military shooter is continuing to go strong through the help of post-release DLC packages. While most players have already invested in the offering whole cloth — through Battlefield 3 Premium — there are still those gamers who want to pick and choose. To help better inform that decision, Electronic Arts has released some new details about Battlefield 3: Aftermath.

Aftermath, as you might know, was one of the new DLC packages added to the fray once Premium was announced. Now, Aftermath will be occupying End Game’s release date in December, whenever that may be.

What we do know is that along with four new urban-set maps, Aftermath will also sport a new mode, new vehicles, and new assignments, achievements, and dog tags. Exactly what gamers would expect from a new DLC offering.

What’s unique about the terrain in Aftermath, as the name suggests, is that it has been ravaged by an earthquake, and focuses on vertical combat as much as horizontal. Players should be able to find plenty of cover and places to hole up amidst the dust and rubble.

Unfortunately no firm release date has been announced for Aftermath, but a new piece of concept art has been unveiled, which you can find below:

Along with some new details about Aftermath, DICE is talking a little bit more about their forthcoming DLC offering Armored Kill, which boasts Battlefield 3’s biggest map yet, and some new tank classes. The details come by way of an interview between VG 24/7 and Niklas Fegraeus who focuses mostly on the aforementioned tank classes.

Those classes include the Tank Destroyer, the Mobile Artillery, and the ATV. The Tank Destroyer, as Fegraeus explains, is a lighter tank that is nimble enough to zip around the battlefield, and packs enough punch to do some serious damage, but it can’t stand up to heavier artillery.

In contrast to the Tank Destroyer is the Mobile Artillery, which is a cumbersome vehicle that needs good positioning from which to rain down suppressive fire. The vehicle itself is pretty weak, but can have its advantages on the DLC’s larger maps like Bandar Desert.

Located on the coast, Bandar Desert is DICE’s largest undertaking as far as map design is concerned, and should be a perfect counterpoint to the smaller arenas released under the Closer Quarters DLC banner. If you’re looking for the quintessential Battlefield experience, Bandar Desert seems to fit the bill nicely.

Which DLC release are you more excited for: Armored Kill or Aftermath? What new vehicle classes do you hope will be added for future DLC?

Battlefield 3’s Armored Kill DLC releases in September with Premium members getting access 2 weeks earlier. Aftermath, on the other hand, should be releasing some time in December.