AVENGERS AGE OF ULTRON Poster Reveals the Look of The Vision

AVENGERS: AGE OF ULTRON Poster Reveals the Look of The Vision

A banner poster for Avengers: Age of Ultron has given is a good look at how Paul Bettany’s character of The Vision will appear in Joss Whedon’s new film.

You Are Reading :AVENGERS AGE OF ULTRON Poster Reveals the Look of The Vision

After Guardians of the Galaxy set a new marker in terms of quality for Marvel movies (it’s heads and tails better than The Avengers in my opinion), Avengers: Age of Ultron has its work cut out for it. Still, I imagine that writer/director Joss Whedon is up for the challenge. The footage Marvel showed at the San Diego Comic-Con was apparently a step up in terms of cinematic scope, and I think Whedon will make a point to avoid the first act sluggishness that plagued the first film.

In terms of reveals, we saw Hawkeye’s new outfit a couple of weeks ago, and today we have a look at how The Vision will appear in the film. Paul Bettany will be playing him, in case you forgot (he’ll still be tackling Jarvis as well I imagine). Hit the jump to check out The Vision. The film stars Robert Downey Jr., Chris Evans, Chris Hemsworth, Mark Ruffalo, Scarlett Johansson, Jeremy Renner, James Spader, and Aaron Taylor-Johnson. Avengers: Age of Ultron opens May 1, 2015. 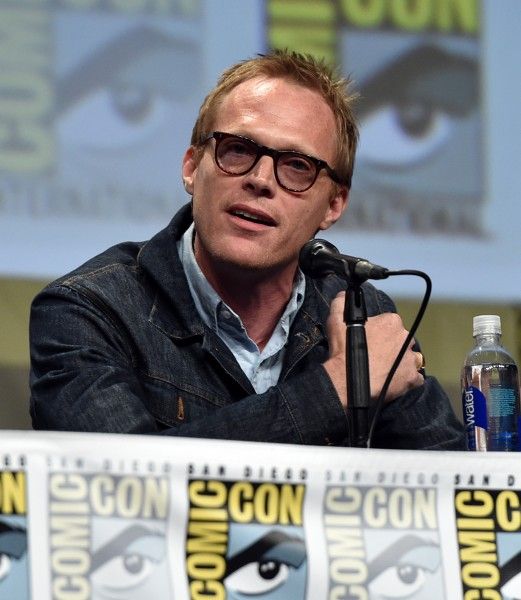 Bettany spoke to us last month about playing the character:

“I’ve got to say that the greatest thing about the job for me is that however much research I could do, I would never know as much about Vision and this world as Kevin Feige and Joss Whedon, so it’s nice to acquiesce all responsibility of that to those guys. The thing that appealed to me is that this sort of nascent creature being born and being both omnipotent and totally naive, the danger of that and complex nature of a thing being born that is that powerful and that fully created in a second. And the choices he makes morally are really complex and interesting. They’ve really managed to maintain all of that. The bit I love is the famous image of him crying, I think it’s really expressed kind of beautifully in this film.”

And now here’s a look at The Vision in a photo of a banner poster that’s been making the rounds (via Badass Digest). Perhaps there will be a bigger image soon without this gentleman standing in front of it: 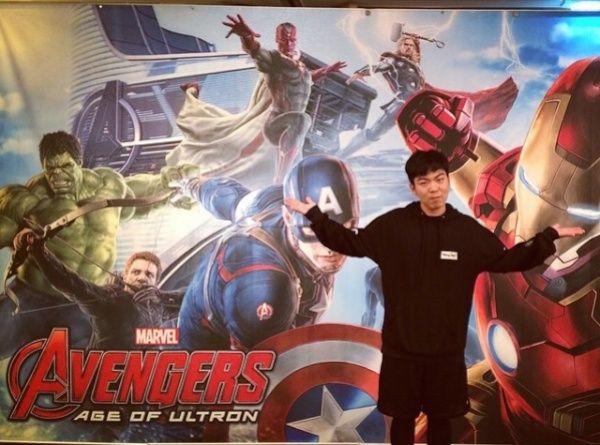