Apex Legends Season 3 Trailer: Everything We Learned About The New Map

The Apex Legends Season 3 trailer, Meltdown, came with the news of a brand new map called World’s Edge. Here’s what we learned about the new arena.

You Are Reading :Apex Legends Season 3 Trailer Everything We Learned About The New Map 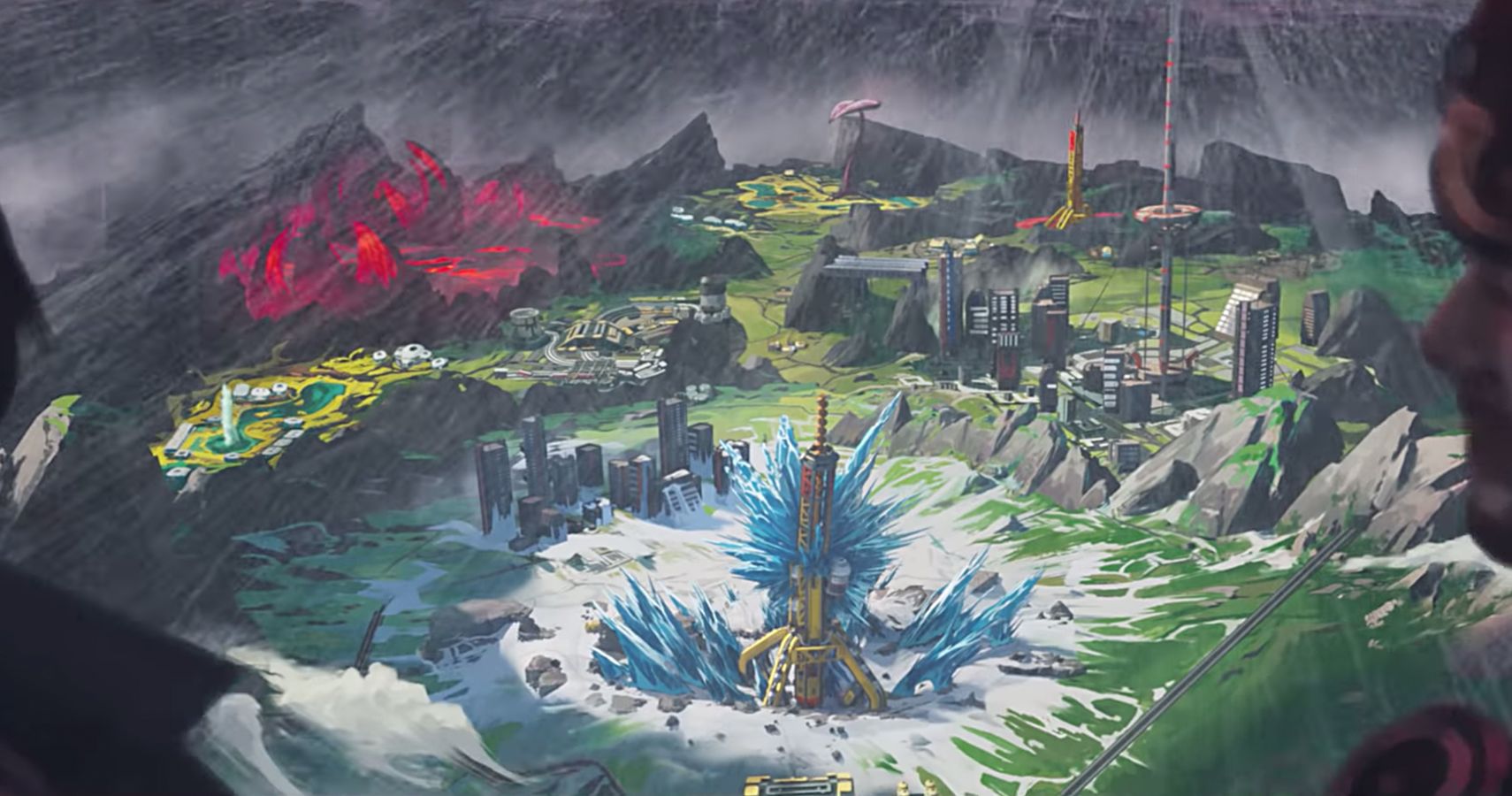 Respawn just released its Apex Legends Season 3 trailer, Meltdown, and things are heating up as players get ready to drop into World’s Edge.

The map is a huge development as it’s the first new map since the game launched in February of this year.

The trailer confirmed a few things fans already guessed or figured out via datamined information. However, it also added context and detail to the forthcoming additions.

At the start of the trailer, Mirage mentions that he’s “not afraid of a new planet.” This is an indicator that the legends are no longer on Solace, which is where Kings Canyon is located.

As as the Crypto reveal video shows, and as was supplemented by several in-game clues such as changing banners and Crypto sightings, Crypto appears to have successfully hacked the Apex Games Arena. While it’s not entirely clear how that hack affected the arena, it likely that whatever he did made it inoperable.

At the start of Season 2, an outage at Repulsor allowed wildlife to enter the arena. The fact that someone had destroyed the tower meant animals were free to roam the area. This included beasts like flyers and leviathans.

One suggestion is that, due to the most recent hack, the Kings Canyon arena became so overrun with wildlife that it was no longer usable. This led one Redditor to speculate that Kings Canyon could return as a PvE map, as datamined game content suggests players will eventually be able to fight spiders.

Another idea relates back to the reason for the hack itself. Because the original hack gave Crypto a way to determine a character’s win odds in any game, it’s possible that the security breach required the team to move the games due to the corrupted system.

Regardless of why, the Season 3 trailer gives viewers a number of snapshots as to what they can expect to see in World’s Edge.

This appears to be the most prominent, distinguishing feature of this map. A snow zone, it’s unmissable because of the crystals protruding from a metallic structure.

Because of the shapes in which the crystals formed, it’s possible that this represents some kind of damaged water pump or a geyser that ruptured and froze upon spewing water into the air.

In the trailer, Wattson lands in a lava zone. It’s difficult to make out much beyond the fact that she’s surrounded by patches of molten lava, but one can expect to have to watch their steps in this area to avoid getting burned. The image also shows elevated dwellings, similar to those in Swamps on the Kings Canyon map.

By their nature, volcanoes explode. So, it’s also possible that a volcanic eruption may affect this area at some point down the line.

There are numerous caves on the original Kings Canyon map, including one area that’s simply called Caves. In the Season 3 trailer, a brief segment shows Crypto walking through a cavernous area. However, the technological equipment in the background suggests this is something beyond a Kings Canyon-style cave. It may have elements similar to the underground lab players found during the Wraith Town Takeover.

This scene appears to take place in a plant lab. Interestingly, none of the other map areas show lifeforms beyond the characters. With no signs of life on the planet’s natural terrain, t’s possible this lab is a clue how the landscape may develop in the future. Should it be able to produce sustainable plant life that can withstand the map’s harsh terrain, the arena may become lush as the season develops.

Though it may not technically be a beach zone, the teal-colored water and sandy-looking shores give the area an island-like feel. In the trailer, Octane launches off a bounce pad into a geyser, which pushes the character into the air. This is an indication that players will be able to traverse the map by doing the same.

While perhaps not a zone in the technical sense, it appears this new map will have a train running through it. The trailer shows numerous supply bins as Crypro traverses it in an effort to outrun Bangalore’s Ultimate Ability.

One Redditor speculated that this could be the World’s End version of the Supply Ship.

The Supply Ship is typically one of the game’s hottest Kings Canyon drop zones due to its guarantee of higher-tier loot.

There’s not a lot of information here, but this looks to be some kind of cargo bay, as evidenced by the numbered bays in the background.

This shows no distinguishing features. However, the fact that Caustic is able to walk through and trap players in the space shows that this location may feel similar to the Bunker location on the original map.

There are only a few more days until the new season begins, so players should aim to make the most of Kings Canyon before it’s time to move on to a new planet.