Where the original 80s show was bold and boundary-pushing, the first episode of the reboot feels like a safe story that pales in comparison to similar tales of romance that transcend time.

You Are Reading :‘Amazing Stories’ Review Apple TVs Reboot Doesn’t Live Up to Its Title

The anthology format is tricky to do well. For every good story that makes you want to keep watching, there may be a bad one that turns you off the entire show. When it comes to TV, you absolutely must start out with a good impression, as you are trying to entice viewers to watch week to week. Sadly, the first episode of Apply TV+’s reboot of Amazing Stories is anything but what its title suggests.

The original Amazing Stories was created by Steven Spielberg, who directed some of the episodes and wrote the stories for 18 of the 45 episodes. The show was partly inspired by the science-fiction magazine of the same name. It featured a highly impressive cast and crew with episodes starring Patrick Swayze and Kevin Costner, and directed by everyone from Clint Eastwood and Joe Dante to Martin Scorsese. What made the original show stand out was that it was a more optimistic take on the grimmer anthologies like The Twilight Zone. 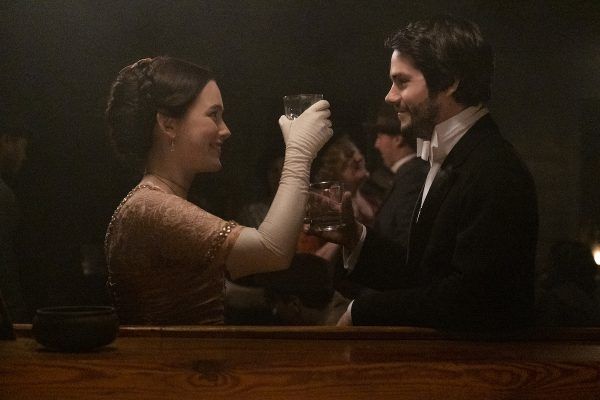 And that’s exactly where the issues with the new take begin. Even if Spielberg is back as an executive producer, it appears to be a much-reduced role compared to the first time around, with Once Upon a Time producing/writing duo Edward Kitsis and Adam Horowitz taking over the reins as showrunners. Optimism and a sense of wonder sit front-and-center in the first of five episodes of the reboot, “The Cellar,” which stars Dylan O’Brien (The Maze Runner) as Sam, a millennial who goes around in life without a clear goal; he simply helps his brother Jake (Micah Stock) fix up houses while waiting around for a new match on a dating app to distract him for a while. Of course, things change when, during a heavy storm, Sam discovers a cellar in the new house he’s repairing and accidentally finds himself transported back in time to 1919. While looking for a way back home, he meets Evelyn Porter (The Haunting on Hill House’s Victoria Pedretti), a woman who loves music but is being pushed into a marriage of convenience. As Sam starts spending time with Evelyn, the two of them bond over their desire to belong in a world free of the limitations and expectations of the early 20th century, and a romance begins.

Though at first it may feel refreshing to see an anthology show move away from the grim anti-modernism of Black Mirror, the human horrors of the new The Twilight Zone, or the pure supernatural terror of Creepshow, the first episode of Amazing Stories tries so hard to take a brighter and family-friendlier approach to the anthology format it ends up feeling like a watered-down version of better shows. It is one thing that Amazing Stories doesn’t want to dive too deeply into the many, many reasons why no one should want to voluntarily go back to the past and barely glance at the social problems of the time in favor of a basic time-travel love story; it is another thing entirely to talk down to the audience and assume they’d not notice the way the episode skips basic character development or avoids answering any questions about how the world works because they assumed the audience wouldn’t even ask those oquestions. But hey, at least the original theme song by John Williams is back, and isn’t that great? 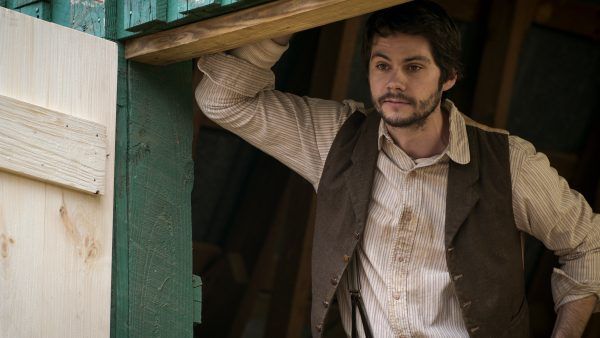 Indeed, the episode seems so obsessed with recapturing that old Amblin magic that it focuses on the wrong things, like putting old small-town America on a pedestal as the ultimate place to live in, instead of focusing on making us care about the characters. None of the principal cast gets a chance to stretch their talents, as the supporting cast only gets one or two scenes to make an impact and end up feeling more like glorified cameos. As for the two main characters, even if O’Brien and Pedretti have decent chemistry (and they’re talented actors in their own right), their romance feels forced. “The Cellar” somehow manages to drag when it needs to move along quickly, and then rushes just when we want it to breathe. The romance at the center of the story isn’t really explored until halfway through the episode, and by then it’s a race against the clock to resolve the time-traveling story as well as give a proper send-off to the characters. The result is a courtship we barely get a glimpse at, with the pacing moving so quickly in the last 20 minutes you may be forgiven for pausing to check if you somehow skipped over scenes that would have made you care about the story or the characters at all.

At the end of the day, it’s tricky to judge an entire anthology series based on a single episode, especially when the trailers hinted at more effects-heavy (and hopefully, more “amazing”) stories to come soon. But as it stands, Amazing Stories is not a good enough reason to subscribe to yet another streaming service. Where the original 80s show was bold and boundary-pushing, the first episode of the reboot feels like a safe story that pales in comparison to similar tales of romance that transcend time. 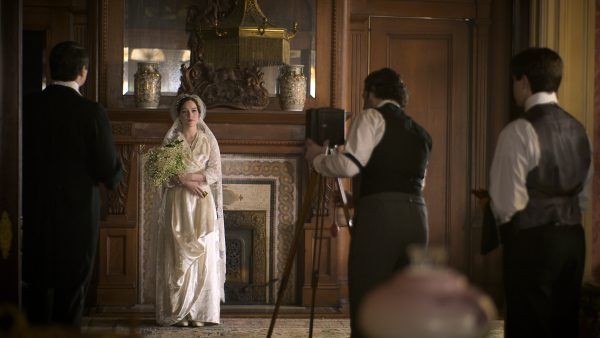 It remains to be seen whether future episodes will bring us back to the more fantastic or amazing tales that made the original popular, but as of now, this feels like a cry of anger at the current slate of grim anthology shows, and a desperately rushed attempt to return to the older, safer type of TV shows that reassured you that the past was as bright as you remembered, and that everything is alright as long as you have an old and familiar sweater you can wear again when you feel bad.

Optimism isn’t a bad thing to have on TV shows, but when that’s the only thing you’ve got going for you, living up to “amazing” seems like a reach.