We confirmed with Mihoyo that yes, the Slime balloon was a bit bigger than anticipated.

You Are Reading :A Giant Anemo Slime From Genshin Impact Got Stuck In Mihoyos Office Building 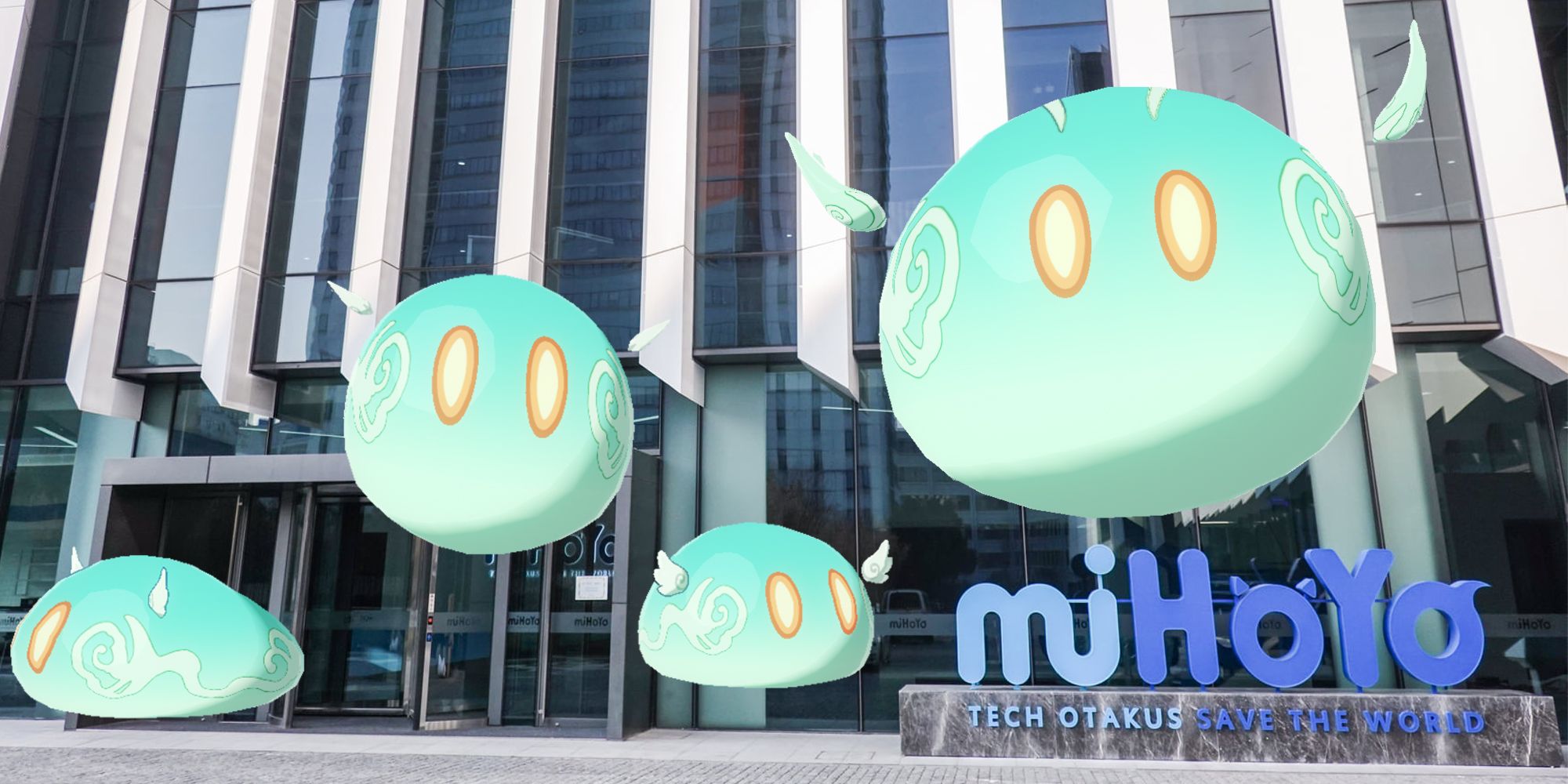 Quest: Sabotage The Slime Balloon didn’t quite go as expected for Mihoyo’s office this week. The Genshin Impact developer made arrangements for its office to display a giant Anemo Slime from the game, but it ended up being a little bigger than anticipated. Whoops.

As fans on Reddit pointed out, folks perusing by the Mihoyo headquarters in Shangai, China noticed a bit of a scene outside of the office building. Employees from the studio were busy outside of the office that day, trying to shove a giant Anemo Slime through the front door. The series of photos shared across social media show administrative staff pushing and shoving the giant balloon into the door, but it doesn’t quite fit the way they expected. Ultimately, they got the Slime through and it sits on display in the front door.

Fans speculated that perhaps the Slime became stuck, and Mihoyo employees gave up on getting it through the building so they just left it there- but that’s not the case. We pinged Mihoyo, and its team did confirm that yes, that big ole Anemo Slime is meant for the front door, it’s not still stuck there. It was only stuck when they couldn’t initially shove it through and had to call in reinforcements. So, the end result with the Anemo Slime positioned neatly in the revolving doorway was their intention.

Now the biggest question is, how will they get that thing out? Who knows, but I usually use Ganyu when I’m stuck with the daily Sabotage The Slime Balloon quest. I reckon that’s not an option for this situation.

Hilarious and adorable balloon dilemma aside, Mihoyo is still busy with other Genshin Impact updates. New rumors indicate the team may be working on cross-platform saves for the next version, so you’d finally be able to swap between PlayStation, PC, and Mobile devices.

The Genshin Impact universe is extending to the real world, too, as Mihoyo also just revealed its elegant Ningguang figure. And if you’re a Honkai Impact 3rd player, you can grab Fischl and play as Keqing from Genshin in its new crossover, Outworld Traveler.