5 Pokemon Games That Should Be Remade for Nintendo Switch

5 Pokemon Games That Should Be Remade for Nintendo Switch

After the success of Pokemon Mystery Dungeon: Rescue Team DX, what other Pokemon games should be remade for the Nintendo Switch?

You Are Reading :5 Pokemon Games That Should Be Remade for Nintendo Switch 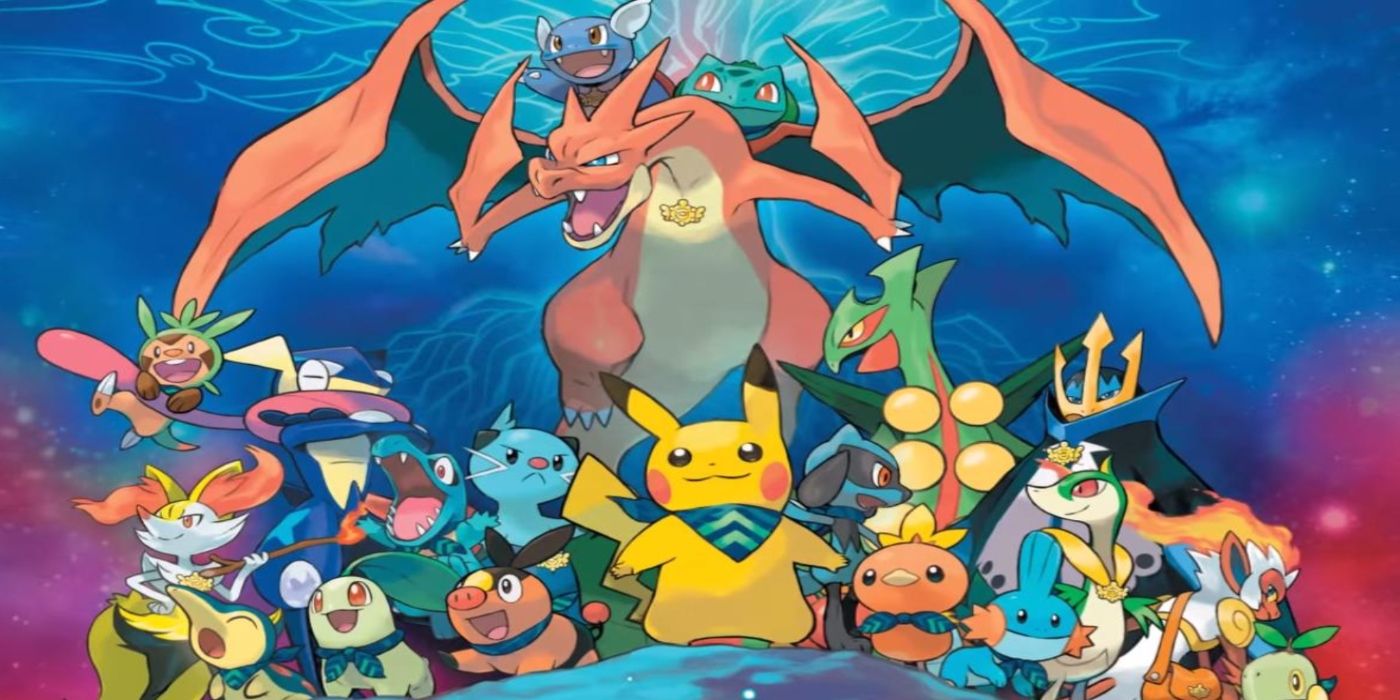 Nintendo Switch has had a pretty light lineup of games in 2020 so far, and outside of rumored Super Mario remakes, there’s not a whole lot coming down the pipeline quite yet. Of the few games that have been released alongside Animal Crossing: New Horizons, by far the biggest surprise was the release of Pokemon Mystery Dungeon: Rescue Team DX, a remake of the first game in the Pokemon Mystery Dungeon series that started on the GameBoy Advance and Nintendo DS back in 2006.

Across each of the installments, the Pokemon Mystery Dungeon series has sold upward of 15 million copies worldwide, with the original two games being the most popular Pokemon spin-off titles ever released excluding free-to-play mobile game, Pokemon Go. While sales numbers haven’t been released, after the critical successful launch of Pokemon Mystery Dungeon: Rescue Team DX, what other classic Pokemon games could Nintendo and The Pokemon Company remake for Nintendo Switch? 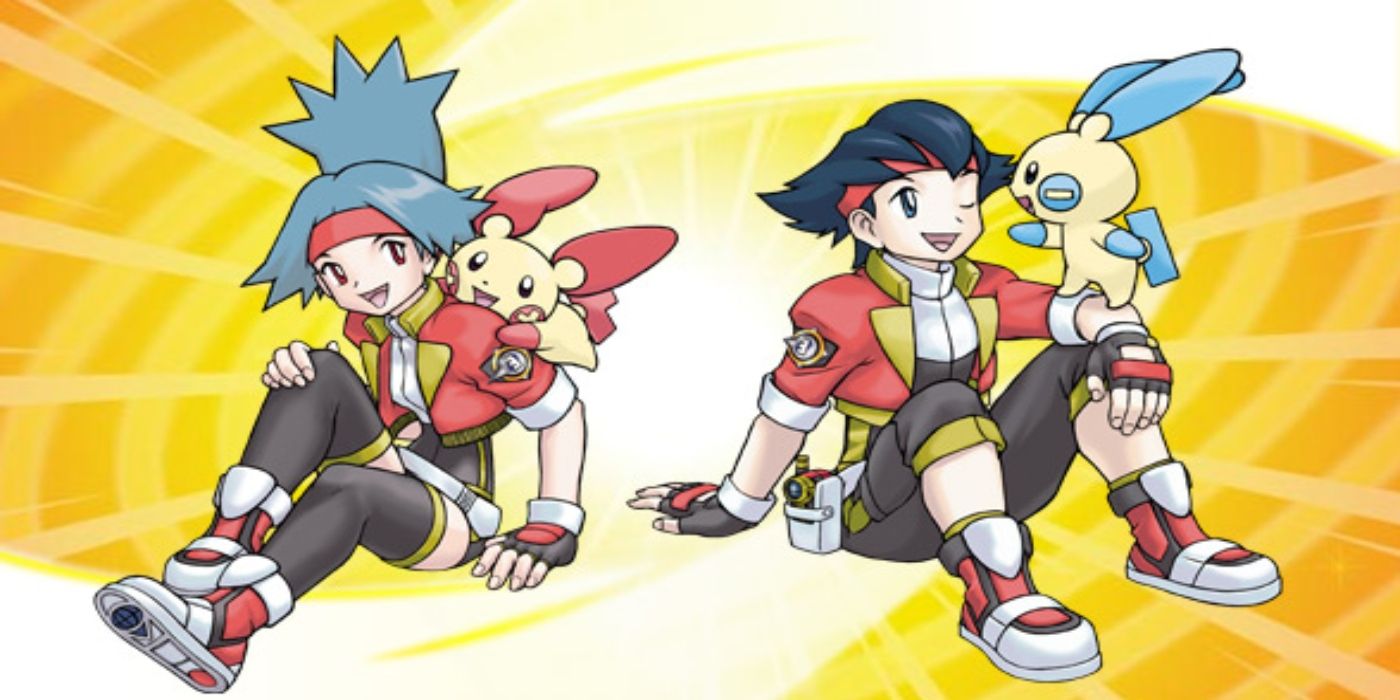 The first thing that comes to mind after the Pokemon Mystery Dungeon series is Pokemon Ranger on the Nintendo DS. Released in 2006 for Nintendo DS, Pokemon Ranger is definitely one of the more obscure spinoff games in the franchise. Set in the land of Fiore, players take on the role of a Pokemon Ranger, a cross between a park ranger and a police offer who are responsible for the protection of wild Pokemon.

With a larger goal of stopping a criminal organization called the Go-Rock Squad, the gameplay of Pokemon Ranger is what sets it apart from the mainline RPG series, requiring players to capture wild Pokemon by using the DS stylus and touchscreen to quickly draw circles around them. Selling 2.70 million copies worldwide, Pokemon Ranger was praised for its unique gameplay, receiving two sequels, Pokemon Ranger: Shadows of Almia in 2008, and Pokemon Ranger: Guardian Signs in 2010. Remaking the series could also just be one step to a complete reboot of it. 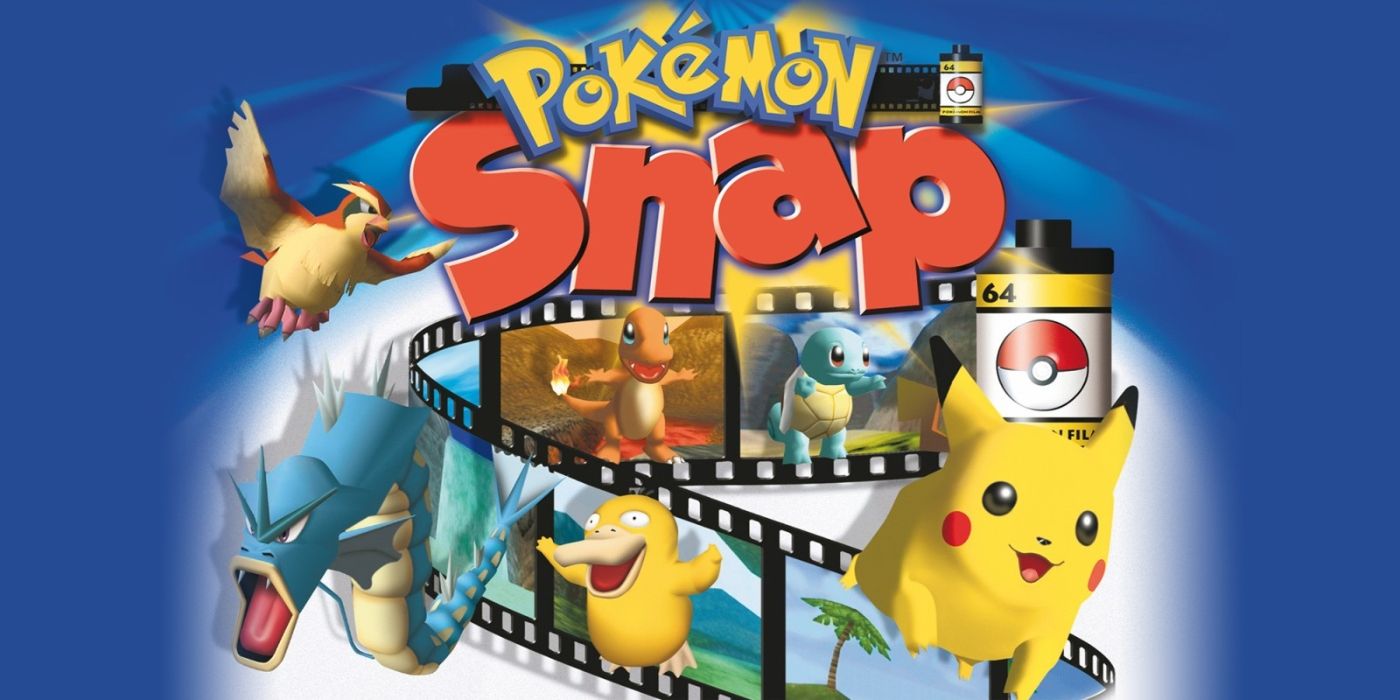 From Pokemon Pinball to Pokemon Trozei!, the Pokemon franchise has tried its hand in a lot of strange places over the years that don’t always pay off, yet one of the most beloved spinoffs by far is Pokemon Snap. Released on Nintendo 64, Pokemon Snap is an on-rails first-person shooter, only instead of using guns, the objective is for players to take the best photo they can of wild Pokemon living on Pokemon Island. Fans have been yearning for a Pokemon Snap remake or sequel for years, right up there with just about any other game in the series, and it’s about time it happens. 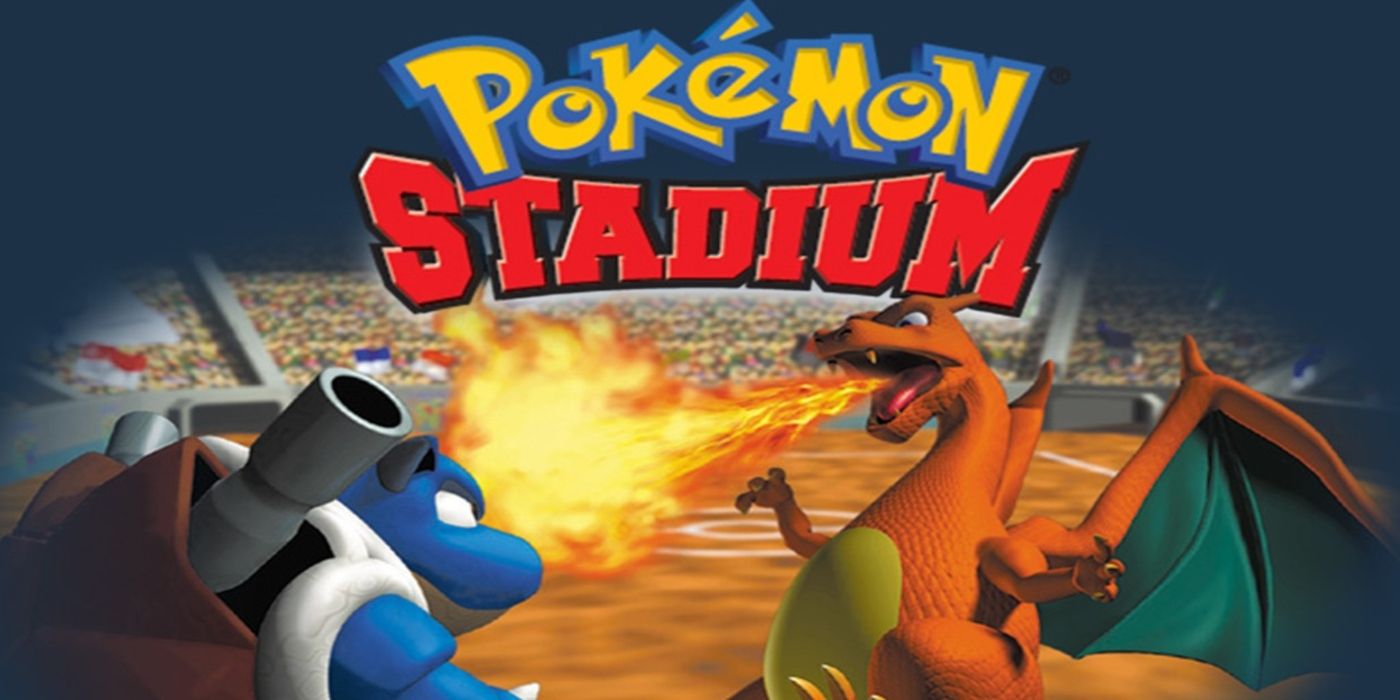 Another popular game on the Nintendo 64 that needs the remake treatment is Pokemon Stadium. Where Pokken Tournament brought the Pokemon franchise to the fighting game genre, Pokemon Stadium took the battles gameplay from the mainline RPG series and brought it to life in 3D for the first time. Pokemon could be selected from the original 151 and used to battle against all eight Kanto gym leaders and the Elite Four.

Pokemon Stadium also became immensely popular for its series of mini-games such as Clefairy Says! and Sushi-Go-Round, as well as the ability to play Pokemon Red, Blue, and Yellow on a TV for the first time through built-in emulation. Ideally, a brand new Pokemon Stadium game with every generation of Pokemon and a story mode would be the best outcome. That said, the most likely scenario is a remake of the original game on Nintendo Switch if the graphics are anywhere near as good as Pokken Tournament or Super Smash Bros. Ultimate. 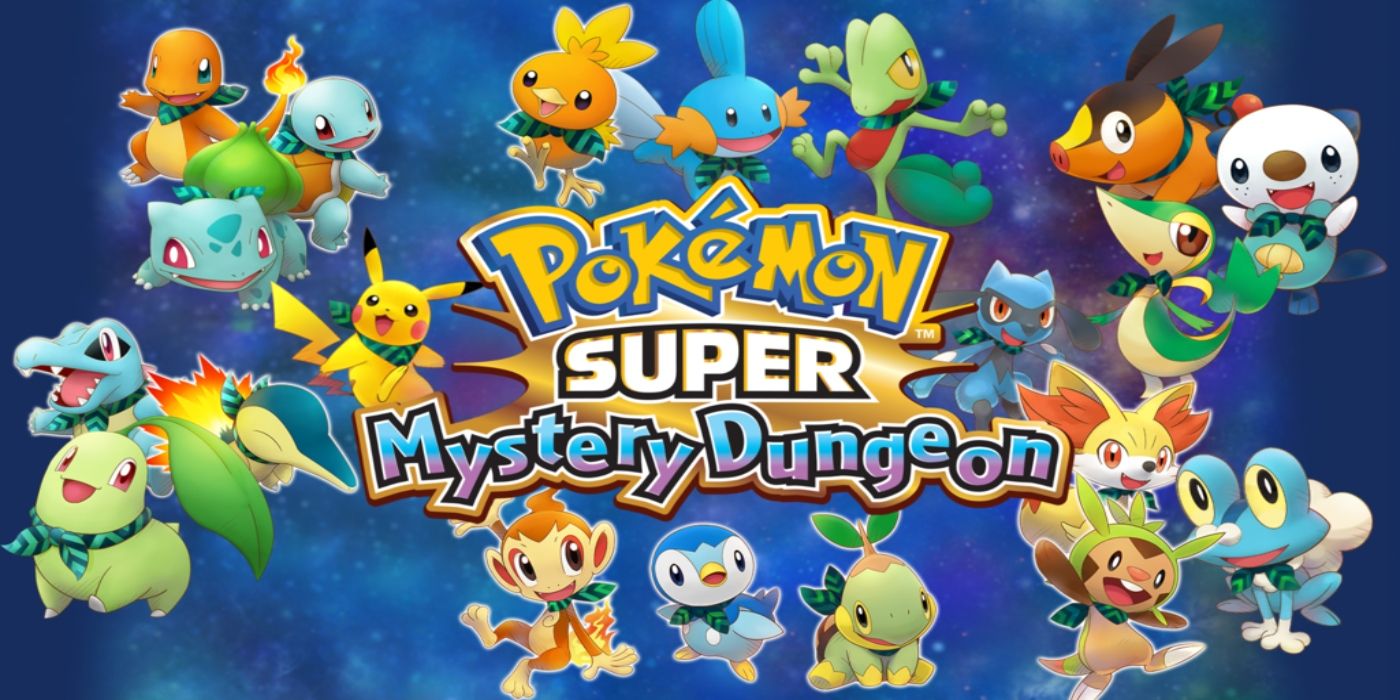 Pokemon Super Mystery Dungeon core dungeon-crawling gameplay is almost identical to previous games in the series; however, developer Spike Chunsoft made a number of minor changes to improve the overall experience from a more compelling story to the inclusion of all 720 Pokemon. If sales numbers for Pokemon Mystery Dungeon: Rescue Team DX were decent enough, there will hopefully be more in the future, and building up to Super is definitely a good way to go. 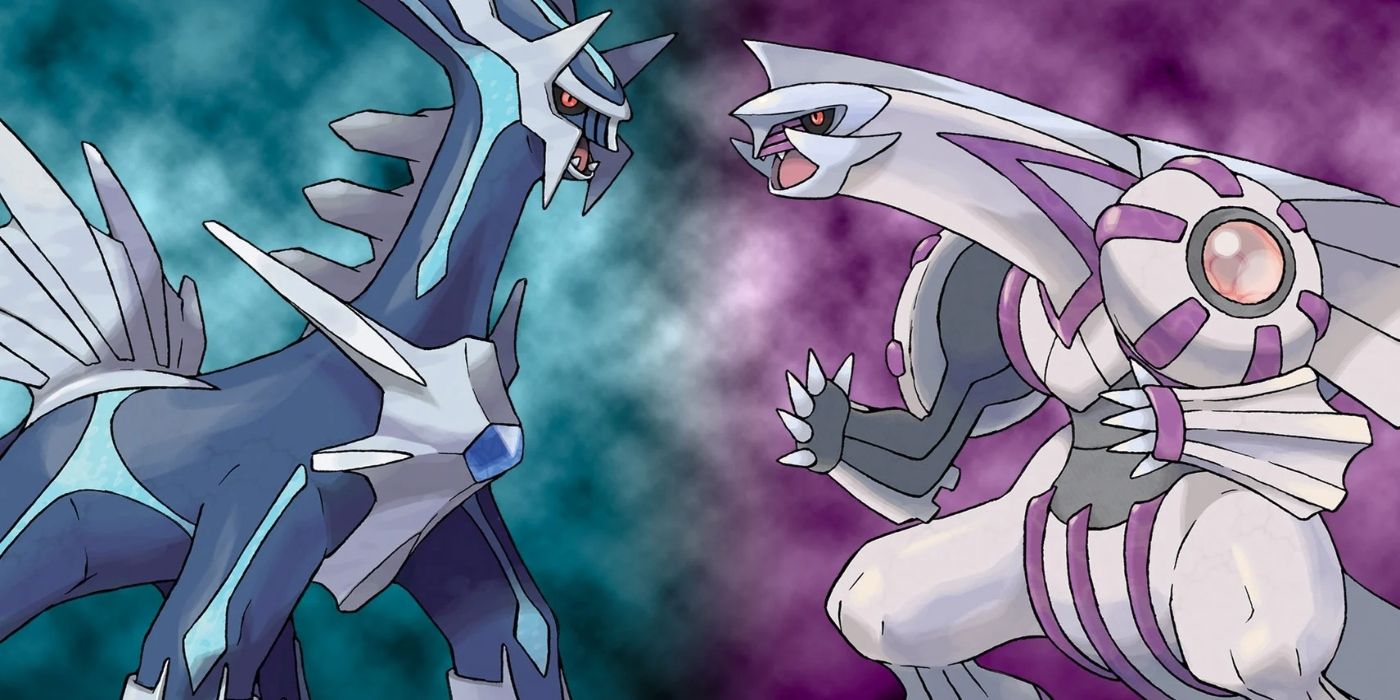 Nintendo and The Pokemon Company have been remaking each generation of Pokemon games since 2004’s Pokemon FireRed and LeafGreen, with the fourth generation, Pokemon Diamond and Pearl being next in line. Pokemon Diamond and Pearl released on the Nintendo DS in 2006, set in a new region called Sinnoh, and introducing a number of new features including 107 new Pokemon, an expanded day-night cycle, Nintendo Wi-Fi Connection for trading and battling, the Poketch Watch App, the Underground, and revamped Pokemon Contests.

While the gameplay formula hadn’t changed a whole lot from its predecessors, Pokemon Diamond and Pearl and subsequently the 2008 sequel Pokemon Platinum proved incredibly popular to the right crowds. Sitting as the third highest-selling generation of Pokemon games, Pokemon Diamond and Pearl are brilliant games, and it’s the fourth generation’s turn to get the remake treatment.

Pokemon Sword and Shield is due to receive two major expansions in 2020, a first for the franchise, assuming development doesn’t get delayed by COVID-19. The first expansion, The Isle of Armor is scheduled to release by the end of June, while the second, The Crown Tundra will be released in the Fall. Beyond that, Nintendo and The Pokemon Company haven’t given any indication about where the future of the franchise is headed. While fans eagerly await the next mainline extry, exploring an old classic and bringing it forward for a new generation could do wonders. After all, it has worked pretty well for the Nintendo Switch so far.