Getting a lot of money in Red Dead Redemption 2 doesn’t have to be a chore. These are some easy ways to accumulate wealth in the old west!

You Are Reading :10 Ways To Earn Money Fast In Red Dead Redemption 2 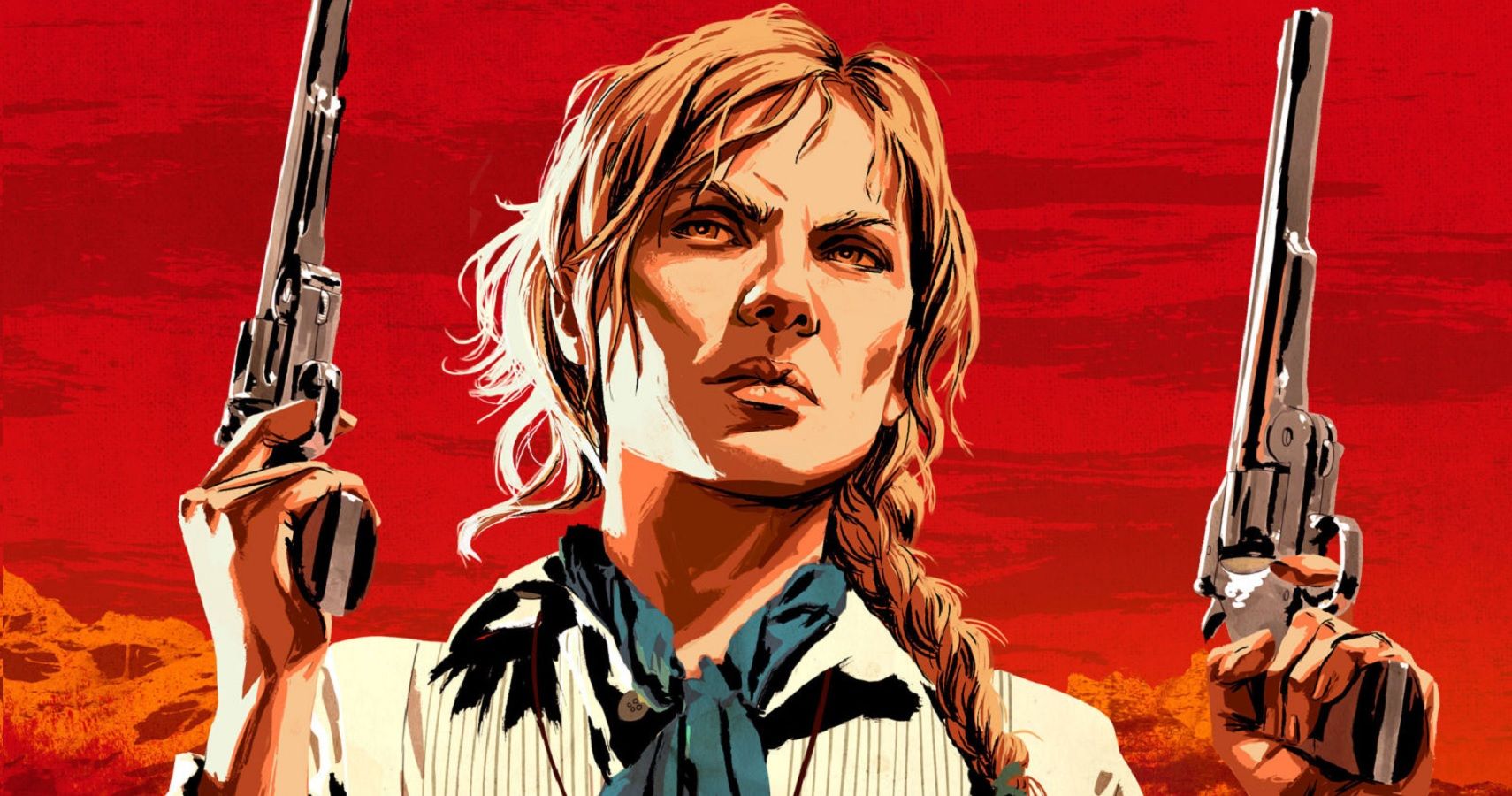 Earning money in Red Dead Redemption 2 doesn’t have to be tiresome. With the right strategies, one can accumulate hundreds of thousands of dollars, and bring themselves closer to 100% game completion while doing so. Although this guide is for the single-player adventure, many of these money making strategies can be used in Red Dead Online.

These strategies will earn you money and in turn, open up opportunities. Who said that crime doesn’t pay? It doesn’t matter if you’re as greedy as Dutch or as sentimental as Arthur. These are 10 ways to earn money fast in Red Dead Redemption 2. 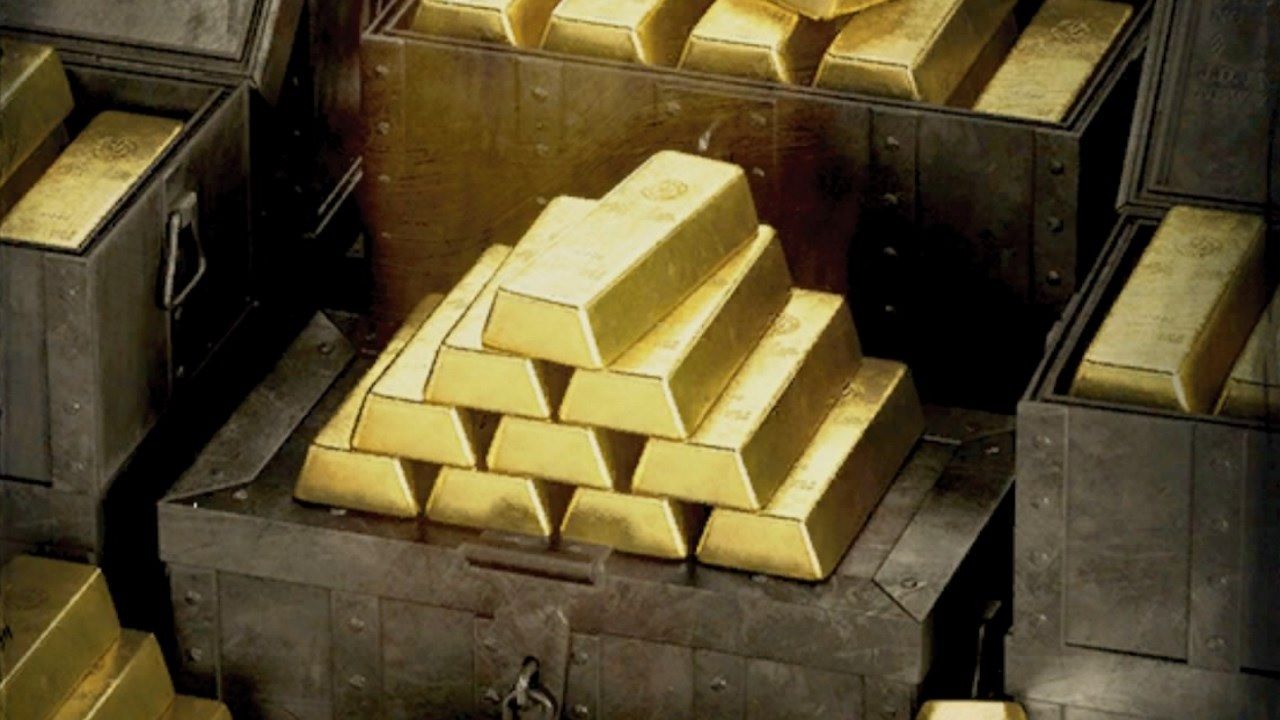 As reported by polygon.com, “If you want even more money, there’s a way you can end up with more money than you could spend.” There is a glitch that allows you to get infinite gold bars, giving you all the riches you deserve. The glitch can be broken down into seven steps that are worth the effort to go from rags to riches quickly. 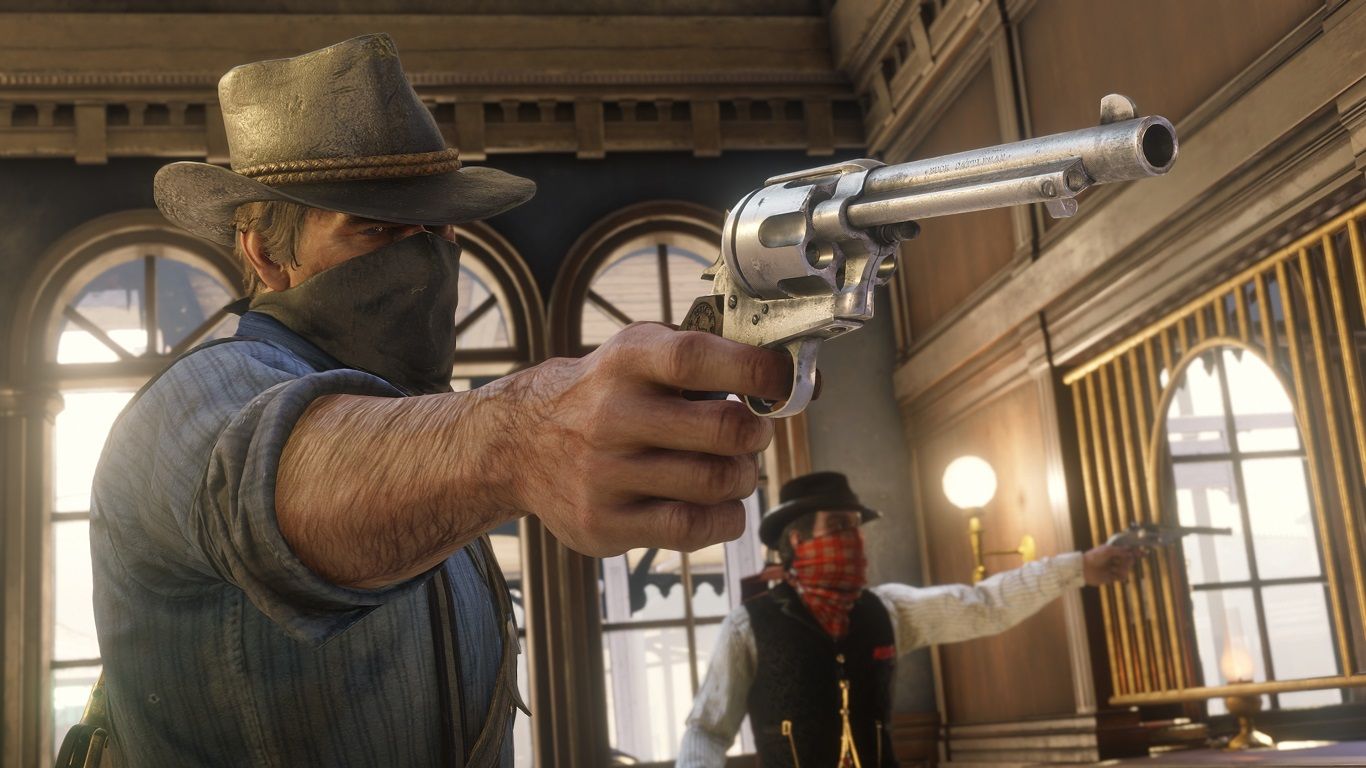 We can’t ignore the fact that crime is a significant part of Red Dead Redemption 2. Whether it is robbing trains or breaking and entering into houses, Arthur Morgan is heavily involved in crime. One can rob the various stagecoaches in locations such as Strawberry and Rhodes, as well as rob ranches and other homes found in RDR2’s vast landscape.

There are at least thirteen robbery locations in Red Dead Redemption 2. As detailed by segmentnext.com, “Some of these may need you to complete your story up to a certain point.” 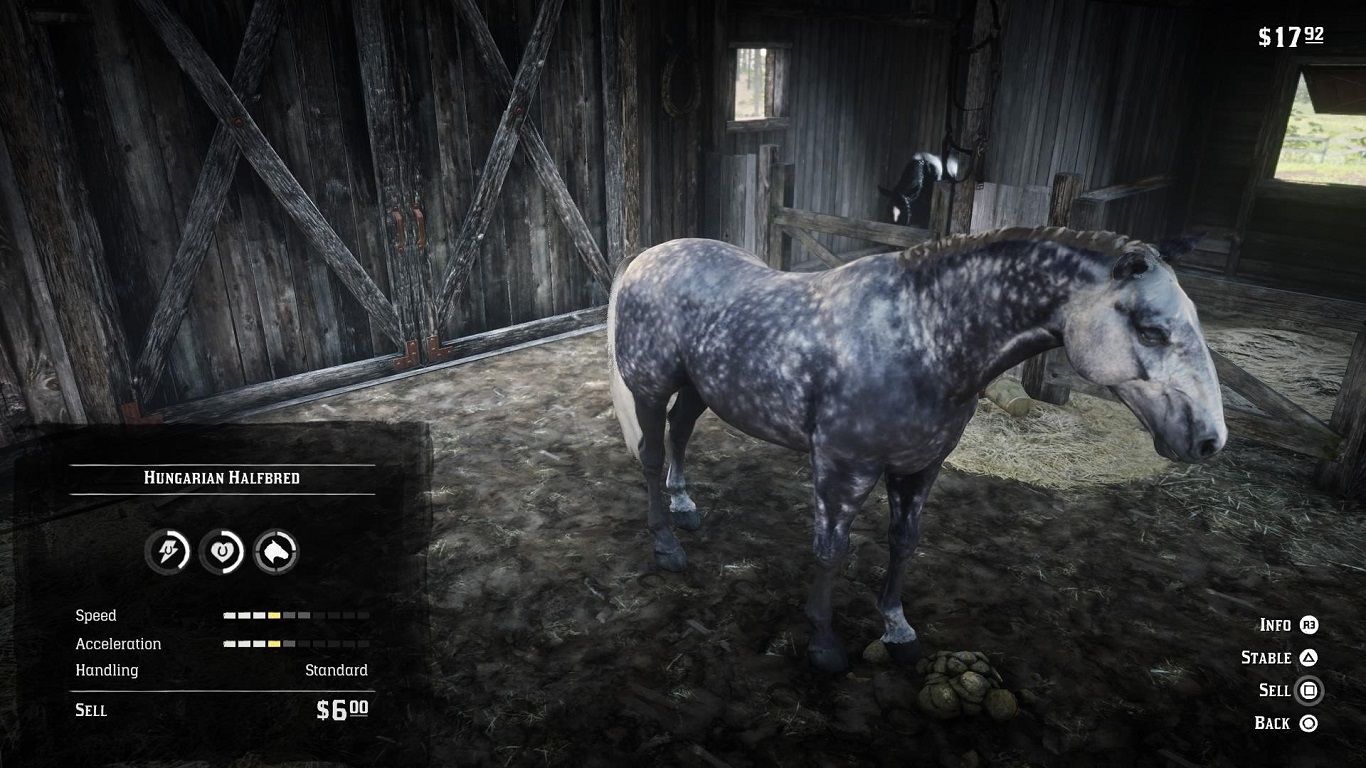 Horses serve more of a purpose than transportation in the game of Red Dead Redemption 2 since they can be used to obtain money. Due to inflation, or a lack thereof, the prices for buying items are dirt cheap. Selling horses for $6 could buy a cigar, ground coffee, a chocolate bar, and crackers with money left over.

Also, collecting horses is an excellent way to earn an honest living. Horses spawn all over Red Dead Redemption 2’s map, so it shouldn’t be a hassle. 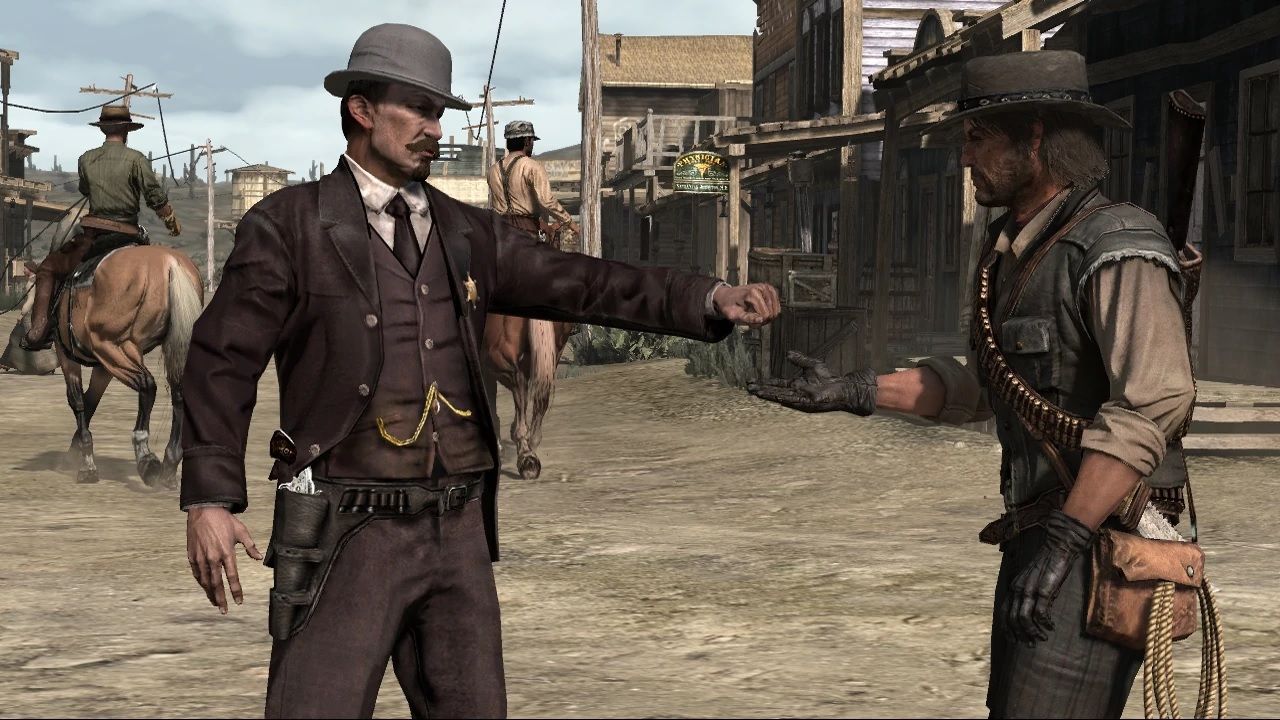 Bounties can be collected by picking up a Wanted poster at a Post Office or Sheriff Station. You will either need to hogtie your target and bring them back to the Sheriff Station or in some cases, shoot them dead. 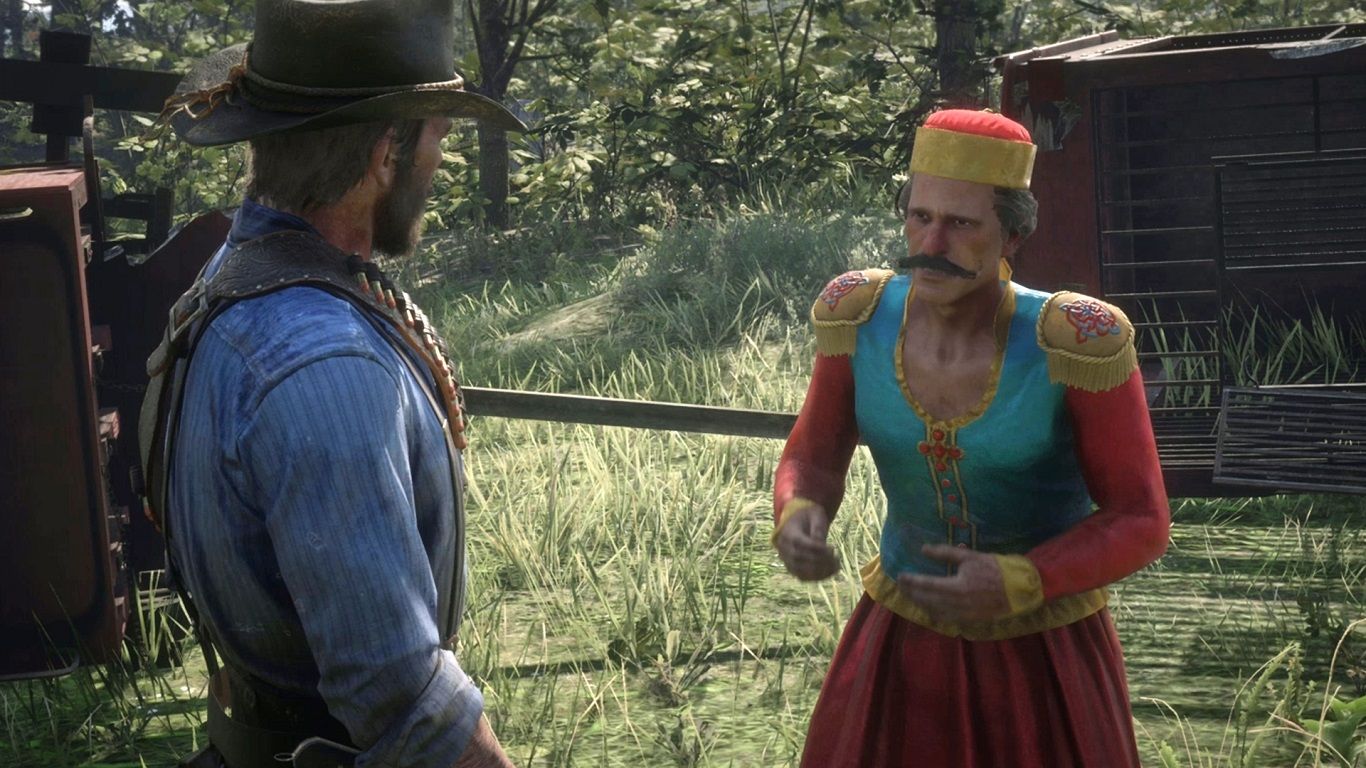 Not only are the side missions of RDR2 highly enjoyable, but they also are an effective way to earn cold, hard cash. Side missions in RDR2 are referred to as “Stranger missions” and “Companions Side Missions.” There are at least 29 fantastic side quests in Red Dead Redemption 2, and they are worth exploring for the sake of earning money.

It’s a nice change from doing bounties and robbing homes, which can get repetitive after a while. Plus, to reach 100% completion, you’ll have to complete all of RDR2’s side missions. 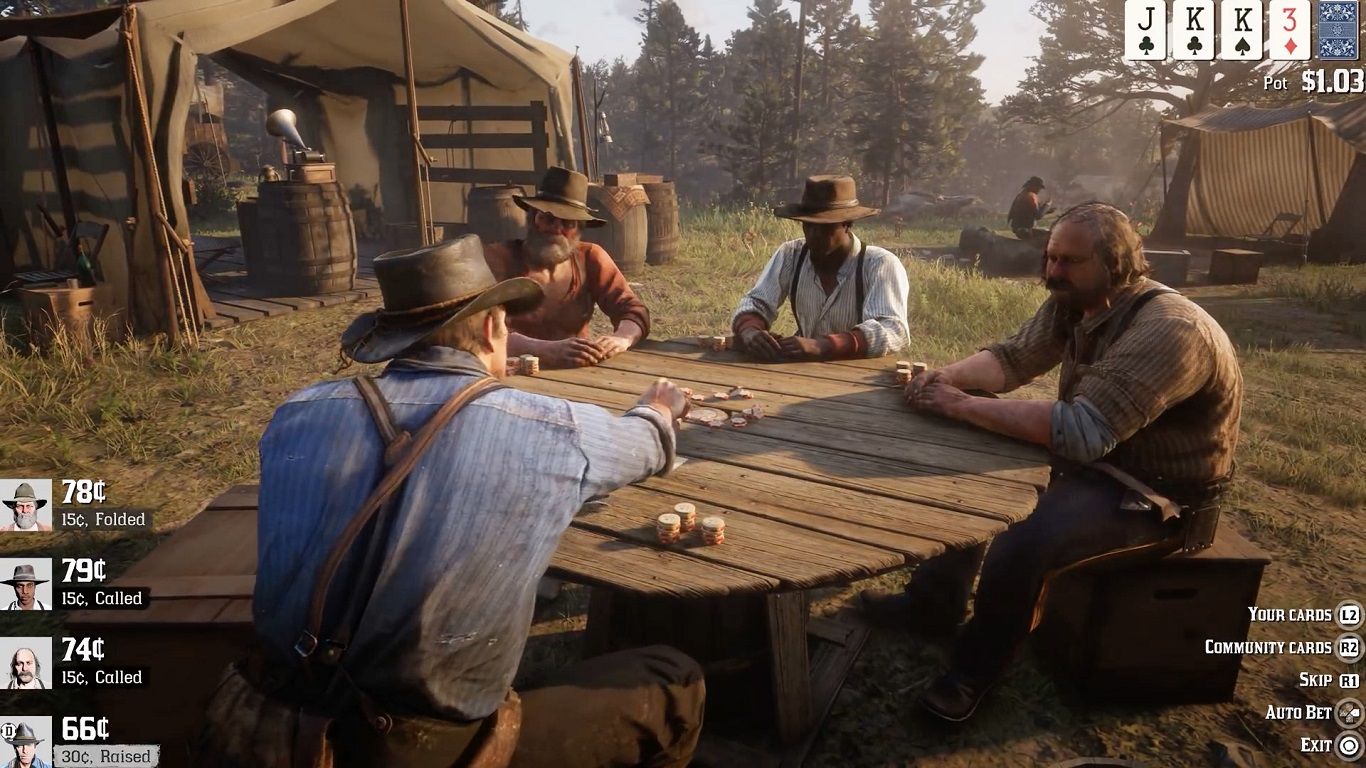 This one seems easy enough, but it may be the hardest thing you’ll do in Red Dead Redemption 2. Gambling to win money has high risk and an even higher payoff. Playing games like poker, blackjack, five finger fillet, and dominoes can win you a tremendous amount of cash if you’re skilled at the games.

In addition to earning money, you’ll be able to complete the Gambler Challenges which are not part of gaining 100% completion, but they are worth the time for the personal achievement. 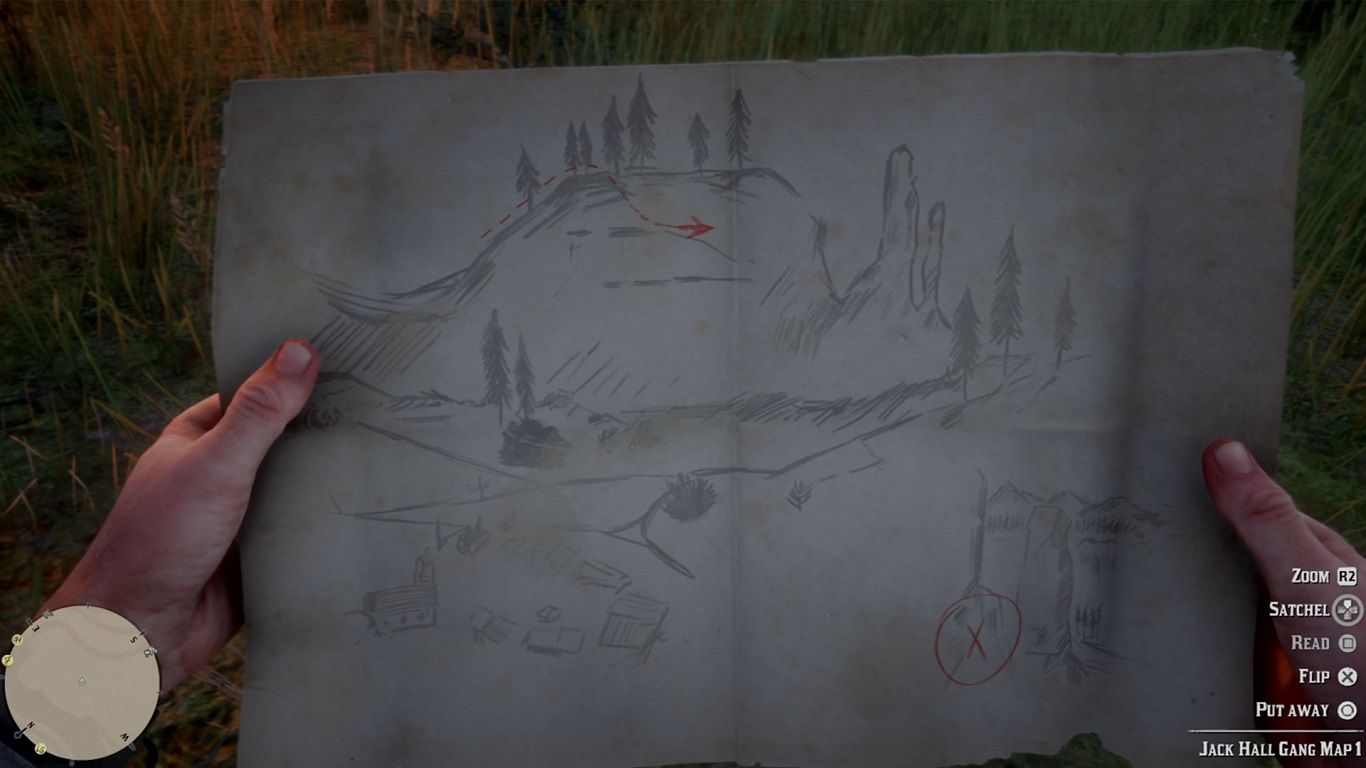 If you’re not in the mood to do long, tedious missions, one option is to use treasure maps to find a hidden treasure. According to IGN, “There are currently 11 treasure stashes to find throughout the game.”

Some are easier to find than others, but using the right guide will make finding a treasure more straightforward. In addition to finding the treasure, players should obtain the treasure maps to make searching for it more manageable. Besides, the treasure won’t appear until you have the corresponding treasure map.

See also  10 Games To Play That Are Like Fortnite 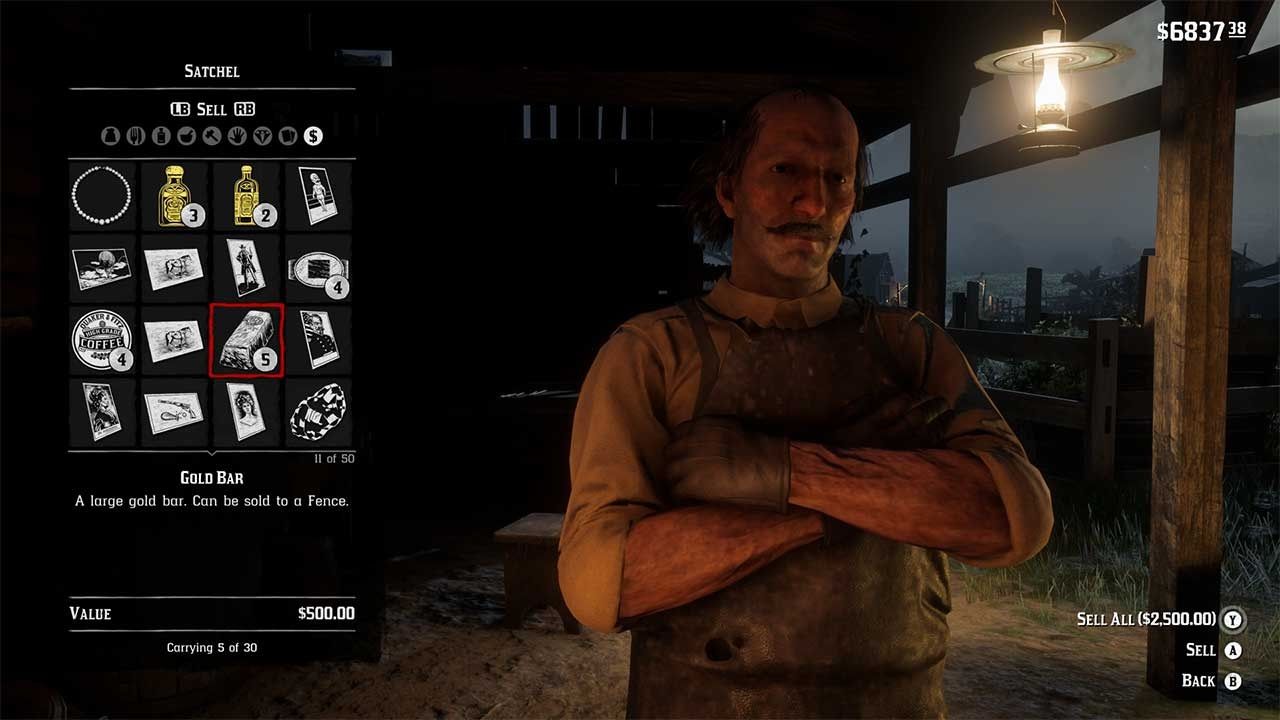 Selling various items in Red Dead Redemption 2 can earn players a significant amount of coin. Clean out that inventory and jump on the opportunity to rid your satchel of junk and precious items.

Valuables like pearl necklaces and silver can be sold for a pretty penny. Pick up things that you find in houses and sell them at your nearest vendor. 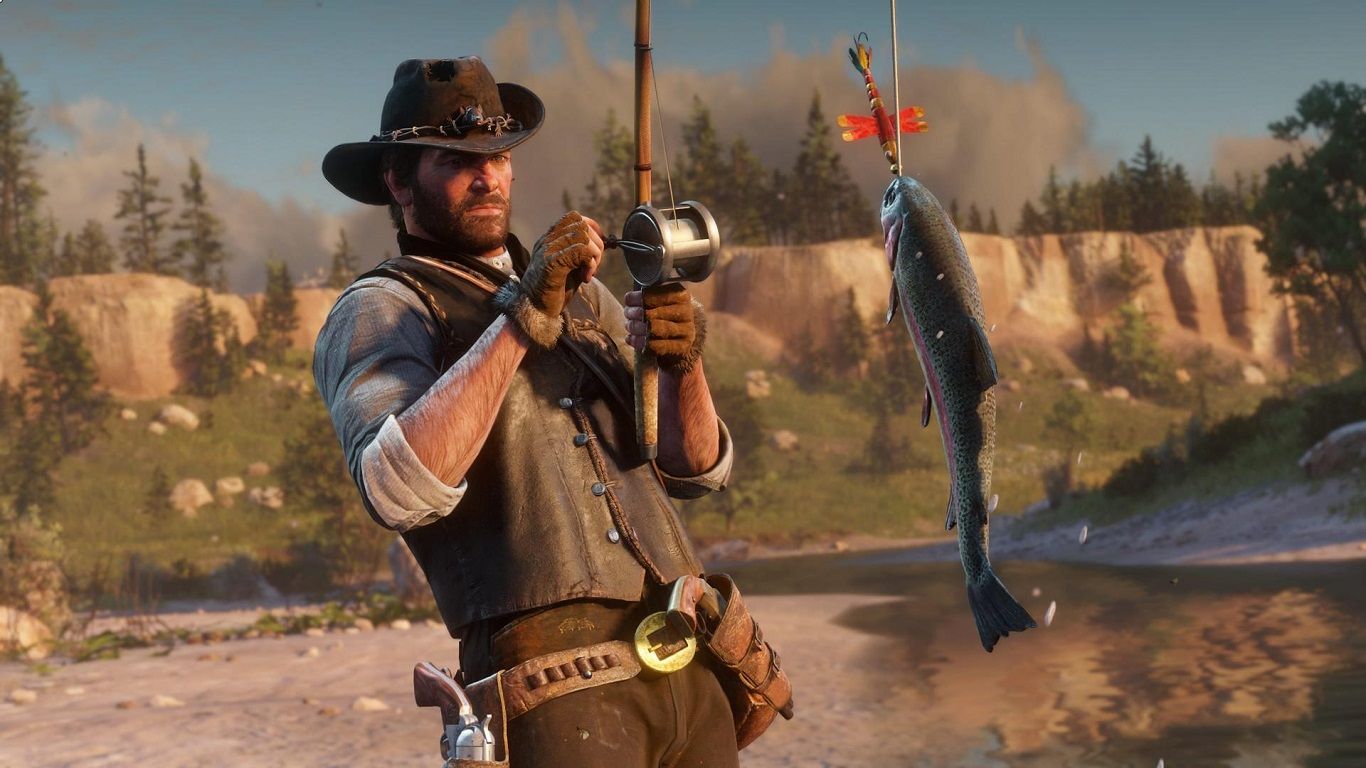 If you’re looking for a laidback way to earn some needed dough, consider fishing as an option. Reeling in the right catch could wind up making you rich. Legendary fish are the highest valued fish in the game, so be sure to look for their locations on the map. Fishing requires you to be past the fishing mission in Red Dead Redemption 2.

Players will also have to purchase lures from a shop in the game. One can go to the same locations over and over, and fish to sell for money. It’s not the most efficient way to earn money, but it might be the most relaxing. 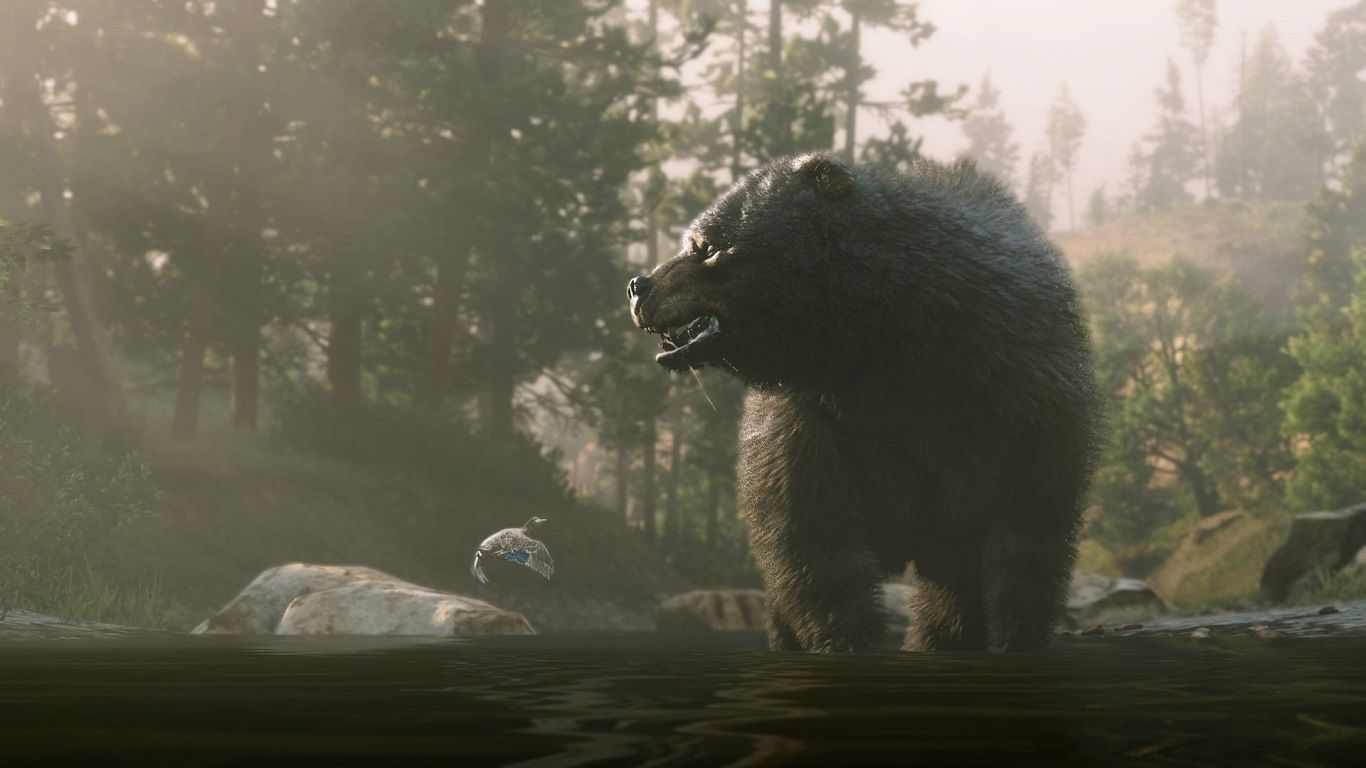 Various legendary animals can be found throughout Red Dead Redemption 2, and not only can their pelts and body parts be used for trading at the trapper, but the articles can also be sold for a significant amount of money.

Hunting might not be the most ideal way to earn cash, and that’s okay. Red Dead Redemption 2 has a plethora of ways to earn some money that doesn’t involve the desensitized killing of animals. Refer to your map to find the whereabouts of legendary animals in RDR2.