10 Video Game Villains Who Were Kind Of Right

10 Video Game Villains Who Were Kind Of Right

Not every video game villain is black and white – these guys may have been on the side of good all along.

You Are Reading :10 Video Game Villains Who Were Kind Of Right 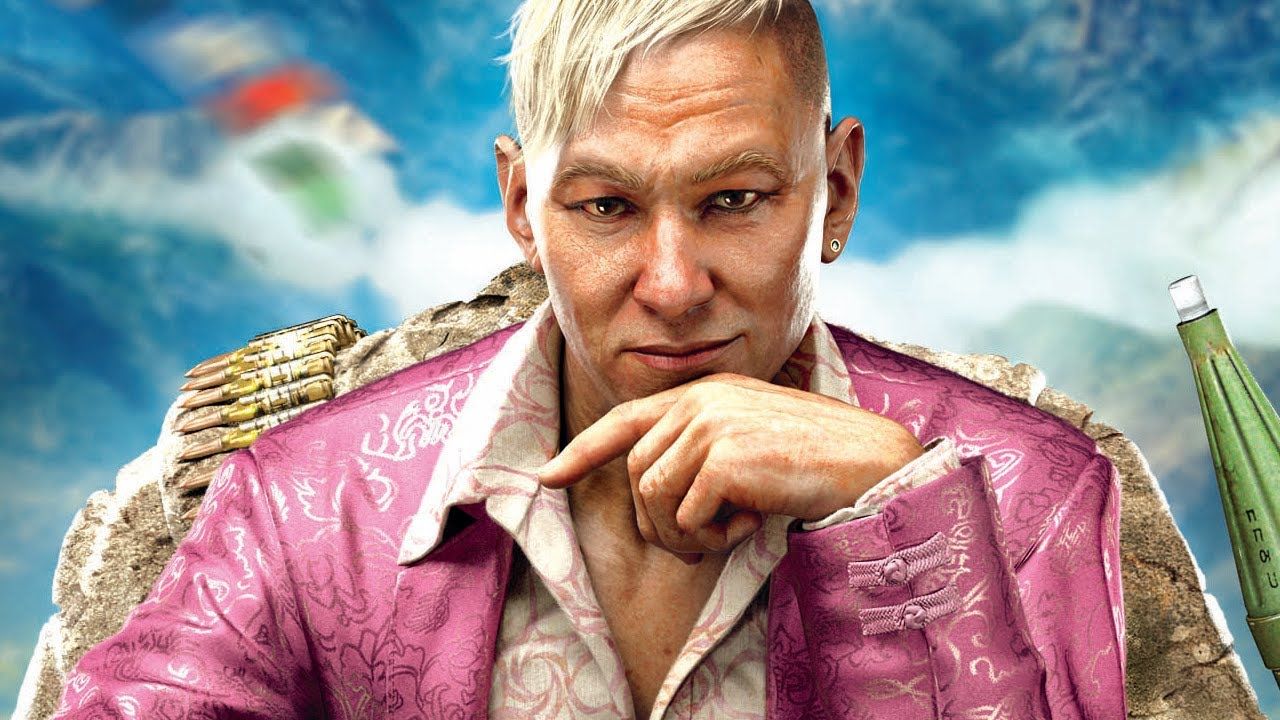 In plenty of video games, the forces of good and evil are clearly divided and what the hero does is just while what the villain does is unjust. Or is it? Things in real life are often not that black and white, and the same is true in video games. Sometimes, even the most despicable villain makes a pretty good point, even if the end doesn’t always justify the means. Just as a warning, every entry has spoilers to the game or series it’s apart of, so proceed with caution. Here are the 10 Video Games Villians Who Were Kind of Right. 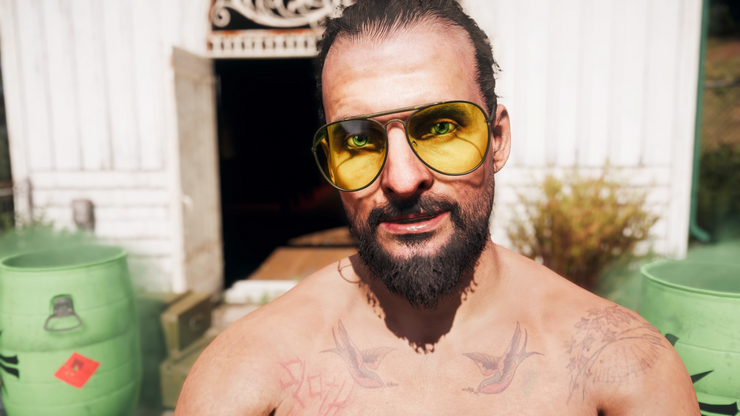 Joseph Seed is a megalomaniac cult leader and main villain in Far Cry 5. Throughout the game, players work with a resistance group to take down Joseph and his followers, liberating Hope County. At the beginning of the game, Joseph had talked about an apocalypse and had even warned that the player’s actions against him would “break the seals” and herald the apocalypse. And… he wasn’t wrong, as with the Resist ending, once Joseph is defeated several nuclear bombs go off pushing Hope Country into the post-apocalyptic world shown in Far Cry New Dawn. 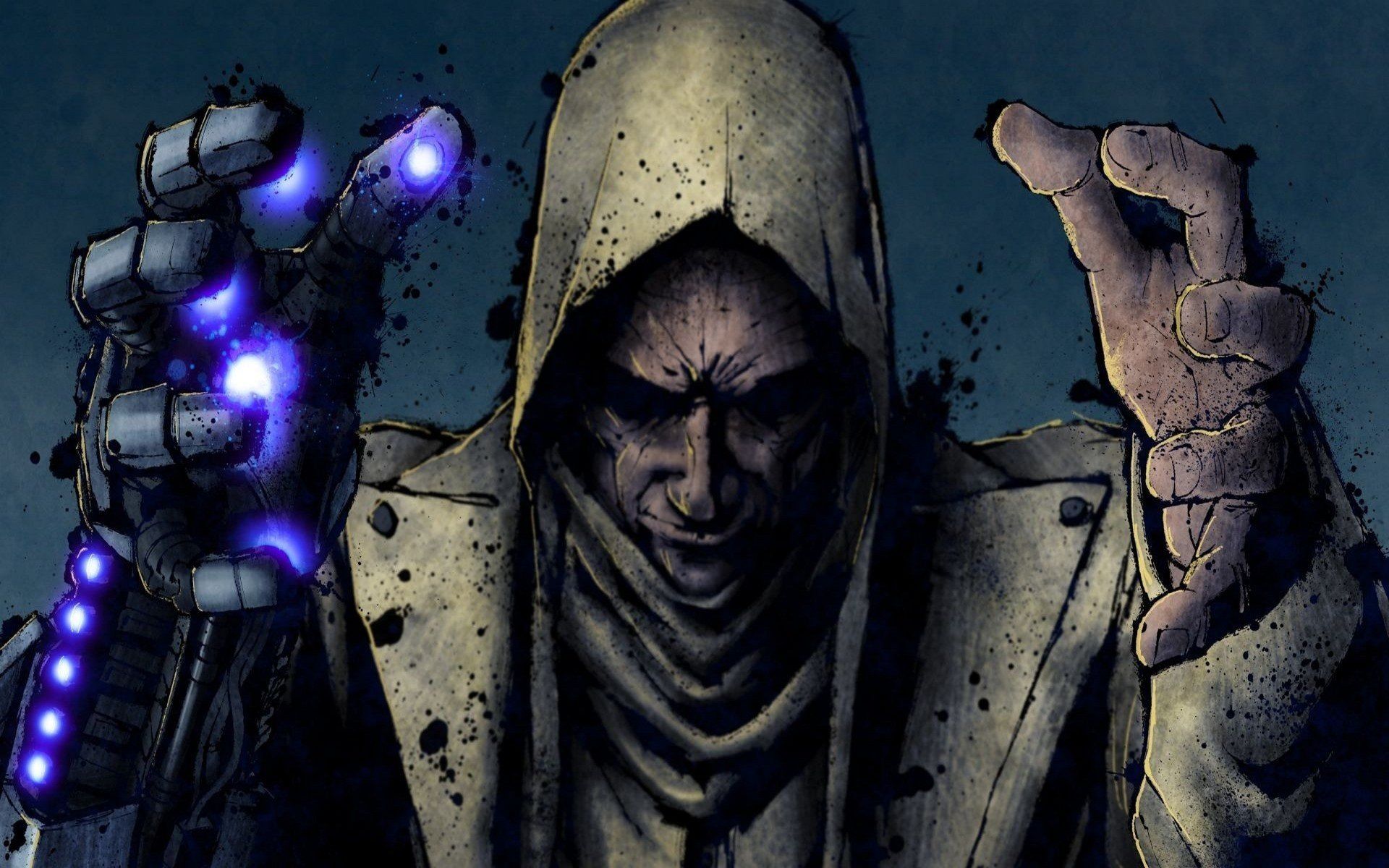 The main villain in the game Infamous is Kessler, a powerful Conduit with a number of abilities, including the ability to manipulate electricity. Kessler is the cause for the main character, Cole MacGrath’s, powers and the havoc that plagues Empire City. Eventually, it’s revealed that Kessler is a future version of Cole. In Kessler’s timeline, he didn’t stop a powerful Conduit known as the Beast, who caused mass destruction to the world. Kessler went back in time to force his past self to fight the Beast and not make the same mistakes he had. 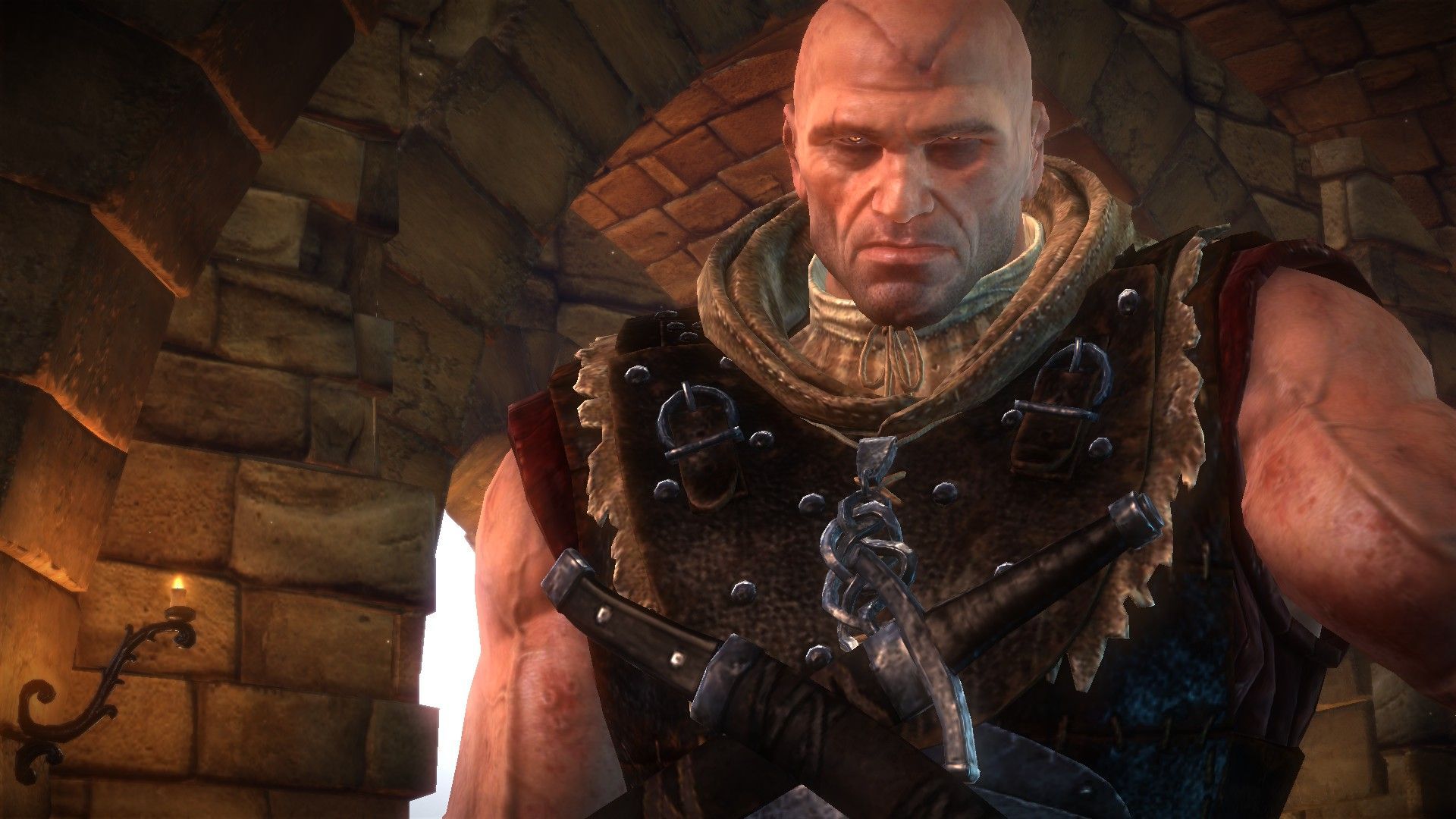 The Witcher 2 follows Geralt as he tries to track down a witcher named Letho to clear his name after being accused of assassinating the King of Temeria. Throughout most of the game, Letho is considered to be the main bad guy, until the player learns more about Letho.

Given an option he couldn’t refuse, Letho is told to assassinate a few of the kings in the Northen Realms in exchange for the revival of the School of the Viper, by Emperor Emhyr himself. He also takes care of Yennifer after Geralt gives himself to the Wild Hunt. 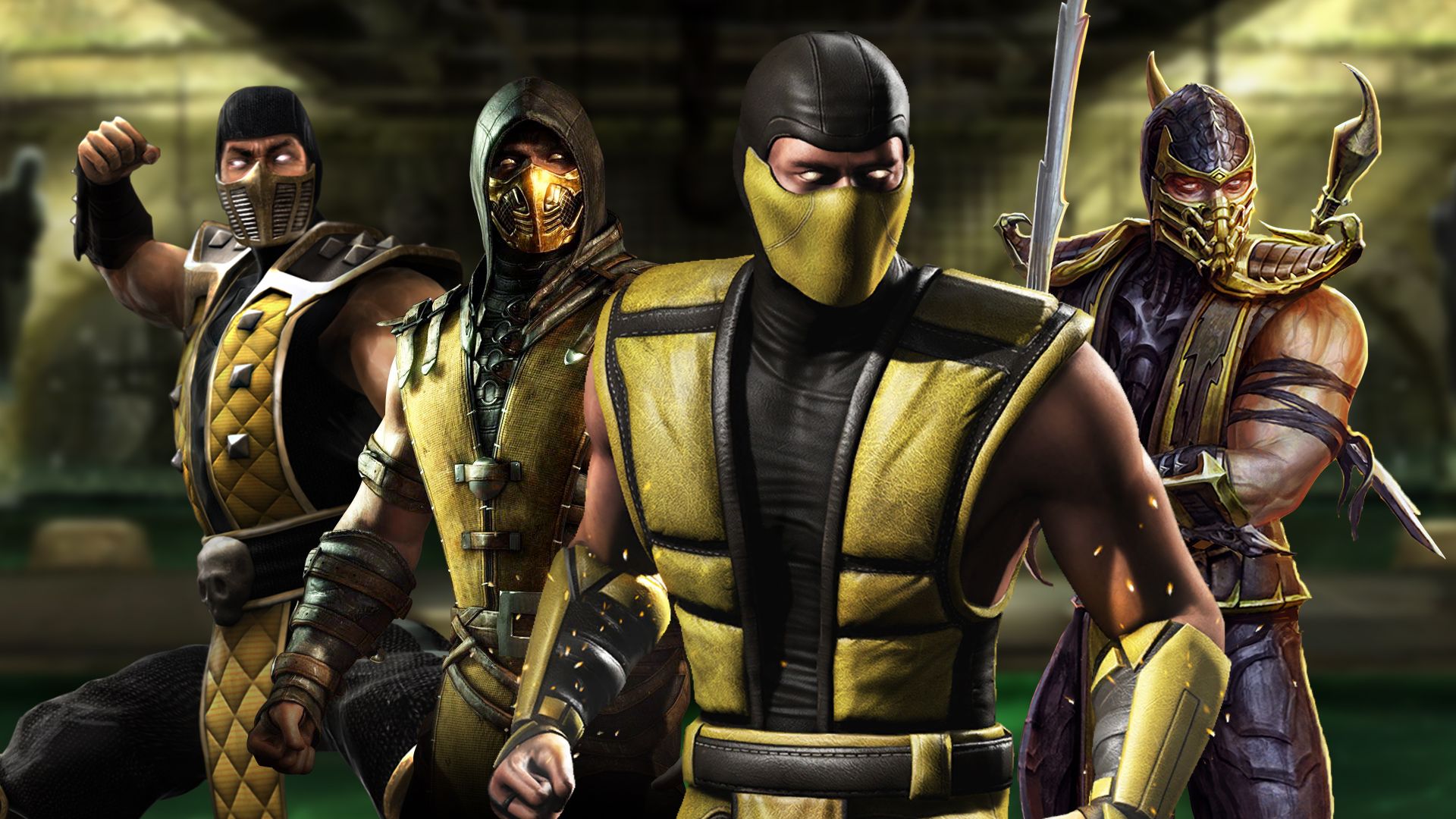 Scorpion was one of Shao Khan’s most sinister minions and a sub-boss in many Mortal Kombat games. A literal hell-spawn bent on vengeance against the one who destroyed his family, he becomes the puppet of both Shao Khan and Quan Chi so he could kill Sub-Zero, who killed him.

But Scorpion actually turns out to be a fairly decent guy, outside of his quest for revenge, as he ultimately joins the forces of good. He even spares the original Sub-Zero’s younger brother, Kuai Liang, in the second tournament, vowing to protect him. 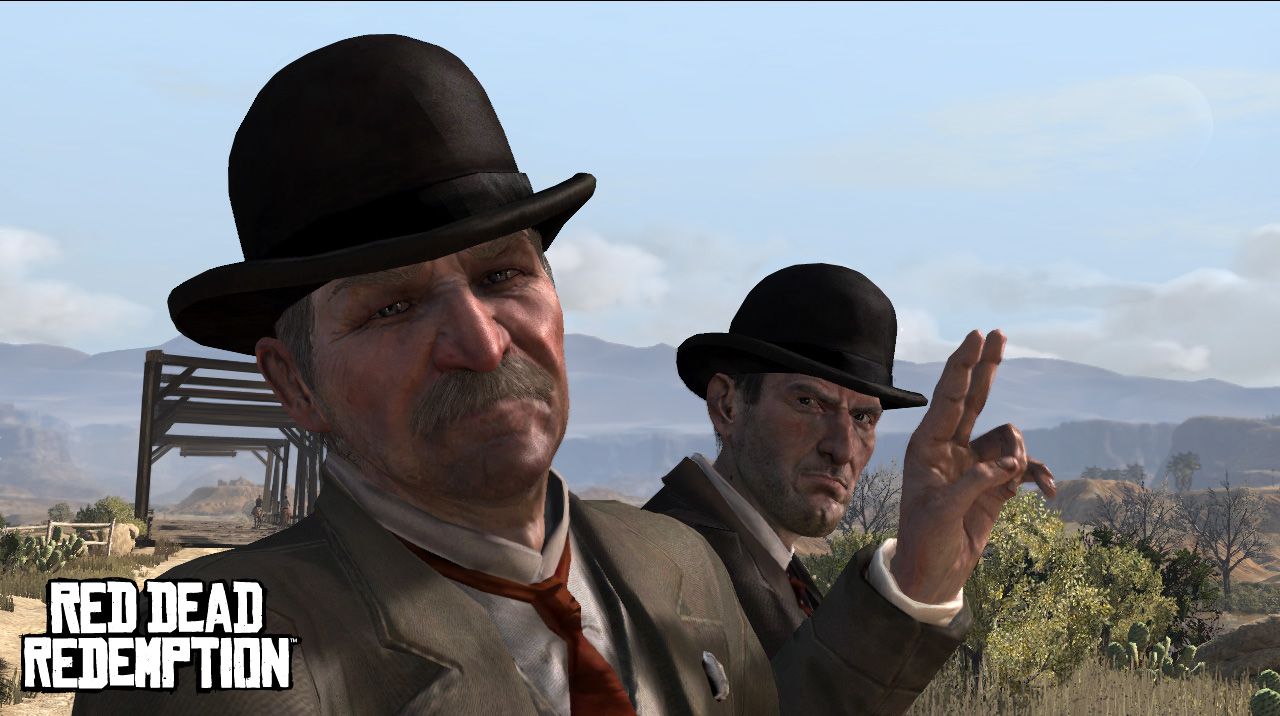 Moral ambiguity is the name of the game in Red Dead Redemption, but since the player takes on the role of former outlaw John Marston, Agent Edgar Ross definitely comes off as the bad guy. Ross kidnaps Marston’s family and forces him to hunt down the members of his old gang. He even backstabs Marston and kills him later in the game. As awful as all of this sounds, Ross didn’t do this to an innocent man. As an outlaw John Marston set himself up to be pursued by lawmen like Edgar Ross. 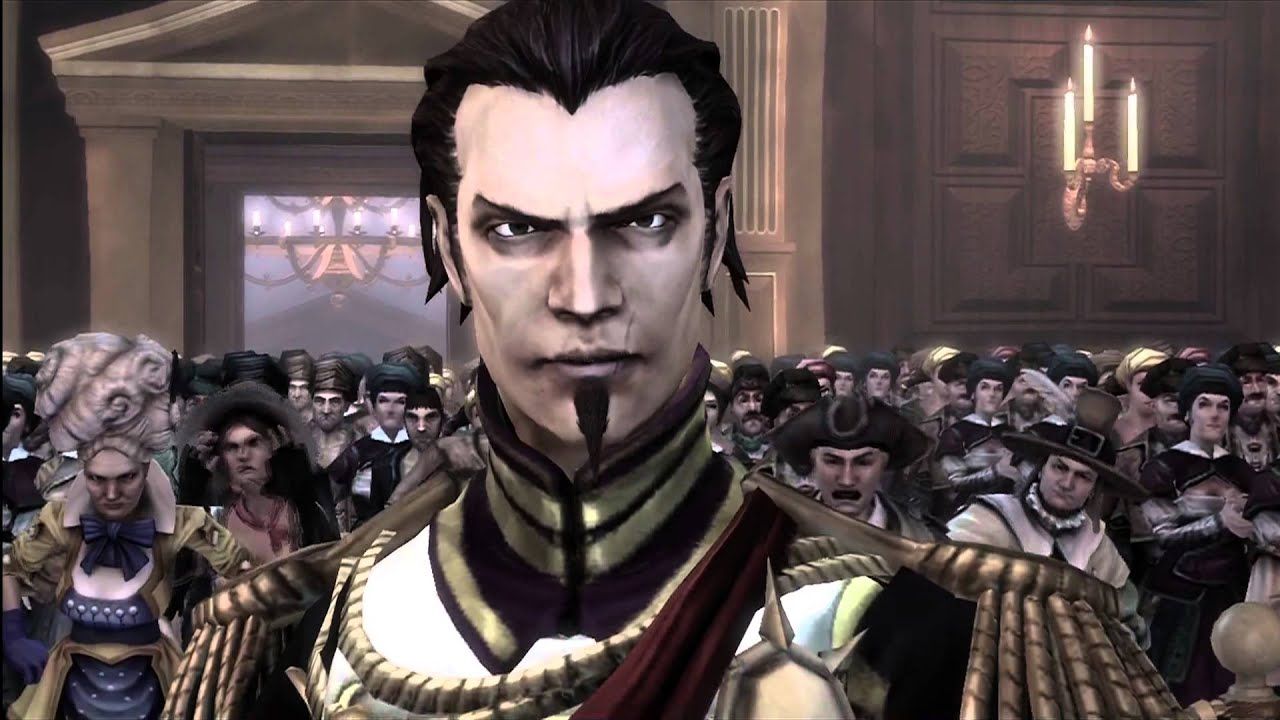 Fable III takes place after the events of Fable II and follows the sons of the player’s character. The oldest of the two sons, Logan, is king and has a tyrannical rule overrun with corruption, slavery and high taxes. Players take on the role of the younger brother and lead a coup against Logan to take over the throne. Eventually, the player learns that Logan’s reason for being such an “evil” tyrant was to raise money for the war fund to protect Albion from a Crawler invasion that would nearly wipe out all of its civilians. 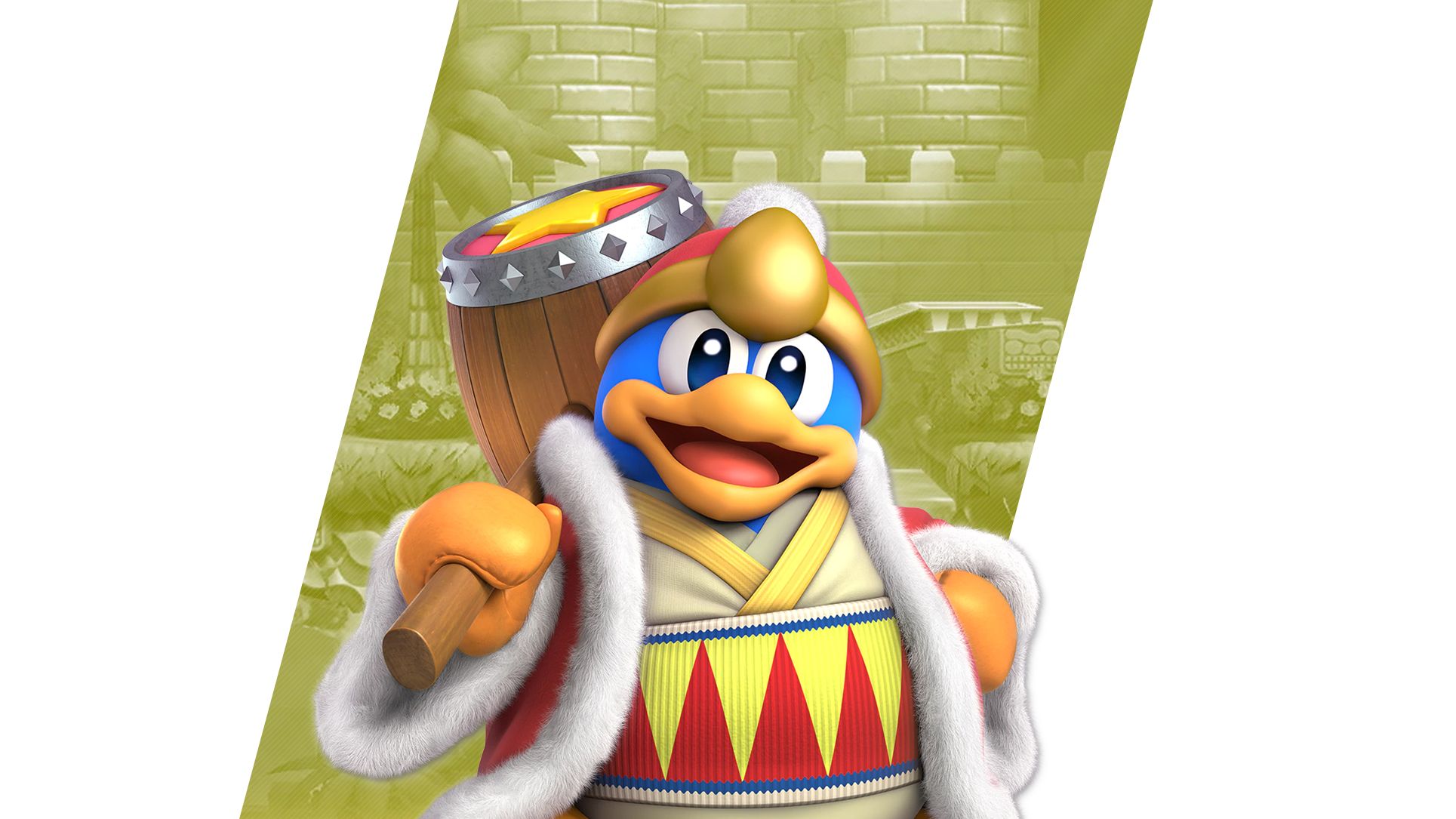 While King Dedede is hardly the worst villain on this list he’s been the main villain in the Kirby series since the beginning. And in Kirby’s Adventure, he steals the Star Rod, an artifact that gives the Fountain of Dreams the power to grant good dreams to everyone in Dream Land. It’s up to Kirby to get it back from him. As it turns out King Dedede stole the Star Rod to keep the evil entity Nightmare from using it to spread nightmares to the residents of Dream Land, by using the corrupt Fountain of Dreams. 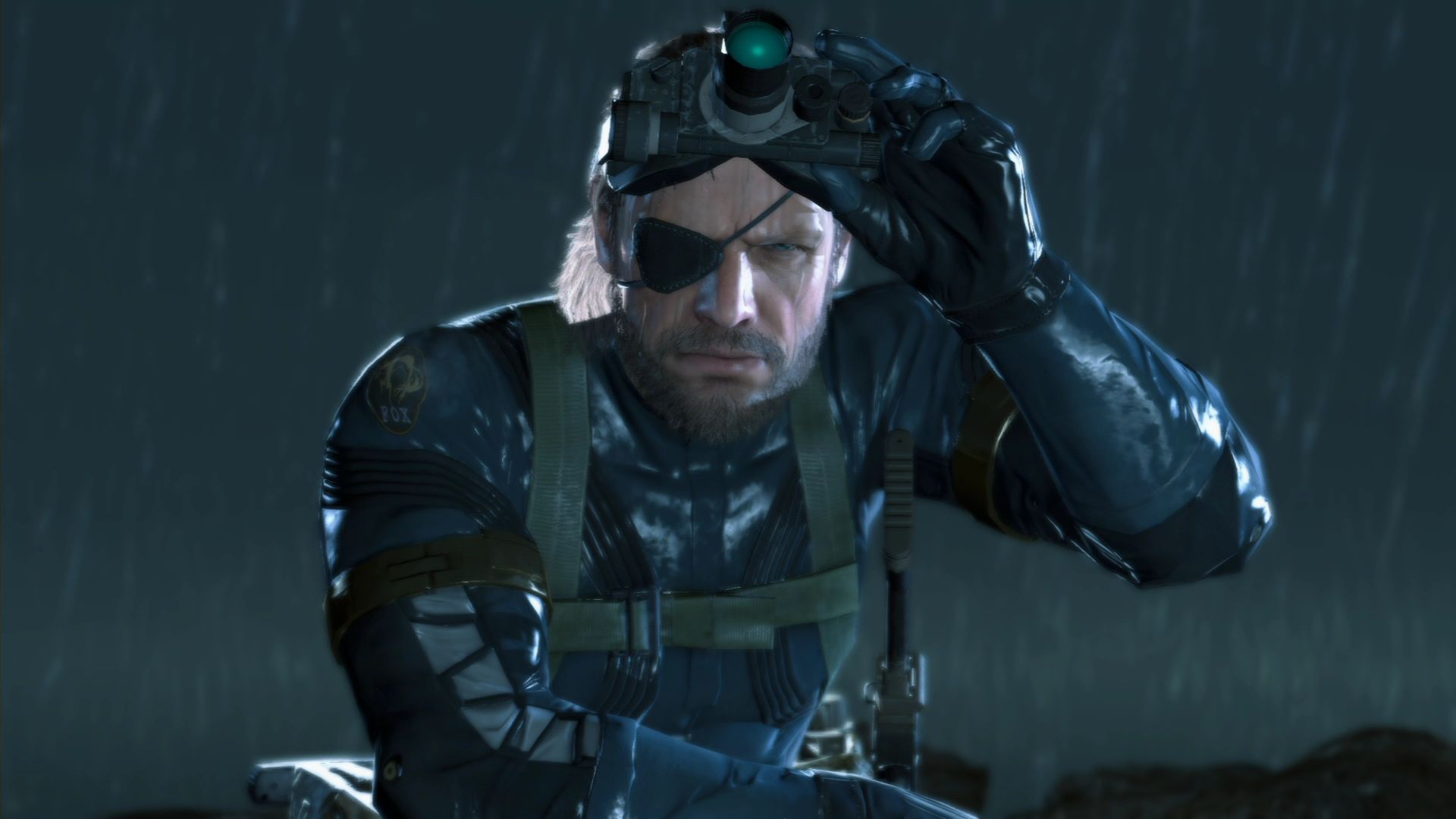 In the Metal Gear Solid series, there are few characters that are more important or were more influential to the plot of the series than Big Boss. Feared by foes and friends for his skill as a soldier, Big Boss is initially painted as a madman who wants nothing more than to drive the world into endless wars.

But the truth is he wished to create a world where soldiers were considered more than just political pawns. While his actions to achieve this goal aren’t justified it’s hard not to feel a little sympathetic towards him. 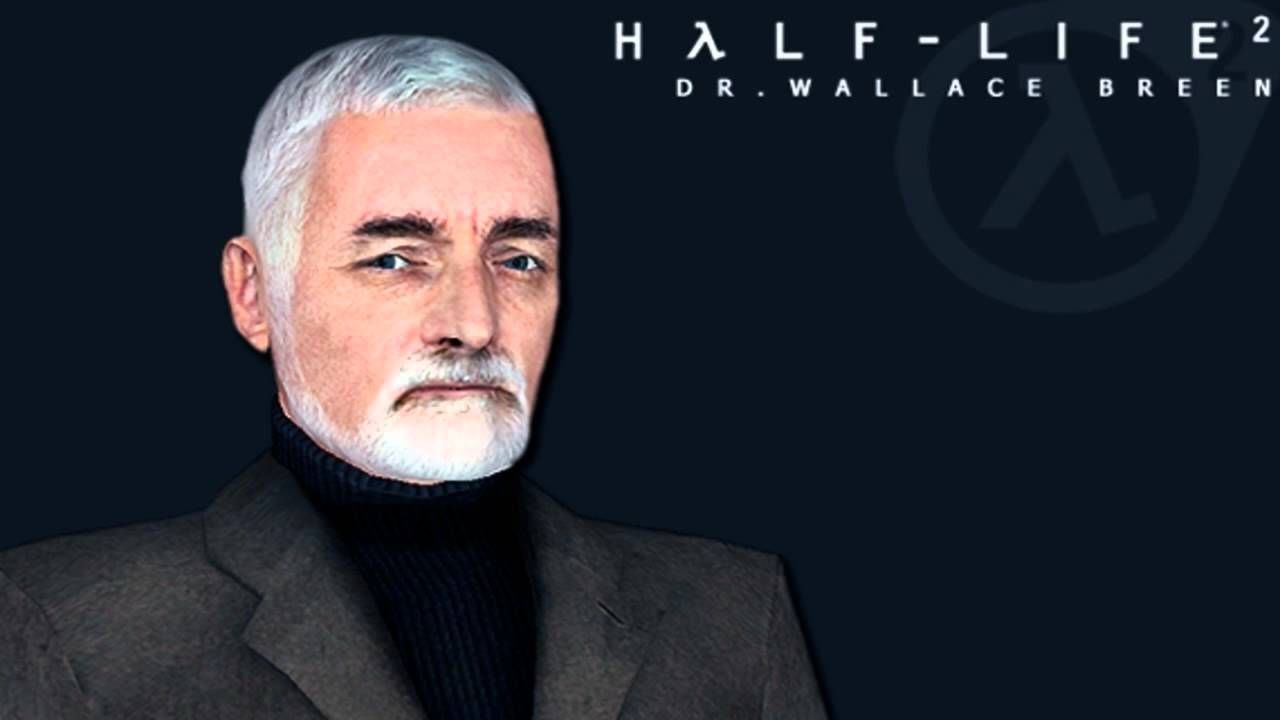 In Half-Life 2, humanity is under the oppressive rule of the inter-dimensional organization called the Combine. And the person directly responsible for that is Dr. Wallace Breen, who the Combine appointed the Earth’s Administrator, making him the villain of the game. Though life under the rule of the Combine isn’t ideal, it’s better than the alternative as the Combine was able to win the war with the Earth in just seven hours and had the power to completely annihilate the human race. Dr. Breen was the one to negotiate a peace agreement with the Combine that saved humanity. 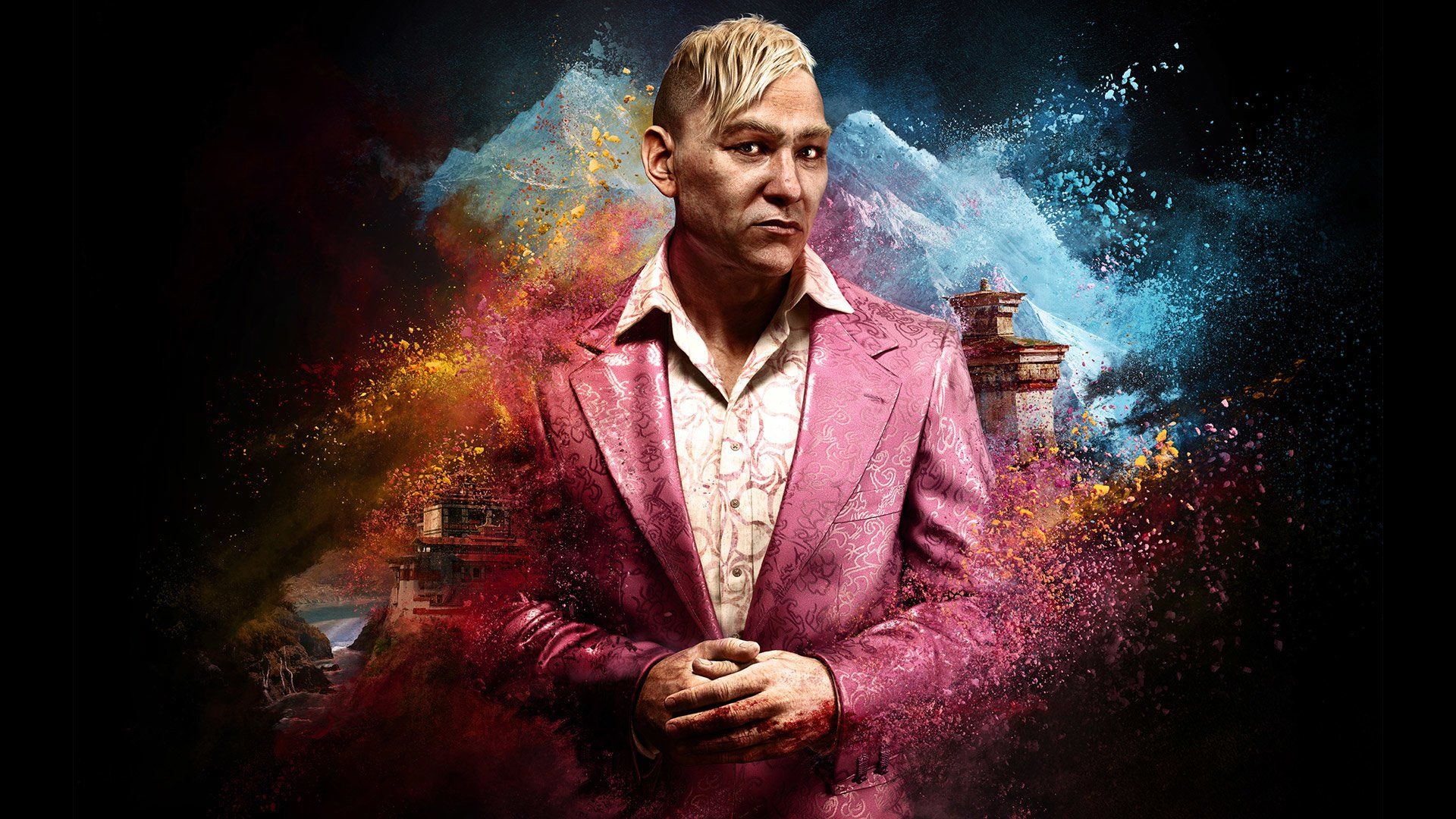 At first glance, Far Cry 4’s villain Pagan Min seems like an eccentric and unhinged tyrant and the Golden Path are the heroes. However, during a scene early in the game, Min suggests that the Golden Path rebels are the bad guys. Playing the game shows that Min wasn’t wrong and they are even worse than him. Min also stays fairly friendly with the player, despite them being in direct opposition to him if they choose to help the Golden Path. He even hands the country over to them if he’s spared at the end of the game.