10 Plot Holes In Resident Evil That Were Never Explained

10 Plot Holes In Resident Evil That Were Never Explained

The overarching story of Resident Evil may expand, but that only leads to more confusion. We look at plot holes that were never explained.

You Are Reading :10 Plot Holes In Resident Evil That Were Never Explained 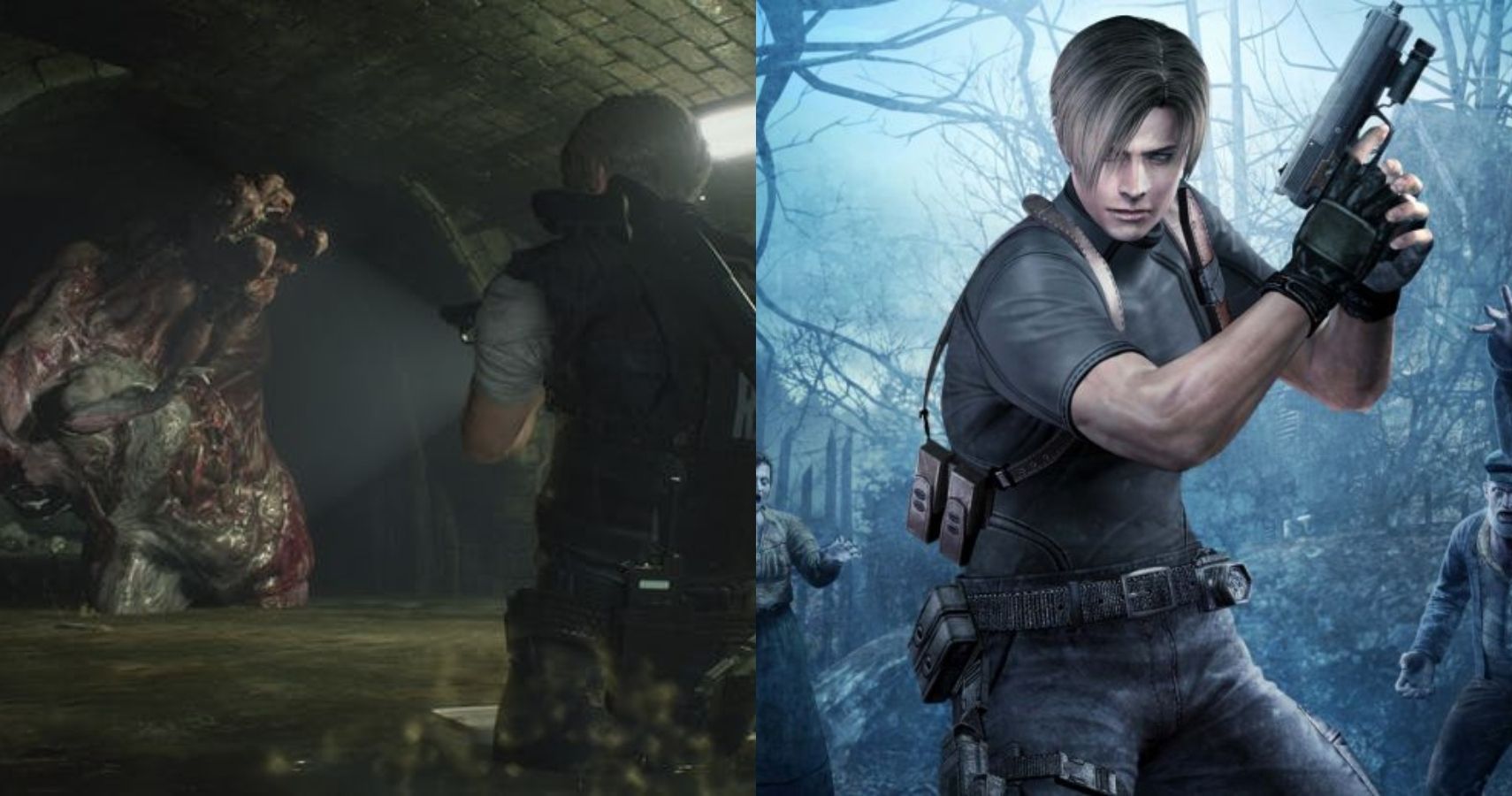 Resident Evil is an undeniably classic series, but let’s not pretend that the story is anything groundbreaking or, you know, good. And while the overarching story and the mythos of the world expand throughout the series, this only creates more questions and plot holes. And let us tell you, the series is filled to the brim with plot holes.

We’re not exactly blaming the writers here (well, we kind of are). Building an expansive world is hard, and it’s only inevitable that various flaws will fall through the cracks. But regardless, these are 10 plot holes from the Resident Evil series that were never explained or answered. 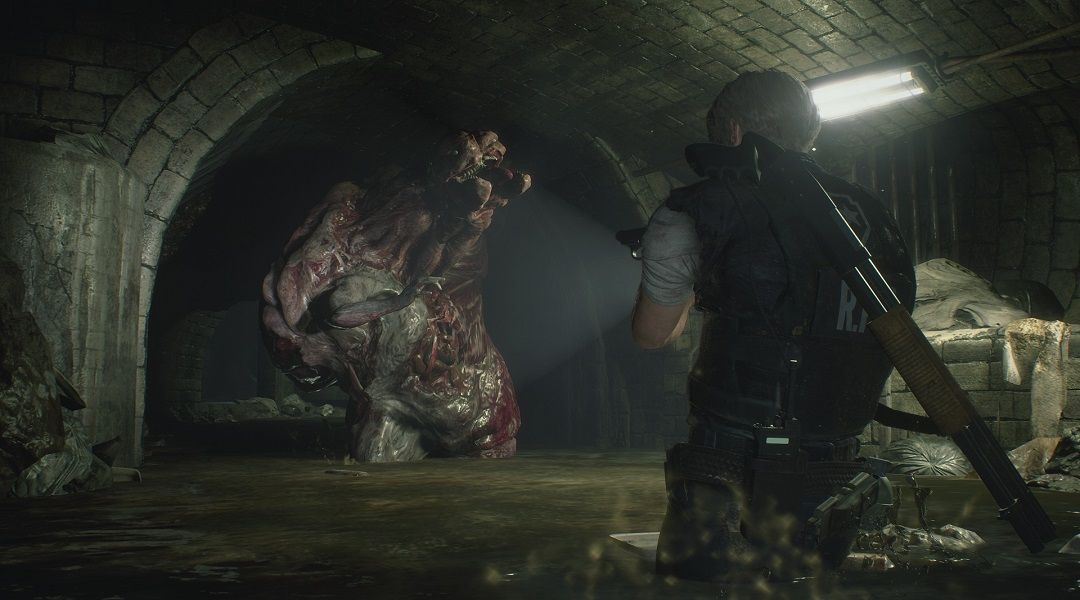 Resident Evil is full of mutated humans that have taken on completely alien physical appearances. For example, both William Birkin and Jack Baker mutate into gigantic, monstrous creatures with absolutely no semblance to humanity whatsoever. But where does all this extra mass come from? How does Jack grow all those extra eyeballs? How does Irving fall into the water as a human and come out a horrible creature as big as a yacht?

It makes absolutely no sense, and it has never been explained. Then again, this is a horror series based around grotesque monsters, so it’s not as if we’re expecting a scientific explanation here. But still… 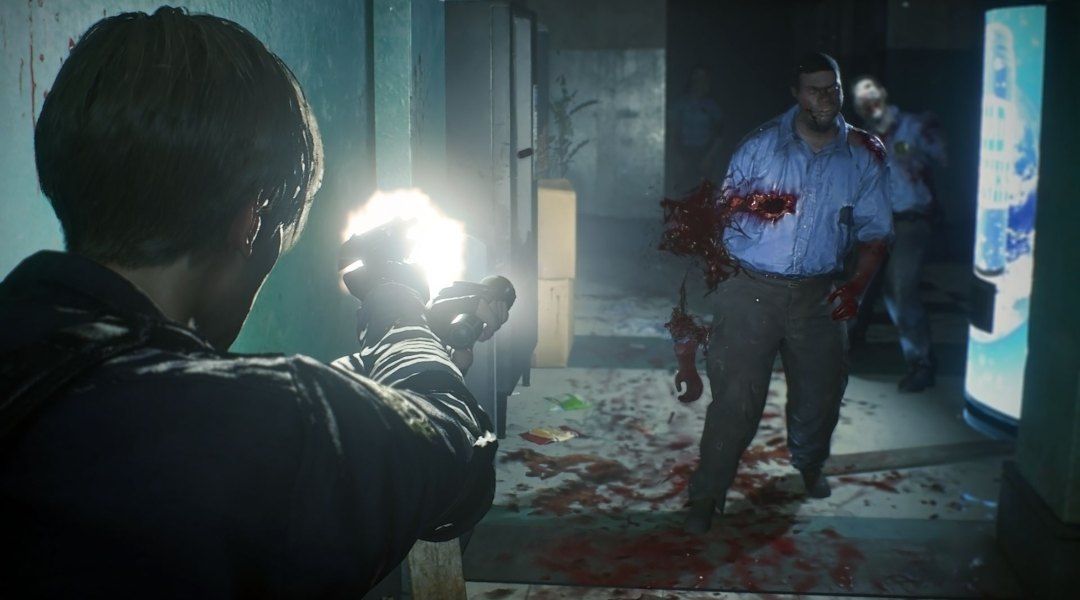 Resident Evil abides by the Golden Rule of zombies – if you’re bitten, you turn. Then why do the playable characters never turn into zombies? We are bitten numerous times throughout the games, yet we never turn. Is it possible that these injuries aren’t canon to the story, but simply a mere gameplay element? Or maybe it has something to do with the herbs we gobble down like candy?

We get that it would make for a VERY frustrating experience having to restart every time you were bitten, but hey, if Dark Souls can get away with ridiculous difficulty…

8 8. Why Do The S.T.A.R.S. Members Not Recognize The Spencer Mansion? 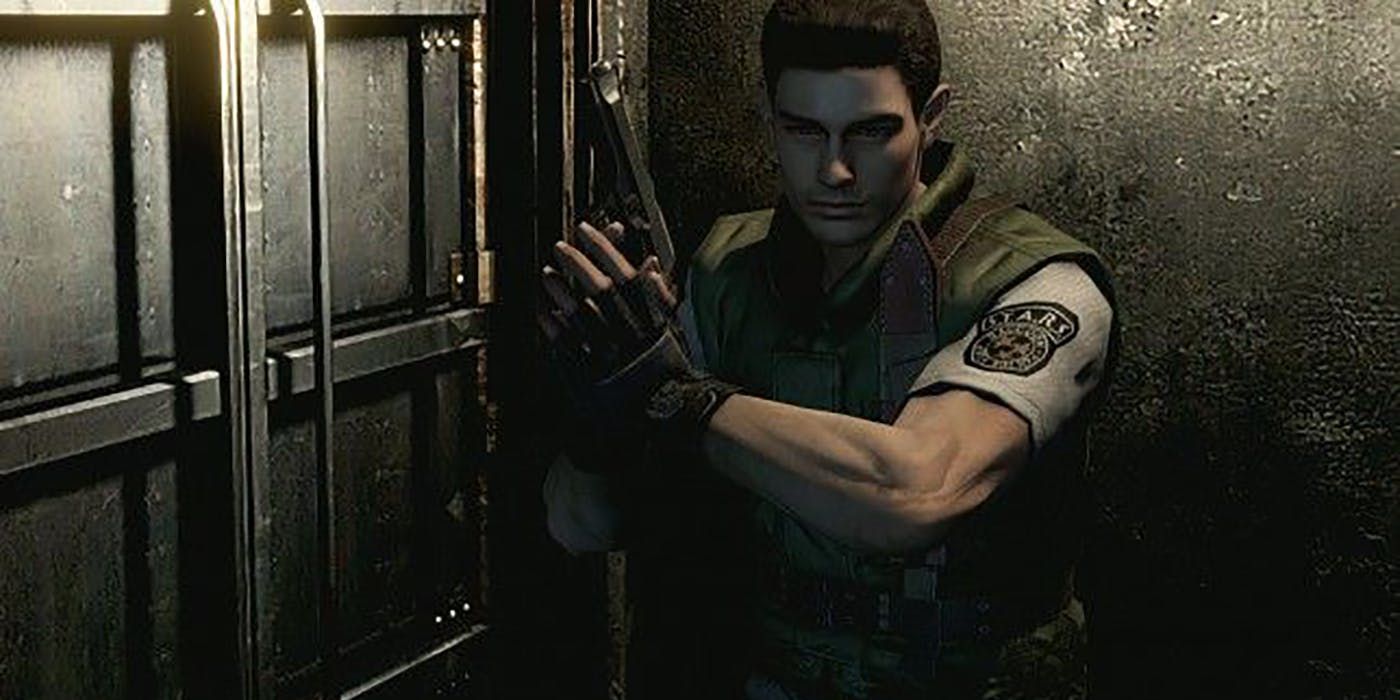 In the first game, no one seems to have any ideas as to where they are. They constantly sprout silly lines like, “Where the hell are we!?” to one another, the implication being that they have no idea what the Spencer Mansion is. However, various notes found throughout Resident 2 and 3 make it pretty clear that the mansion is a well-known part of Raccoon City, so much so that it should probably be common knowledge to all of its citizens.

So why do none of the S.T.A.R.S. members seem to know about it? You’d think they would know about the most important locations of their own city… 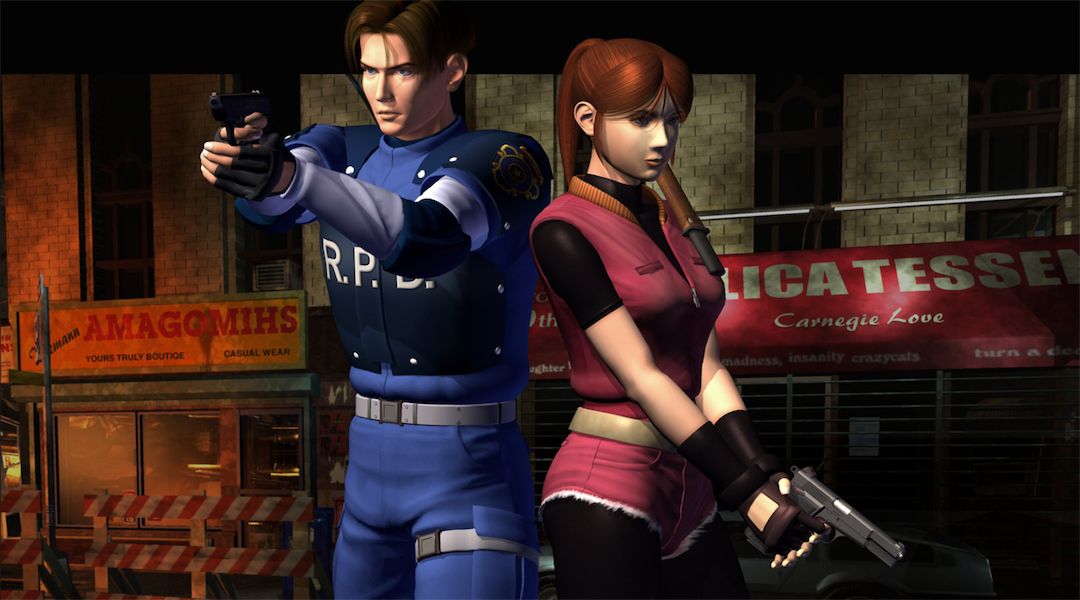 It’s established in Resident Evil 2 that Leon does not yet work for the Raccoon City Police Department. Yet he has a full uniform and functioning sidearm before even making it to the police station.

So, did the RCPD MAIL him his uniform and weapon? That seems…highly unconventional. Capcom obviously noticed this blunder, as the remake has Leon starting in civilian clothes before changing into his uniform at the police station.

See also  Mass Effect The 10 Best Shotguns In The Game 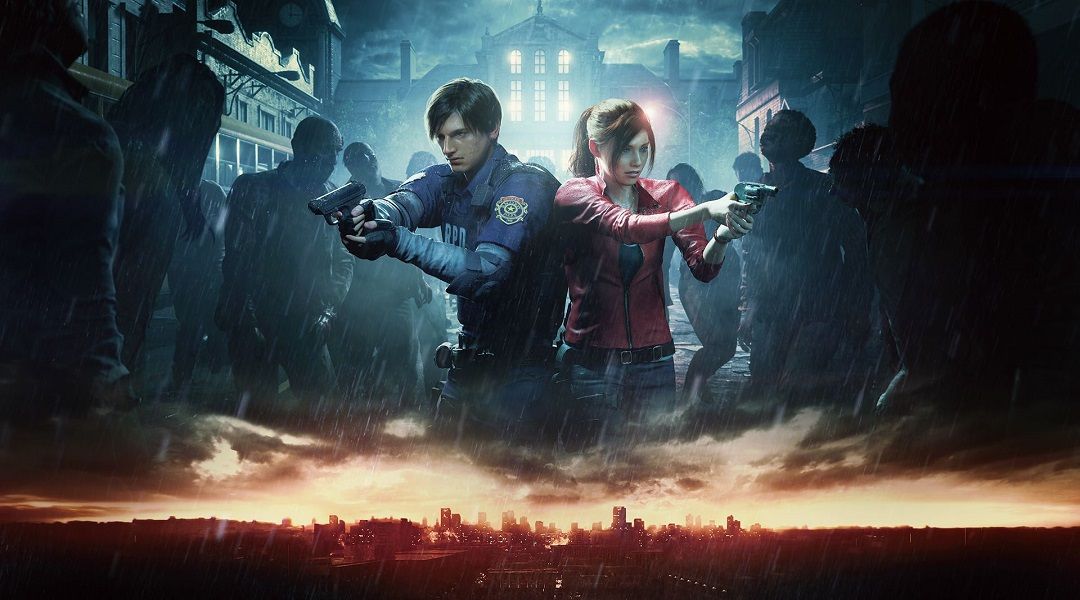 Ben Bertolucci’s plan is somewhat flawed, to say the least. He locks himself in a prison cell to escape the zombies, and while that may work to prevent the zombies from eating him alive, it doesn’t account for things like food, water, or a potential evacuation.

You could argue that he leaves the cell to get food and water, but by doing that, he’s just putting himself at risk, anyway. Why not take the ultimate risk and attempt to leave the city? We don’t see what sitting in a prison cell will accomplish. 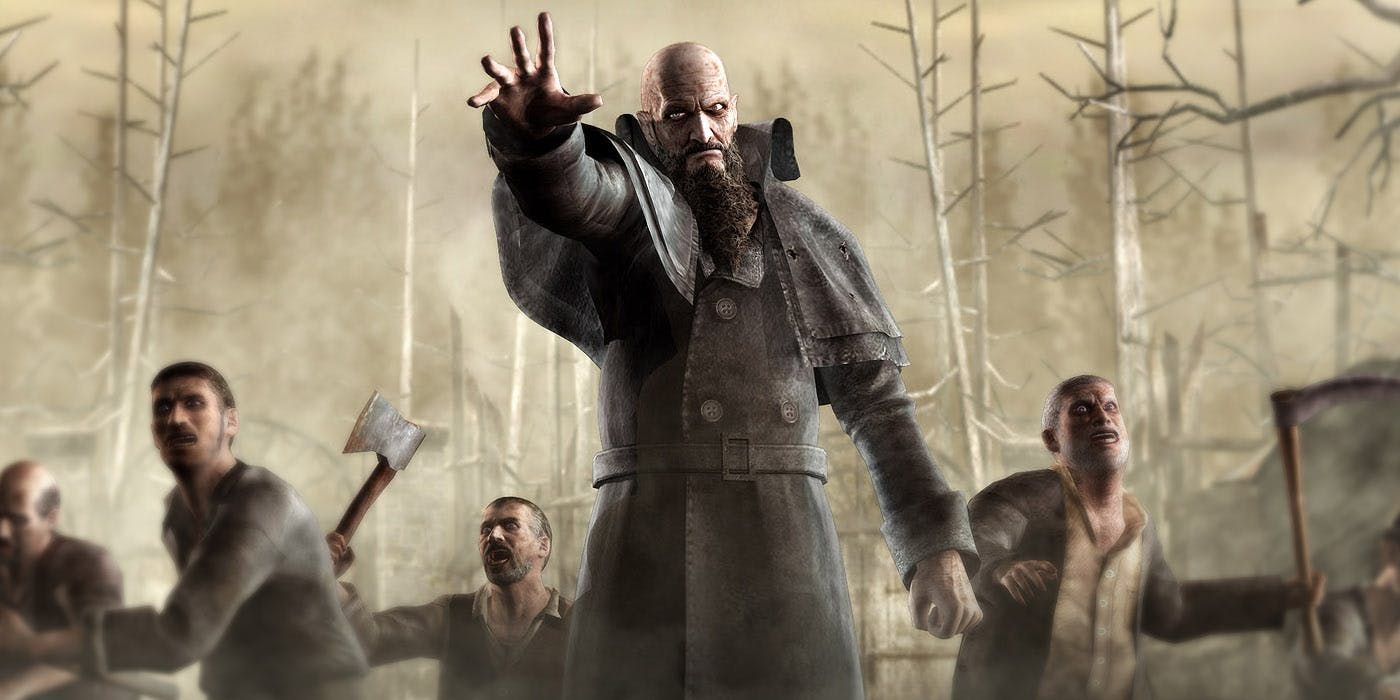 We really don’t know what Mendez was thinking here. Right before the boss battle, Mendez grabs Leon by the neck and starts choking him before inexplicably throwing him away and locking the door. You are then prompted with a QTE, and if you fail, Mendez grabs you, chokes you, and snaps your neck.

So, why throw Leon? Why not just do that in the first place? Did he know that he was in a video game and he needed to prevent an escape for the boss fight? 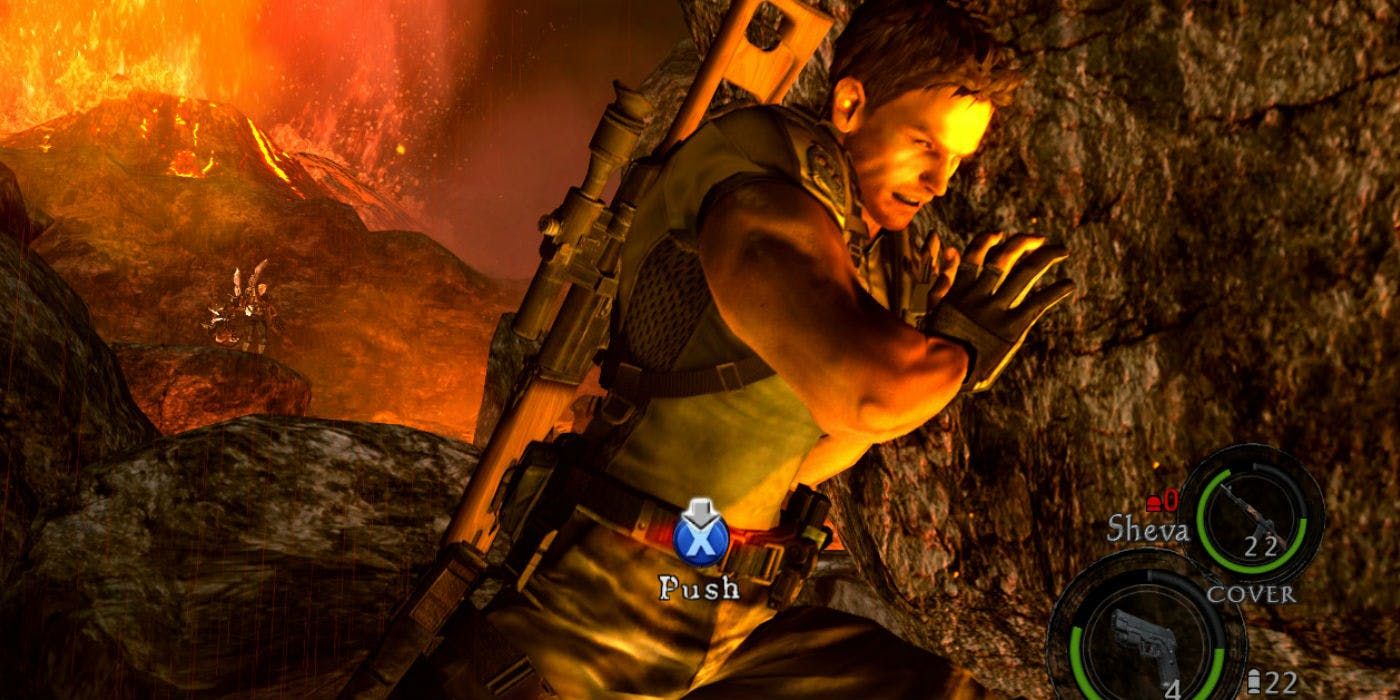 Resident Evil 5 is infamous for that whole “Chris punching a massive boulder” thing, and while it’s certainly funny, it also results in some pretty big problems. You can’t make the argument that it’s a separation of story and gameplay, as the boulder directly affects the game’s story and characters.

So, canonically, Chris did indeed move a boulder by punching it. So, why couldn’t he just punch open all the locked doors he came across? Why spend all that time and energy searching for some stupid key when he could have just blown it off its hinges with one swift punch? 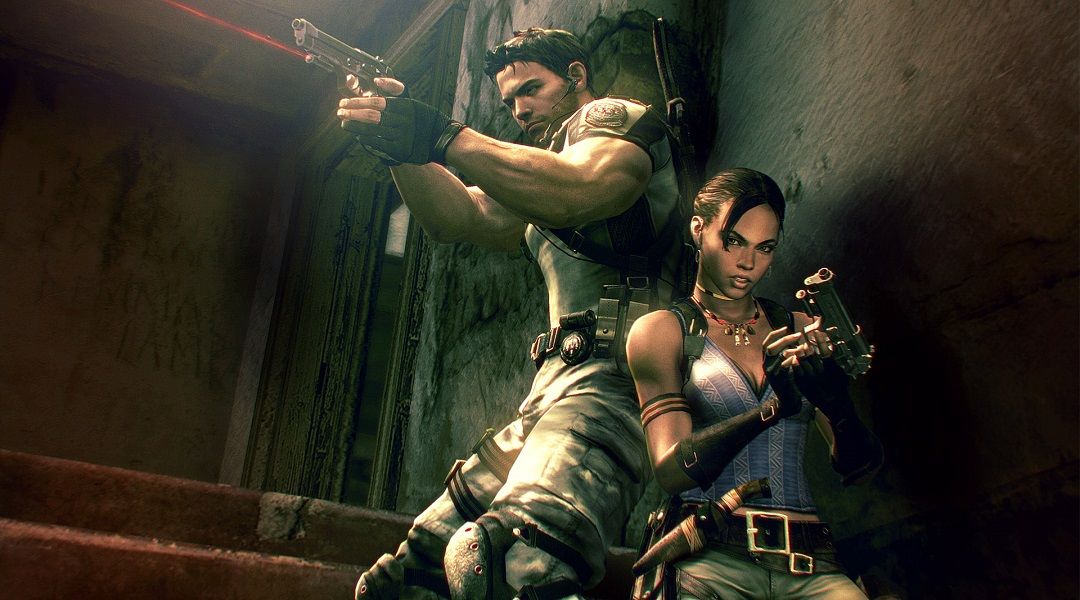 While we’re talking about the finale of Resident Evil 5, we may as well ask – how on Earth did they survive falling into an active volcano? Resident Evil 5 isn’t alone in this, as “the lava level” is a well-known and popular trope in gaming. But that doesn’t give it a free pass!

Chris and Sheva should have been melted into a pile of goo just from standing that close to all that lava. But, not only do they survive, they have the energy to punch boulders and kill a superhuman! We’re convinced that Chris is some sort of superhuman himself at this point. 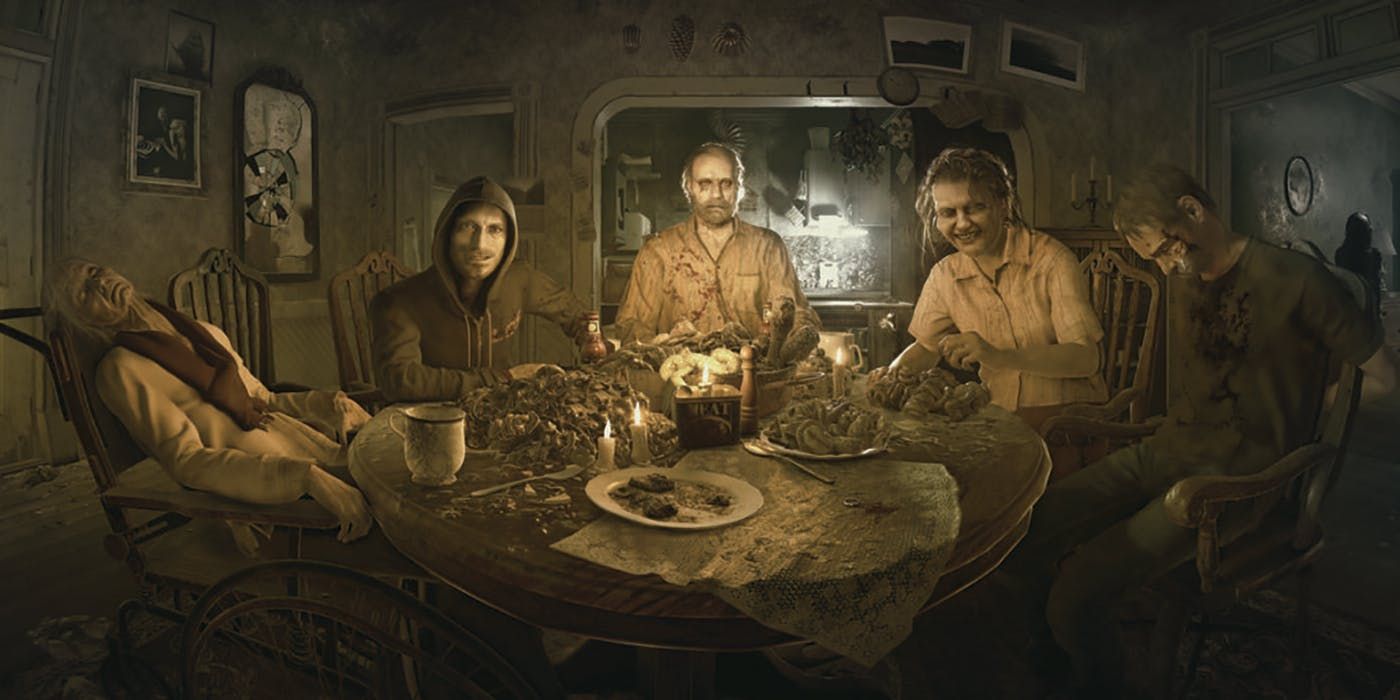 The beginning of Resident Evil 7 starts with Ethan receiving a message from his long missing and presumed dead wife saying that she’s alive in Louisiana. Rather than calling the local police, he goes there himself. OK, fine. But then he discovers a video tape depicting a murder IN THE HOUSE, meets the psychotic Bakers, and even watches a police officer get half of his head sheared off. Yet he never calls the police.

There are functioning phones littered throughout the house, and the police officer definitely had a radio. Why Ethan never used these is beyond us. 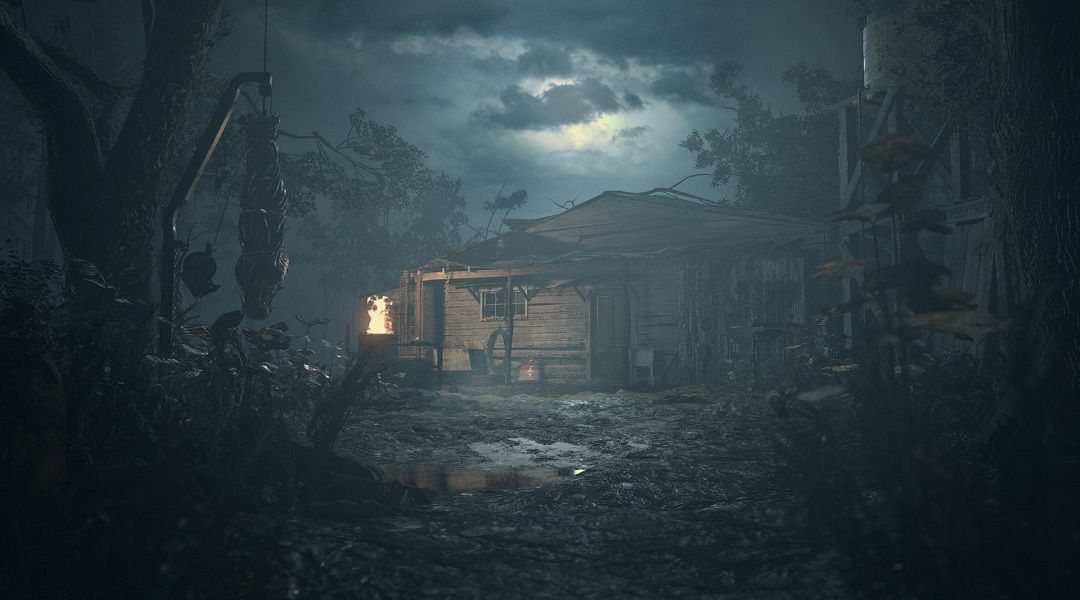 Zoe Baker is an outcast, so much so that she literally avoids the other members of the family. First off, how did she manage to evade the family when her trailer was LITERALLY right outside the house? Secondly, what did she eat? Presumably, she wasn’t eating the Bakers’ food, animals get infected near the house (so no hunting), and Evie calcifies her if she attempts to leave the property, which takes the local grocery store off the table. Did she allow her to make periodic trips to the corner store?